The newly re-developed Goodfellow Centre is an open, airy space that amalgamates the former Library and Learning Commons. It is always a hub of activity during busy times of the day. As the students ebb and flow, some quiet bystanders now rest quietly behind – the work of our Year 9 Visual Arts students who have been exploring the nature of three-dimensional work and installation, with a focus on the work of ‘site specific’ artist, Mark Jenkins.

Similar to the intent of graffiti artist, Banksy - work that appears unbidden overnight - Jenkins is best known for his ‘clear tape sculpture’ of people in often provocative poses. He installs his work in urban areas in thought-provoking and sometimes challenging situations, often with clothes and props to catch the eye of passers-by. They have proved so uncannily life-like that they have been known to spark calls from concerned public to rescue services.

Students who select to study the Visual Arts at Year 9 explore a broad range of media and technique including three dimensional work. This particular unit called on students to work co-operatively in small groups to create a large scale artwork in the style of Jenkins’ work. With a choice of the Goodfellow Centre or the Jack Paine Centre as their preferred location, they were tasked with creating human tape sculptures that were site specific to the installation space they had selected.

The process requires the use of ‘food wrap’ – metres and metres of it! Using each other as the models, the plastic was wrapped thickly round each limb and the torso as separate units then covered in wide clear packing tape. The separate casts were then cut, carefully removed and the joins stuck back together. For obvious safety reasons, a mannequin was used to cast the head!

The resulting sculptures are interesting, quirky, funny and definitely a talking point as they take their place in the life of a busy school. Unlike a two-dimensional work that is confined to a surface, these three-dimensional works have turned a ‘regular space’ into an ‘art space’ as they interact with the people and the environment in which they have been installed. 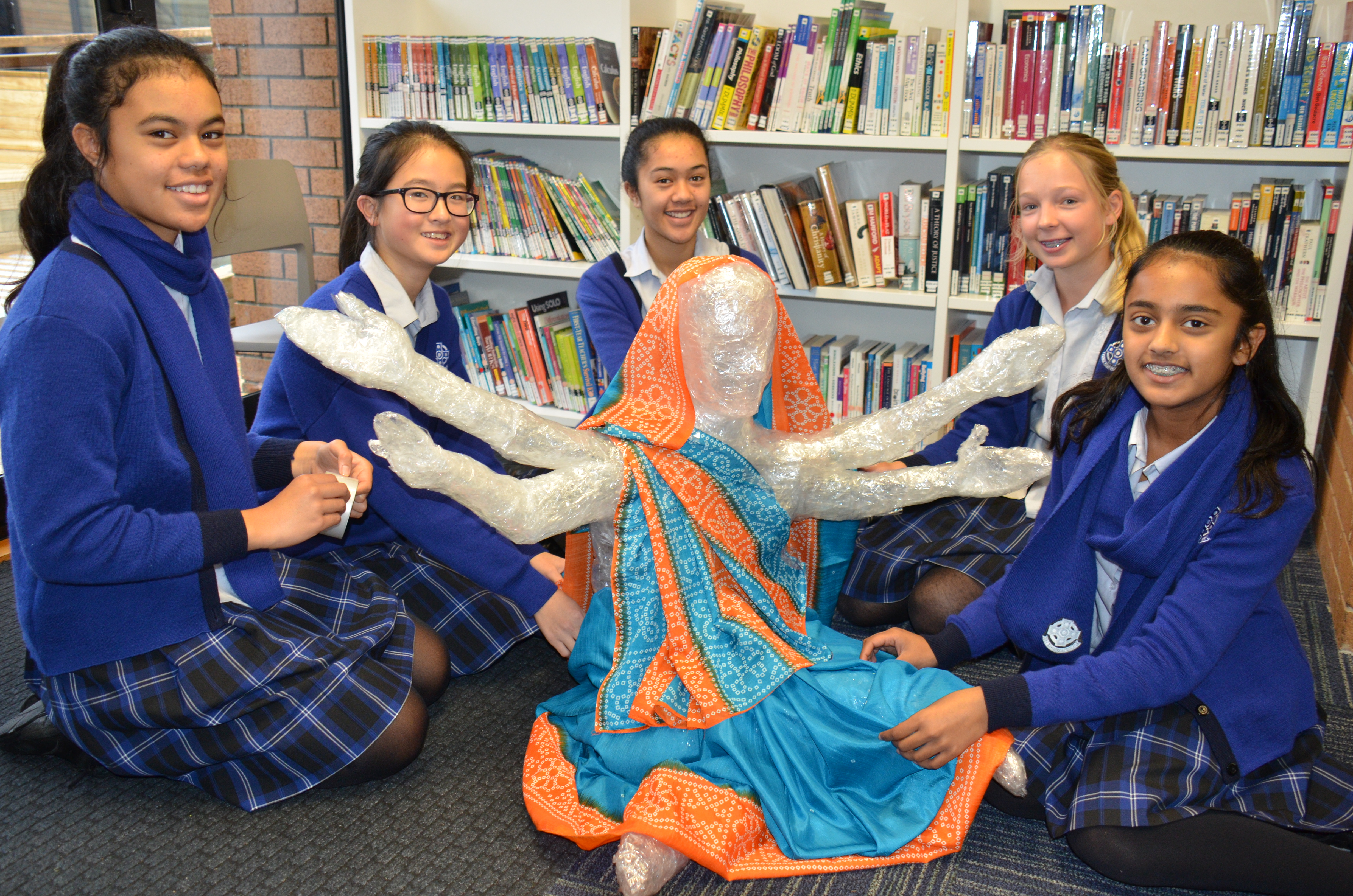 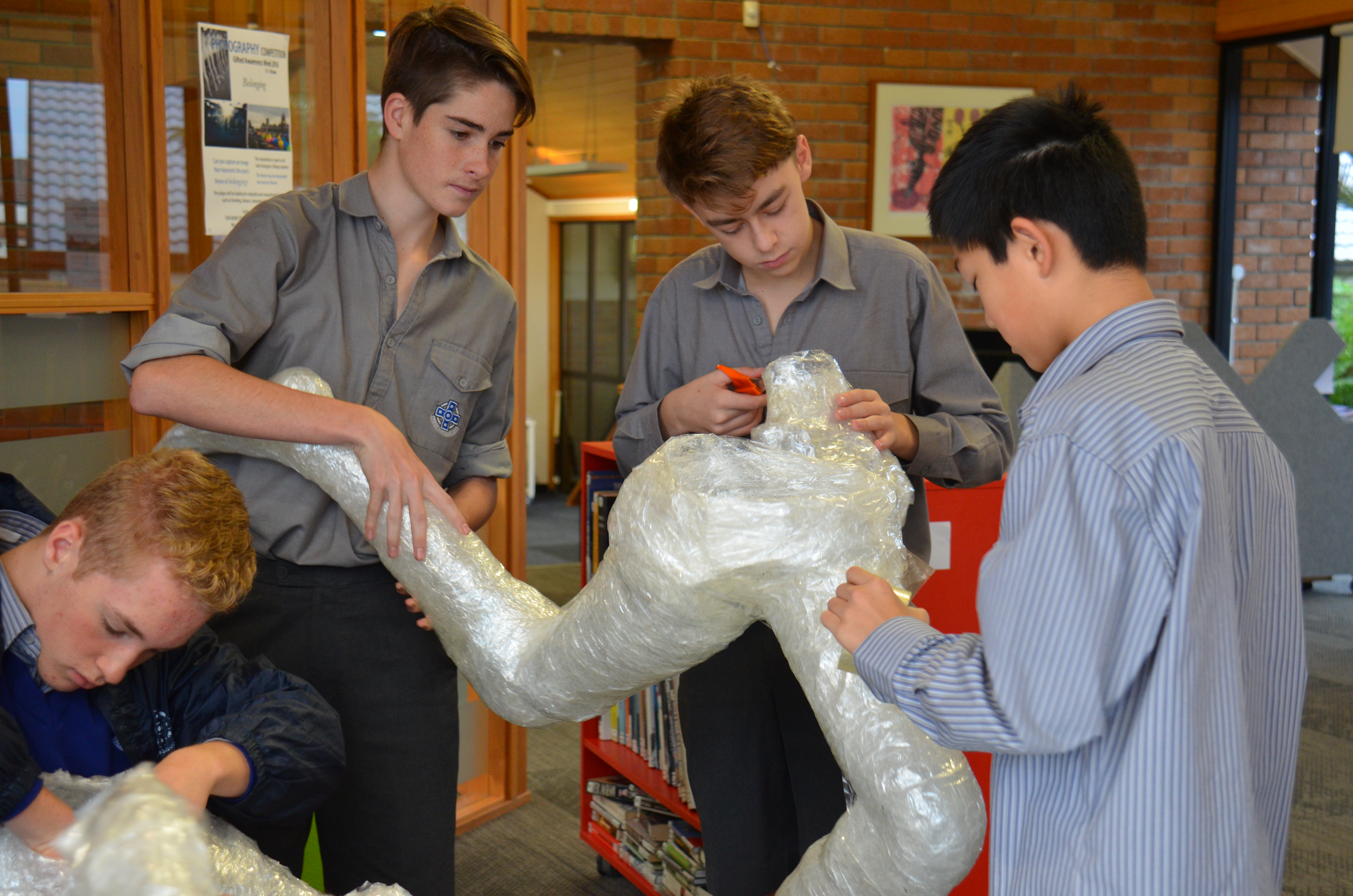 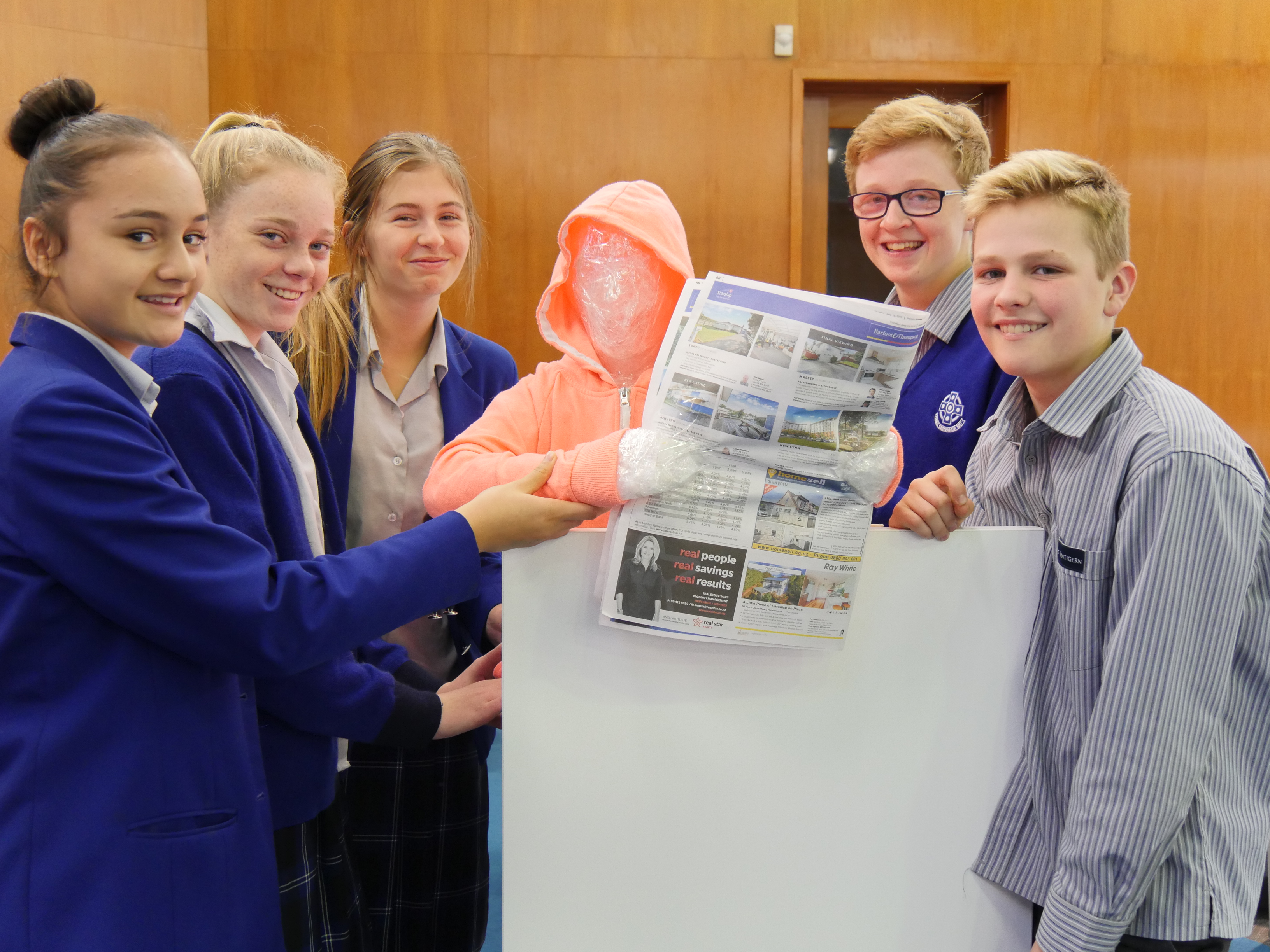