Psalms To Help Make Meaning Of Our World

With thanks to Christian Education teacher, Mrs Susan Mudford

In their Year 11 Christian Education classes, the students have been spending time looking at how people make meaning in their lives, a timely coincidence during a period of Lockdown.

The students looked at a short film describing a meeting between two men, each famous in their own right. Bono is the Irish musician and front man of the famous rock band U2 who produced their own version of Psalm 40. Eugene Peterson was a Presbyterian Minister, theologian, writer and poet. He is probably best known for writing ‘The Message’, a contemporary translation of the Bible.

Whilst both men clearly have a Christian faith, they also have quite different approaches to life. Bono is used to the life of a rock star, crowds of people and instant recognition. Whilst also famous, Eugene Peterson was not one for the spotlight and certainly didn’t seem interested in the world of rock music. He had never heard of Bono.

In watching the story about Bono and Eugene Peterson, it was hoped that students would gain an understanding that Christianity and the Bible is about practical, ‘real life’ stuff, the ups and downs of life. It doesn’t gloss over the harder aspects of life and it certainly doesn’t pretend. As one of the students said, ‘The main idea from Bono and Eugene Peterson’s story is that, while the world is not perfect, it is the world that we live in and we need to be real about it. We shouldn't live in fantasy worlds that we make up from the best of everything, but live in the real world and make the real world better rather than make a fake world the way we want.’

What brings Bono and Peterson together is their faith and their love of poetry and music. And so started a discussion with the students about the Old Testament book of Psalms.

The book of Psalms is a collection of songs, prayers and poems written by different authors over a long period of time. There are Psalms that ask for help, for protection, for justice, for forgiveness, and for punishment of enemies. Some are very personal while others represent the whole community. Some show anger, frustration and despair, as well as hope, determination and faith. All of them are written as people tried to make meaning of the situation they found themselves in. Psalm 26 for example, was written at a time when the well-educated Jews of Jerusalem had been taken captive and exiled to a foreign land. They were trapped, fearful and isolated. Their world had been turned upside-down. Perhaps similar to how some of us feel about life during Lockdown.

The Psalms were a way for people to express how they were really feeling about all aspects of their lives. For those who read the Psalms today, they can provide comfort and meaning.

With this as a background, the students were asked to ‘write their own Psalm.’ They could choose any topic and use a medium of their choice.

The video of Millie’s performance can be viewed here: https://youtu.be/x8hIGywjO0c 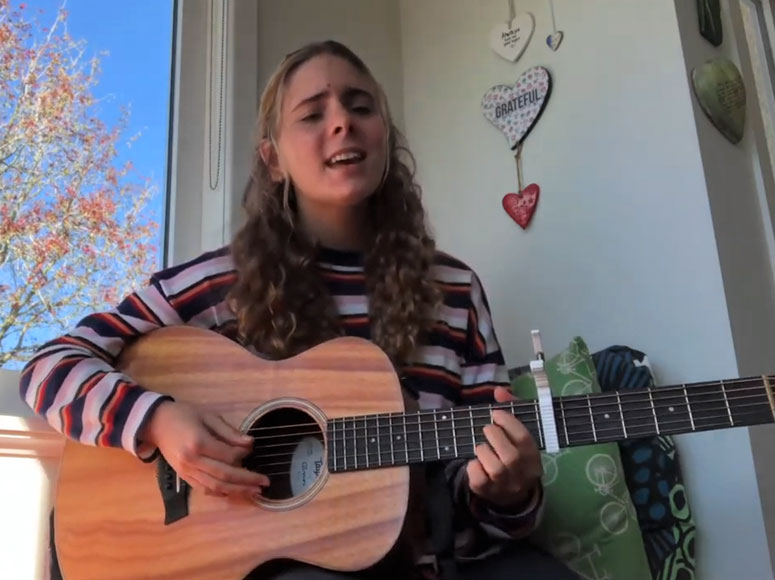