On the final day of last term, three Boys’ School students, Sam Harnett, Cameron Dean and Jack Webber, along with two Girls’ School students, Vivian Pettigrove and Jorja Hendricks,  travelled to Scots College in Wellington to take part in the ‘Presbyterian Schools Song Project.’  Alongside more than 30 choristers from Presbyterian schools from all over New Zealand, they were off to learn and record a new choral work, ‘Pioneers of Hope’ by Rev Malcolm Gordon in celebration of the era of ‘school centenaries.’

‘When we got to Wellington Airport we were met by a Year 13 student from Scots College and escorted to a shuttle bus. From there, it was a short five-minute drive to the Scots College Campus and we were taken to the hall to meet rest of the choir. Everyone was really friendly and there was a buzz of excitement in the air.

Once everyone arrived, one person from each school had to stand up, say the names of their group and rate from 1 to 10 how excited they were to be there. There were lots of 10s a couple of 9s and one girl got really ambitious and put in an 11!  Next we were introduced to our conductor, Mr Lisi and the composer, Rev Gordon.

Mr Lisi took us through some warm ups and then introduced us to our new song. Over the next few hours we practised the lyrics and notes repeatedly so that we knew the song back to front and inside out. Mr Lisi was very entertaining and kept everyone in high spirits. After a quick lunch we were invited by the Scots College boys to go on a tour of the school. This was very interesting and we realised that it is not too different to our Saint Kentigern community.

We headed back to the hall for a quick confidence-boosting final practice, before heading to the recording studio. A recording set-up was a new experience for the students, and it was really fascinating to see how the recording process worked. They talked to us about different concepts like sound absorption and explained the importance of the microphones being in exactly the right position.

Our music teacher, Mrs Chatterton did such an exceptional job as an accompanist helping us practise and learn the music on the day, that the composer decided we should record two versions:  one with the piano accompaniment and one with a pre-recorded soundtrack. Unfortunately, there was no piano score for the first version, so Mrs Chatterton simply improvised!

We sang the choral version first, gave it our best and on our fifth try had a perfect run! We then went on to do the fun one to the soundtrack and nailed it second try! Then we had to do the trickiest thing yet: stay silent while the whole soundtrack played over so that they could remove it from the original recording so that they just had our voices left. Once we had finished all of this we sang the song one more time just for fun and then we were done!

We finished with an impromptu recital of ‘Piano Man’ with one of the Scots College boys playing the piano and another boy doing a great impersonation of Billy Joel.  Overall it was a truly awesome experience and our students most grateful for the opportunity.

A movie was made of the day and we can’t wait to see it!’ 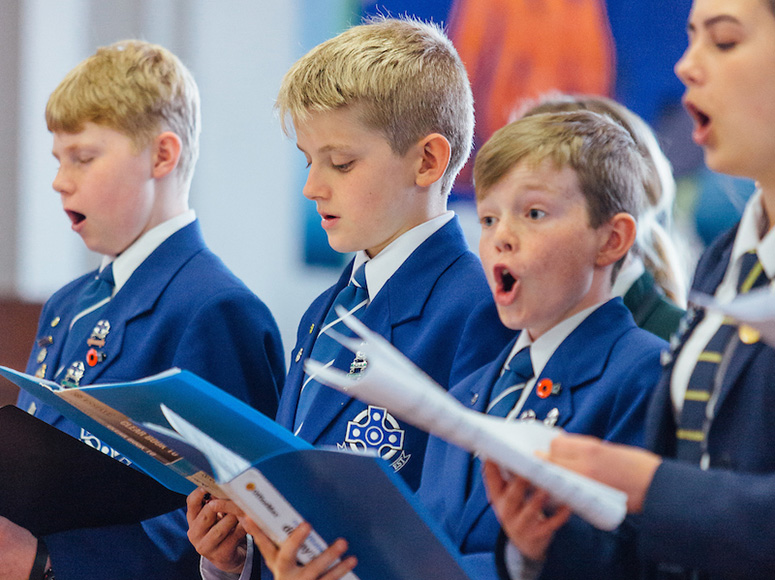 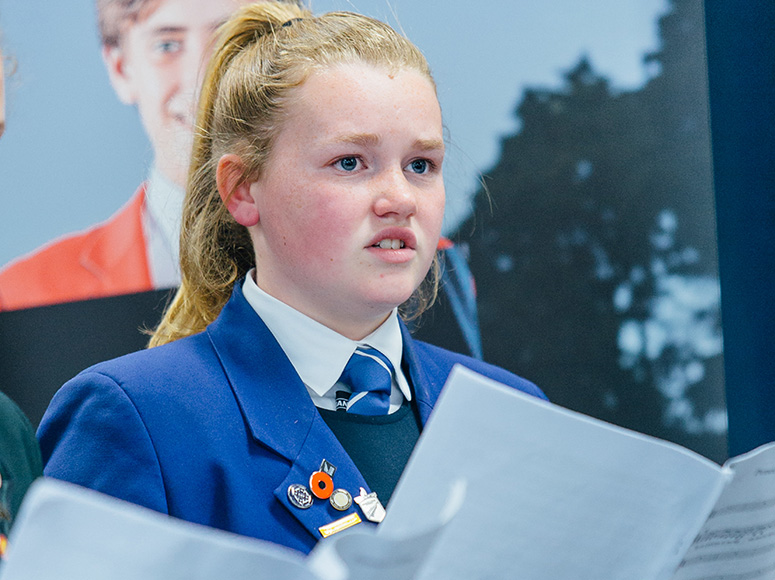 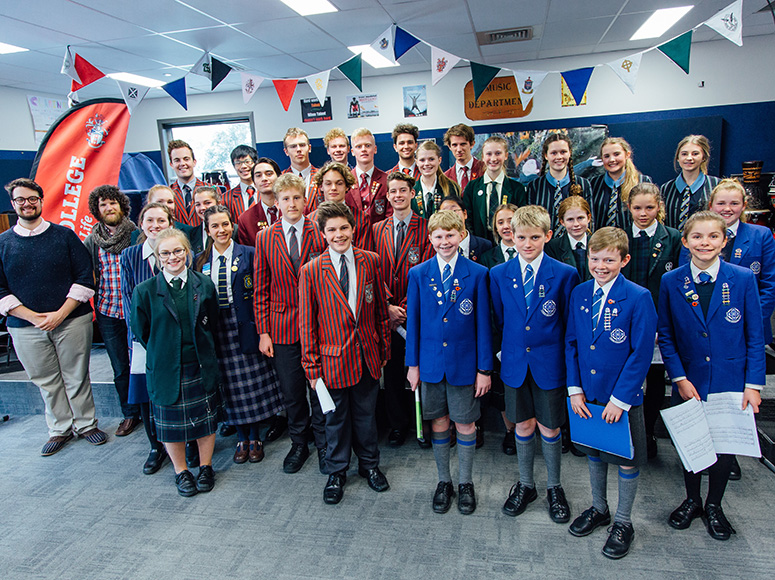