With the 32nd Summer Olympics coming to a close in Tokyo, there was great excitement at the Girls’ School as their own Middle School Olympics got underway.

Athletes of all shapes and sizes from around the world gathered in the classrooms to prepare for the Opening Ceremony. They came with interesting stories about their homelands, their sports, training regimes, personal skills and attributes, their likes, dislikes and favourite pastimes. In the interests of a fair competition, their vital statistics – height, mass and girth – were on display for all to see. Wearing well-designed clothing and waving the flags of their home country, the athletes were supported by their coaches – and all were focussed on the chance to compete for a gold medal and a place on the podium.

There was, however, a distinct difference between these competitors and the finely-honed athletes in Tokyo. They were not selected for an individual sport but were expected to be multi-disciplined and take part in every sport on offer. And, just to clarify, they were all potatoes – not of the couch variety, but good, down to earth, recently dug up, garden potatoes!

Yes, the Potato Olympics came with comprehensive teaching and learning opportunities in maths and social science – as well as a good dose of humour!

In readiness for their week of sporting events, the Middle School girls welcomed Olympic Ambassador, Anna Willcox, Olympian number 1245 tell her unique story, inspiring them to be brave, try new things and live by the Olympic Values.

And then it was ‘game on!’ Having dressed their potatoes, showcased their research and narrative writing skills, by preparing the background stories for their ‘athletes,’ and paraded them at an opening ceremony, it was down to the competition! All eventualities were prepared for, including contingency plans for possible potato injury!

This is where the girls’ mathematical skills – and imagination - were firmly put to the test! Required to design, test and create a Potato Olympic event they could share with others, the girls got down to work. A potato may not be able to run, but it can roll. Does the shape make a difference and does a round potato have an advantage over an oval one? How will the potato be rolled so it is fair? Is a ramp required? How will this be measured and built? A potato can’t swim but it can dive into a bucket of water – how much water does it displace? Can a bobsled or luge track be built? How will this work? What materials are required? How will the outcome be measured? By time or by distance or a combination of the two? Shot put? A potato can’t put a shot but it can be a shot. What equipment would be required to slingshot a potato through the air? What is the impact of weight on distance? What is the impact of force on distance? How will this be fairly measured? And how do you respond to a potato that sunk the skiff when the rowing event got underway? With a good laugh and a rub down with a paper towel!

Every step of the way, the girls were called on to demonstrate their mathematical skills of measuring length, mass, time and displacement of volume. They collected statistics, analysing and displaying their data, noting the mode, mean, median and range. They prepared an Olympic magazine, developing layout skills with Coursera. Whole class data was collated and shared through spreadsheets – and the winners were found!

To complete a week of learning and fun, a closing ceremony was held and the winners announced, as proud as any Tokyo athlete to receive a medal…on behalf of their potatoes! 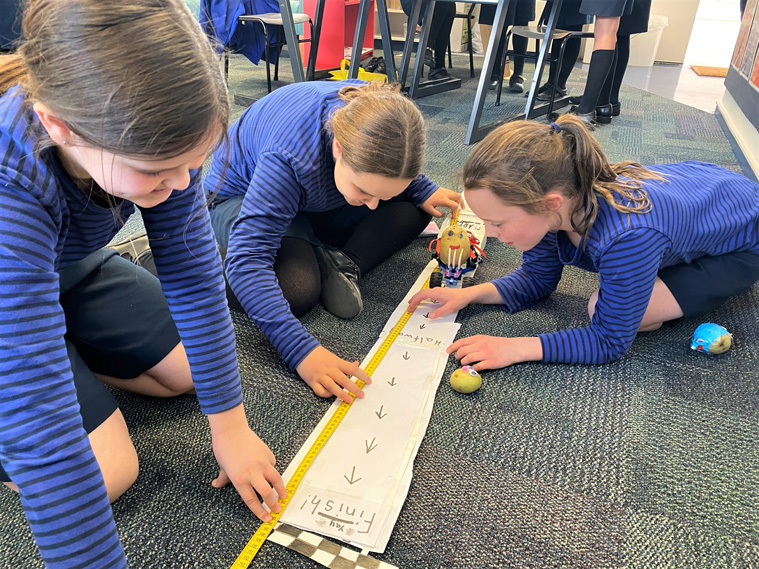 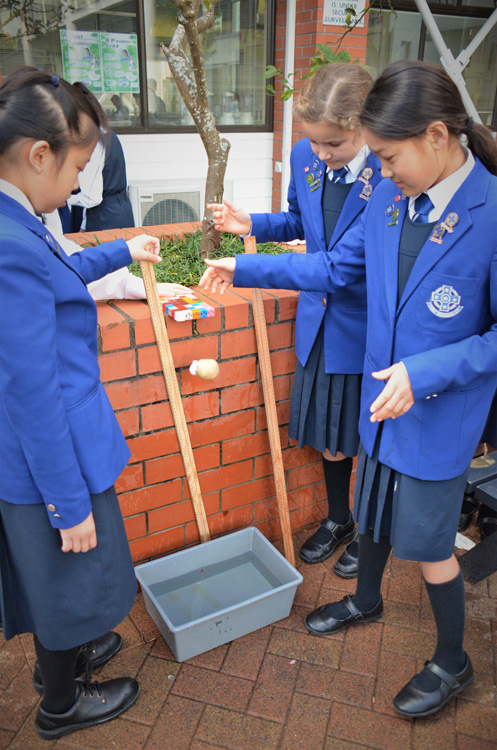 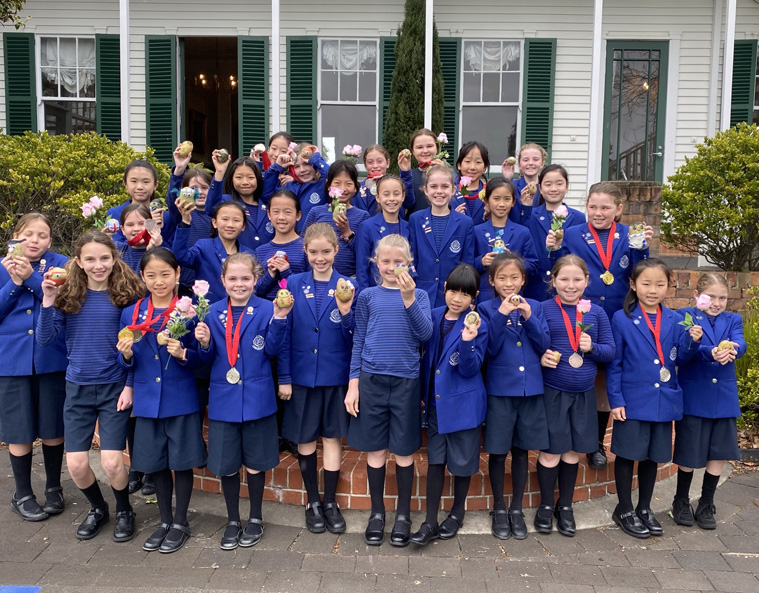