Saint Kentigern College had pleasing results at this year’s Chamber Music Contest. The Contest, in its 54th year, is a coveted competition for the top classical instrumentalists working together as chamber musicians.

In this prestigious competition, groups are carefully cultivated with personality and repertoire choice, with university tutors involved in coaching the musicians. As this is an open contest, rather than a school event, our students were entered either as part of a Saint Kentigern group and/or part of ‘mixed-school’ ensembleto encourage the best results.

This year, we entered 10 College groups, as well as five mixed groups including some performers from other schools in the Auckland rounds. The musicians performed well-polished and professional pieces which resulted in four groups being selected to play in the semi-finals which took place on Sunday.

Well done to all the students who performed, especially to the ‘Delamére’ musicians who won Best Group Overall with their interpretation of the first movement of Edward Elgar’s piano quintet in A Minor.

We wish all the performers the best of luck at the North Island Rounds in two weeks followed by National Finals in August.

Delamére – Best Group Overall Award for their interpretation of the first movement of Edward Elgar’s piano quintet in A Minor.
Ian Chiao and May Zeng, violin - Rachel An, viola - Regina Baek, cello and Ashani Waidyatillake, piano.

Wicz – Highly Commended for their interpretation of the Marcin Markowicz String Quartet No. 2 in a version for cello quartet.
Esther Lee, Marcus Ho, Regina Baek and Masha Pavlenko, cello 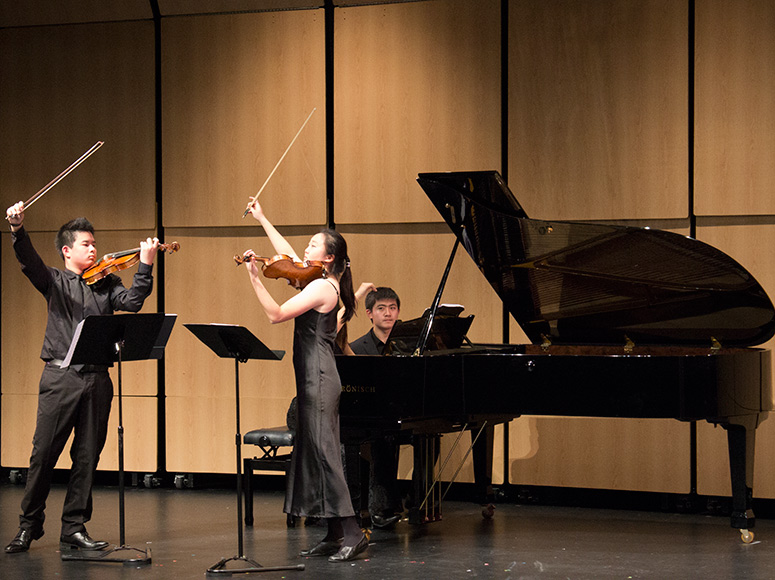 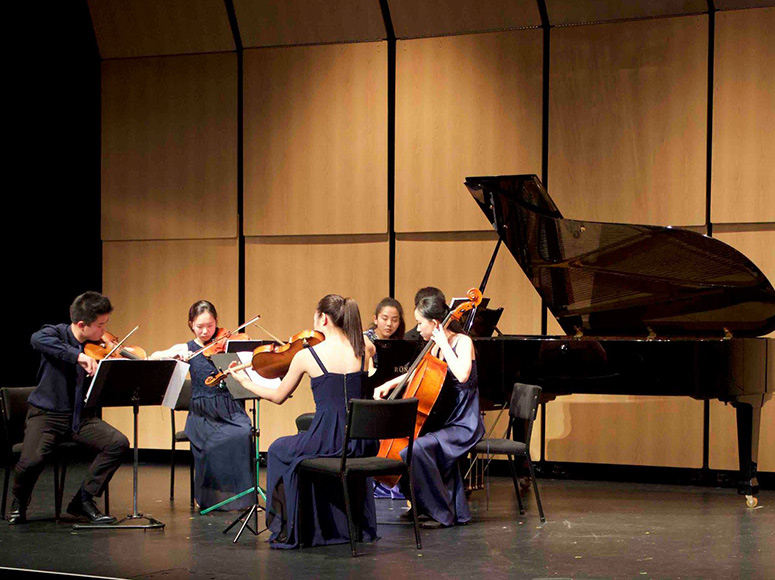 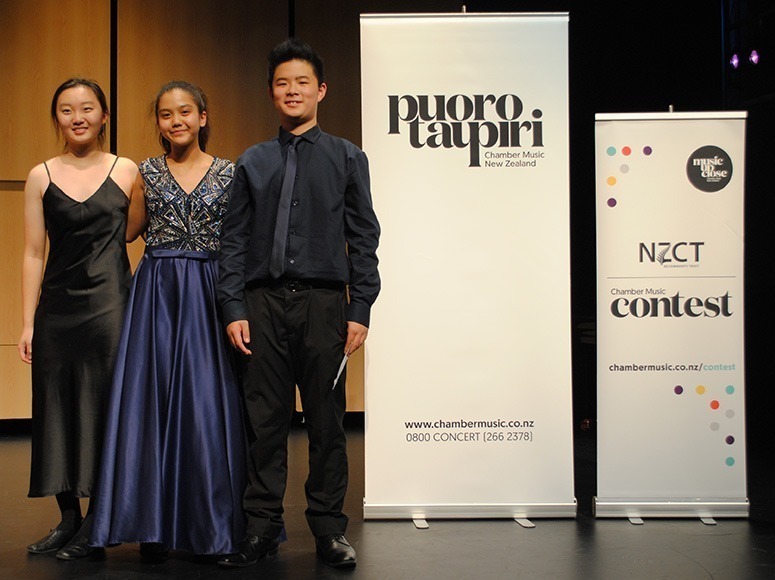