Play Series One: Year 11 – Zero for the Young Dudes and Wheeler’s Luck

NZQA Standard 1.6 ‘Perform an acting role in a scripted production’
With thanks to Drama Teachers, Ms Naomi Wilson and Ms Sara Standring

I like theatre which is a call to action. In a world where we are encouraged to ‘teach into the unknown’ creativity is a key skill our students must learn. Using theatre to explore what it means to be human in a world dominated by technology is important, not only for acting process but also as a 21st century learning opportunity.

Alistair McDowall wrote ‘Zero For The Young Dudes’ as a reaction to Brexit where 82% of 16 and 17 year olds said that had they been allowed to vote, they would have wanted to remain in the European Union. This sparked debate around how we acknowledge and act on the voices of the future generation.

The play is set in a dystopian contemporary or future world where there is a war between adults and teenagers. Teenagers are asking for an unbroken future with ‘Clean air, Housing for everyone, free Healthcare, Equality, no money, no ownership’ (Scene 12). This has prompted the establishment of teenage camps which are described as being something between a correction camp and Camp America; a curiously absurd concept. The teenagers are sent there (or volunteer themselves) to reform and stop from becoming rebels. In a series of Orwellian events, they are encouraged to hurt each other as punishment, take on hard or banal labour, are sent to solitary confinement, their letters home are heavily censored and their education is falsified to favour the adults’ propaganda.

We have taken the violent image of a grenade, which the students give out to each other and have replaced it with books as the children have been stripped of real learning and access to knowledge.
The influence from this came from Malala's story of how she fought for the right for education for girls and the lengths she went to to ensure freedom of thought and rights for all. As a group, we decided that the books, as a symbol for the grenades, showed an explosion of knowledge the students are desperate for.

We were also influenced by Greta Thunberg and her protests for action on climate change. Much has been reported in the media on the criticism she has received, mostly from adults. However, we were struck by her passion and resilience especially in the face or resistance. We researched influential teens and discussed what it means to be heard and to be ignored and what it would feel like to have your rights taken away. We used this as character development in rehearsals – writing letters home, thinking up mind-numbing punishments, hot-seating each character and creating their back-stories.

We costumed the teenagers in a grubby t-shirt and shorts combination, which was reminiscent of a uniform, as we wanted to give the play a sense of the stripping of identify, which the adults in this fictitious world want to impose on the young people. In contrast, the one and only guard in the play is dressed in a shirt and tie with smart trousers. We liked the idea that although he looks like an 'adult' this is also some sort of uniform or a way to keep him compliant.

This is an ensemble piece, the actors make up the world of the play when they are not directly in the scene. The students gained a range of skills by working independently in small groups to bring their own scenes to life and working in a whole group with clear and fast-paced direction of sometimes heavily choreographed work.

The final image is powerful. We learn through the play that the teenagers have been planning ‘something’ at 10.15pm. The audience know a room inspection is planned on all dorms, in all camps worldwide at the same time. So, the students having gathered their 'grenades' meet the unseen guards, raise their grenades in rebellion before lowering them slowly, opening them and finally - they read. The snap to blackout leaves this image imprinted on the audience.... The idea of knowledge as truth, of teenagers taking back their future by being informed, and of the true force of education which is much more powerful than bombs.

Wheelers Luck by, is a play written by three young New Zealand actors (Toby Leach, Nigel Collins and Damon Andrews) in 2004, whilst all trying to make work for themselves instead of sitting and waiting for their agents to call. What resulted was a very successful and funny play about rural New Zealand and the colourful characters that live there. The plot revolves around a developer from Auckland trying to transform the rural town of Bell End into the new ‘Queenstown’. The land gifted to the people by deceased landowner, Nora Cox has significant historical and cultural to the towns’ people. Emotions run high as the fate of the land is determined by the annual bareback horse race. Themes of community, democracy and justice run strongly through the play.

Because this is a modern New Zealand play, the students can identify with each of their characters and the research is very accessible. This can often involve basing the roles on their own colourful family members. We were very fortunate to have the playwright, Damon Andrews come in and spend time with the students on the context of the play and give individual character notes to the students.

As part of the rehearsal process, students were asked to bring in their own costume. This is an important part of the journey as by choosing their garments they are thinking as the role,and making decisions based on what they would have done. This helps deepen their understanding and development of character.

This was a wonderful night of theatre by our Year 11 students. Taking on opening night in the Play Series was a challenge but they have set the bar high for the two nights to come! Well done Year 11! 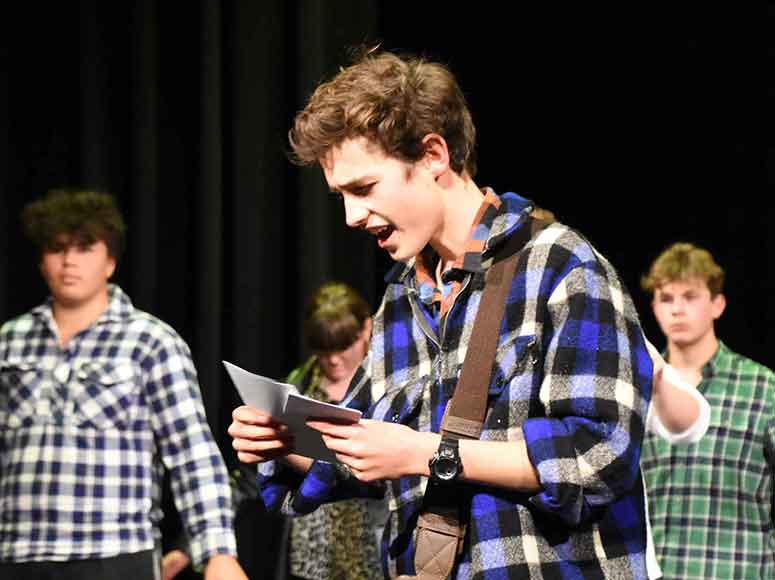 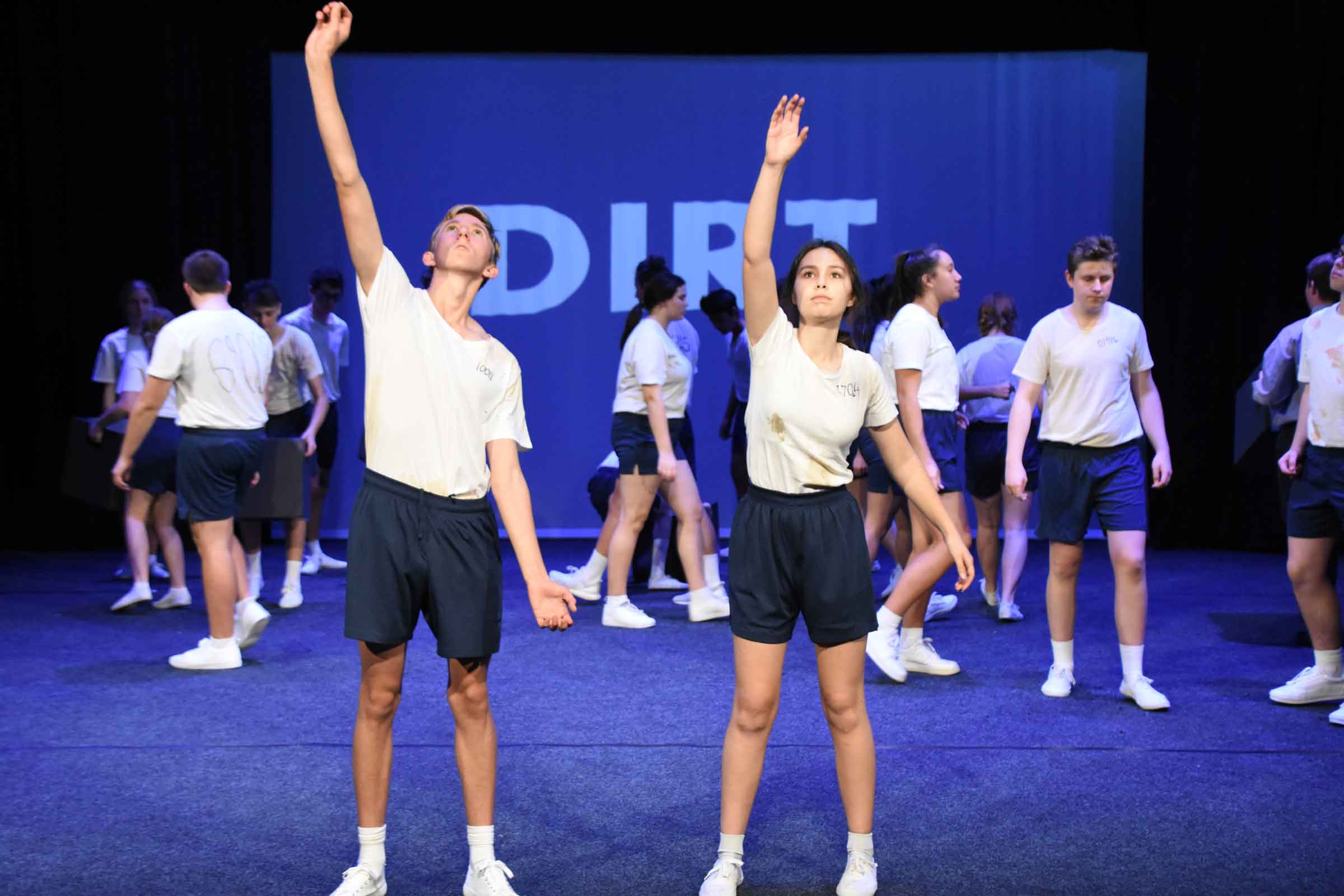 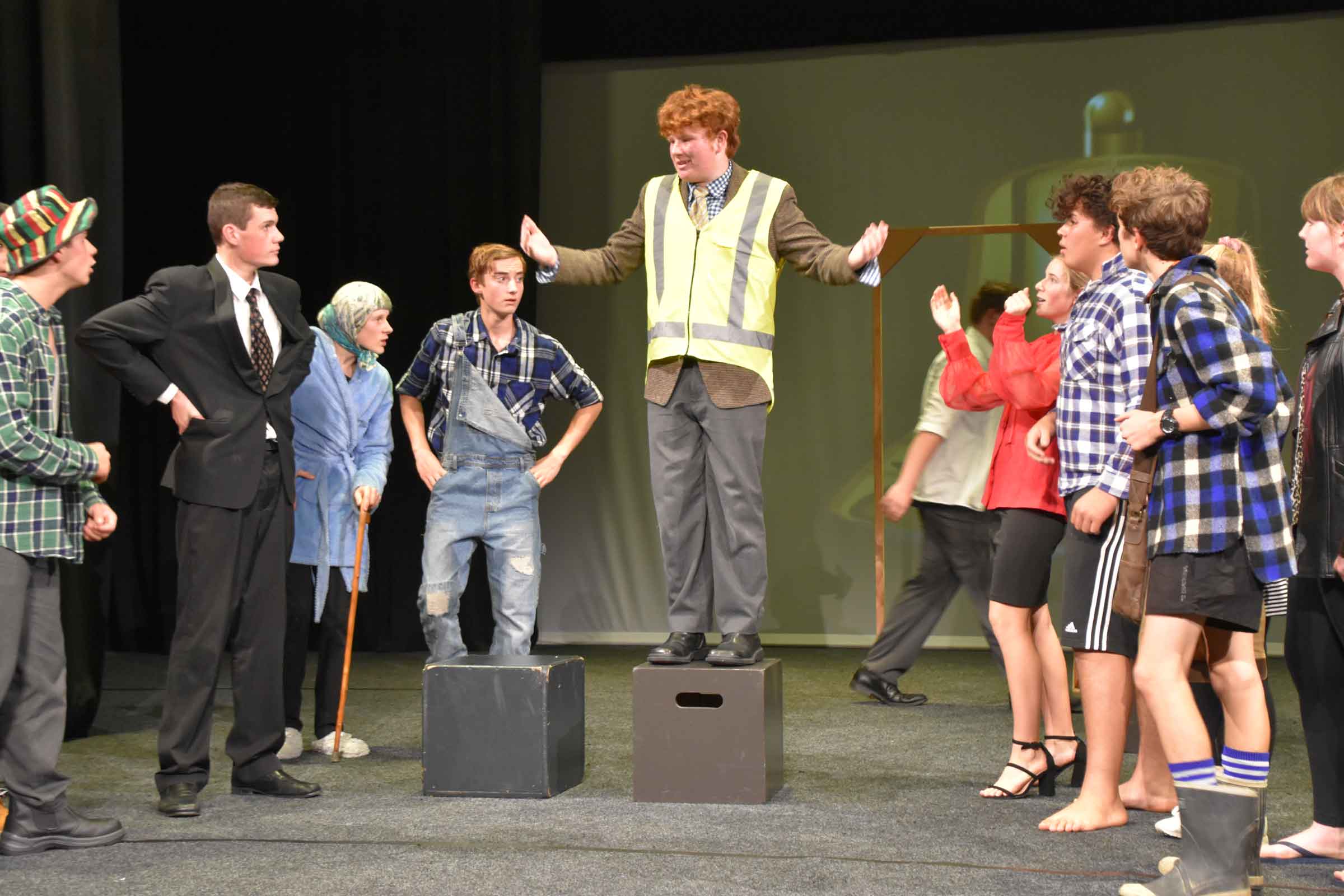 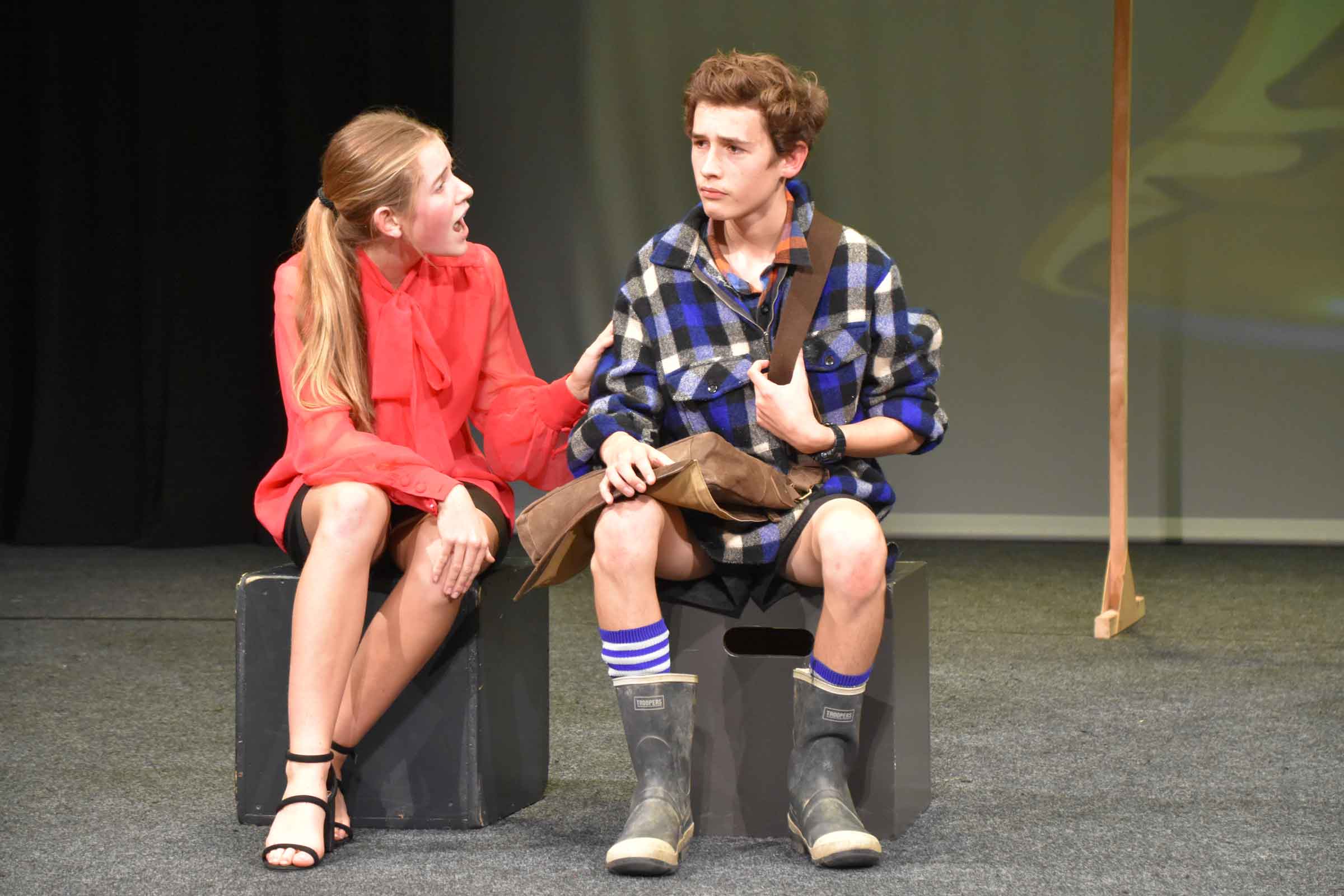 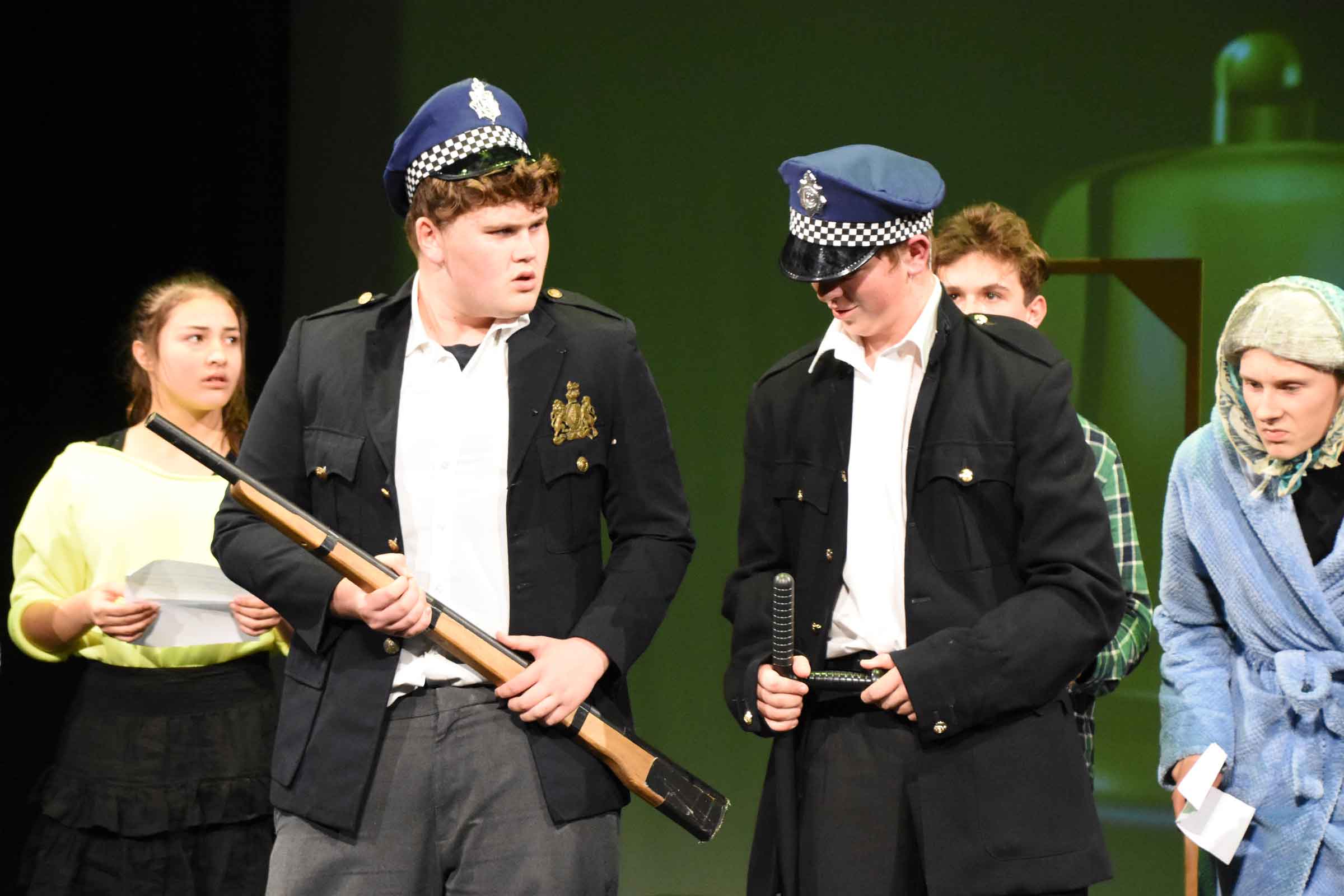 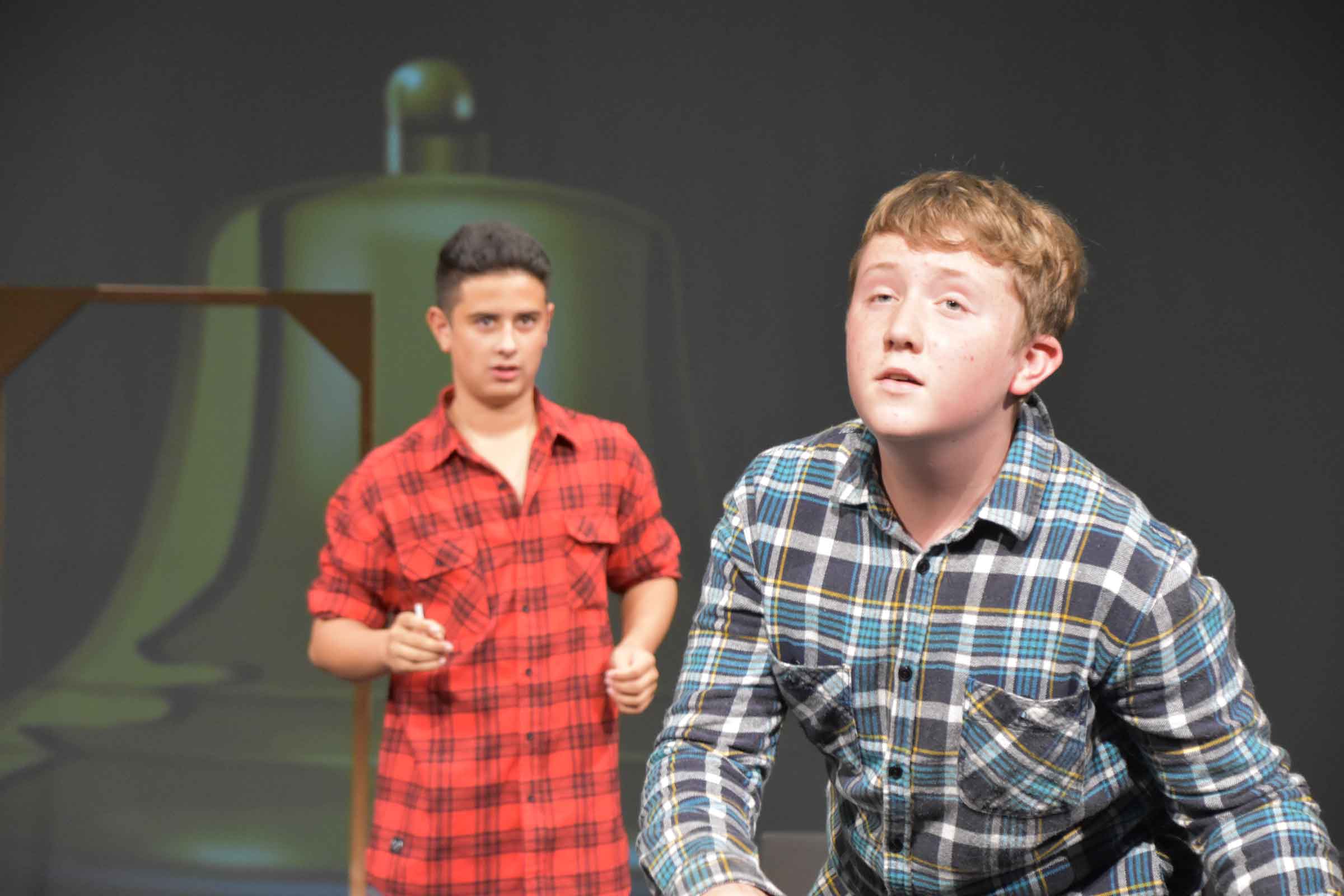 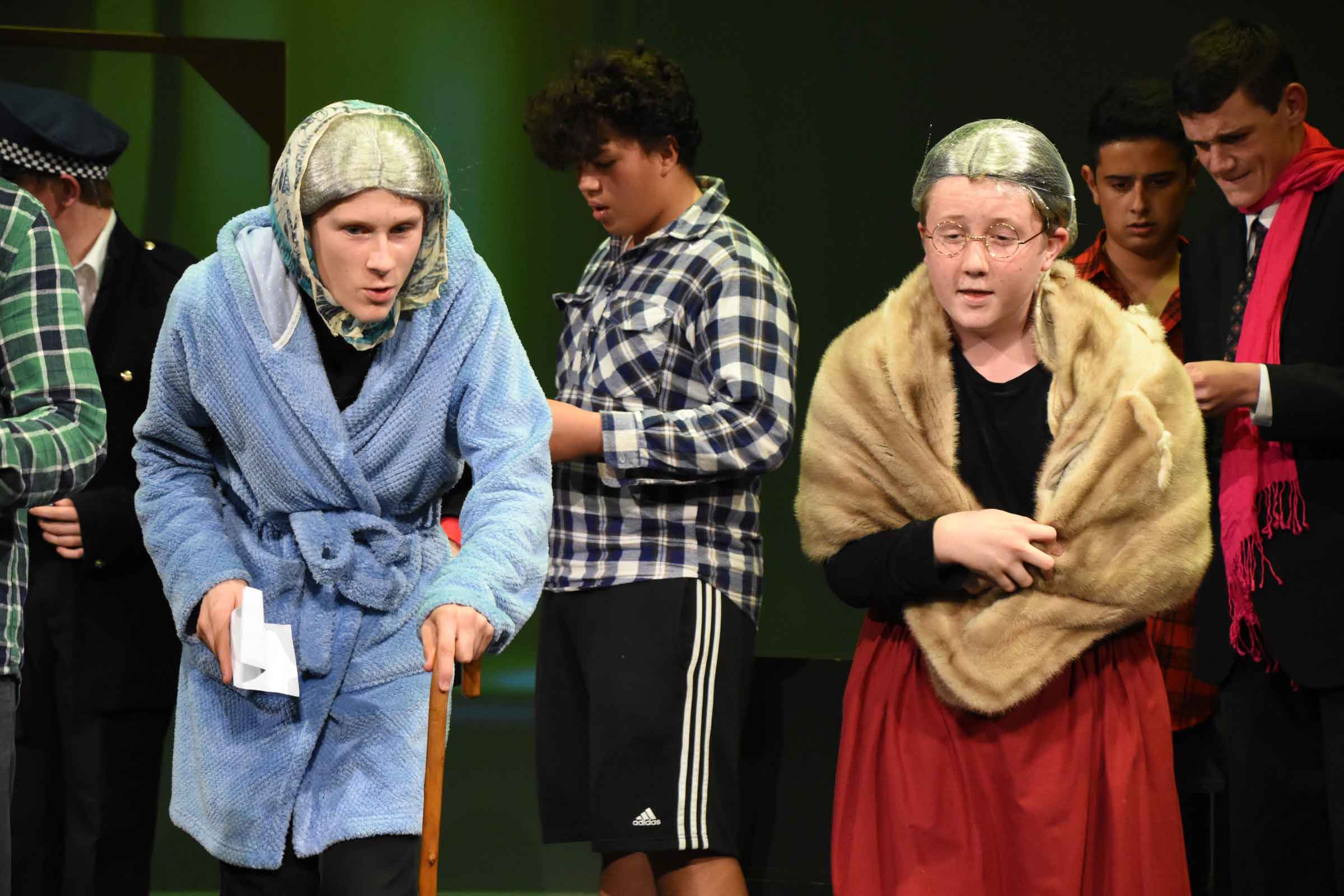 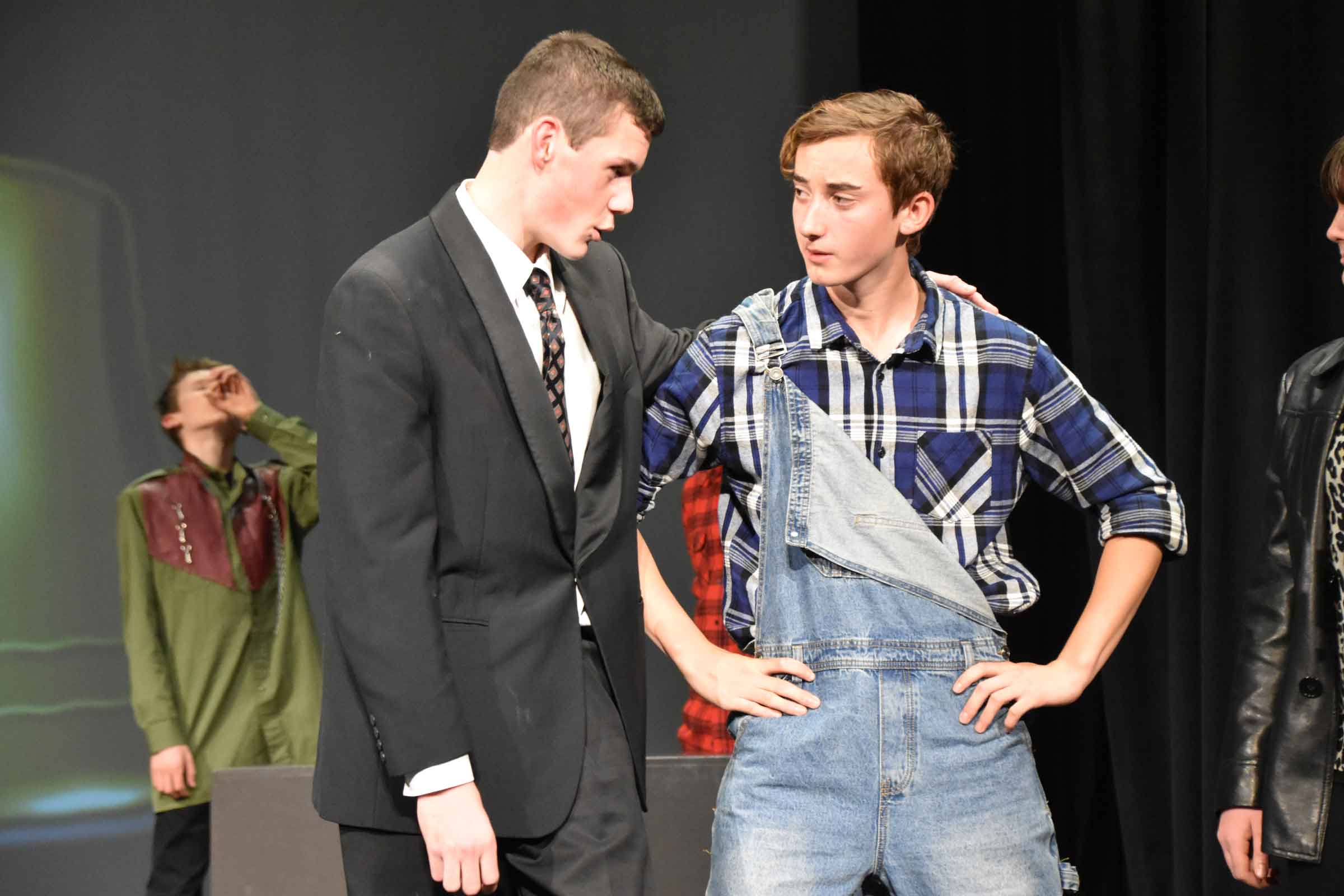