NZQA Standard 3.6 - Perform a substantial acting role in a significant production
With thanks to Drama Teachers, Mrs Jess Acheson and Ms Sara Standring

Choosing a play for a Year 13 cohort can often be a difficult process as all students must play a significant role for the requirements of the NZQA standard. We must also consider the genre of plays already covered by the student in previous years to give them exposure and experience with a wide range of play styles and theatre forms. ‘The Laramie Project’ by Moises Kaufman and the members of Tectonic Theatre Project ticked these boxes as it is a modern play with mature content, many different multi-layered characters and it challenged the students with the use of different styles of the American accent. Two classes took on an Act each, combining together for the finished production.

The Laramie project is a culturally significant work because it documents the true events of the hate crime of Mathew Shepard, a young gay man who was beaten and left to die in Laramie, Wyoming in 1998. The play is verbatim, made up of hundreds of interviews the Tectonic Theatre Company members conducted directly after the murder.  It offers a unique and direct insight into the reactions and differing points-of-view from the Laramie community, who were not only dealing with the shock of the murder, but also the onslaught of the media in their small town. In 2009, Congress passed the ‘Matthew Shepard and James Byrd Jr. Hate Crimes Prevention Act,’ so that hate crimes became criminalised and people most susceptible to hate crimes were protected.

The research and rehearsal process for our Year 13 students have reminded us that we are all human and should respect and be kind to one another. The play had been chosen earlier in the year and so we had not expected that the themes and content would end up so closely mirroring the tragic events in Christchurch on 15 March this year.

This added extra poignancy to the students’ rehearsals as they portrayed one tragic event while witnessing another tragic event unfold in New Zealand. During the rehearsal of one of the scenes that repeats the line ‘This is not us,’ we immediately recognised that this was the exact message running through our own communities. As a class we talked openly about the power of theatre and that we present these stories in hope that tragedies and prejudices like these are prevented in the future.

Aligning with the words in the Saint Kentigern prayer ‘In hating all that is evil and cruel and wrong. May we ever strive to banish these things from our land,’ our Year 13 students delivered a powerful piece of contemporary theatre. 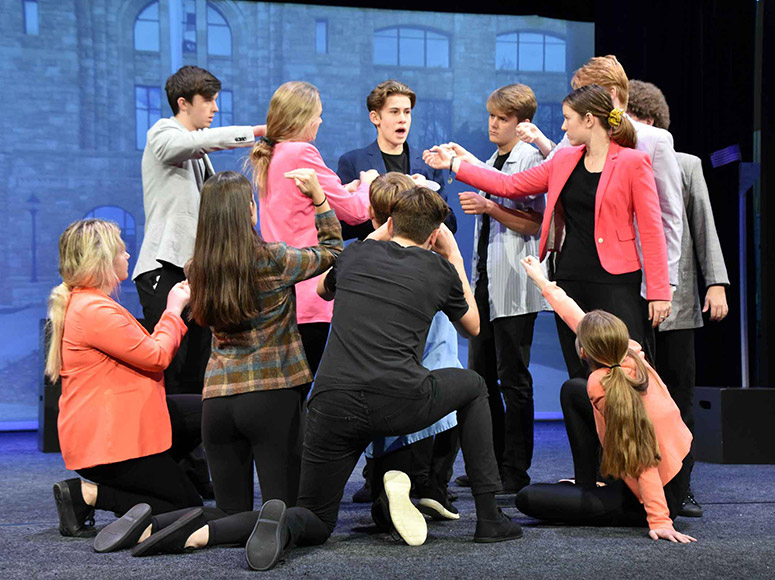 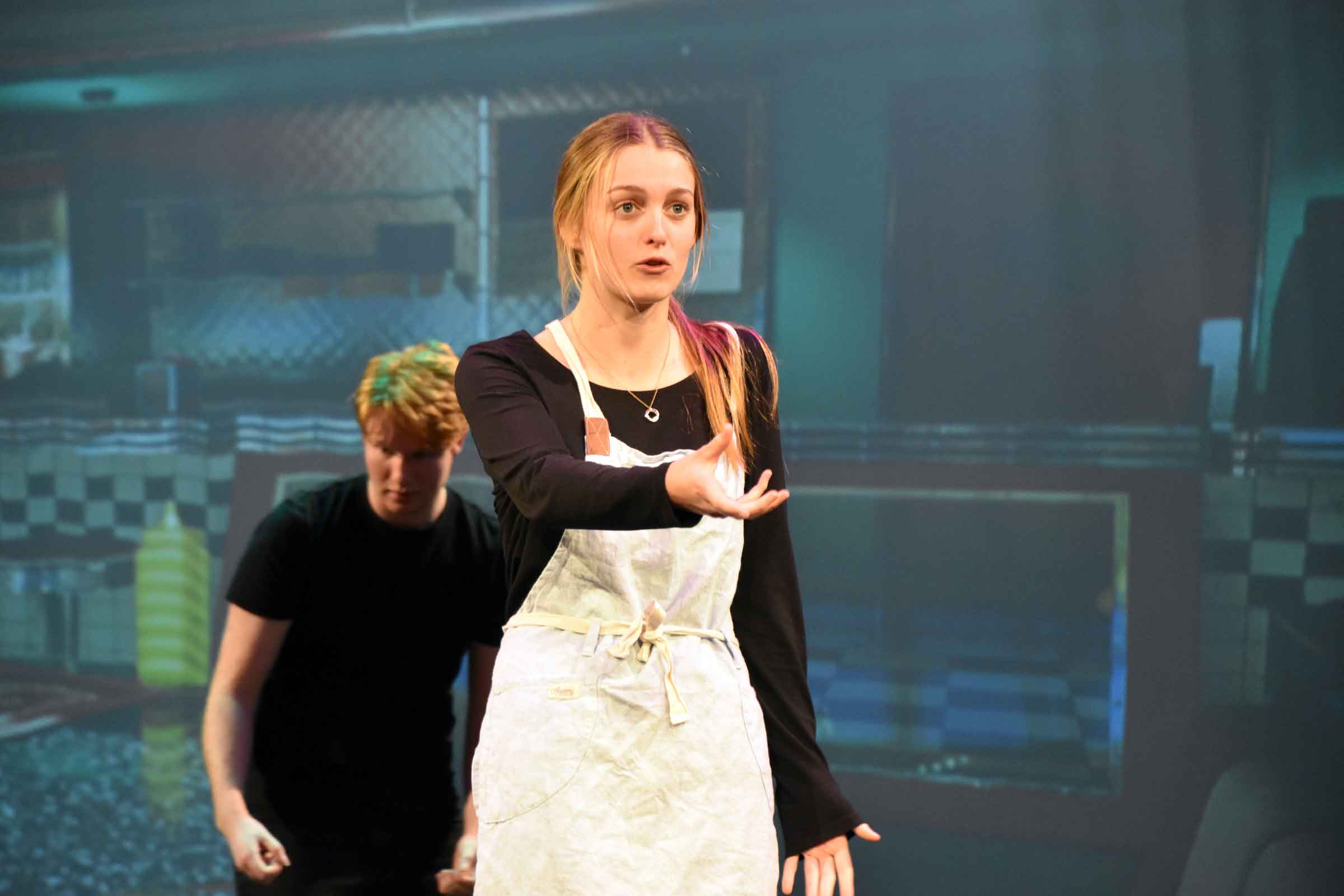 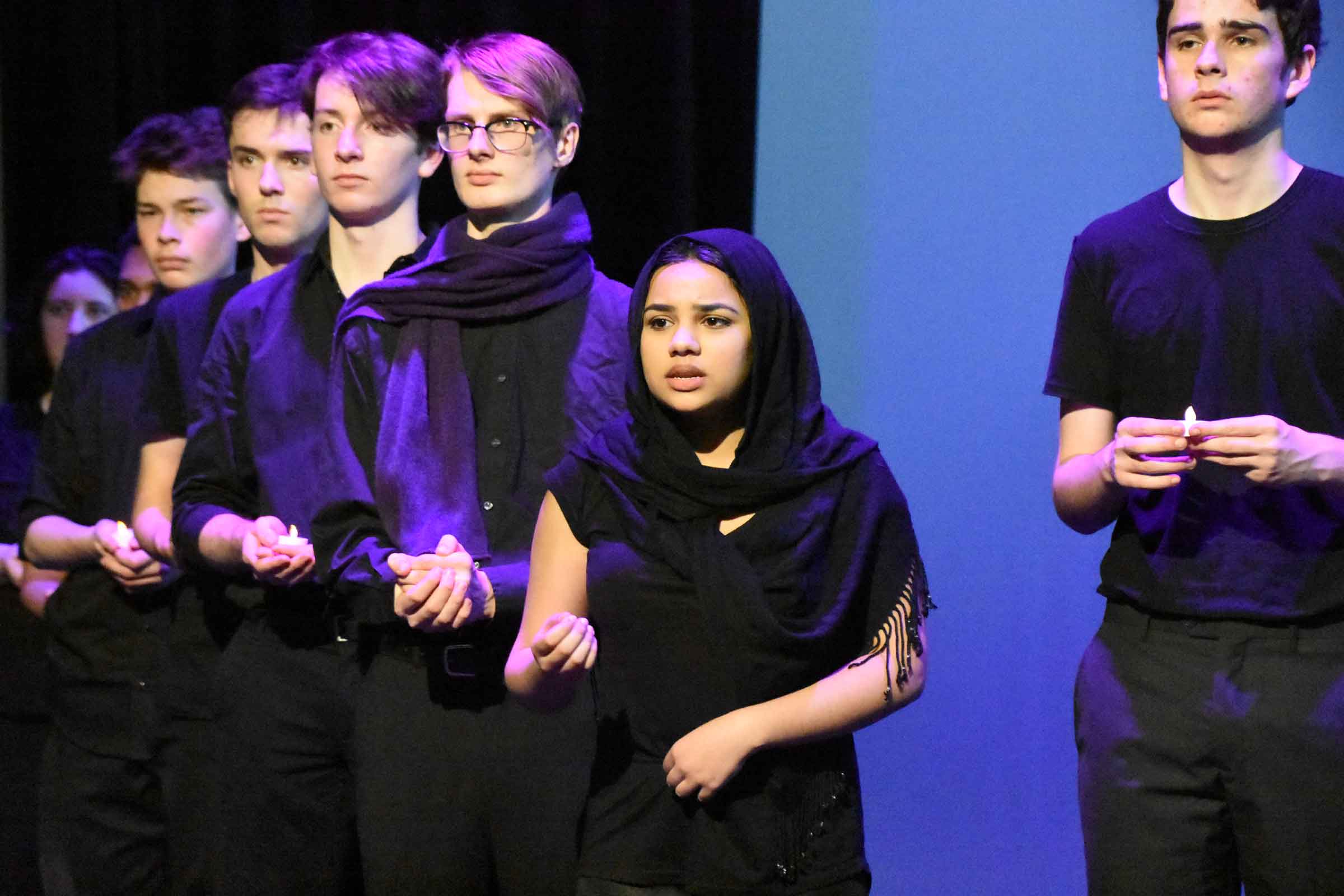