Well over a century since Peter Pan first delighted audiences in Edwardian England, the familiarity of these names and phrases is testament to the magic of J.M. Barrie’s creation – a story with the power to set imagination alight in children and adults alike; a story, like its namesake, that never grows old.

When the carefree and careless Peter Pan flew into the nursery of the Darling household, the stage was set for this year’s Middle College musical production; a rollicking good tale that persuaded the Saint Kentigern audience that no matter how old we are, we should believe in fairies!

Year 9 student, Sam Everitt, was tasked with the title role of Peter Pan, the boy who never wanted to grow up. Young, carefree, brave but naïve, Peter just wants to have fun, fight and stay a boy forever. Sam played the role with cheeky exuberance, connecting with the audience from the outset with his happy-go-lucky nature, demonstrating clear vocals and a strong stage presence. Never far from his side was the ever-loyal, energy-charged Tinkerbell. Gorgeously costumed, Arwyn Stevens (Year 8) may not have had lines to learn but she played the ever-present, flitting fairy brilliantly!

As Peter returned to the Darling nursery in search of his lost shadow, he disturbed the oldest Darling child, Wendy, who recognised him from her dreams. An intelligent girl with a mature side, Wendy was beautifully played by fellow Year 9 student, Addison Peebles. Wendy has a desire for adventure, tempered with a nurturing, motherly nature. She understands that responsibility will eventually catch up and that ‘we can’t be young forever.’ Addison was a fantastic choice for the role with a superb vocal range and a convincing portrayal of the character.

Wendy’s brothers, John (Jack Webber) and Michael (Neve Winterman-Duffy) soon wake and the irrepressible Peter persuades them to join him as he flies away over the rooftops to his fantastical realm in Neverland. Here, the children join the Lost Boys and Wendy takes on the role of mother to Peter and his gang. The Lost Boys were a lively ensemble of characters who brought the stage to life in action and song each time they bounded in!

Trouble was never far away and for Peter, this took the shape of his nemesis, Captain Hook, the villain of the story - angry, old and terrified of crocodiles! It was Peter who severed Hook’s hand in a fight; a hand which was quickly consumed by a crocodile - a creature that taunts Hook! In a clever piece of characterisation, a group of dancers took on the lumbering form of the giant reptile and with each tick of the clock it had ingested, Hook vowed a vengeance! Peter Wallace played this flamboyant pirate role to a tee! His mannerisms, facial expressions and voice perfectly depicted every aspect of the fiendish Captain Hook from his evil plan to capture Peter, his fear of the crocodile and his decree to make Wendy walk the plank. Captain Hook’s silly sidekick, Smee was also a favourite, with Charlotte McDonald’s good grasp of comedic acting working well.

The ‘Neverlandians,’ led by the Chief (Samuel Costello) and Tiger Lily (Chloe Haerewa) pledged to protect the Lost Boys but the wile of the pirates proved too great and the boys were soon captured, leaving the sleeping Peter behind – for the iconic scene where Tinkerbell drinks medicine poisoned by Hook and Peter beseeches the audience to believe in fairies so she can be saved.

Now it is up to Peter Pan to rescue his friends, dispatch the pirates and settle things once and for all with Captain Hook. Through cunning Peter steals onto the Pirate’s ship and effects a daring rescue – which culminates in a battle between the Lost Boys and all the Pirates. Wendy, her brothers, the Lost Boys and Peter Pan are victorious – the Pirates are vanquished and Captain Hook disappears overboard into the jaws of the waiting crocodile!

But that’s not quite the end - there is still a home with a mother to be found for the Lost Boys. Little did Mr and Mrs Darling (Ivan Zhang and Lucy Lyons) suspect that when their adventurous trio returned, it would be with several more children in tow to upturn their household! The final word goes to the four legged member of the Darling family, Nana the dog, played by Anya Kemp who did a great job scooting across the stage to keep the family in check! Woof!

The costumes were beautiful, the choreography superb and the orchestra faultless. The large cast, musicians and crew clearly had a ball bringing the show together!

Do we believe in fairies? You bet we do!

Our thanks:
Our thanks to staff who, along with the students, spent countless hours to bring this production to the stage. Produced by Head of Performing Arts, Ms Jane Horder and Mrs Kim Smith, the roles of Director, Musical Director and Choreographer were taken on by three Old Collegians, Mr Ashton Brown, Mr Oliver Gilmour and Ms Morgan Heron, who were all actively involved in the Performing Arts whilst at College. Along with Technical Designer, Mr Glen Mortensen, a host of other staff took on roles in costuming, hair and makeup, backstage and front of house. We thank them sincerely for bringing out the very best in our students. 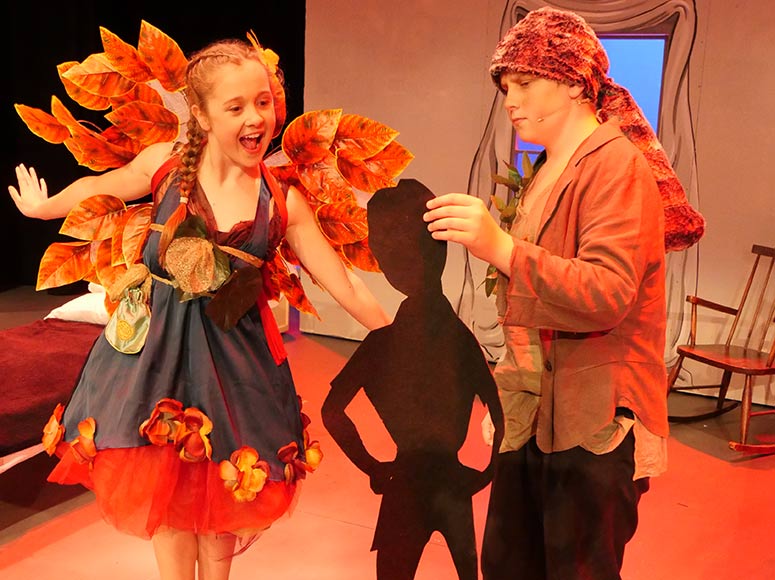 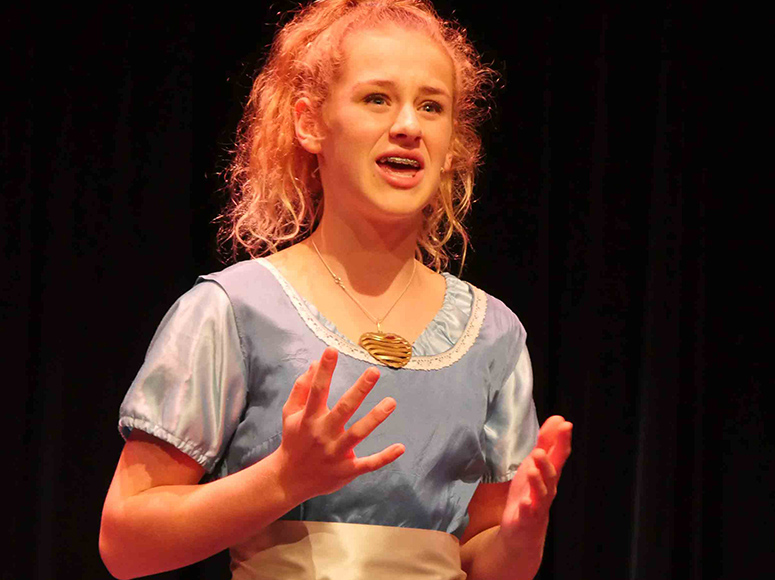 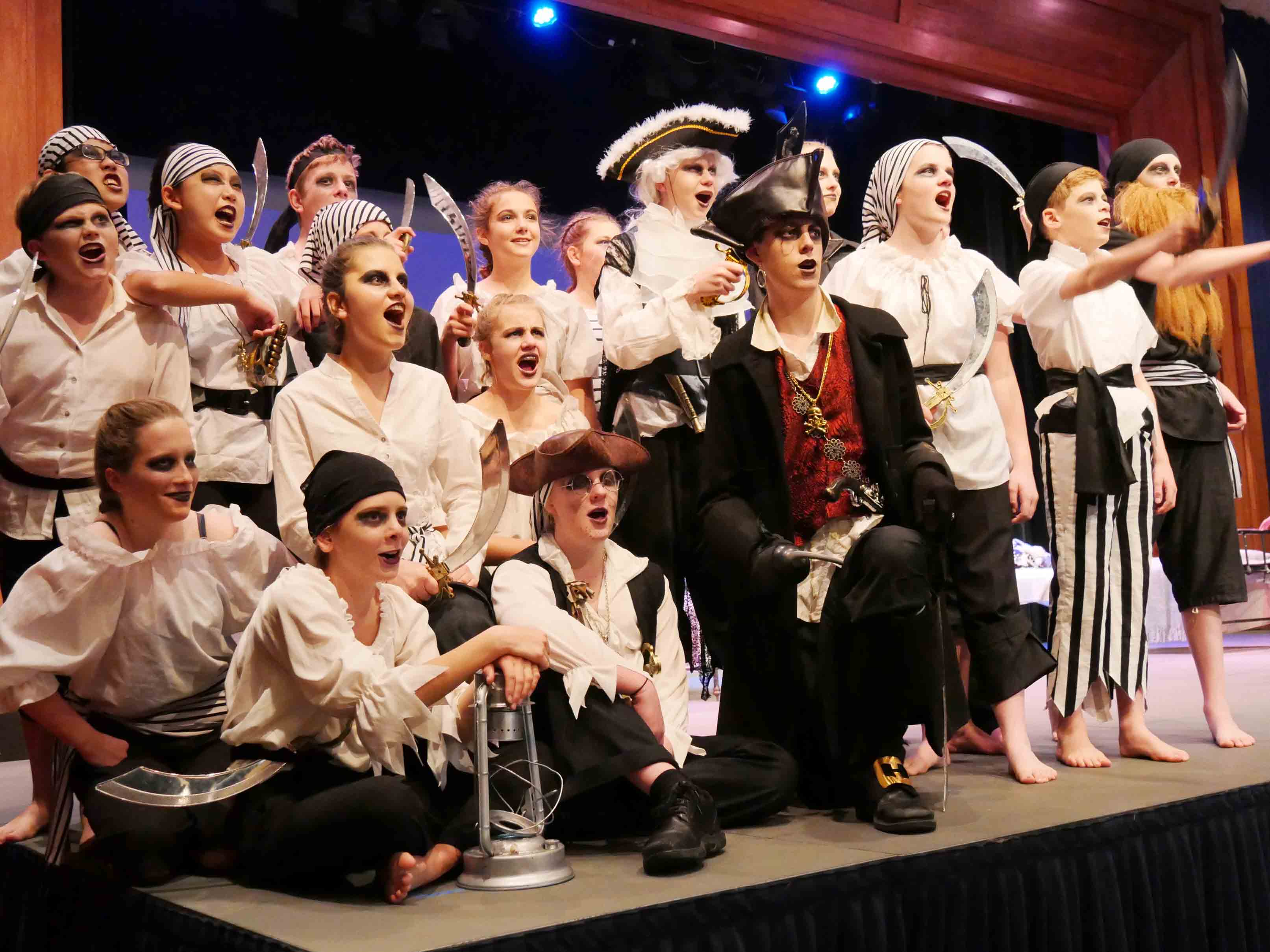 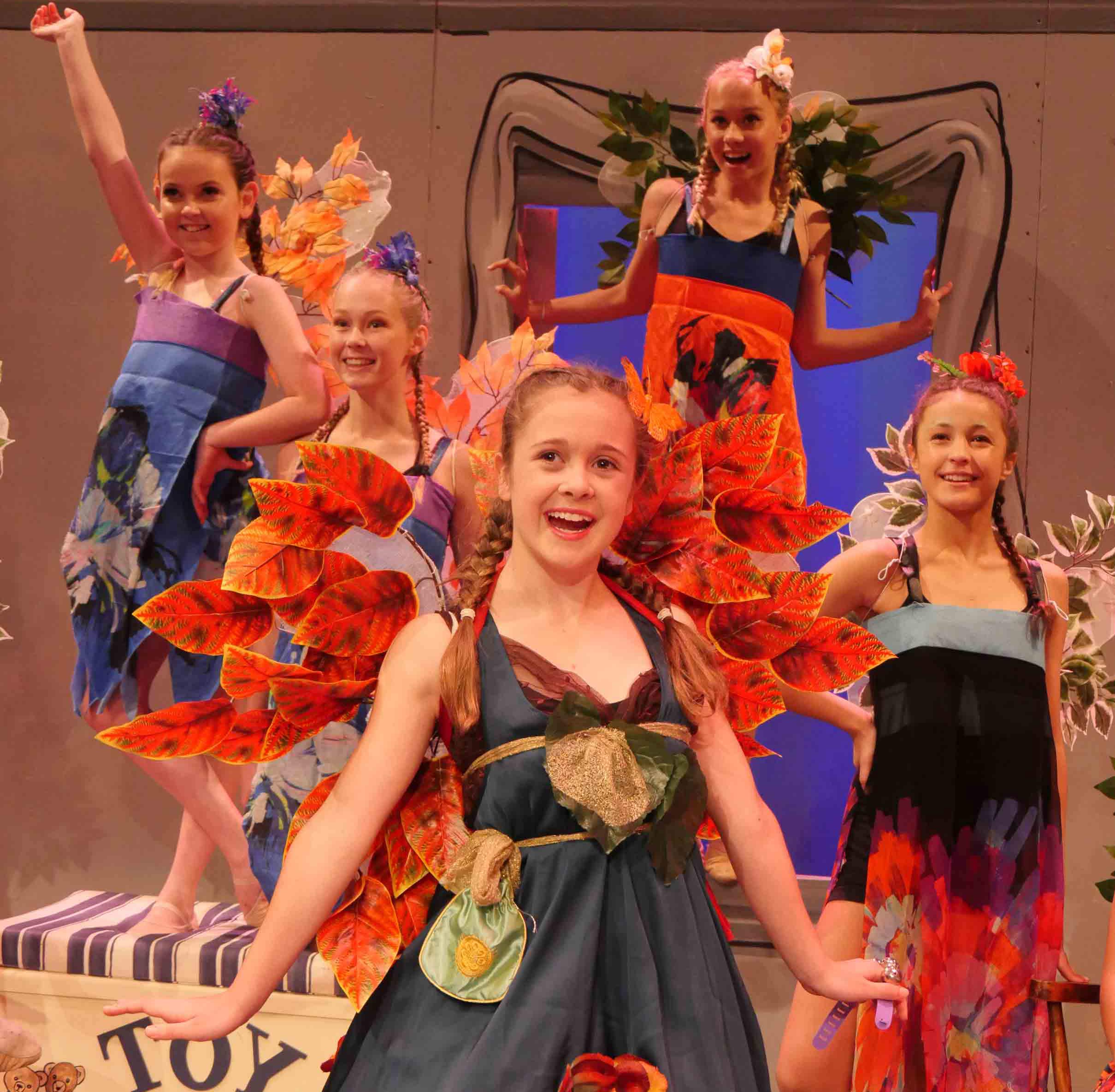 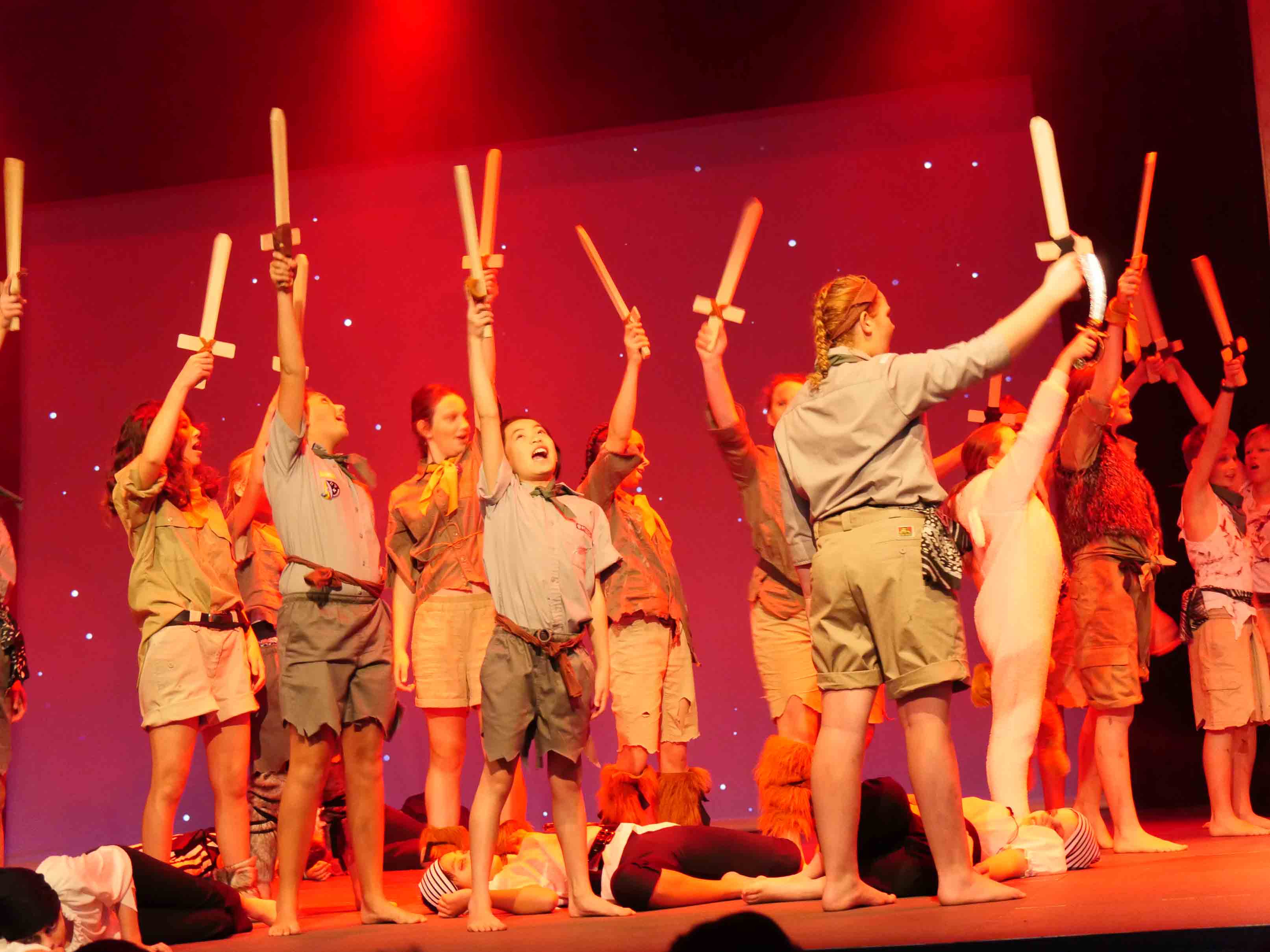 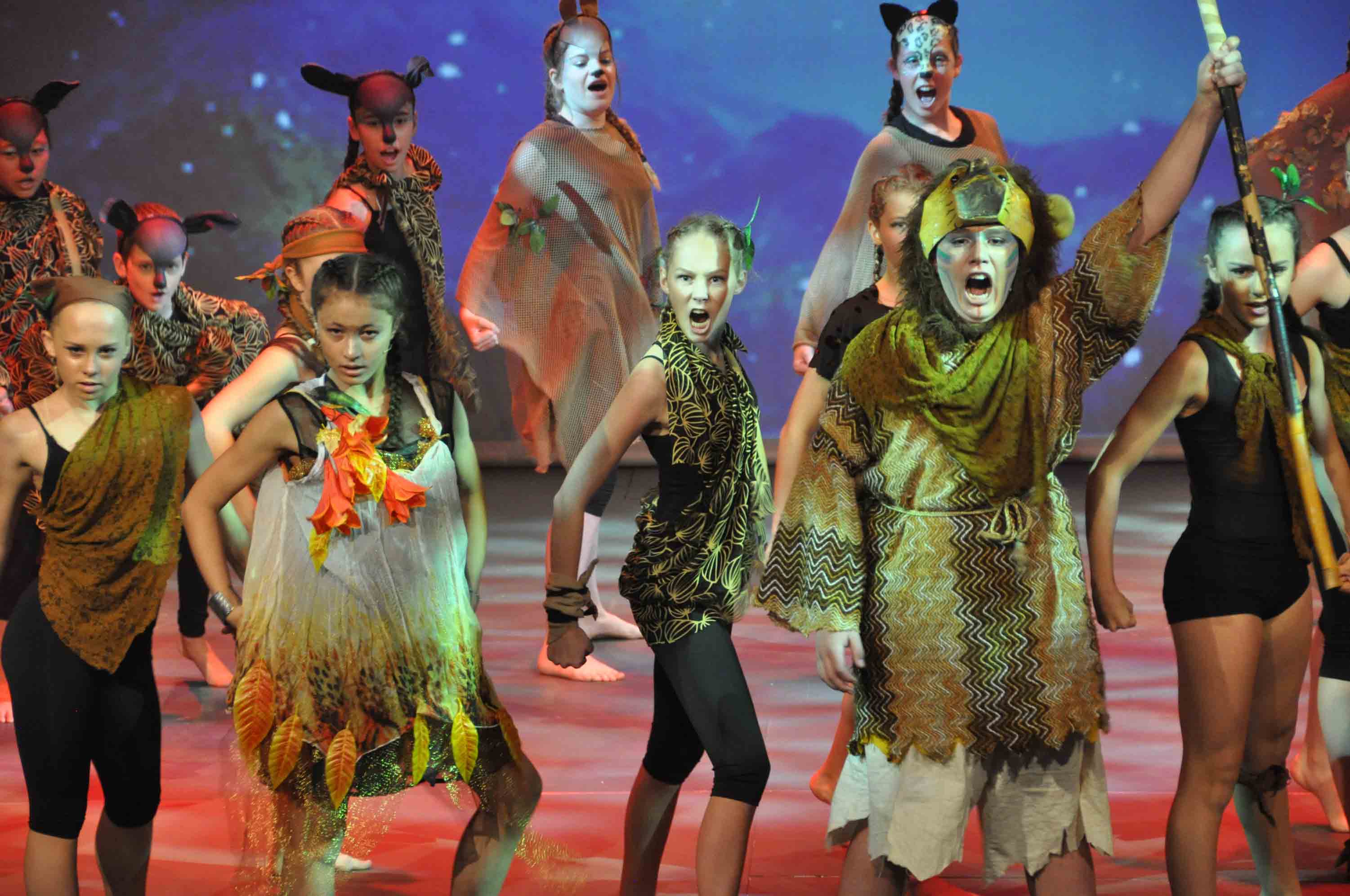