Opening of the MacFarlan Centre

On the first morning of the College 60th Jubilee Celebrations, in a blaze of glorious sunshine, over 1700 students, staff, Trust Board members, Old Collegians and special guests gathered to witness the official opening of the new MacFarlan Centre by the Governor-General of New Zealand, His Excellency, Lt Gen The Right Honorable Sir Jerry Mateparae, GNZM, QSO. As the Pipe Band marched, our special guests took their place. We were delighted to welcome back the much loved Mrs Betty MacFarlan, wife of the first Headmaster, Reverend Dr Adam MacFarlan, along with her sons Maitland and Donald. We were also delighted that former Heads, Mr Nigel Toy (1983-1997) and Mr Warren Peat (2002-2008) could join us as well as the Honourable Maurice Williamson, local MP and Reverend Fakaofo Kaio, Moderator for the Northern Presbyterian. Also welcomed were Mrs Sandra Hastie, Head of Primary and the Girls’ School,and Mr Peter Cassie, Head of the Boys’ School.

It was a proud moment for two of our students when in his opening address, Head of College, Mr Steve Cole introduced Manase Latu and Grace Sturgess to sing the National Anthem, accompanied by the Brass Ensemble.

In his address, Dr Bruce Goodfellow stepped back 60 years to a time when New Zealand society was very different; a time when it was a luxury to own an electric refrigerator or a car – to own two in a family was unheard of. To travel meant largely train or ship and there was no television nor any notion of computers as we know them today. Dr Goodfellow said that despite the many changes over the last 60 years, Reverend Dr MacFarlan’s core idea of education along with that of the Trust Board has changed little – ‘The acquisition of knowledge for the glory of God and the benefit of mankind; a proper discipline of mind and body and a life of service to others.’  We owe much to Reverend Dr MacFarlan for establishing the culture and philosophy of Saint Kentigern. It is in his honour that the building is named.

The Governor-General gave a warm and perceptive speech. He spoke of the power of education to transform the lives of our young, ‘our young people are our most precious taonga and our future.’ He acknowledged the growth of Saint Kentigern College over the years and the reputation it holds today for excellence in educating both boys and girls. He cited our spiritual values as important anchor points for our young people in these changing times; values that make for a strong community both within and beyond the school. He then stepped forward to unveil the plaque before inviting Mrs MacFarlan and son, Maitland to cut the ribbon.

The ceremony concluded with a blessing from Reverend Kaio followed by the Prayer of Saint Kentigern, delivered by Chapel Prefect, Dillon Wihongi.

Click here for the speech by the Governor-General of New Zealand, His Excellency, Lt Gen The Right Honorable Sir Jerry Mateparae, GNZM, QSO. 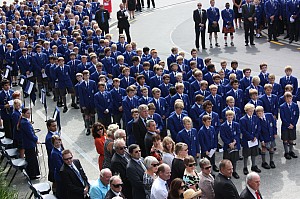 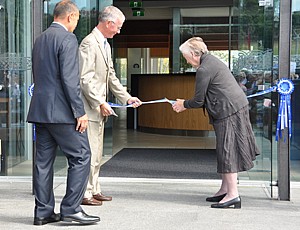 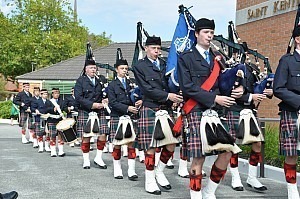 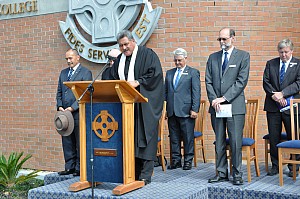