Each year, as part of their NCEA Level 2 studies, our Year 12 students focus on the work of German playwright, Bertolt Brecht, culminating in a performance of a Brecht play later in the year. This year, they will be performing ‘Fear and misery of the Third Reich.’

In preparation, and to gain a greater level of understanding of this style of theatre, the students were fortunate to welcome back former College student, James Wenley to lead them in a workshop based on Brecht’s ‘Epic Theatre’ style.

James graduated from Saint Kentigern as the joint College Dux in 2006, and is well remembered for his involvement in College drama from musical productions to Stage Challenge. In his final year, he took on the malevolent role of Bill Sykes in Oliver. Currently he is a Professional Teaching Fellow in English, Drama & Writing Studies and a Doctoral candidate working towards his PhD at The University of Auckland. His focus is ‘Finding Ourselves: New Zealand Theatre's Overseas Experience.’ James hopes to make a significant contribution to the understanding of New Zealand theatre, and provide some key learnings for future artists looking to position New Zealand productions in a global marketplace. He is also editor of Theatre Scenes, the Auckland Theatre Blog, and a theatre critic for Metro Magazine.

Instead of theatre being a place of illusion, Brecht wanted his theatre to be a place of debate and discussion. He called attention to the ways that both theatre and society are constructed –directing his audiences to think critically about what they were seeing, in order to provoke action and change. James explained to the students what Brecht was trying to achieve in the theatre.

Following the workshop he said, ‘If you are a theatre maker or researcher, you need to know about Brecht. I was very impressed, as the students had some really good ideas on what Brecht intended when they presented their analysis of his work back to the class.’

The workshop has given the students a better understanding of Brecht, preparing them for their NCEA Achievement Standard 2.4 later this term - ‘Use complex performance skills associated with a drama or theatre form or period.’ 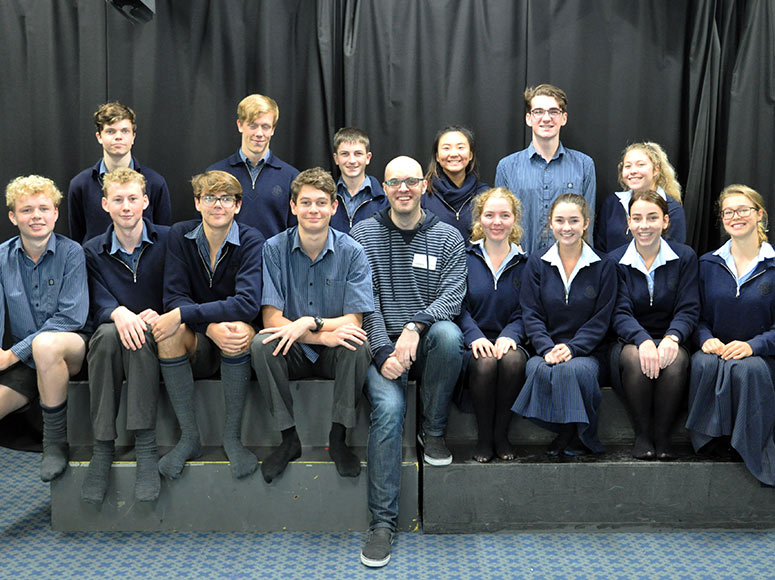 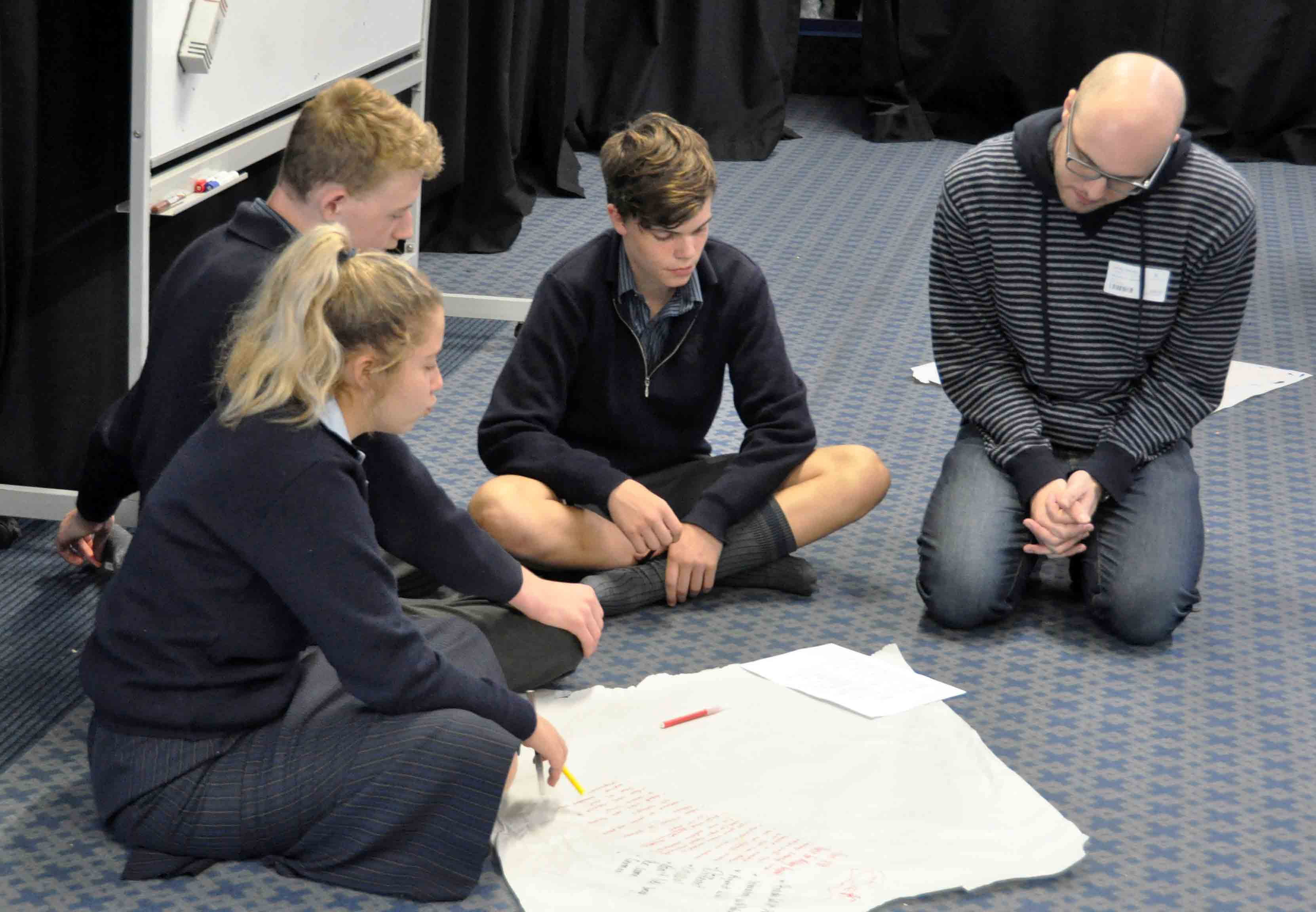 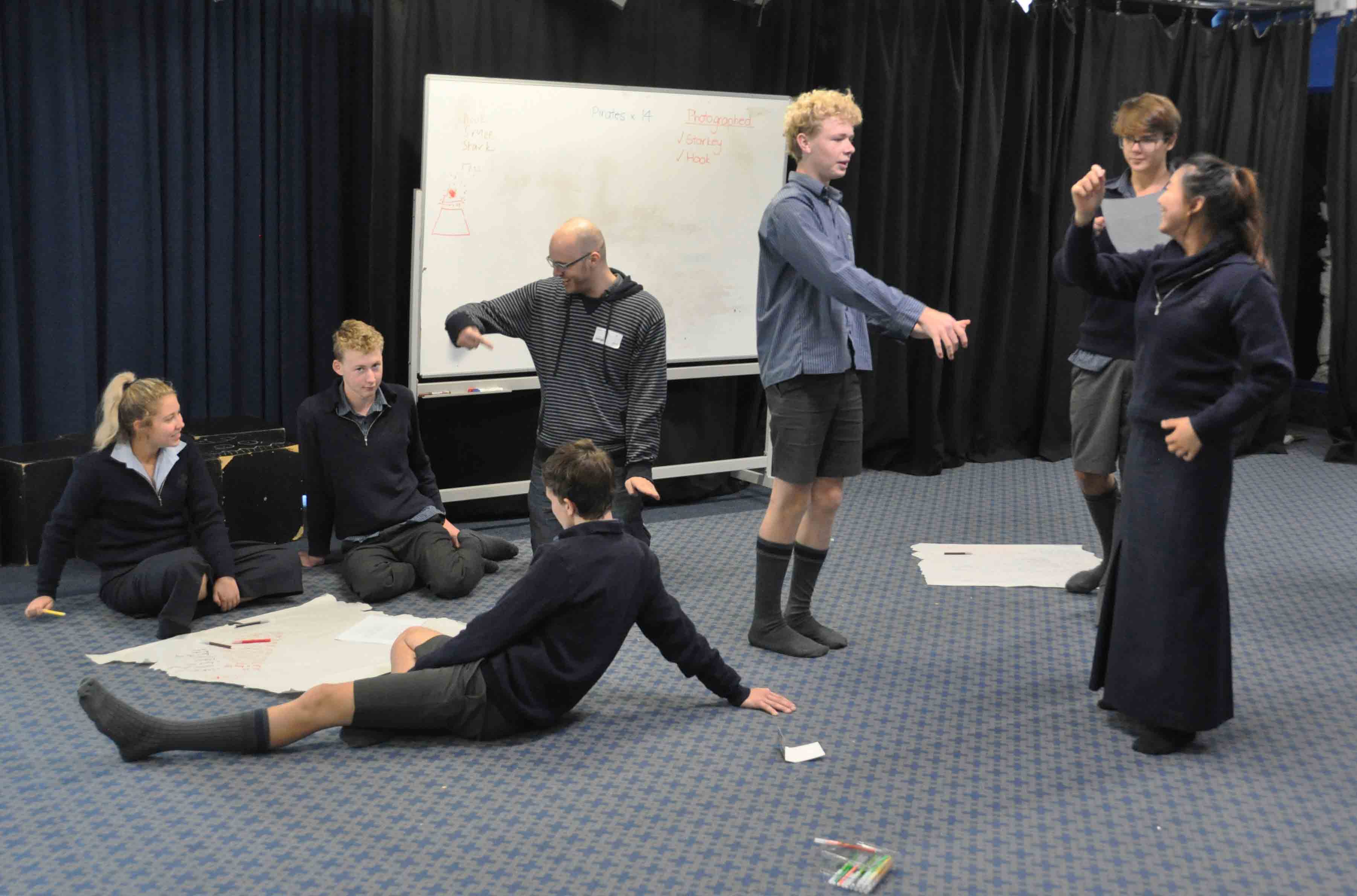