At the eighteenth annual Westpac New Zealand Franchise Awards at Auckland's Crowne Plaza, the industry recognised one of its own when David McCulloch was called up on stage to be honoured with a life membership to the Franchise Association of New Zealand. David now joins Colin Taylor, founder of Sterling Sports, and Bill McGowan of Fastway Couriers as the only life members since the association was formed in 1996.

No-one was more surprised at receiving this honour than David himself, suspecting nothing when a good friend checked more than once that he would be attending the awards. “I'm not usually lost for words, but being called up on stage and then receiving the life membership, I was pretty much speechless,” laughed David. 'It is indeed a great honour and to receive it in front of so many involved with the franchise industry was a tremendous thrill.”

The last time David was on stage at the Westpac Awards was when he and his team at “The Franchise Coach” consultancy accepted the 'Service Provider of the Year 2009/10' award.

Commenting on David's Life Membership, Franchise Association chairman, David Foster said it recognised his considerable commitment of energy, personal experience – both as a franchisor and administrator – and an unfailingly constructive attitude as major influences on consolidating confidence and integrity in franchising as a credible business model in New Zealand. “The foundational character of his contribution combined with ongoing loyalty and significant commitment to the sector over many years makes David McCulloch a worthy recipient of life membership to the Franchise Association of New Zealand.”

For leading franchise lawyer Stewart Germann, David's life membership was well deserved recognition. “He gives such practical and experienced advice, he is passionate about franchising and he loves his clients to succeed. He is always available, helpful and goes the extra mile - and he has done so much for franchising in New Zealand and for the Association.”

David, together with wife Laurel, became one of the country's pioneer franchisors when in 1986 they restructured their orange juicing and distribution business, Arano, into a franchise system. Growth was such that in 1993 a master franchisee for New Zealand was awarded. This freed up David to further show his confidence in the future of franchising by not only establishing “The Franchise Coach” as one of the country's first franchise consultants but also gaining experience in international franchising by bringing into New Zealand the computer learning system, FutureKids. The McCulloch's sold out of Arano in 2007 with the franchise system now owned by Frucor Beverages Ltd.

Recognising the value of New Zealand's emerging franchisors being able to share experiences and set industry standards, David forged a relationship with Australia's long established franchise association. A consequence of this was the formation of the Franchise Association of Australia and New Zealand with his appointment as director. In 1996 increased separation of regulations governing franchising in the two countries saw the formation of the Franchise Association of New Zealand with David McCulloch voted its inaugural chairman.

Notable achievements during his tenure included negotiating sponsorship of the first bi-annual survey of franchising that continues to this day, and being part of the team that designed New Zealand's first tertiary franchise qualification run out of Auckland's Unitec Institute of Technology. Passionate about education, David has since 1999 been a member of the St Kentigern Trust and just three years ago furthered his own education, completing a post-graduate level course on franchising at the Griffith University in Australia.

In 2002 he was contracted by the World Bank to lead the 'Introducing Franchising to Vietnam” programme based in Ho Chi Minh City.

David said that had he known in advance that he would be honoured with a life membership of the Franchise Association of New Zealand, his acceptance speech would have probably been along the lines of:- “Franchising in New Zealand still has tremendous potential for growth though not necessarily in New Zealand. I can foresee exporters using franchise systems to develop their supply chains internationally while the numbers and rate of home grown franchise systems going global will increase. I also believe listed corporates will add franchise operations to their business model as a strategy to reach markets difficult for them to gain a foothold in. Whereas in the 80s and 90s a franchisee tended to be a 'ma and pa' operator of one unit, I'm predicting that a majority of franchisees will own multiple units. Really, when you think about it, franchising has just begun.” 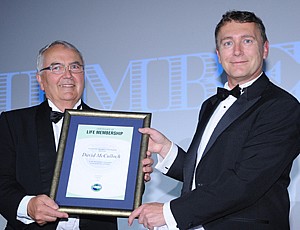 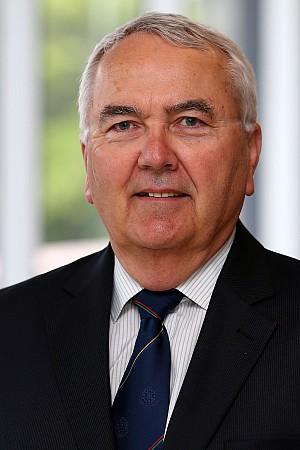