Today the Boys’ School were fortunate to welcome, underwater cameraman, Steve Hathaway to assembly. Steve hit the headlines in New Zealand this week with a video that quickly went viral around the world of a pyrozome – an 8m long gelatinous, worm-like, deep ocean creature that was filmed swimming near White Island.
https://www.nzherald.co.nz/nz/news/article.cfm?c_id=1&objectid=12159405

Steve talked to the boys passionately about his work, saying that despite having the good fortune to film in oceans around the globe, it is the waters off New Zealand that remain his favourite. Steve, along with his daughter Riley, have filmed 20 episodes of Young Ocean Explorers for the children’s programme ‘What Now’ to educate our youngsters about the wonders to be found under the sea. The boys watched some amazing footage filmed close to home in the Hauraki Gulf.

He spoke with a tinge of sadness about a trip to the Kermedecs, remote islands so far from the mainland that National Geographic calls one of the most pristine marine environments in the world, yet despite their remoteness, plastic has washed up on the shoreline, carried by ocean currents.

He set the boys a challenge for a Rubbish Free Remuera. If our 570 boys picked up a piece a day for a year, that would be 208,050 pieces that could otherwise make their way into our oceans! Steve’s message is ‘Clean Communities, Clean Oceans.’

In finishing, he urged the boys to don a mask and snorkel and discover the amazing sights under the ocean! 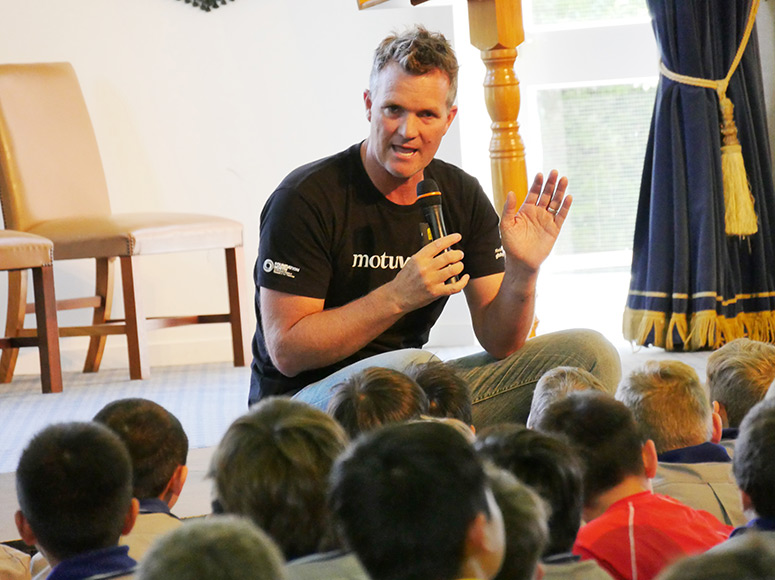 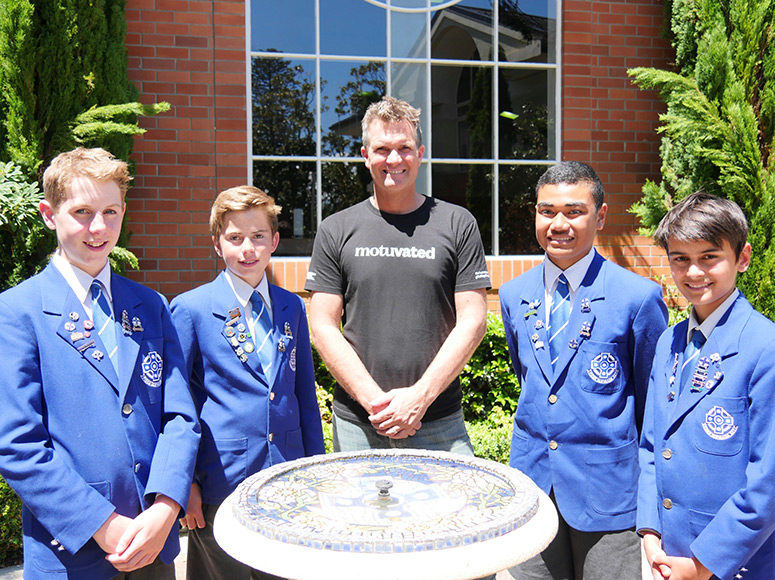