Twelve of our students were invited to attend the New Zealand IB Diploma Top Scholars’ Awards at Diocesan School for Girls on Saturday the 13th of February, with five able to attend on the afternoon. The ceremony recognises the outstanding performance of students from around New Zealand who gained 40 points or more for their Diplomas.

The awards ceremony was hosted by Leader of the ACT NZ Party, David Seymour. He congratulated the students on their achievements saying that it took more than natural academic ability to achieve highly - dedication and attitude had an equally important part to play. David understands the rigour of the Diploma and how, in a difficult year disrupted with Covid-19, the students achieved results that demonstrated resilience and discipline. David wished the students well as they head off to universities all around the world but hoped that one day many of them would return to New Zealand. He believes the next generation must be involved in the innovation required to ensure a sustainable and environmentally conscious country moving forward.

IB Diploma Programme alumna, Keshi Rasanayagam, then spoke about how the IB Learner Profile had assisted in her career beyond school. In particular, she highlighted how being a risk taker had led her into study in a field that her parents believed would not lead to a successful career, that of Forensic Science. She now works for ESR (Institute of Environmental Science and Research) in New Zealand and has a role to play in the genomic sequencing of Covid-19 and the emerging mutant variants.

Our congratulations go to Heeju, Grace, Josie, Cynthia, Xavier, Tony, Celina, Catherine, Kevin, Wendy, Alexandre and Robert on their fantastic achievement and we wish them well as they enter tertiary study in New Zealand, Australia, and the UK.

Explanation of the IB Diploma Points
The point scale used for IB subjects is 1 (poor) to 7 (best).  Students take six subjects = 42 points. A further 3 additional points* are available based on individual performance in the Extended Essay and Theory of Knowledge. Therefore, the maximum available score is 45.

*Additional points: A maximum of 3 extra points can be gained for successful completion of the Theory of Knowledge course and the Extended Essay but to be eligible for the diploma, students must also meet the requirements of Creativity, Activity and Service (CAS). 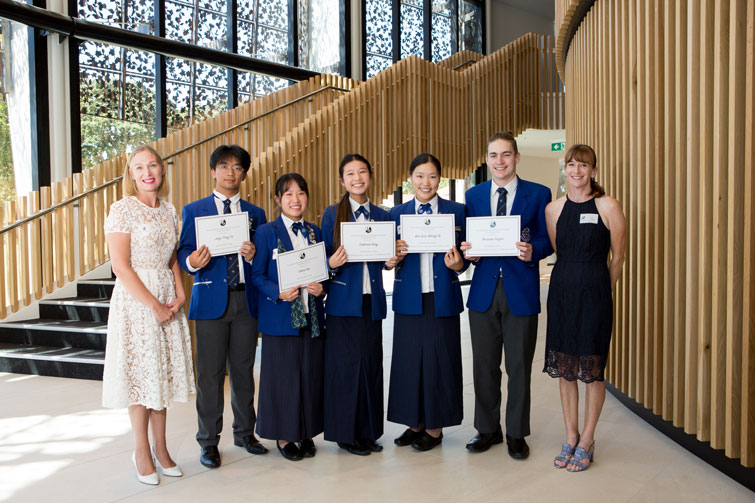