A coach with extensive experience at the elite secondary school level as well as being a part of the New Zealand Breakers professional franchise has been appointed Basketball Development Officer at the College. Mr Aaron Young has worked with youth teams throughout his coaching career, including Takapuna Normal Intermediate, where he won a national title at the AIMS Games, and with the premier team at Rangitoto College. He has representative coaching experience with North Harbour and New Zealand age-group teams and holds a Bachelor of Sport and Recreation with majors in coaching and health and physical education. As a player, he was in the Rangitoto College premier team and represented North Harbour from U17 to U23.

His first role with the Breakers was with its junior programme. ‘I worked in schools teaching what it takes to be a Breaker,’ he says. ‘You not only have to be a good athlete but also have character values – be a good citizen and give back to the community.’ From there he moved up to the Breakers academy, coaching the top high school basketball players in Auckland and from around New Zealand. For the past two seasons, he has combined this role with being the video analyst for the Breakers, using game and training footage to provide information on match situations and individual skills.

At 24 years old and with his background in youth coaching, Mr Young is the ideal person to advance the basketball programme at the College. ‘I’ve been in the loop of secondary school basketball. I’m familiar with the teams and players, especially in Auckland. I’m really comfortable working with this age group, and being a part of the Breakers academy has prepared me for this. My coaching philosophy is having a team focus, no shortcuts, hard work and getting better every day. I like to get feedback from players and listen to what they have to say.’

Mr Young will continue to work with the Breakers, and his role at the College will include responsibility for basketball development and coaching the Premier Boys Team. ‘Saint Kentigern has always had a great reputation for sport so for me to be involved is a perfect opportunity to help the College become better at basketball and develop the younger players. It is a challenge I’m really keen to take on. I want to build the programme and see how far we can take it. The big thing for me will be when I start to see the young players come through and become better players.’

His introduction to his new charges will be during a training camp next month. Please see details below.

Each day will be broken down into 2 sessions which will be structured with focus on individual and team fundamental skills to help develop and improve player’s skill level and knowledge of the game.  The skills and tips players will learn can be practiced and used where players will have challenges and mini competition games.

This is a great opportunity to come back after the summer break to work on and develop skills. You will also get to meet some of the NZ Breakers who will feature at some of the sessions and there will be chances to win some NZ Breakers gear.

There is no fee for this camp however you do need to register.

It is recommended to attend the dates listed under each age group. To register please email the Basketball Sports Manager by January 10th to confirm which age group you are registering for – jane.foster@saintkentigern.com 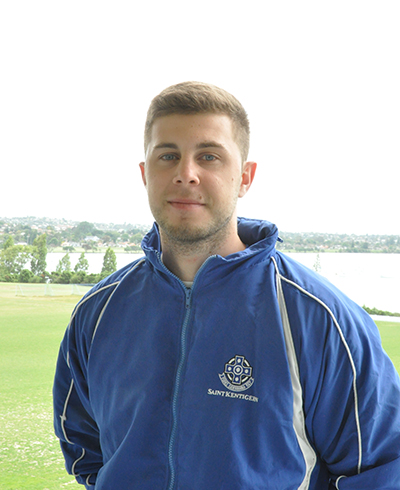