During the July school holidays many of our College girls were playing in representative netball teams around New Zealand in age group championships.

Congratulations to Year 11 student Amorangi Malesala who was a member of the Auckland U15 Team that won the New Zealand Championships and was also named most talented player at the tournament.

Well done also to Year 12 student, Leba Korovou who was in the Auckland U19 Team which also won the New Zealand Championship.

With thanks to Sport Manager, Lynne Scutt 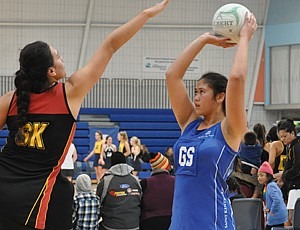