After their success at the Auckland Robocup competition earlier in the term, our first place winners in the Premier Rescue and Football travelled to Dunedin to compete against the best robotics teams from around the country in the National Robocup Competition this weekend.

Each of the teams had built robots suited to their category of the competition, applying their engineering knowledge and skills. They not only built robots that could perform the required tasks but also created the programming to precisely control the robot completely autonomously; any modifications to the robots meant altering the computer programme to suit the sensors.

Xavier Yin and Joseph Chan represented the College in the Premier Rescue, an event that mirrors the real-life use of robots that rescue people from life-threatening situations. The robot is required to precisely follow a line, locate the victim, pick it up and place it on a low platform near the edge of the rescue zone.

Ethan Ivanier and Geoffrey Chen collaborated for the ‘Soccer’ competition where two robots need to work together to work against an opposing pair to  protect the goal, attack the opposition, gain the ball and score across the field by ‘kicking’ an infra-red transmitting ball.

Our boys have returned to Auckland well pleased with their national recognition, and having seen the level of robotics from other schools, are now fired up to do even better next year! 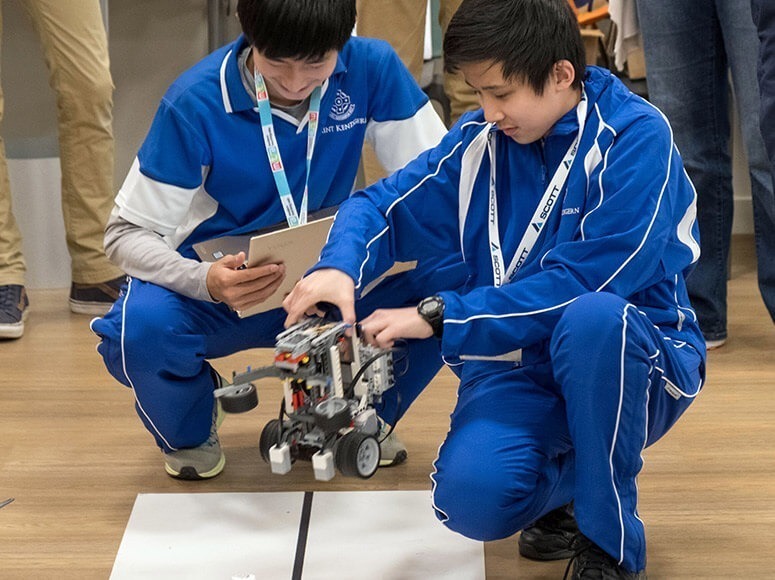 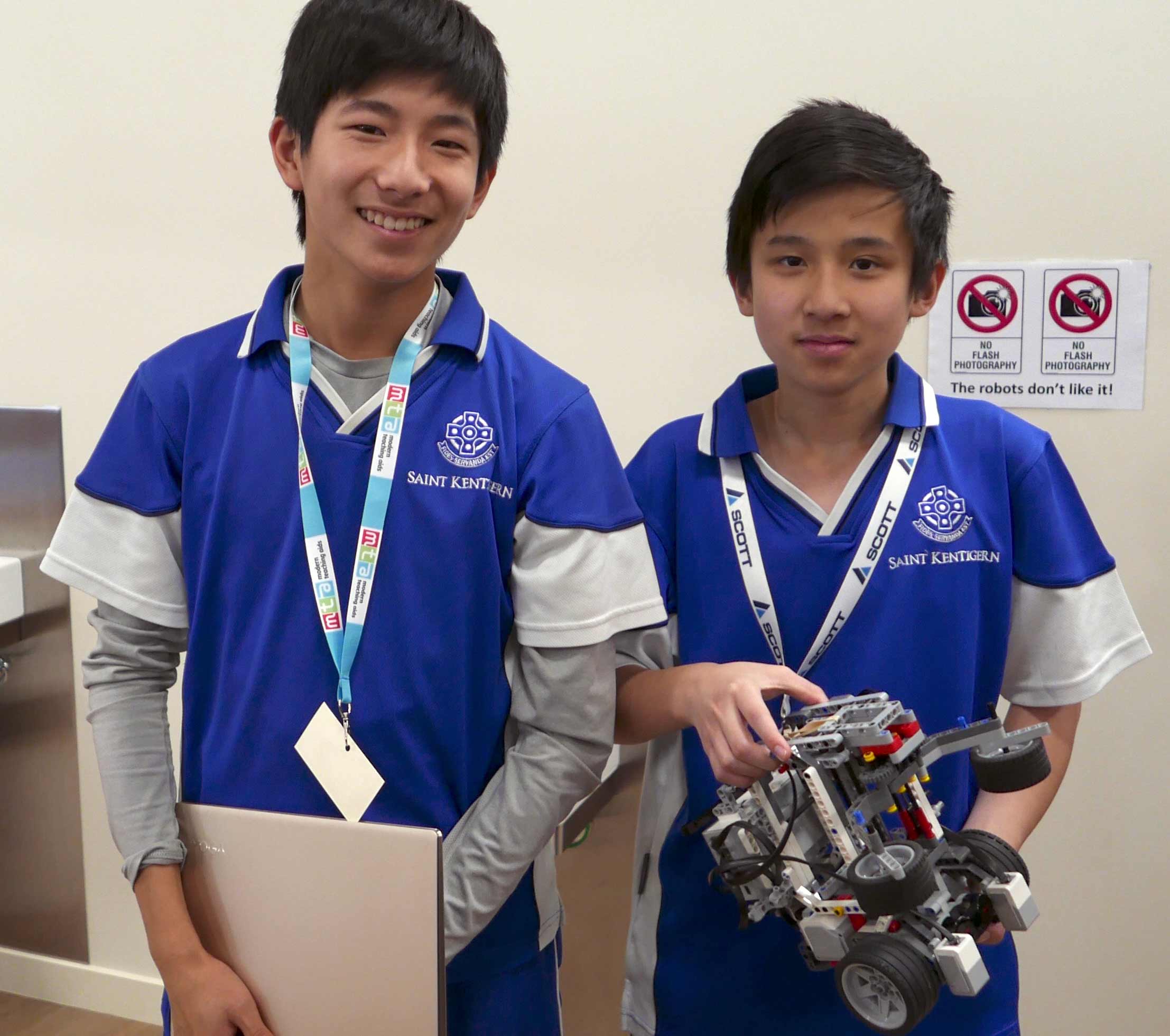 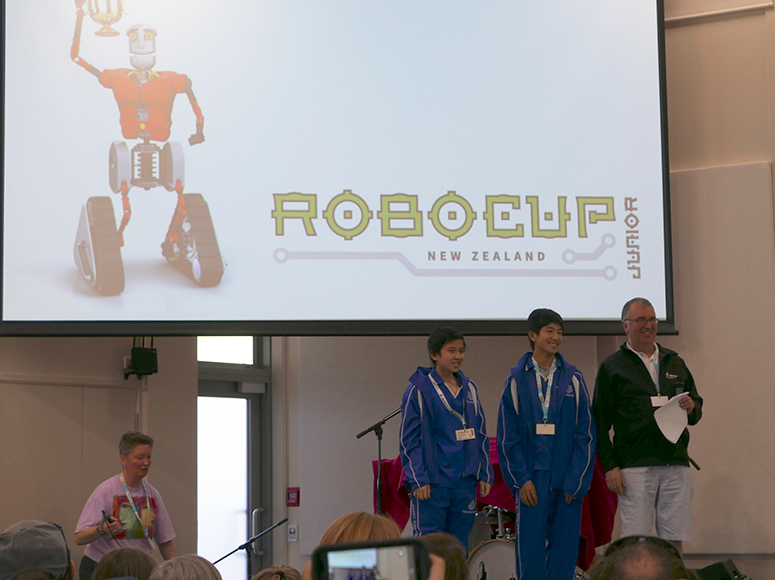