After great success at the Auckland Robocup competition earlier in the term, our first place winners from the various categories travelled to Christchurch to compete against the best robotics teams from around the country in the National Robocup Competition this weekend.

Each of our teams had built different robots to enter the various categories of the competition, applying their engineering knowledge and skills. They not only built robots that could perform the required tasks but also created the programming to precisely control the robot completely autonomously; any modifications to the robots meant altering the computer programme to suit the sensors.

In the 'Soccer' competition, two robots need to work together to protect the goal, attack the opposition, gain the ball and score across the field.

In the various 'Rescue' competitions, students were given only 20 minutes from first seeing the task to writing a programme that set their own robot on a path to complete a course over various obstacles to find an object and then 'rescue it' by pushing it out of the course.

The Premier teams had a more difficult 'Rescue' challenge. After completing the course, the robot had to find an object and pick it up to deliver to a platform.

In Christchurch there were a large number of teams competing across the various categories. There were some extremely clever and precise robots in all the categories, especially the Premier Division so congratulations to our entrants on their success!

Our boys have returned to Auckland well pleased with their national recognition, and having seen the level of robotics from other schools, are now fired up to do even better next year!
Well done boys, a great effort! 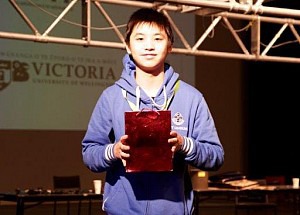 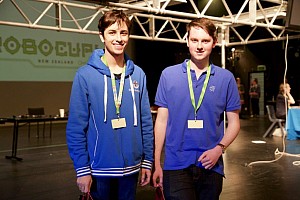 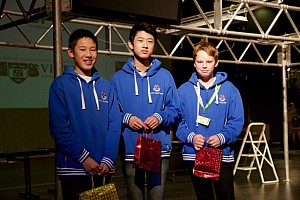 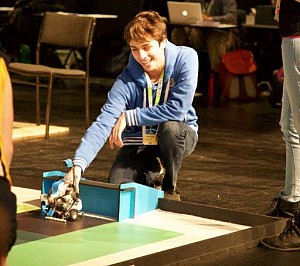