Up a Mountain, Down a Cave!

Each year, the boys in Year 5 at the Boys’ School study the landforms of the Auckland region with a focus on the extensive volcanic network in and under our city. As you drive around Auckland, its geological past is clear to see as the city straddles a volcanic field that has produced over 50 volcanoes that dot the landscape. The youngest and biggest is Rangitoto, sitting out in the Hauraki Gulf, the result of an eruption 6,700 years ago. What is not so obvious is the other side of this volcanic activity. There are currently fourteen known large lava tube caves that run from under the mountains to the sea, with many other smaller caves accessible from both private and public land. Children who have read Maurice Gee’s fictional ‘Under the Mountain’ will have an understanding of this network!

Last week, our boys had a chance to bring their classroom learning into focus with a visit to Mangere Mountain and Ambury Regional Park.

Estimated to be 70,000 years old, Mangere Mountain is one of the peaks that makes up the Auckland Volcanic Field. It is one of the largest and best-preserved scoria cones in the area. It has a wide crater with a lava dome near its centre, a feature shared by no other volcano in Auckland. Now a peaceful and scenic spot, its rich past offered plenty of learning opportunities for our boys.

With two rangers at hand to guide their learning, the boys’ understanding of the geological features of tectonic plates and their impact on volcanic activity was reinforced. They were given a sense of scale, learning that when New Zealand’s biggest volcano, Lake Taupo, erupted, it produced 72 cubic km of lava. By comparison, Rangitoto produced a ‘mere’ 2 cubic km!

To demonstrate the difference between explosive eruptions and ‘gentler’ lava flows, the boys undertook two experiments on the mountain; the exploding Coca Cola and baking soda mix producing the most spectacular results!

The boys moved on to Ambury Regional Park where they learnt more about volcanos in the centre classroom before donning hard hats and heading out to the lava field. A ladder protruding out of a small fissure in the ground beckoned. With torches at the ready, the boys descended one by one to discover a large cave below completing their ‘Up a Mountain, Down a Cave’ volcanic learning experience.

At Saint Kentigern, our students are fortunate to be offered many opportunities to extend their studies beyond the classroom, often spending time with experts who help bring their learning into context. The trip to two interconnected geological sites was a most valuable experience for the boys. Our sincere thanks to the parents who gave their time to help supervise. We truly appreciate your support! 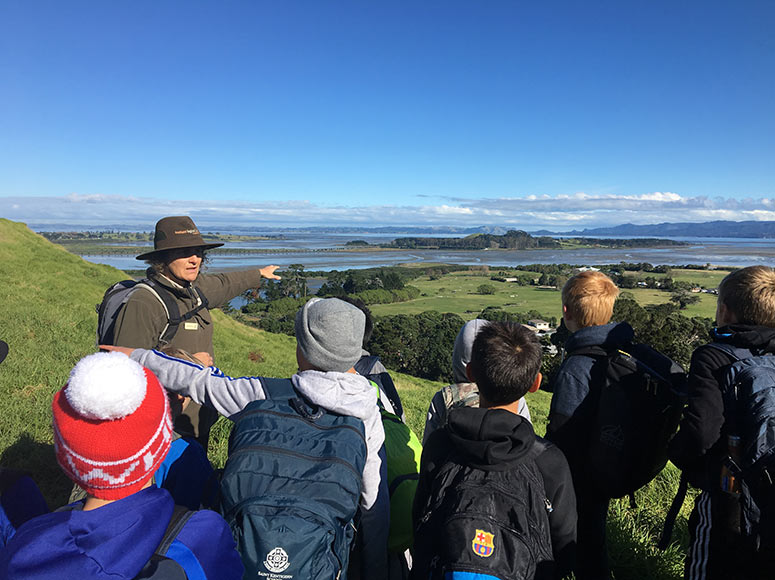 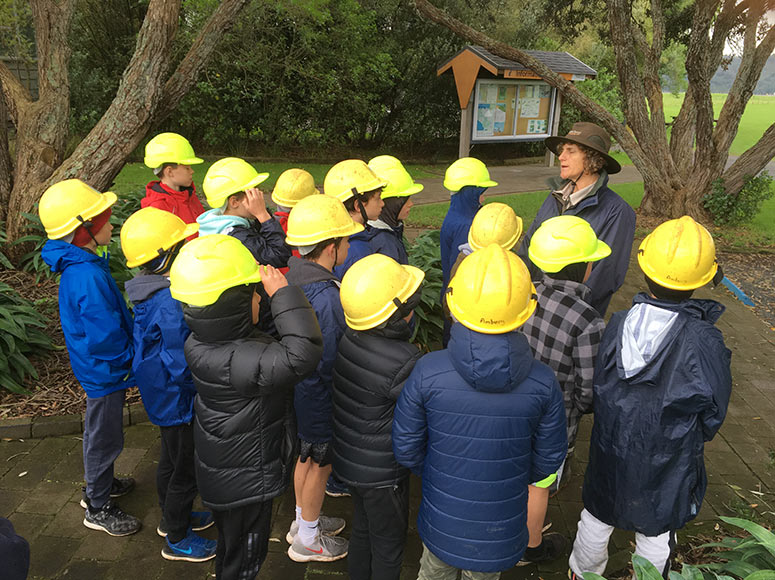 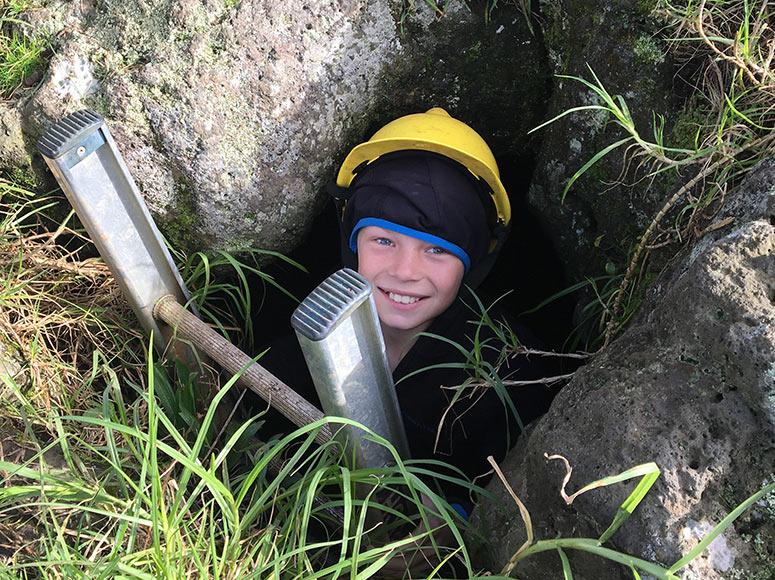