More Gold for Nathan in Build up to Youth Olympics

Year 10 table tennis player, Nathan Xu has had stellar results in his most recent competition as he builds up to the Youth Olympics in October.

Nathan has just returned from Australia after competing in the 2018 International Table Tennis Federation Oceania Senior Championships. Only 14 years old, he travelled to the Gold Coast as part of New Zealand's Under 21 Men's team!

Nathan was only 13 when he qualified last year for a place in the 2018 Youth Olympics taking pace in Buenos Aires, Argentina in October.  He is likely to be one of the youngest competitors at the games.

Nathan began playing table tennis at just four years old and, despite his age, is currently ranked as one of the top three male players in New Zealand. He said ‘Seeing the ball fly over the net to win a game after countless hours of practising and trying to master that shot is simply the best feeling ever. Table tennis is a really complex sport which requires the player to constantly adapt. The way every shot is different and the fact that you have to react to those changes swiftly is what makes table tennis beautiful.’

Nathan will come up against the best youth players in the world at the Youth Olympic Games.
Table Tennis New Zealand Executive Director John Lea says Nathan is an extremely dedicated athlete. ‘Nathan’s biggest assets are his speed and a keen willingness to learn. He is ambitious and is undaunted in meeting challenges against more experienced players, helping him to gather experience at a rate that belies his age,’ he said, ‘The Youth Olympic Games will be hugely beneficial.
This is the opportunity for Nathan to prove to himself and his supporters that he deserves to be playing on the international stage while they gain the quality table time that is needed to become a world-class player.’ 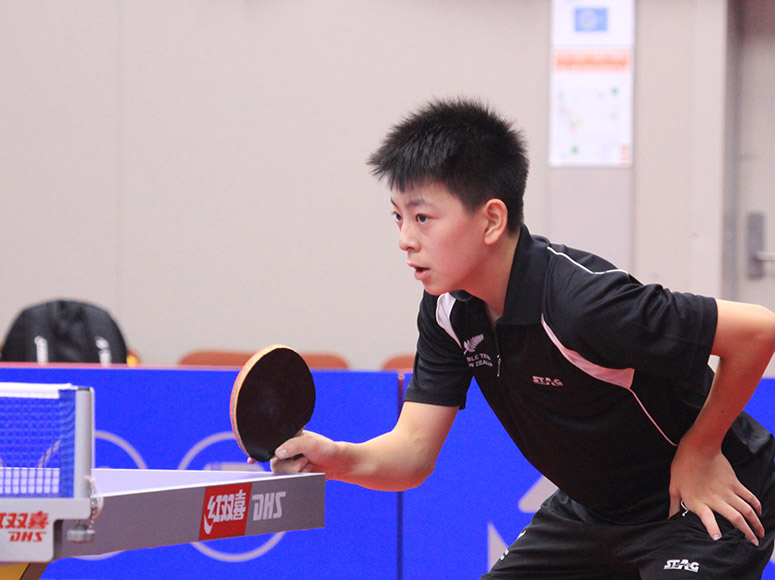