On the final day of the College year, the Sports Centre was packed to capacity as family, friends and special invited guests gathered with our students in Years 7-10 to celebrate their academic, sporting and cultural successes at the Middle School prize giving. The official party was piped in by William Eaddy followed by the College Sinfonia, comprising our Middle School musicians,  accompanying the National Anthem.

Dr John Kernohan made the address on behalf of the Trust Board reflecting back in this Jubilee year to the establishment of the College 60 years ago. With just a single wooden building in what is now Elliot Quad, the College consisted of just three classrooms for Years 7,8 and 9. That year there was a total of 92 boys and it is remarkable to think how few facilities they had when compared to today. Over the years we have grown to over 1700 students and boast some of the best secondary school facilities in the country.

Proud parents looked on as the top students in each age group came forward to collect their prizes from two long serving teachers who retire this year – Mrs Jan Lorenz and Mr Gordon Fryer. Dux of the Middle School, Haswell Brooke was a well-deserved recipient after significant grades including completing Year 11 maths as a Year 10 student.

At the conclusion of the formalities, Head of Middle School, Mr Duncan McQueen quipped that the bad weather that had plagued the Year 10’s at Field Centre had followed them home. Consequently the traditional end of year Beating the Retreat by the Second Pipe Band was moved inside and there was no flag lowering ceremony this year.  Our congratulations to all our award winners and especially to Haswell.

DUX OF THE MIDDLE SCHOOL

Haswell had the honour of being awarded the Dux of Middle School for 2013. He is an outstanding student who has consistently achieved at an Excellence and Excellence Plus level in all his subjects, including Year 11 Mathematics in Year 10. Haswell is to be commended for achieving a full year GPA of 395 out of 400 with an average of 98%, exceeding all other students by more than 15 points.

Haswell is an all-rounder who thrives in both the academic and co-curricular environment. In addition to his academic excellence, he is actively involved in the co-curricular life of the College. He has found success through the Duke of Edinburgh Bronze Award, the Concert Band, Stage Band, Music Production Orchestra, Saxophone Ensemble, Cycling and Duathlon. He achieved Merit in the New Zealand Junior Mathematics Competition, Distinction in the Australian Mathematics Competition and High Distinction in ICAS Science.

Haswell is clearly a highly motivated young man who has demonstrated a real passion to learn, is committed to achieving at the highest possible level and clearly displays our ethos of striving for excellence in all areas of College life. Haswell thoroughly deserves to be Dux of the Middle School for 2013.

THE J.E.H KURURANGI CUP
For the Year 10 Boy Showing All Round Ability

This cup is awarded to a Year 10 boy who shows all round ability. Cameron has demonstrated great versatility over the course of 2013. He competed in the Auckland Secondary School competition for Cross Country and Triathlon as well as participating in the Duathlon and Cycling. Cameron was fully involved in the Duke of Edinburgh Bronze Award and was a Middle School Student Leader in Semester One. Throughout the year he has been active in the Junior Chess, House Choir and took part in the Mathex competition. Cameron has continually shown diligence inside the classroom receiving several mathematics awards and excelling in all areas of the curriculum.

This cup is awarded to a Year 10 girl who shows all round ability. Emily has shown her leadership qualities as a Middle School Leader in Semester One. She is a fine sportswoman who has represented the College in Junior Tennis, Netball and the Premier Touch team. Emily has participated fully in the Duke of Edinburgh Bronze Award and was a keen member of the House Choir. She has consistently maintained high standards in her academic work through her diligent approach to her studies and has shown commitment to achieving her personal best both inside and outside the classroom. 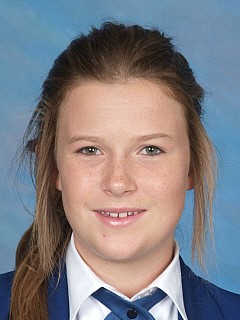 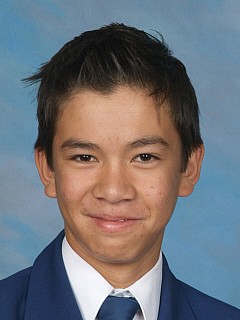 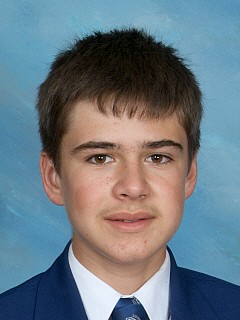 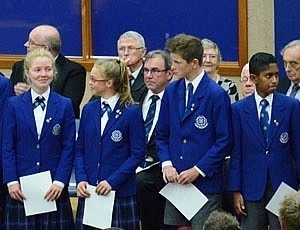 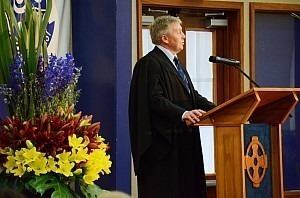