The Sports Centre was packed to capacity on the last day of Term 4 as parents, grandparents and special invited guests came together with our students in Years 7 -10 to celebrate their academic, sporting and cultural successes at the Middle School Prizegiving.  The official party was piped in by lone piper, Nichlolas Stanfield and the College Sinfonia accompanied the National Anthem and later played an interlude.

We were pleased to welcome Old Collegian and 2012 Olympian, Blair Tuke to present some of the prizes. Blair is our first Old Collegian to win an Olympic medal. He, along with sailing partner, Peter Burling won a silver medal in the 49er Sailing class at this year’s London Olympics. Mrs Leigh Cunningham, who retires from the English department after 20 years of service, also presented prizes.

Following the formal event, students and guests moved outdoors to enjoy a performance by the Middle School Pipes and Drums as the flag was lowered for the last time this year.

Grace has earned the honour of being the Dux of Middle School for 2012. She is an outstanding student who has achieved consistently throughout the year at an excellence level including studying Year 11 mathematics in Year 10.  Grace has shown that she is an intelligent and highly organised student who is extremely capable in all of her subjects. Her full year GPA was 377 out of 400 with an average of 94%.

In addition to Grace’s academic excellence, she has been actively involved in the co-curricular life of the College through the Duke of Edinburgh award, Concert Band, Cross Country, Tennis, Athletics, Football and the Cargill House Choir. Grace has also excelled in the Australian Mathematics Competition gaining Distinction, the ICAS Science with Distinction and was in the Top 200 in the New Zealand Junior Mathematics Competition.

Grace is clearly a highly motivated young lady who has demonstrated a real passion to learn and is committed to achieving at the highest possible level. She thoroughly deserves to be Dux of the Middle School for 2012.

This cup is awarded to a Year 10 boy who shows all round ability. Nicholas has demonstrated his great versatility over the course of 2012.  He has played Hockey and Table Tennis and also participated in the Eastern Zone Athletics. He was fully involved in the Duke of Edinburgh Award and was a Middle School Student Leader in Semester 2. He has been active in the Pipes and Drums and was in Junior Debating. Nicholas has also worked diligently inside the classroom receiving Academic Honours and is commended for his accomplishments in 2012,

This Cup is awarded to a Year 10 girl who shows all round ability. Jessica has shown her leadership qualities as a Middle School Leader. She has been active this year in the Yachting Premier Team and has participated in the Duke of Edinburgh Bronze Award. Jessica has also been a member of the Musettes and Kentoris Choirs and had a lead part in the Middle School Production. Jessica has consistently maintained very high standards in her academic work being awarded Academic Honours, the Latin Prize and the St Andrew’s Divinity Prize and has contributed confidently to the College in 2012. 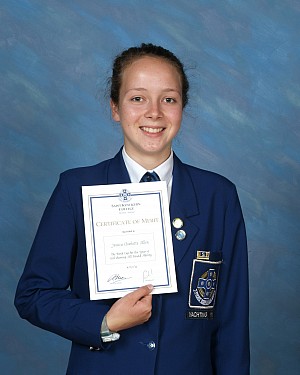 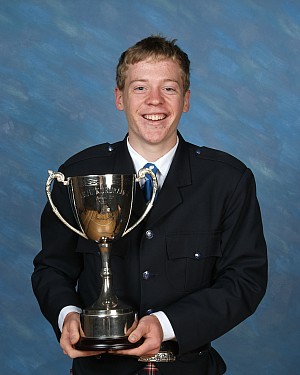 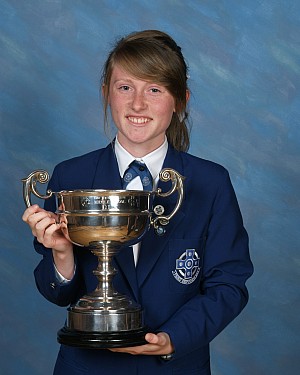 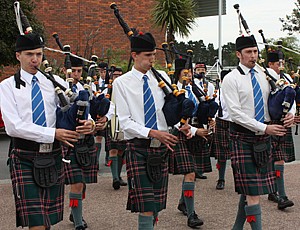