It was a clean sweep for our girls in the top three placings at this year’s Middle College Year 7 Science Fair!

Over the course of last week, a diverse range of imaginative projects with a strong scientific focus were put up for scrutiny by a panel of judges. There were plenty of original ideas for our judges to ponder, with the winning projects selected on the basis of their rigour to carry out repeated scientific measurements, fair testing, analysis of the results, returning to reflect on the hypothesis and taking into account any experimental error.

Winner, Sienna Willams, rolled up her sleeves in the garden to declare war on pests eating cabbage plants, comparing the effectiveness of natural and chemical pesticides on the control of pests, and the growth of the plant.

New to the area and looking for a place to swim, Charlotte Muir wondered why people could be seen swimming at Bucklands Beach but not at the Panmure Basin and set about testing water quality.

Frances Revell-Devlin also tested beach quality but turned her attention to the degree of plastic particles in the sand, proving her hypothesis, that South Auckland beaches, which are closest to manufacturing areas, had the largest amount of plastic waste.

Highly Commended awards went to Imogen Perry for her project testing the strength of recycled paper, Daniel Lowe for testing the which material is best suited for absorbing oil spills and Julia Koeman who tested the variables of living conditions for mosquitoes in the hope she could eliminate them from her garden.

In the Middle College Years 7-10, girls and boys are in single gender classrooms and taught separately in all their core subjects, including science but the final Year 7 Science Fair projects were pooled for judging. The Year 7 science projects were judged initially within each class before the final winners were selected from all Year 7 classes. The six selected will now go on to the regional NIWA Science Fair – good luck! 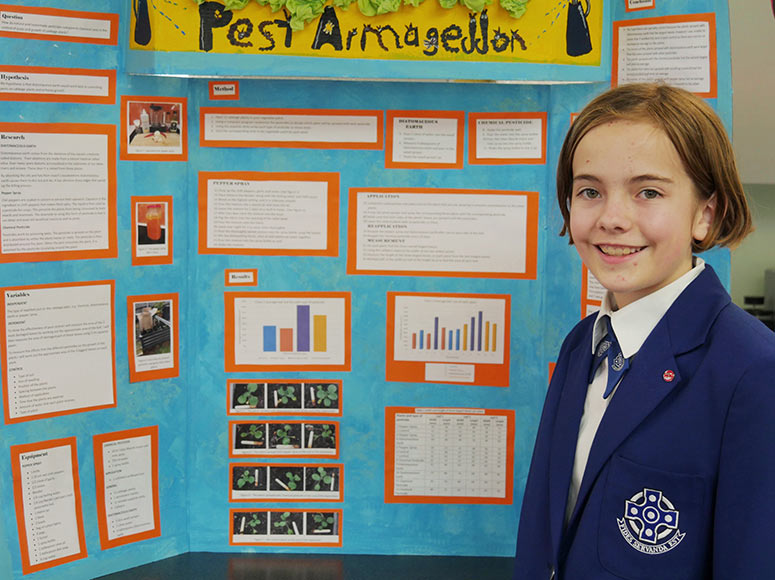 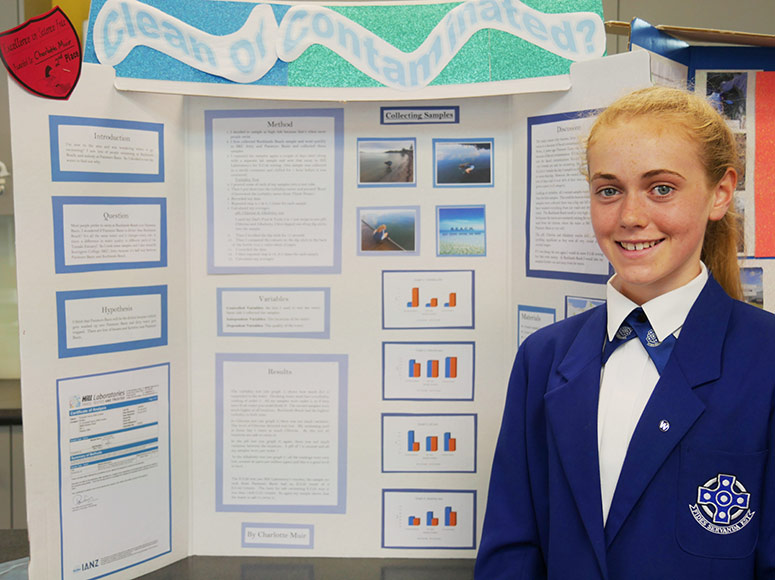 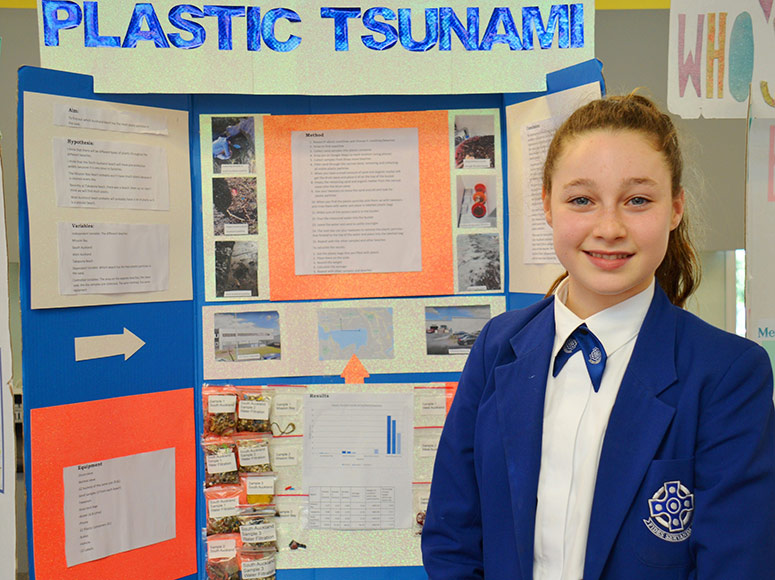