Memories of the Holocaust

A group of our Year 12 students sat in shocked and respectful silence on Friday when they heard first-hand from Holocaust survivors, Fredja and Shmuel Rothbard about the horrors and hardships they faced as young Jews in Poland during the Second World War. As part of the Jewish Federation of New Zealand’s HOPE 2105 Project, the couple, now in their 80’s, were invited from Israel to New Zealand to educate school and university students about the realities of the Holocaust - not from a text book but from the view of those who had lived through the experience and bore witness to the atrocities.

The four classes comprised students studying History for either NCEA Level 2 or the IB Diploma, whose course work includes the study of the Weimar Republic and Nazi Germany from 1919 through to the end of the Second World War. The curriculum also allows students to study the reasons behind the persecution of minorities during the Nazi regime, including that of the Jewish faith, and its outcomes. The visit by the Rothbards gave the students the chance to explore and gain a greater insight into a difficult but important period in history, and to understand the causes, consequences and social impact of such past events.

At each speaking engagement, Fredja and Shmuel have taken it in turns to tell their own story, whilst also touching on the story of the other. At our school, it was Fredja’s turn to speak. The story she told was harrowing. The students heard how from 1941 to 1945, Jews, along with other persecuted groups in Europe, were targeted and methodically killed in one of the largest genocides in history. When this incomprehensible tragedy - the Holocaust - ended in 1945, the Nazis had killed six million Jews. The facts were chilling. There were 1.7million Jewish children in Europe prior to the war. Fredja and Shmuel were two of the 200,000 who survived – 1.2 million lost their lives. Most of those who survived had been hidden, often separate from their parents. With identities disguised, and often physically concealed from the outside world, these youngsters faced constant fear, dilemmas, and danger. They lived in the shadows, where a careless remark or inquisitive neighbours could lead to discovery and death.

Fredja was born in 1934 in Gorzkow, Poland. She was 5 years old when the war took hold and although she didn’t fully understand, she sensed the fear at home, and was afraid of the shouting in the streets and the sound of vicious dogs barking. Her father worried that his family would not survive in the Ghetto and so her younger brother was given away to Polish friends to look after while she and her mother went into hiding, in an underground hideaway in a forest, scarcely able to move or speak for weeks. They continued to run and hide but her mother expected that one day they would be captured and tried to prepare Fredja. Time and again she was told by her mother that if they were caught, she must deny being her daughter, she must tell the Germans that she was a neighbour’s child, that her father was away fighting in the Polish army and her mother had been killed. When they were captured, she did as she was told – she lied as her mother had told her; something that was to haunt her for the rest of her life. She always wondered, ‘Could I have done anything else?’ But she was only 7. She was later to witness her mother being murdered – shot in the back at close range by a German soldier.

Through a series of circumstances, Fredja came to be cared for in a Catholic monastery and passed as a Christian child. These were difficult years as even at her young age, she worried she would lose her identity. She embroidered her name and put it in her pocket as she thought she was the only Jewish child to survive. The nun who cared for her, was later to receive acknowledgement for the part she played in protecting Jewish children.

Following the war, Fredja boarded an illegal ship to Palestine along with thousands of other migrants and after a further period of internment, has since lived a peaceful and happy life on a kibbutz in Israel where she met her husband, Shmuel. His story is equally harrowing but together they have found strength and happiness, raising three children in a world so different to their own childhood.

In this age of plenty, it is almost incomprehensible for a student in New Zealand to imagine a time in a first world society when a child as young as 6 or 7 could be left alone to fend for his or herself, knowing constantly that their life is in danger for no other reason than who they are. Our students were clearly moved by all they heard from the Rothbards.

The students were given the chance to ask questions and one asked, in the light of all that happened, how the Rothbards felt about Germany and Germans today. Shmuel spoke of reconciliation being a difficult concept after a genocide but that they have come to understand that you cannot place blame today for the actions of an earlier generation. With far-right politics and anti-Semitism again on the rise across Europe, Shmuel and Fredja tell their stories to help encourage today’s generation to think about how they conduct their own lives. 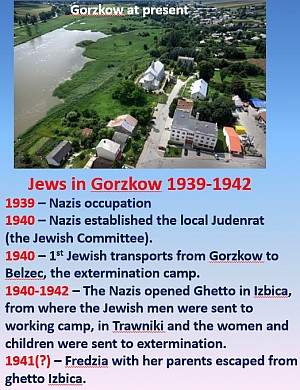 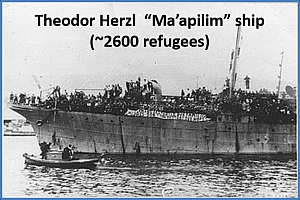 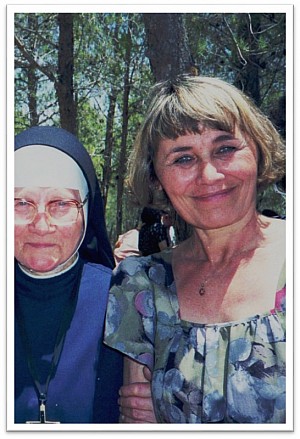 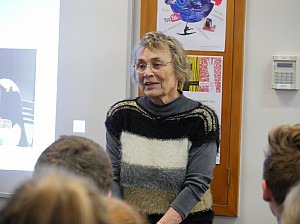 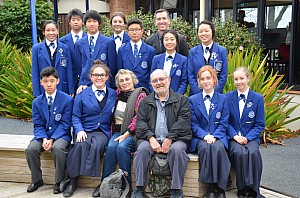 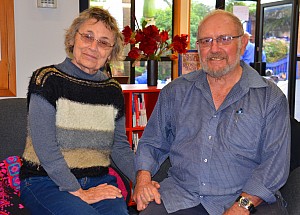