Media Trip to the USA

With thanks to student reporters, Margaret Li, George Shirtcliffe and Erin Meek

During the April holidays a contingent of senior Media Studies students headed to the USA to gain a broader perspective of the industry associated with their studies. In a whirlwind three city tour, they visited businesses, studios and schools to extend their learning, also mixing it with some fantastic tourist opportunities to round out their trip.

San Francisco
San Francisco was the first stop on our trip to the USA over the April holidays. After a long plane ride and good night's sleep we were fresh-faced and ready for the city! On Day 1, we paid a visit to Google’s office and were given a personal tour by an old Collegian, Ashley Cornell, who now works there. Getting the chance to explore behind the scenes of Google - a huge technology company and creator of the search engine we regularly depend on, was rare and exciting. On our tour, we observed many 'Googlers' in action, each curiously immersed in their computer screens. When we asked what they were doing, Ashley explained they were each trying to solve problems unique to their field, to make our everyday lives easier. Open, creative and even some ‘hidden’ thinking spaces, including multiple kitchens, a cinema and gym, were readily available to promote the flow of ideas that would hopefully lead to new solutions.

For many of us, this was our first glimpse into the mechanics of a business and we were amazed by how different and independent their studying was – out in the real world. Ashley was super helpful in answering questions, resolving myths about the application process and running an interactive presentation about Google’s formation and purpose.

That evening we enjoyed an exotically diverse dinner at ‘Off the Grid’– an open night market filled with food trucks and entertainment. In the fun, low-key environment, we had the opportunity to properly interact with American culture through the food and friendly locals.

Over the following days we did plenty, more ‘touristy’ activities such as walking the Golden Gate Bridge and strolling through the Palace of Fine Arts. Vising Ghirardelli Square and Fisherman’s Wharf was particularly memorable, mainly because of the appealing chocolate shops and noisy piles of sea lions lounging by the wharf!

That afternoon, we explored a wet and windy Alcatraz Island, finding shelter in the renovated cell house which reproduced the prison blocks and dark memories that once lived there. A guide told us of some fascinating (and slightly mad) great escapes, which we experienced intimately in the appallingly detailed stories and recounts told by actual inmates and officers in the audio tour. We left the island feeling quietly spooked out!

The first city we visited in the USA did not disappoint to say the least! We were exposed to the secret happenings of a big media business, had our first taste of American culture and met some friendly people along the way! It was a truly precious and eye-opening experience. On the last day, we were sad to leave but overall, satisfied and looking forward to the next stop.

We landed in New York at 7:30 in the morning.  A full day of sightseeing ahead meant that a diner breakfast and coffee were much needed.  We were thrown headfirst into life in New York City, visiting Central Park before taking the loud and tightly packed subway to see the Empire State Building. From here we walked the streets and boarded a ferry to see an American icon, the Statue of Liberty.

The next morning was spent at the Paley Centre for Media, where we had the opportunity to take part in a workshop: ‘The 1970s: Age of Relevancy.’  Lecture, screenings and discussion were all part of the workshop in which we examined how political and social issues of the period contributed to the uniqueness of storytelling and programming of 1970’s television.  The rest of the day was spent discovering the city and visiting Times Square. That evening, the group travelled to the Imperial Theatre on Broadway, to watch the musical to receive the most Tony nominations this season, ‘The Great Comet.’

The Museum of the Moving Image is dedicated to all forms of moving image, including optic toys, digital art, classic cinema, and gaming.  Displays in the museum include props, costumes, and sketches from films like Silence (2016), The Silence of the Lambs (1991), and the Star Wars saga.  Our third day in New York was spent in a workshop at the museum, exploring its exhibits, and travelling to Soho before seeing an animated film, My Entire High School Sinking Into the Sea, directed by Dash Shaw.

Two of the New York’s top universities to study film and media are NYU Tisch University and the New York Film Academy.  The next day, we had the opportunity to visit both of these schools, shoot around the city, and see the new Jordan Peele film, Get Out (2017).

Other sites we visited over the next two days included the 9/11 memorial, the High Line, and the Metropolitan Museum of Art.  New York was constantly bubbling with life and activity, always living up to the name of ‘The City That Never Sleeps.’  Leaving the hostel to fly to LA was certainly bittersweet, but we eagerly anticipated the sun and glamour of Santa Monica.

Los Angeles was huge. We initially thought that it would be more of a small, centralised beach city but we were surprised to learn otherwise. When we arrived in LA, we were quick to learn that it would take about an hour for us to reach any of our trip destinations. This wasn’t such a bad thing as we got to explore and drive through huge urban landscapes, as well as the beaches that LA is so famous for. Whilst it was clear to see that we were still in America, Los Angeles was felt closer to home. The people were different from those we had encountered in other cities. Wearing shorts and jandals, it felt like we were back in a typical New Zealand summer, especially paired with the warm climate.

The city was packed with movie history and movie makers.  We explored the Warner Bros Studios, walking on a sound stage and looking through a warehouse of props and costumes where you could have been lost for what seemed like weeks.  There was furniture to dress Presidential suites, tomb artefacts, chandeliers and so much more.  People were moving items in an out the entire time we were there as sets were prepared for filming.

Later, we walked the footpath in Hollywood filled with stars and matched hand and footprints outside the Chinese Theatre before heading up to a lookout spot to view the Hollywood sign up on the hillside. On our last days in the sun, we spent time adventuring and learning about film sets at Universal Studios.  Presentations in the day included ‘Special Effects’ and ‘Working with animals’ – as well as an opportunity to see the characters in costume of Megatron and Bubble Bee from Transformers.   We also ate dinner at Bubba Gump on the Santa Monica pier.

To wrap up this amazing trip, we spent a day at Mira Costa High School seeing an exciting nation award winning Media programme run by Mr Hernandez.  In their school, students applied for positions in the Mustang Morning News team to write, produce and then present stories from within the school and beyond.

The trip was amazing. It was a great experience - certainly one which has benefitted our understanding of the media industry. 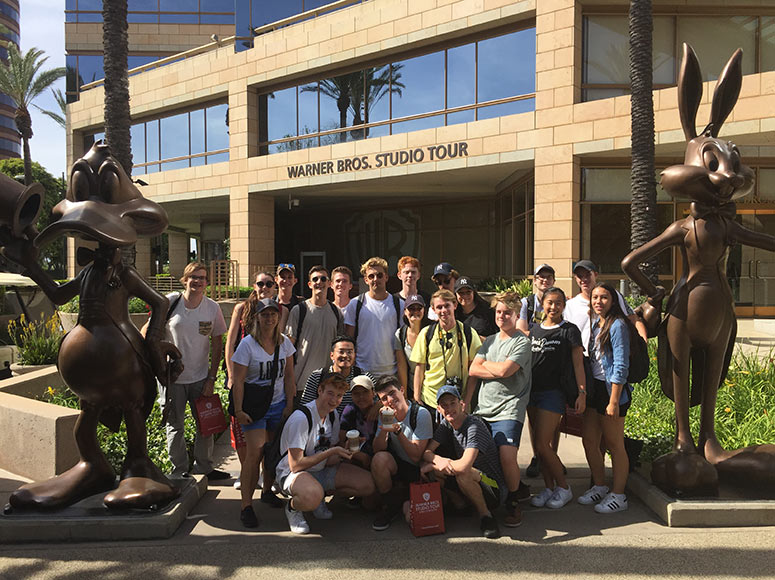 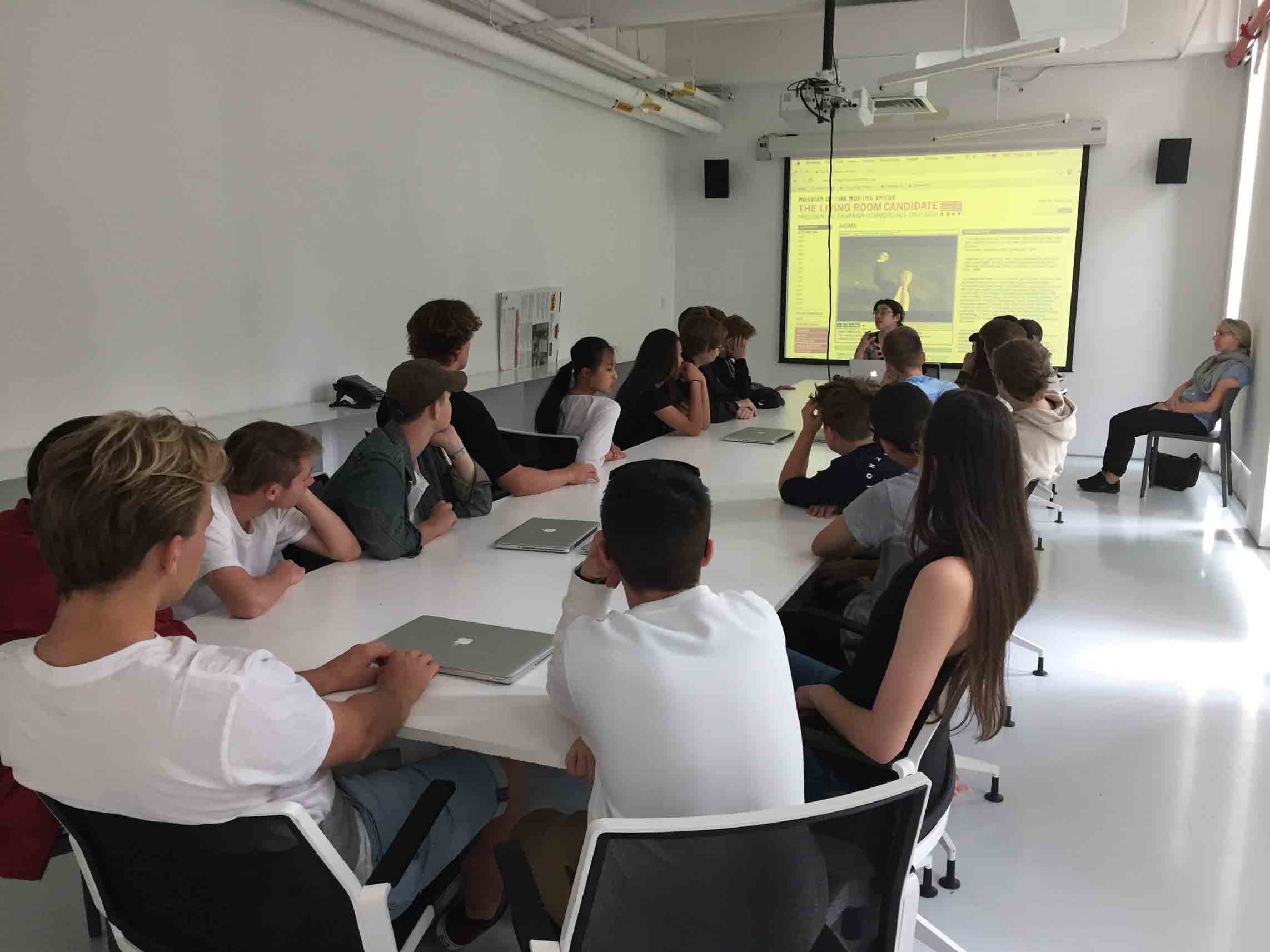 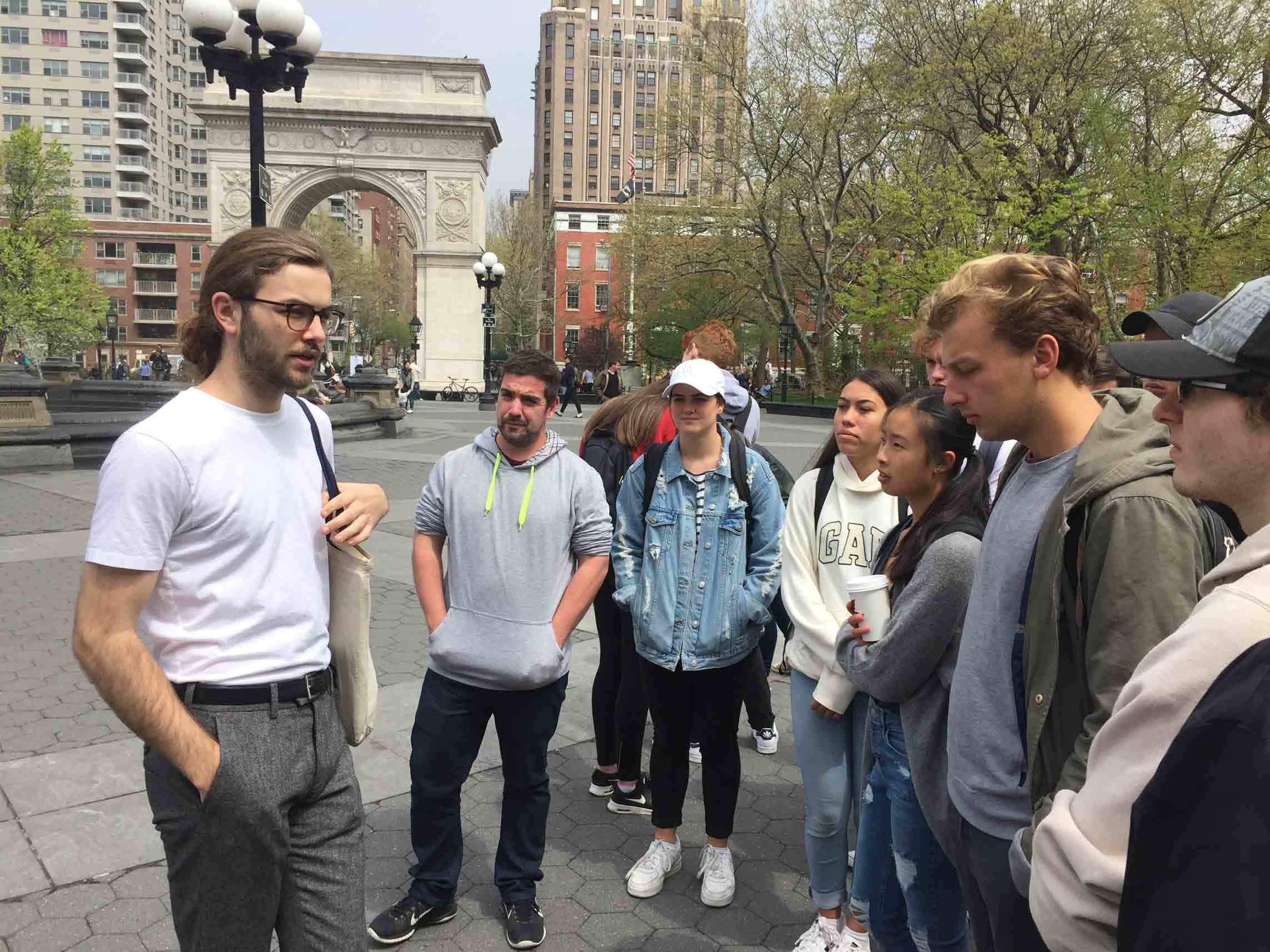 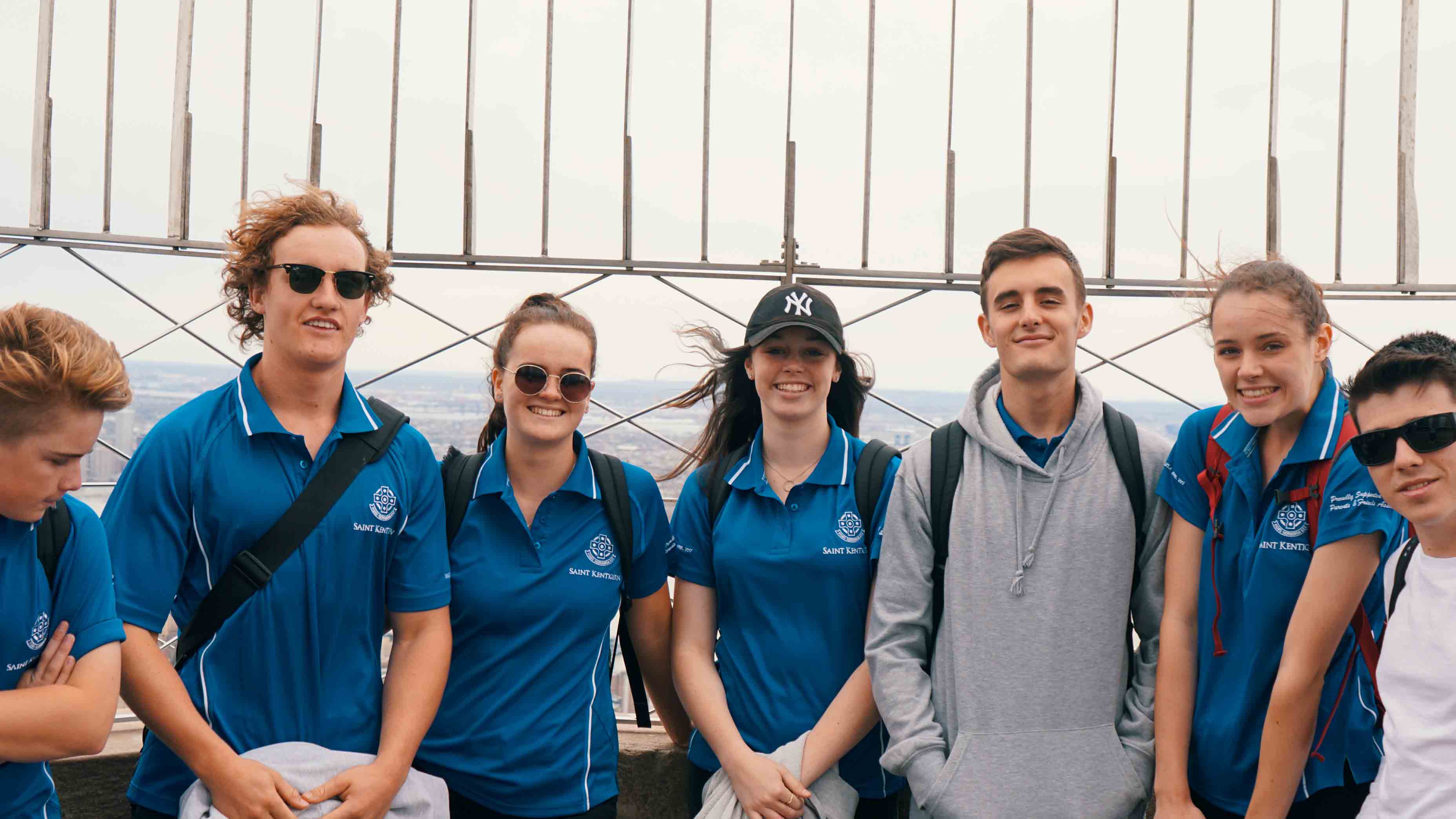 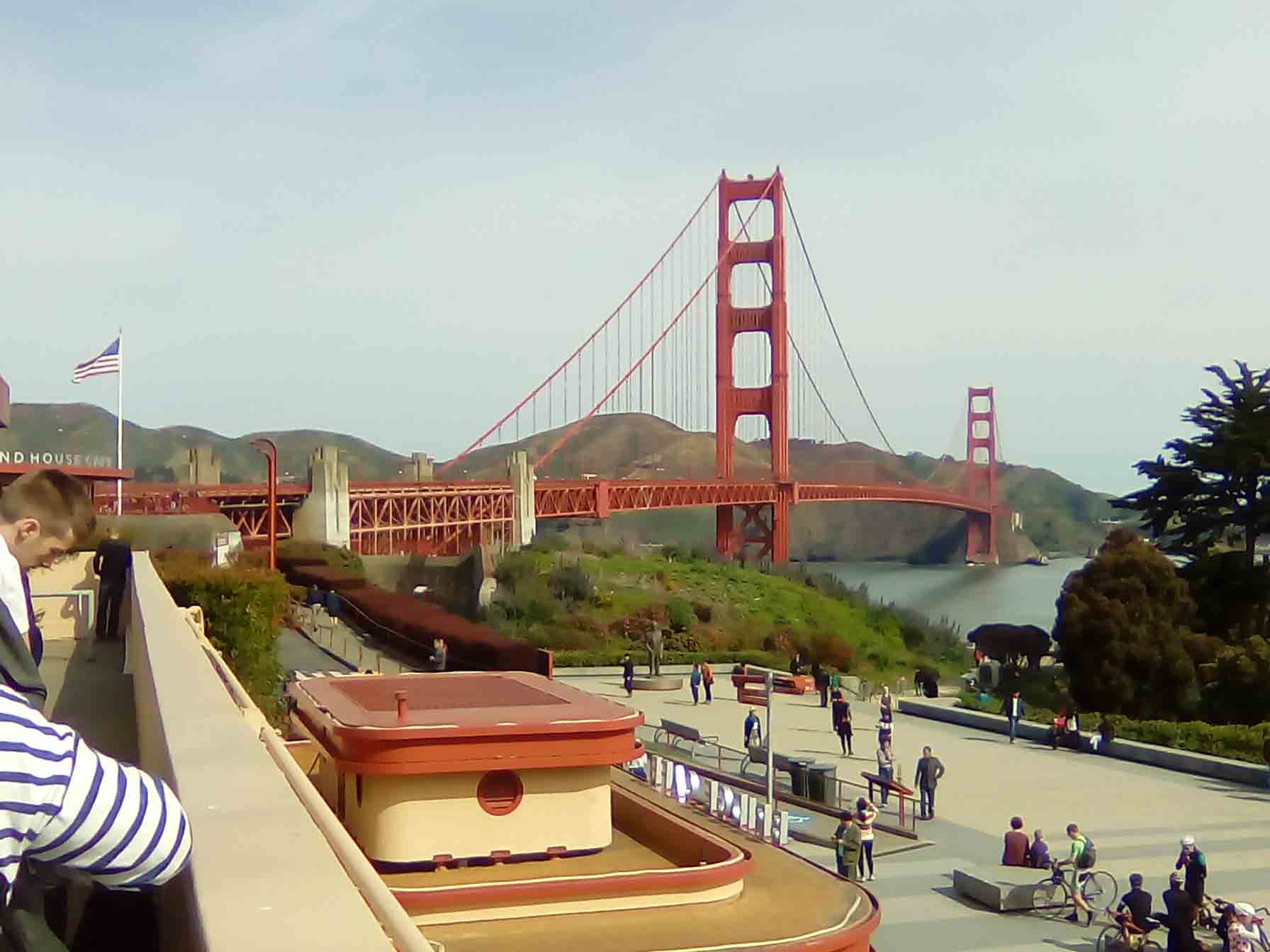 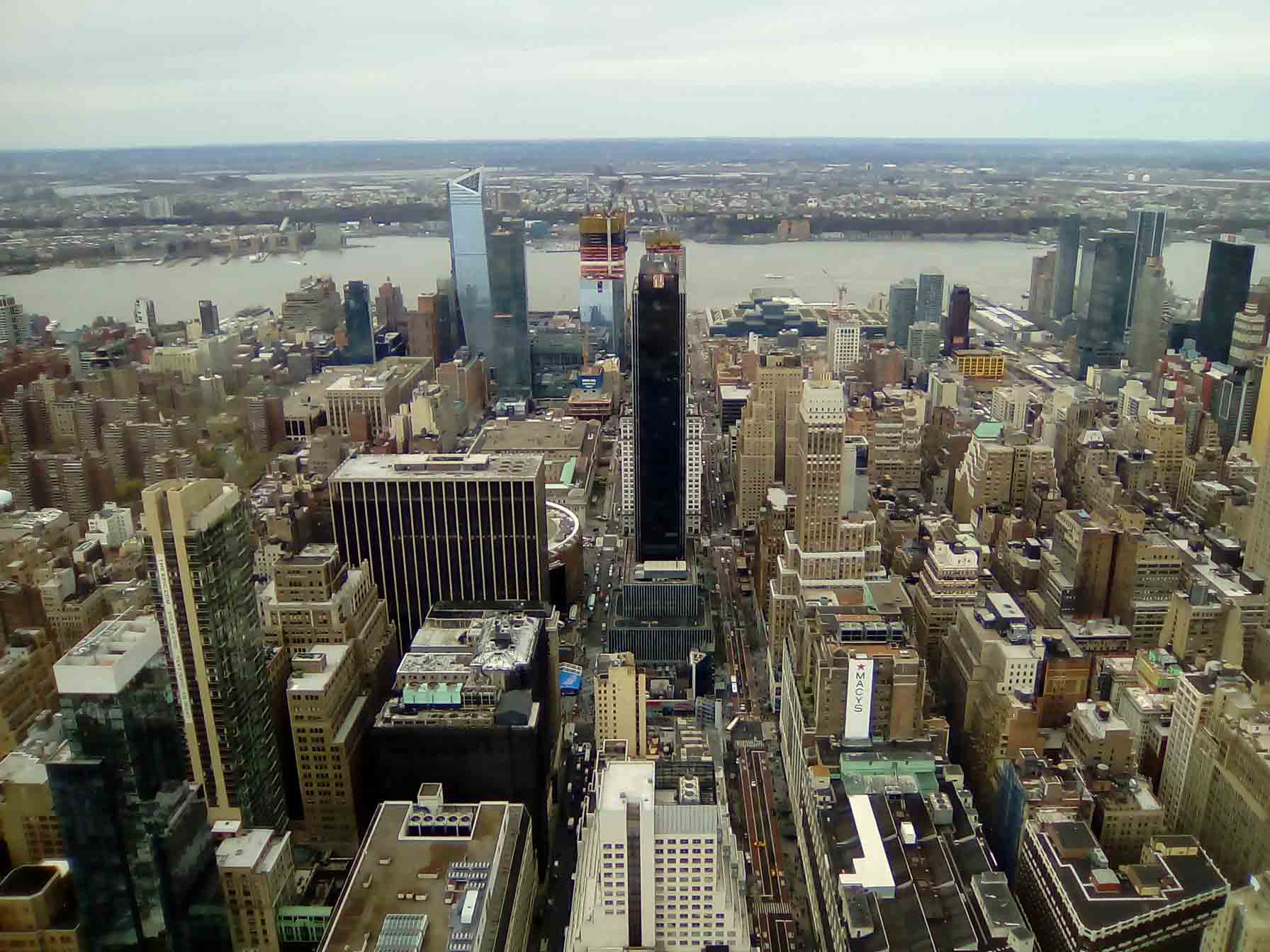 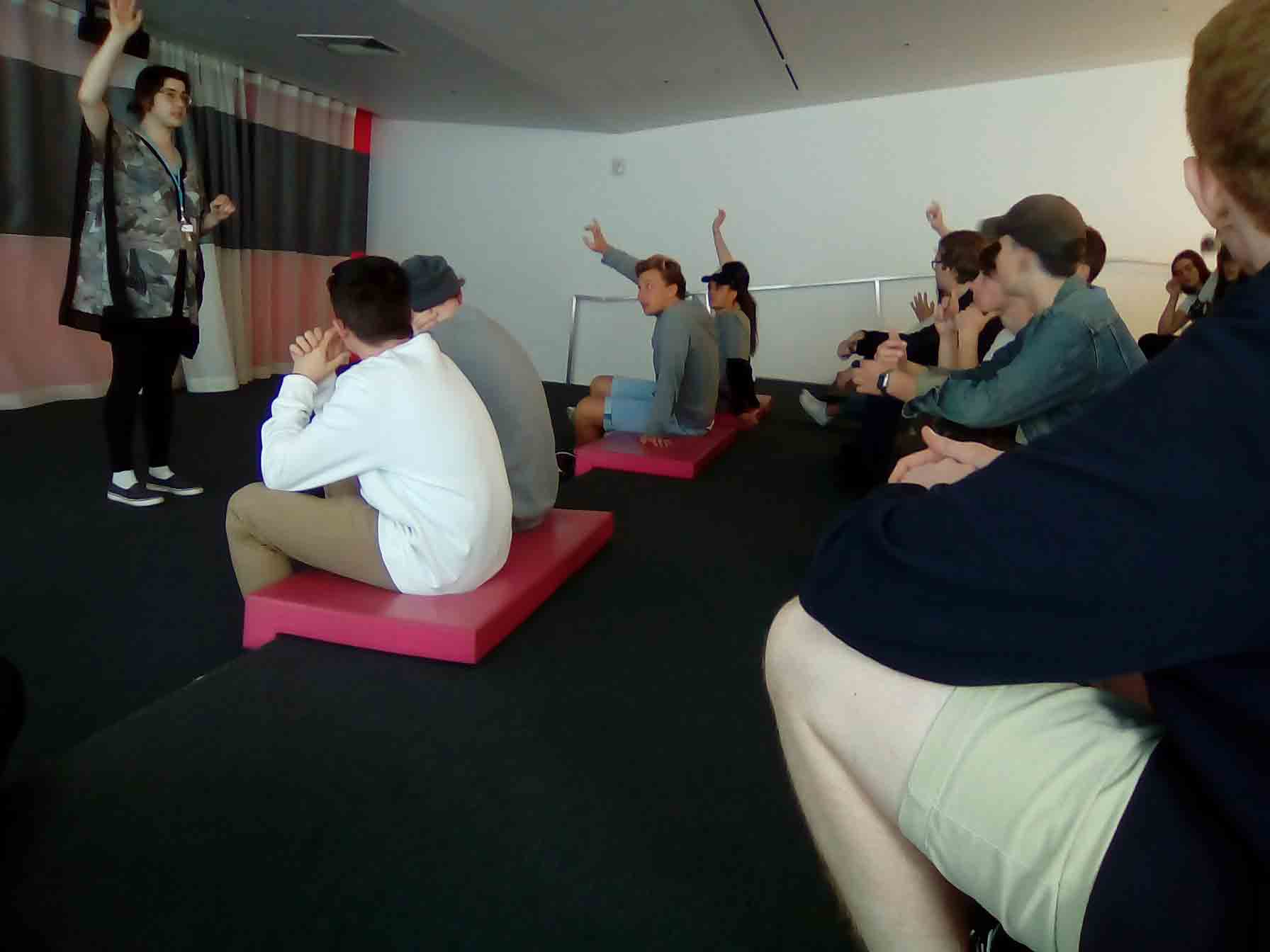