With thanks to Year 13 student reporter, Grace Chang

Due to take place in August, but rescheduled to October due to the ‘Covid effect,’ the annual inter-school Mathex competition proved a winning night for our Year 10 Mathex team. Saint Kentigern teams have had repeated success at this event over the years.

Held at the Barfoot and Thompson Stadium, Mathex is a team competition where teams of four race to compete 20 questions as fast as possible. It is an adrenaline filled competition due to the requirement that teams must send a runner to run their answer to a marker after they think they have solved the question.

The College sent a total of eight teams from Years 7-10 over two nights of frenzied competition!
All of our teams competed and represented the school excellently. Our year 10A team performed exceptionally well, winning the Year 10 competition! This is the 3rd year in a row that a College team has won the competition, with this particular cohort having won Year 8 in 2018 and Year 9 in 2019. This year, the team finished more than 10 minutes ahead of second place after blitzing through the last two questions significantly faster than any other team. The team members in the Year 10A team were Emma Ying, Eric Lee, Eric Liang and Orlando Ye (runner).

The students involved in Mathex complete a selection process at the start of the year to be selected into the training group for their year level. They train at lunchtime every week and it is a particular credit to the determination and love of mathematics that this years’ students have that they trained for an extra term due to the rescheduling.

Click here to check out the sample Year 10 questions. 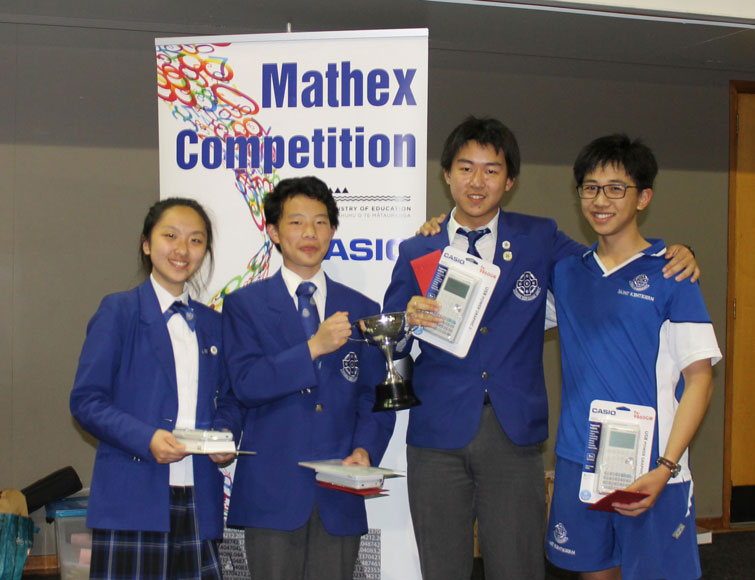