Match Of The Day

They may be older, possibly wiser but maybe just not quite as fit! When a Staff v Boys football match was proposed at the Boys’ School, the staff wisely opted for the compact 7-aside version!

With the sporting calendar put in turmoil this year due to Covid-19 restrictions, like other schools, the Boys’ School has not had a full season of competitive winter sport. Unable to compete against their usual school opponents, a game against a new team was welcomed by the 1st XI – even if their opposition towered above them!

With Alert Level 2 and the restrictions on gathering large groups putting the annual end of term House Tug of War on hold, a friendly game of football out in the fresh air seemed like a great way to finish the term. The whistle blew and ‘Match of the Day’ got underway in front of a very vocal group of spectators!

With Mr David Hessey as referee, the game set off at a cracking pace and proved to be surprisingly even-sided, with both teams giving each other a good run – and the extra-large team of staff taking every chance to sub on and off frequently to take a breather! Mr Cassie wisely picked goal!

Reverend Hardie, hot off the recent Staff v Girls netball and football games at the Girls’ School, sneaked in an early goal, taking the half time score to 1-0. The pace picked up in the second half, with two balls disappearing over the fence onto the building site! Ryan Harding scored for the boys followed by a further goal from the Rev and one from Mr Mackerell, taking the score to 3-1 to the staff at the final whistle. What a great way to finish the term – fun on the field in brilliant sunshine!

Note: As this was a mufti day, all the boys and staff are in mufti with the boys playing in red bibs. 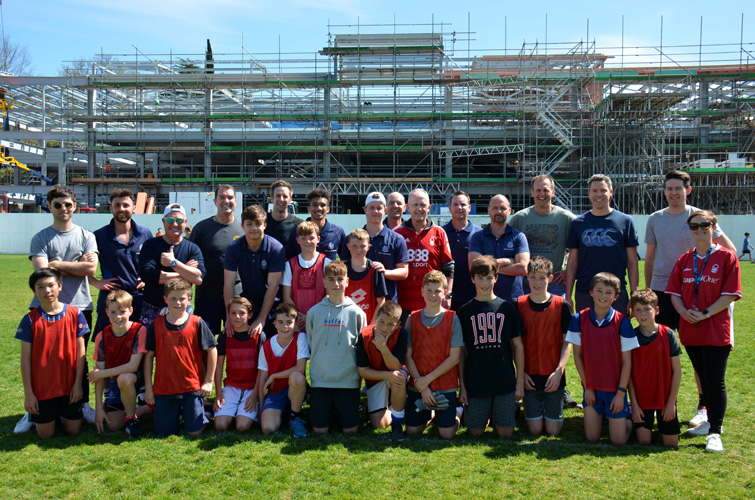 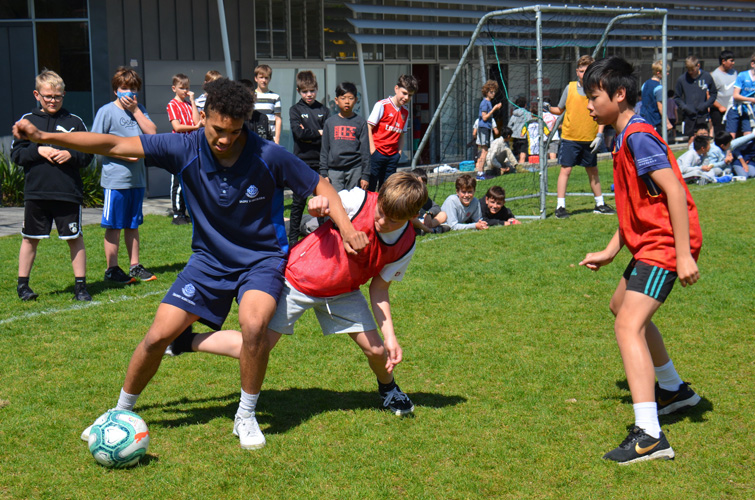 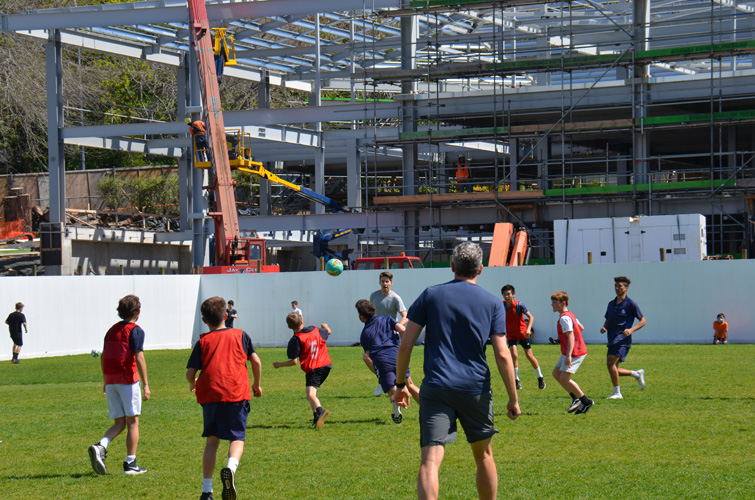 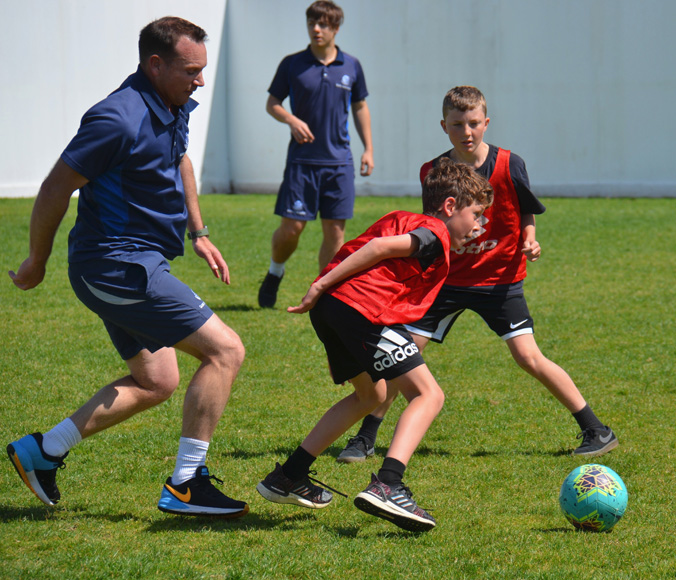