When we talk about Saint Kentigern’s cultural heritage, we have tended to look to our traditional past with deep ties to Scotland.  Each year we celebrate these ties when our Pipes and Drums step out to represent Saint Kentigern, with focus given to our annual Ceilidh at the College, Celtic Day at the Boys’ School and Flora MacDonald Day at the Girls’ School.

After a few years’ hiatus, last night we also enjoyed a colourful and energetic evening of entertainment from another key part of cultural makeup, our College Maori and Pasifika Cultural Group. The group had re-formed early in Term 1, quickly swelling to over 40 active members, representing a diverse range of nationalities from the Pacific Island nations and beyond. The group first performed before a Full School Assembly in Term 2 with a beautiful rendition of ‘Ia Vi’ia Le Atua’ (Glory be to God) followed up with a vibrant fresh Sasa for Samoan Language week.

The evening was the group’s chance to showcase aspects of their cultures in a public performance; a momentum they hope to sustain as they expand their repertoire and work towards Polyfest 2017. This year’s performers were a cross section of ages from both Middle and Senior School who were very proud to perform for family and friends.

The night was hosted by Year 10 students, Caleb Pese and Benji Pauga who did a fantastic continuity job keeping the audience informed and entertained from start to finish, including their great rendition of ‘Island Team’ along with a number of audience ‘ice breakers!’

The show opened with a karanga from Old Collegian, Amorangi Malesela, supported by a Kaikorero from Valance Yates (Year 10) and ended with a Taualuga; a chance to offer koha. In between we saw both solo, small group and large group performances from the islands of Tahiti, Tongan, Hawaii, and Samoa – each bringing a riot of colour, energy and a true sense of pride and belonging to the stage. It was a total pleasure to watch! The audience loved it all and were not shy about vocalising their support!

We also heard from Year 9 student, Selena Agaimalo who spoke with passion about what it meant to be Samoan, later followed by a video of the students who spoke with pride about cultural traditions, family – and good food!

When former students, Amorangi Malesala and Albert Vete returned to College earlier in the year to speak to the group prior to rehearsals, they spoke of the sense of family that their involvement with the Cultural Group had brought for them. This evening was definitely about ‘whanau,’ which was evident when looking at the programme and seeing how many family members came to tutor, dress and provide for the group.  It was an amazing experience both on and off stage as the mothers gathered the students together to dress them while instilling that immense sense of pride for both their culture and who they are as individuals.

This year’s Cultural Evening was a wonderful, happy celebration of the mix of cultural backgrounds that make up our student body and was greatly enjoyed by all who attended! Our grateful thanks to all those who supported the evening’s efforts both on and behind the stage – we really appreciated your help! 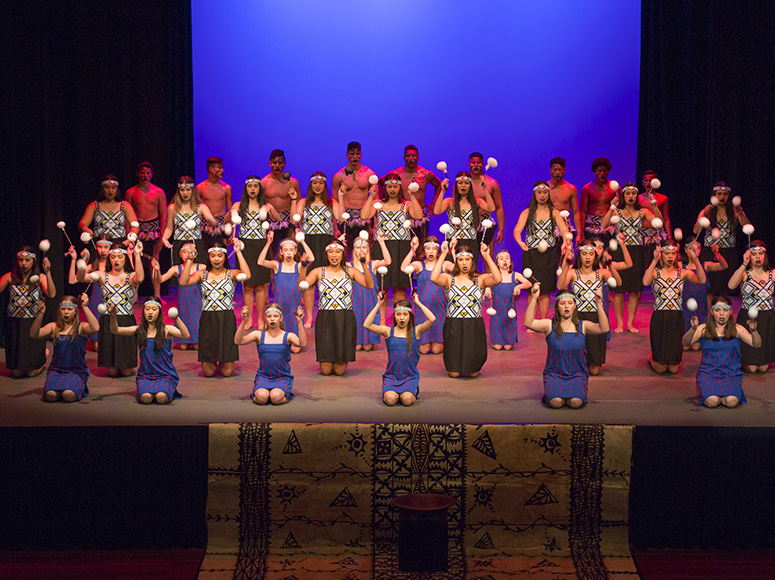 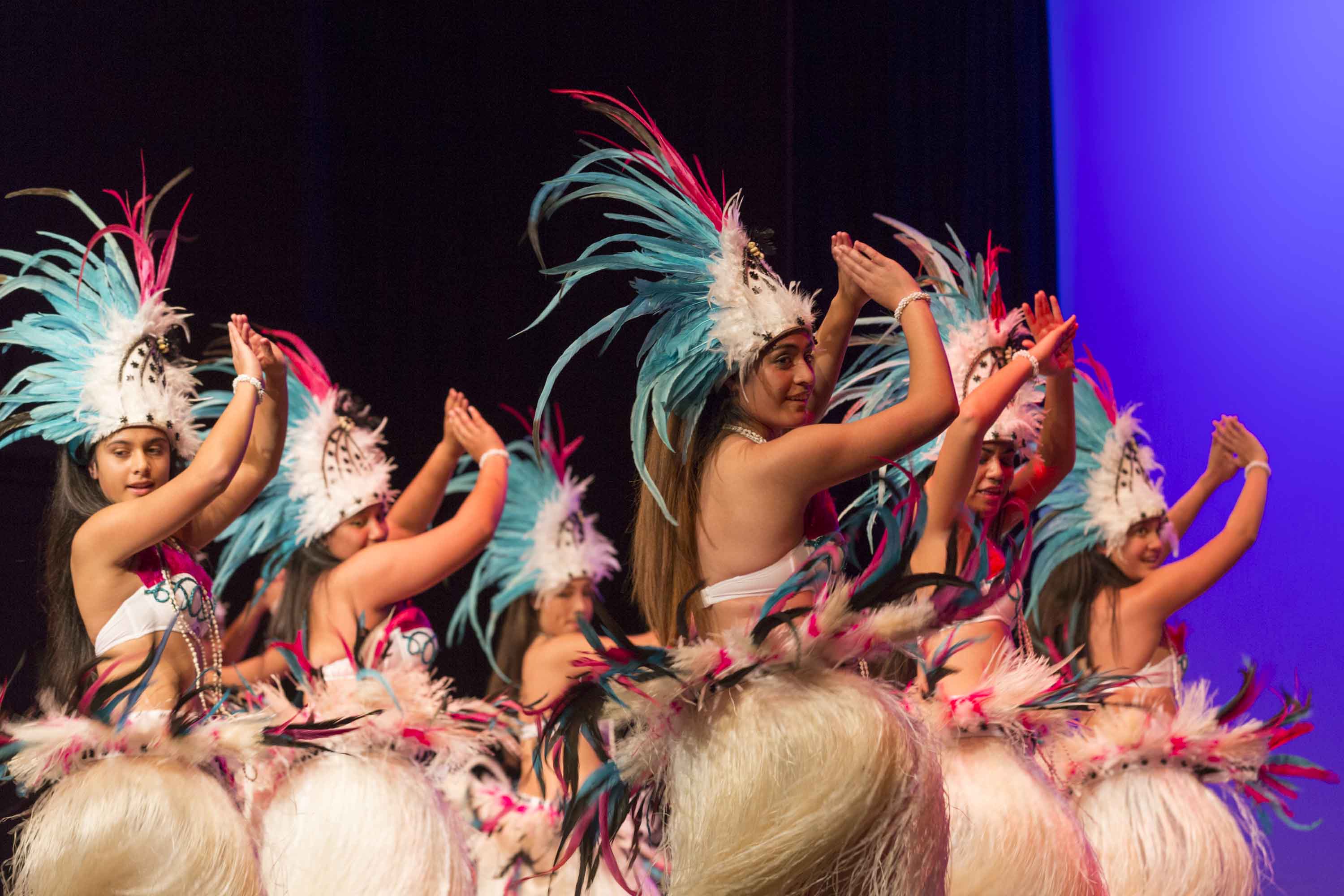 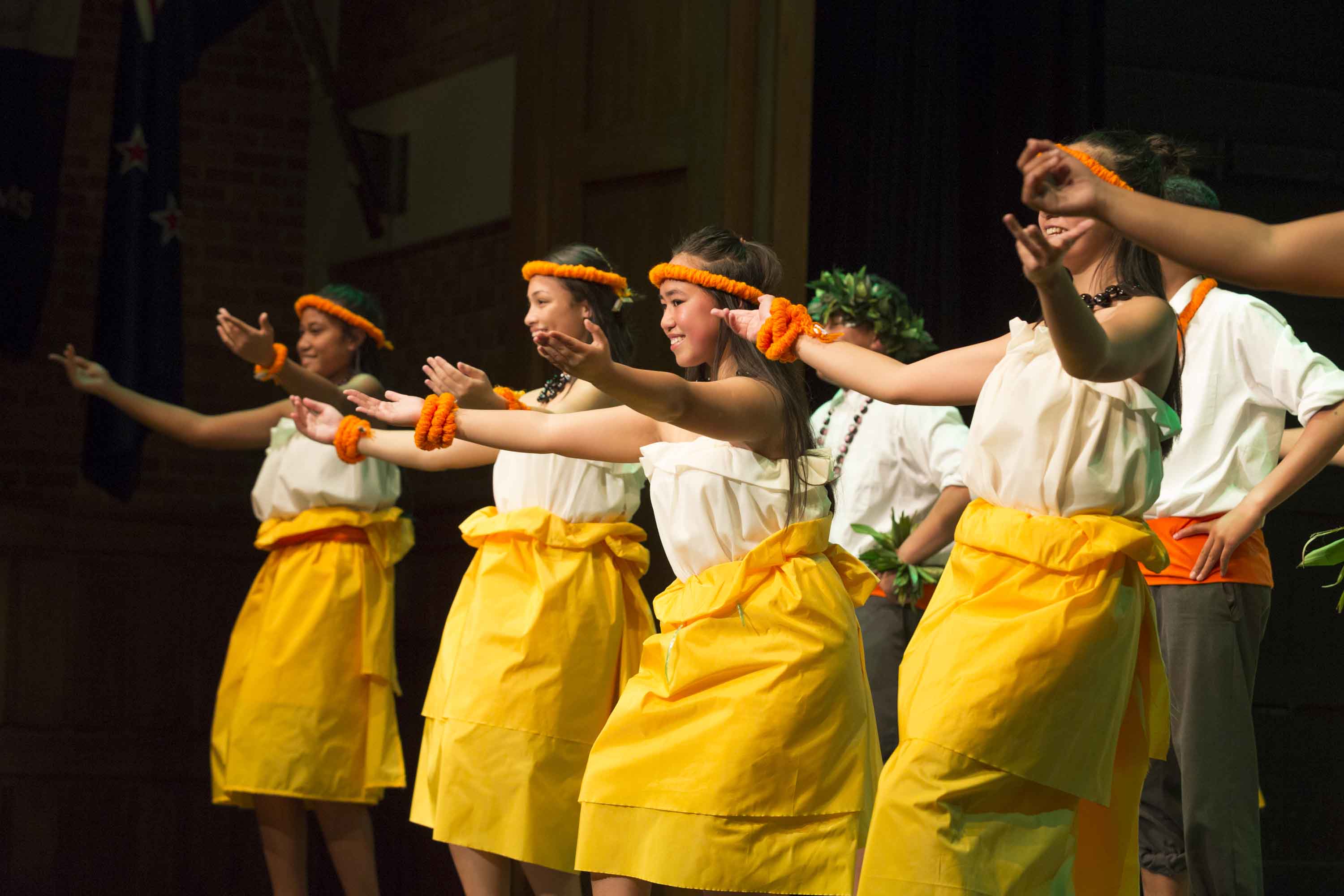 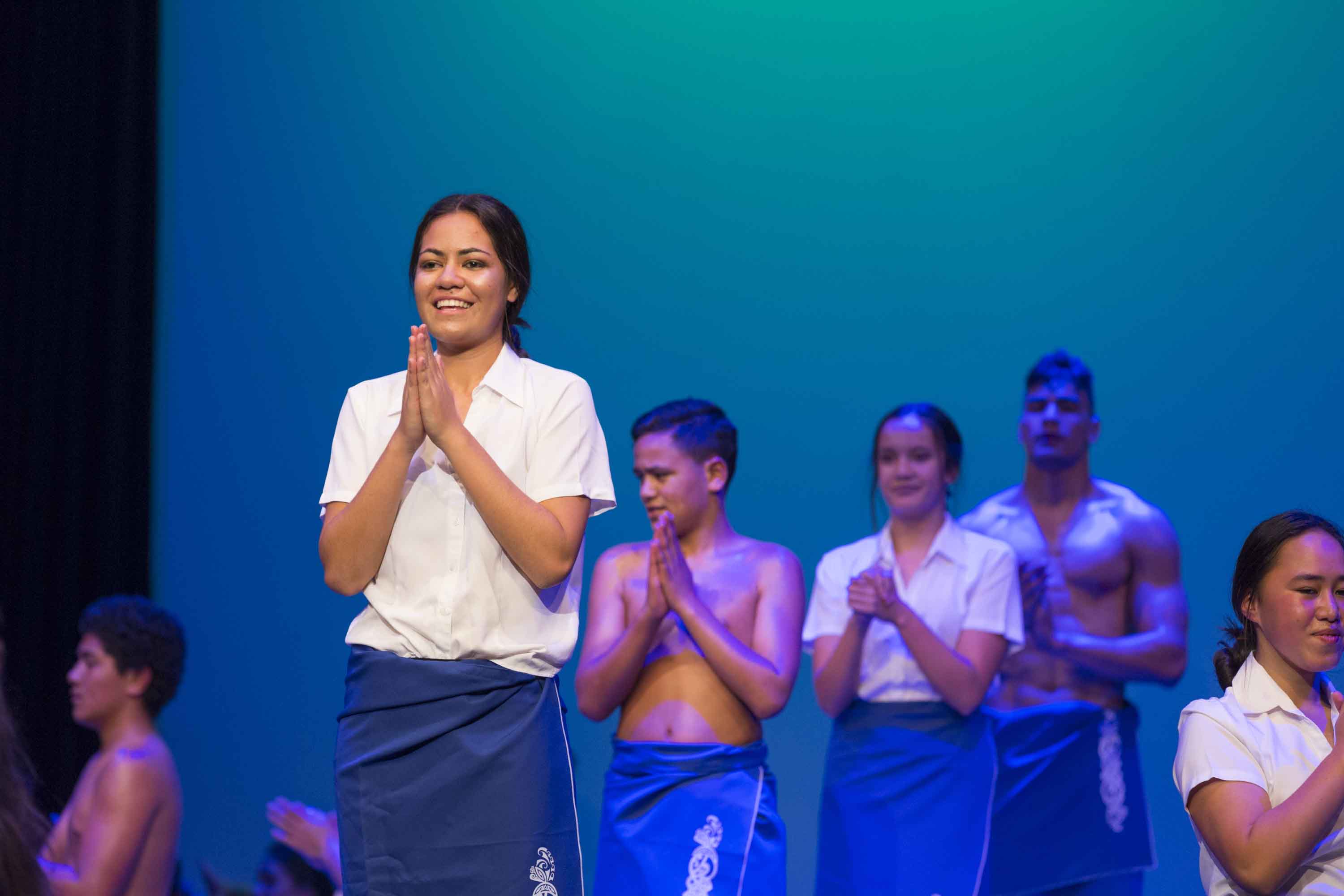