In her final year at College, Letitia Puni was selected as a Youth Ambassador for World Vision. Earlier this year, she travelled to Malawi to see the work that World Vision undertakes – it’s all about a ‘hand up not a handout.’ Here, Letitia reports on her trip:

The day after I had returned from the African nation of Malawi I picked up my usual routine of doing the weekly grocery shopping with my mother. It’s our way of catching up with each other as we rarely have time during the week. However this time was different. This time I had just come back from a country that is in the middle of a food crisis; a country where the people are literally fighting to survive each and every day. As I began walking through the supermarket, pushing the trolley and sharing a few stories about Malawi with my mother, I paused for the slightest moment and looked down the aisles in front of me. I began to cry. I just stood there in the middle of the supermarket and cried. When my mum asked what was wrong, all I could say was, ‘There is just too much food.’

Running through my mind were the faces, names and stories of those I had met in Malawi. But these faces, stories and names didn’t just belong to people in a country on the other side of the world; they were names, stories and faces of loved ones, baby sisters and brothers, friends and family. You see, the people I met in Malawi became a part of my extended family, so to be standing in a supermarket where I could have everything from chocolate milk and ice cream to croissants and meat, while I knew they would most probably be going hungry tonight, absolutely broke me.

One story in particular that has replayed over and over again is the story of a young girl named Mtipulula. From the very first second we met we were inseparable; we were soul sisters. We spent the entire day that I was in her village glued to each other. Though we couldn’t talk much to each other due to the language barrier, we played and laughed together. We even tried to teach each other things. I tried to teach her English and she tried to teach me how to dance. I believe she was a more successful student than I was though, as she picked up more English words than I did dance moves. As it drew near to the end of the day the other World Vision representatives and I were to visit a family. I hugged Mtipulula and said I would come and find her before I left to say goodbye. Little did I know that it was her family we were about to visit. I walked through the door of a tiny mud hut that had a thatched roof and saw her sitting on the floor beside her family. She has two younger sisters named Ruth and Arinafe, a younger brother named Mofat, her mother is Alana and her father is Nevtie. I went over and sat down beside her, placed my arm around her shoulders and held her tight. Her family shared with us their daily struggles while I sat there in silence, tears running down my face because these struggles weren’t of some family living miles away from me; these struggles were those of my baby sister Mtipulula and our family.

They told us how they wake up every morning at 4.30 to collect water from the stream that is a 30 minute walk away. We had visited that stream earlier in the day and it was filthy. I wouldn’t have even swum in that water, let alone drink from it. But it is the only water available to them. It is their only option. After they have collected water, Mtipulula and her younger siblings Ruth and Mofat head off to school, while their parents Alana and Nevtie go and work in the fields and look after baby Arinafe. For Mtipulula and her siblings, it is a two hour walk to school but she is one of the lucky ones that gets to go to school and, therefore, treasures her education. However, the family go about their daily tasks without breakfast because there is simply not enough food. Their first meal isn’t until 11am when the kids get home from school. The only food they have to eat is what they can grow. Mtipulula’s family, like most families in Malawi, grow corn. They then ground this corn into flour and cook it with hot water. They call it nshima. We call it play dough. After they have eaten they all go and work in the fields until around 8pm. Once they get home, if there is enough food they have dinner, if not they go to sleep. This is their typical day. It was a reality check for me. What hit me the hardest though, was that this hard working family only earns $30 a year. That is less than 10 cents a day. But they still have dreams and hopes like we do. Mtipulula’s parents dream for their family is to give their children every opportunity to make their own dreams come true. This is the same dream that my parents have for my brother and I.

There were many stories like Mtipulula’s, all of which ripped my heart to shreds. However, I also witnessed the incredible hope that World Vision was giving the people of Malawi through empowering them. While visiting a school we were talking to a group of students and asking them questions about their lives. As a last minute question, I asked the students if they had any questions for us. A young girl named Florence raised her hand and asked, ‘How can you help empower us, the people of Malawi?’ This was such a heart wrenching question but it also re-enforced that what World Vision was doing by providing a hand up and not a handout was what the people of Malawi truly wanted.

On the last couple of days of our trip, we visited a village that had been partnered with World Vision for 15 years. You could see the difference that World Vision had made. Thomas’s story was proof of the change World Vision could make in not only the lives of a family, but the lives of an entire village. Thomas was given a goat by World Vision and a six day training session on how to take care of the goat. Once Thomas’s goat had produced an offspring he had to pass it on to another family in the community. This resulted in a positive ripple effect throughout the village. For a family to own a goat is like having savings put away for a rainy day. This is because Thomas can sell a goat and get $21,000 kwacha, which is $60, so double what Mtipulula’s family earns in a year. This money can then be used to pay for unexpected medical bills, his children’s education and food during the tough times. Thomas’s village also had many clean water boreholes where the community was able to collect fresh water that was safe to drink. This all gave me so much joy because I knew that families like Mtipulula’s would soon be thriving like Thomas’s due to her village’s partnership with World Vision.

So I would like to pose to you the question Florence posed to me, ‘What are you going to do to help empower the people of Malawi?’ 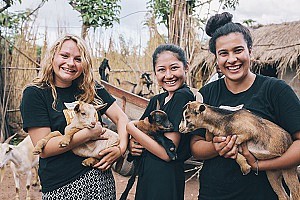 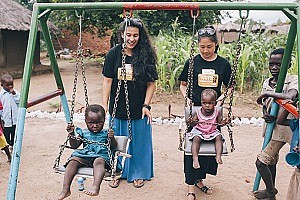 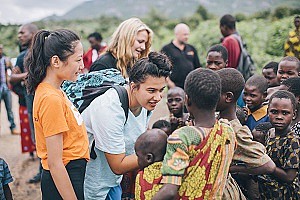 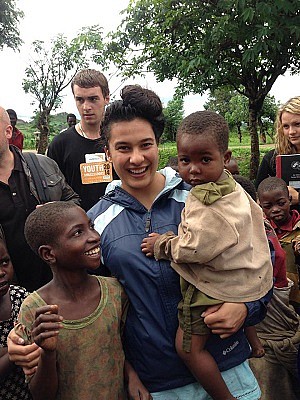 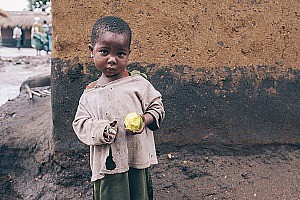 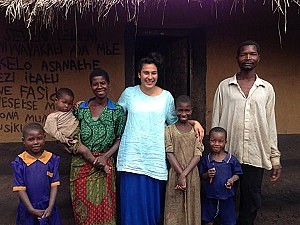 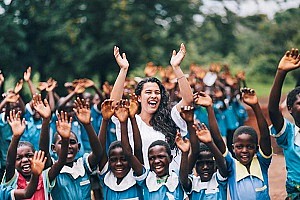 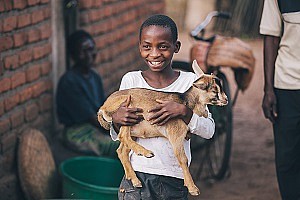