During the course of Term 3, all our music groups step into high gear in anticipation of their various competitions. As a final rehearsal performance, the Wind Band, String Ensemble, Stage Band, Big Band, Chamber Orchestra, Symphony Orchestra, Concert Band and Kentoris, our premier choir, delivered a Showcase Concert Monday evening, bringing the skills of over 170 of our best musicians to the stage. In a change of venue this year, the concert was held in the splendour of the Holy Trinity Cathedral; the magnificent acoustics adding to an exceptional evening of music.

The Large Ensemble and Choral programmes at the College are extensive. Each year the groups perform in a variety of College settings but at this time of year, much of the focus is on the build up to the annual KBB Music Festival (13-15 August) for our instrumentalists and the NZCF Big Sing Finale (29 August – 1 September, Dunedin) for our choristers.

Monday evening, each of the ensembles performed a selection of their repertoire to a delighted audience at the Cathedral. This is not only a fantastic venue acoustically for our big performance groups but the large professional performance space allowed the stage to be reconfigured quickly as the different groups changed places.

The Wind Band under the direction of Mr Oliver Gilmour, followed by the String Ensemble directed by Mrs Joanne Johnstone, opened the concert. These two development groups cater for our younger, emerging players and were a pleasure to listen to as they performed both contemporary pieces by Taylor Swift and Michael Jackson, and classical works by Vivaldi and Rimsky Korsakoff.

The Stage Band, directed by Mr Paul Norman, is another development group for young jazz musicians and they opened the jazz section with two pieces by Niehaus – ‘Photo Finish’ and ‘Saxidentally.’ Our more advanced jazz players perform with the Big Band, also directed by Mr Norman. They presented a range of styles from sultry blues to upbeat jazz classics with individual musicians taking the spotlight.

The Chamber Orchestra, under the baton of Miss Mary Lin, was excellent and their performance of items by Teleman, Sibelius and Paizzola showed a high degree of musical maturity from these talented musicians. Catherine Chang and Venice Qin both took solo spots.

Our premier choir, Kentoris followed with ‘En la Macarenita’ and a traditional spiritual, ‘Deep River,’ as they prepare to perform at their national competition, the Big Sing Finale in Dunedin, at the end of August. This is a choir that gave a superb performance at Auckland level to be selected for the national competition.

Our two largest ensembles concluded the evening with the Symphony Orchestra, directed by Mr Doug Cross and the Concert Band directed by Miss Mary Lin. They both delivered entertaining and well-balanced programmes to finish of a night of most enjoyable listening. Year 13 basoonist, Venice Qin took a solo spot in the Orchestra’s rendition of Mozart’s Bassoon Concerto whilst talented Year 11 French Horn player, Evan Metcalf featured in the Concert Band’s ‘Air Poetique for Horn and Band’ by Huggens.

The evening concluded with Senior College Principal, Mrs Suzanne Winthrop acknowledging the enormous contribution that our musicians make to the performing arts programme at the College, saying that she is so pleased with the very high standard of musicianship achieved and the large number of students getting involved. ‘It is clear that you are enjoying the experience of playing to an audience as much as I enjoyed listening!’

Everyone is very welcome to be part of the audience for the KBB Music Festival – our students would love your support! The competition venues will be split between the Holy Trinity Cathedral and St Mary’s Church in the Cathedral grounds. 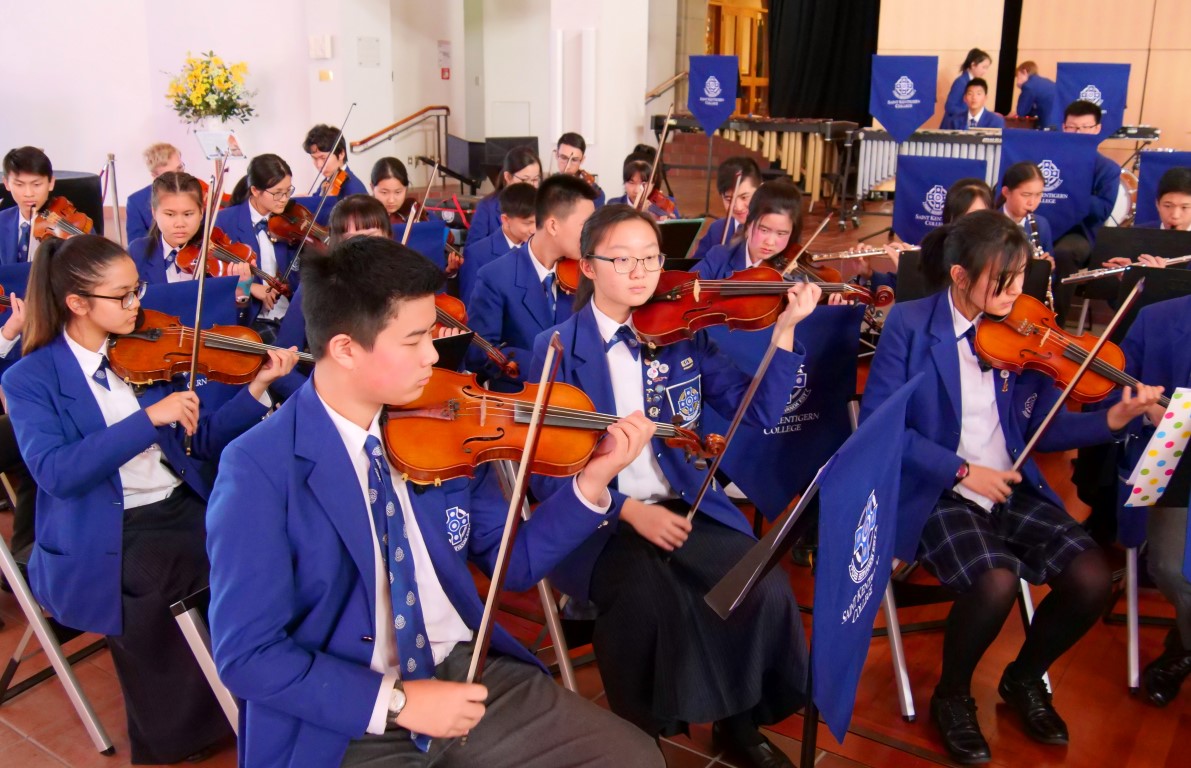 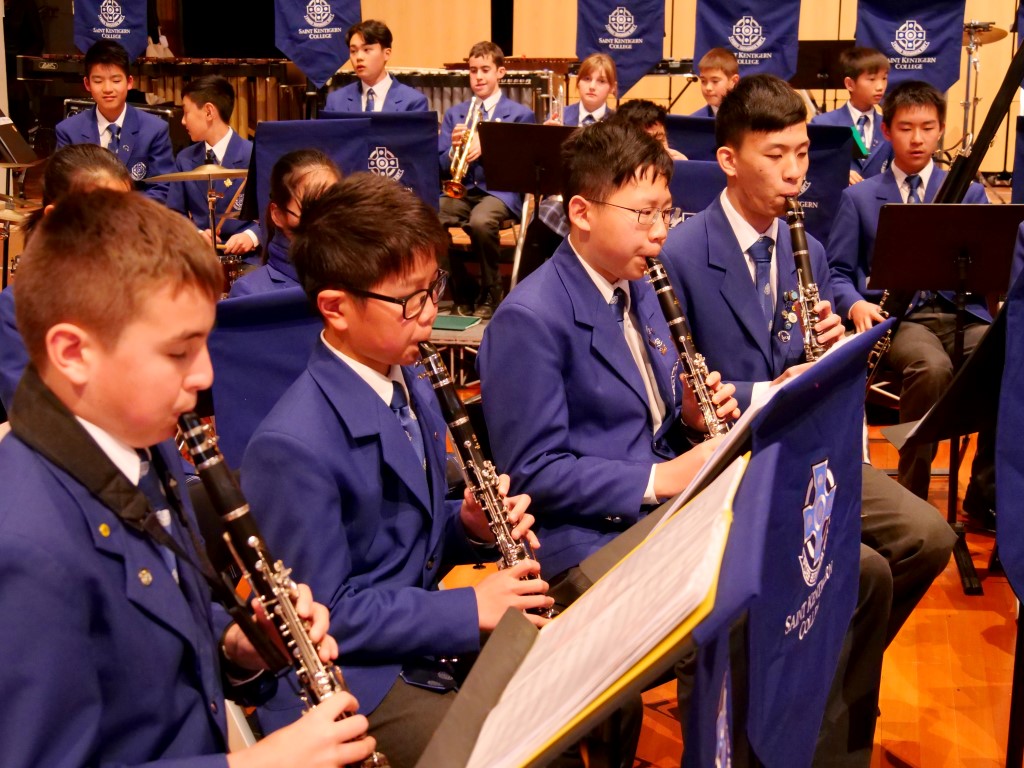 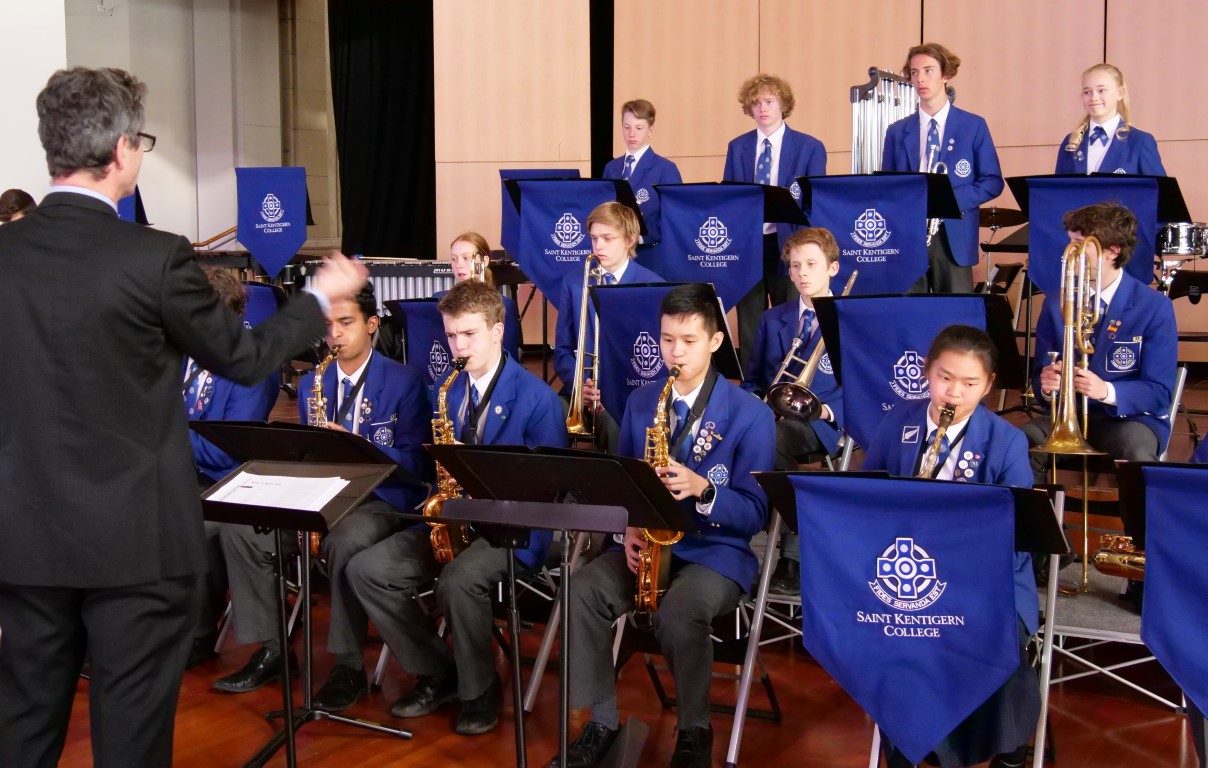 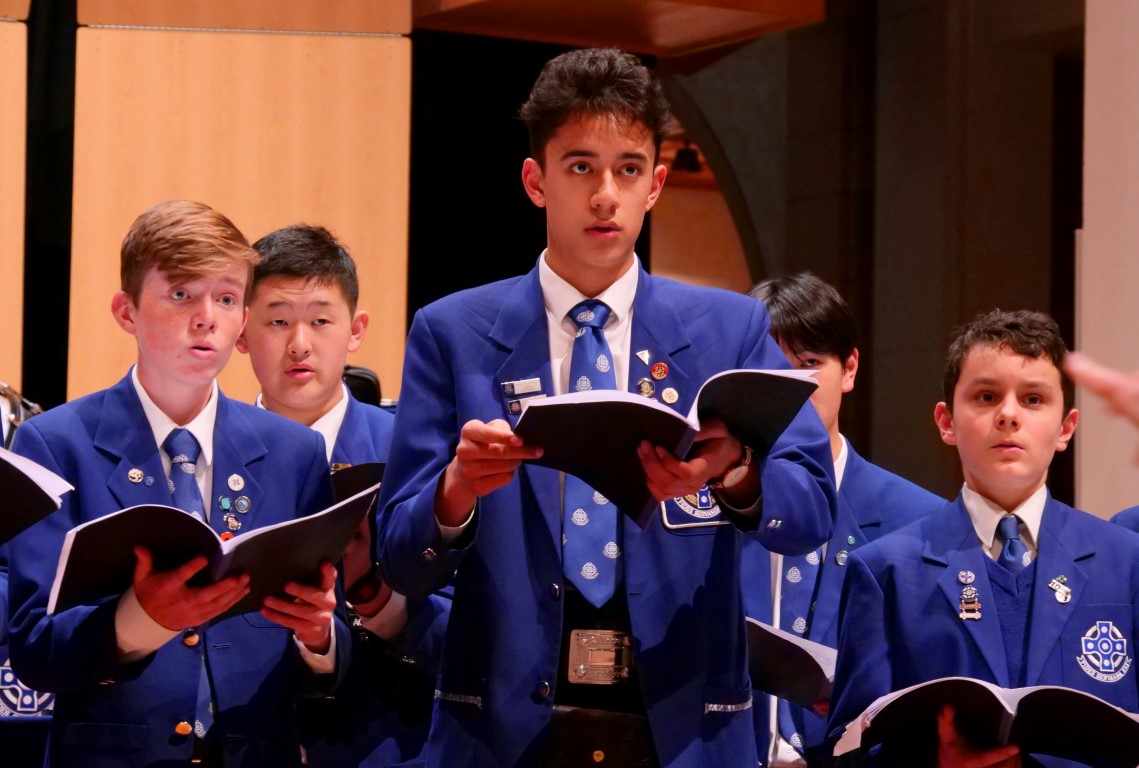 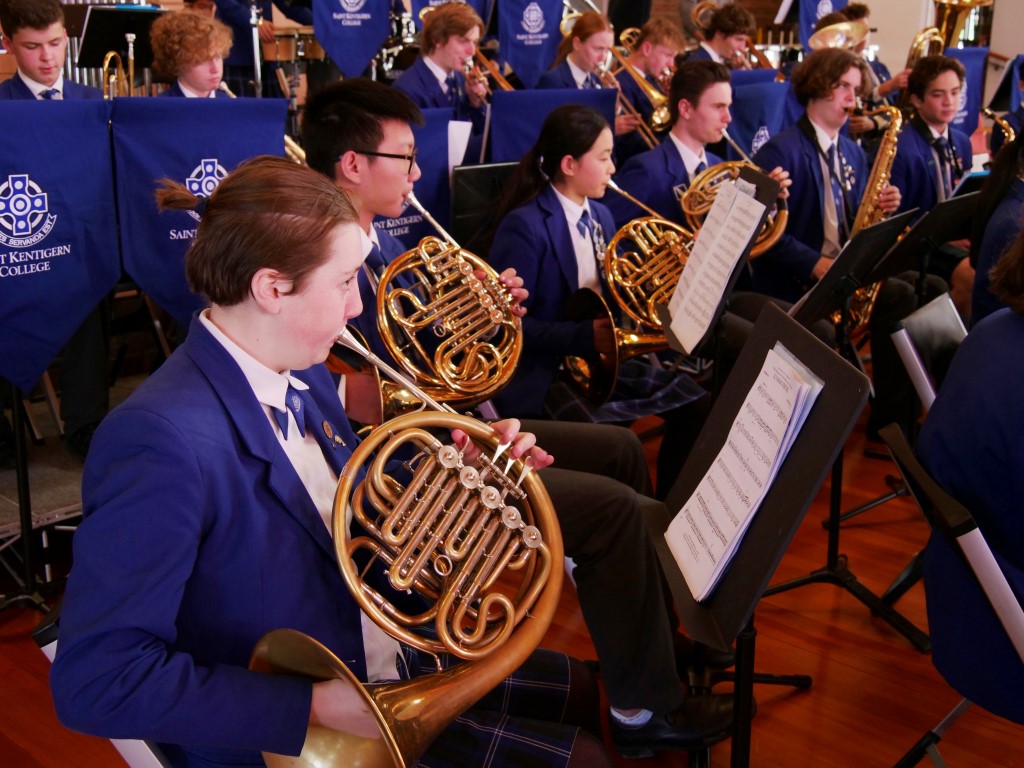 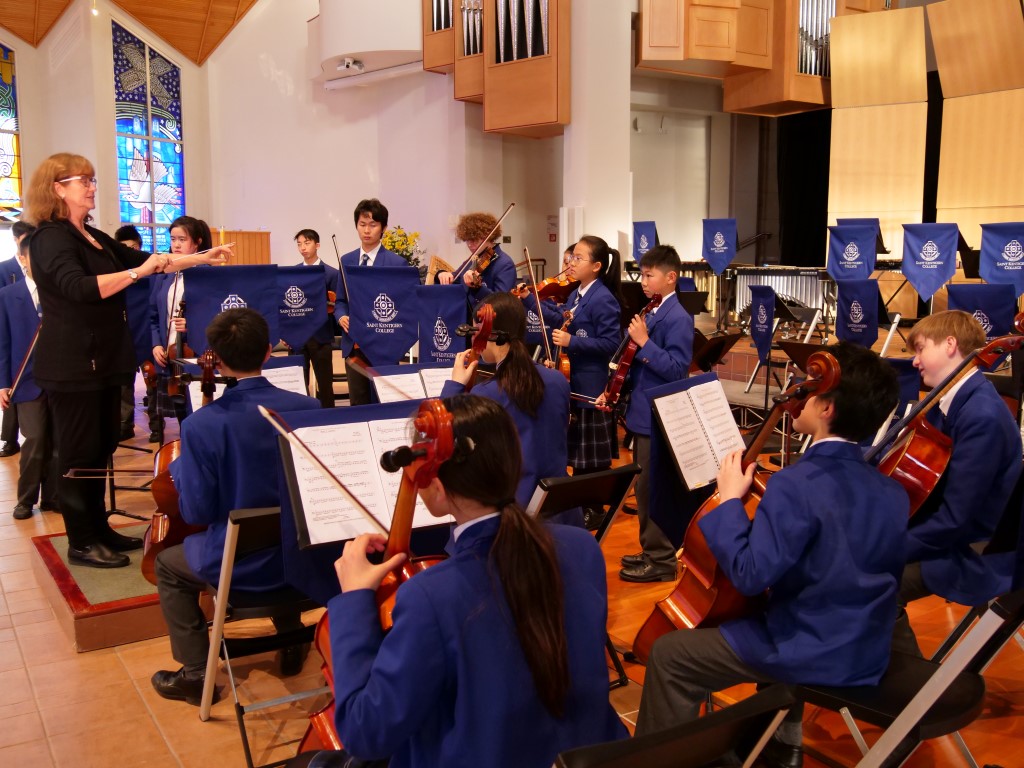