With thanks to HOD Te Reo Maori, Mrs Jasmine Martin

Traditionally korowai (cloaks) were reserved for chiefs or chieftains to reflect their leadership and worn as a mantle of mana, prestige and honour. They are a symbol of leadership, identity, warmth, protection and skills that are held in the highest regard. They are worn with the greatest form of respect both for, and of, the wearer. This is no different today, as we acknowledge Māori achievement within our school through Te Amokura, and in accordance with our Saint Kentigern Values of Integrity, Service, Excellence, Love and Respect.

The students selected would be responsible for overseeing the promotion of Māori culture and raising its profile within the school, and looking for ways that the College can respectfully acknowledge the land, its people and our history.

Whatukura, Jade Stuart and Māreikura, Tanith Pilkington were very proud to be the first in College history to be appointed as Te Amokura prefects.

When the 2021 prefect team were commissioned at a special family ceremony at the start of the new academic year, Jade and Tanith were appointed to their new roles with korowai that had been loaned for the occasion. Yesterday, the prefects gathered once again, along with family members, for a special service to receive two korowai, Ngākau-nui and Rangimārie, especially woven and gifted to Saint Kentigern. Respected kuia and talented weaver, Mrs Tuaine Bailey said that Ngākau-nui refers to being ‘hearty, enthusiastic and diligent,’ whereas Rangimārie refers to being ‘quiet, peaceful, and humble.’ Both are complementary to each other, reinforcing Māori epistemology of duality.

The service began with ​the resonating sound of the pūtatara (conch shell), blown by Sasha Croon, Year 13. This was immediately followed by a karanga, a welcome call to the visitors from Head Girl, J’adore Harris-Tavita, Year 10 student, Anamia Rangihaeta and staff member, Mrs Jasmine Martin. This was followed by a powerful haka powhiri led by Kazlo Evans, Year 13. The karakia timatanga, the opening prayer, was led by the Whatukura, Jade Stewart. Māreikura, Tanith Pilkington led the hīmene, the hymn, ‘Te Honore,’ sung by all present.

In response to the speeches given by Kaea and Rawiri, the manuhiri, visitors stood to reply. Among the manuhiri was Mr Maurice Nelson, a past staff member of the College, who stood and acknowledged the school, the students and the weaver, and made special mention to both Jade and Tanith for their roles as Te Amokura. Mr Nelson was supported with a speech from the kaumatua who also attended in support of Mr and Mrs Bailey, through their association with Mataatua Marae.

Following the formal speeches, Jade and Tanith were invited forward. They were presented with the beautifully woven korowai that were carefully placed on their shoulders and secured into place by the greatly respected weaver, Mrs Bailey.

As Jade and Tanith turned to face their peers, with the new korowai proudly resting on their shoulders, Year 11 student, Rawiri Martin led the haka tautoko; the new school haka that he composed last year with fellow student, Sua Hotere-Sosopo. It was performed with such strength, that its delivery captured everyone present, drawing them into the emotion and mana so powerfully portrayed.

College Principal, Mr Russell Brooke came forward for the mihi whakamutunga, the closing speech, saying that he was in awe of the oratory skills so clearly demonstrated by our students and that he had been very moved by the service. This prompted an impromptu song to support his heartfelt speech.

We were also kindly given the opportunity to hear from Mr and Mrs Bailey as they shared their kōrero and the background story of how the korowai were created and named.

To conclude, the Korowaitanga o Te Amokura came to a close with the karakia whakamutunga, the closing prayer, led by Devon Atiga, Year 13.

After such a special service, it was a delight to gather with the families, who were deeply moved by the experience, for a shared afternoon tea in the Goodfellow Centre.

Saint Kentigern’s new korowai are stunning pieces of work that will be worn with pride by our current Te Amokura and handed down to those who follow over the years. We offer our sincere thanks to Mrs Bailey for the skill and love woven into the Saint Kentigern Korowai she created for our students. 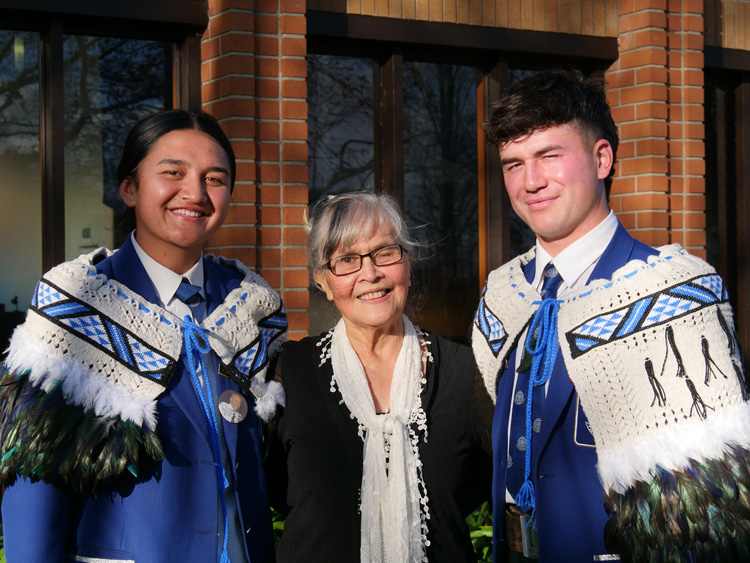 The beautiful korowai, with a colour scheme of feathers and taniko chosen to complement the colours of our uniform, were especially woven for Saint Kentigern by respected weaver, Mrs Tuaine Bailey.

Mrs Bailey is a Cook Islander with ancestral links in New Zealand to Mataatua from her Mauke family, and to Tainui from her Aitutaki family. In her early years she watched her mother and the mamas weaving, and from an early age dabbled in weaving herself, enjoying the creativeness that weaving offered.

Two opportunities in New Zealand helped rekindle her love and interest in weaving. A respected kuia in Rawene shared her weaving skills and then later in Hamilton, another respected weaver, was an enthusiastic and inspirational tutor. When Mrs Bailey later moved to Pukekohe, she enrolled with Te Wananga o Aotearoa and completed her degree with a Bachelor of Visual Arts (Maori).

Tuaine is a New Zealand qualified teacher and continues to attend many weaving wananga, whenever the opportunity arises, both as a learner and on other occasions as a tutor. 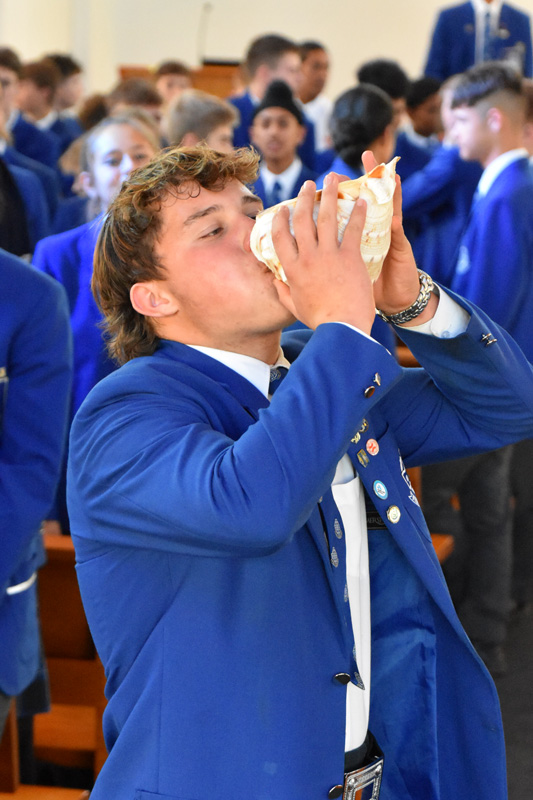 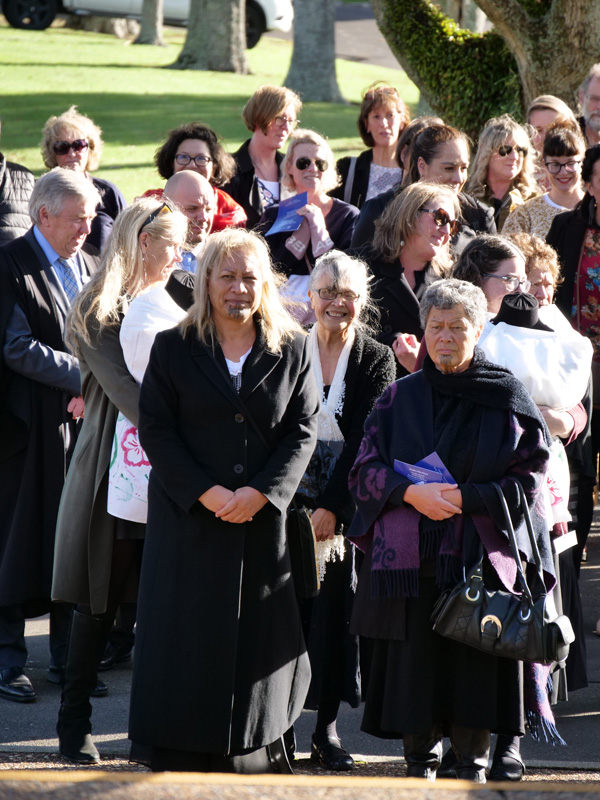 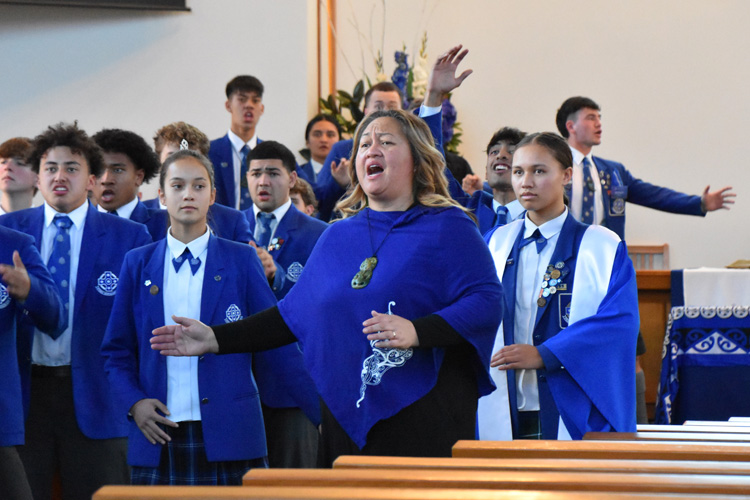 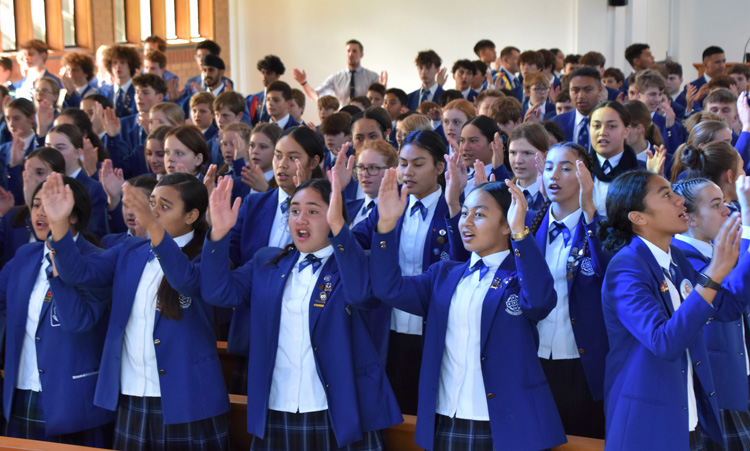 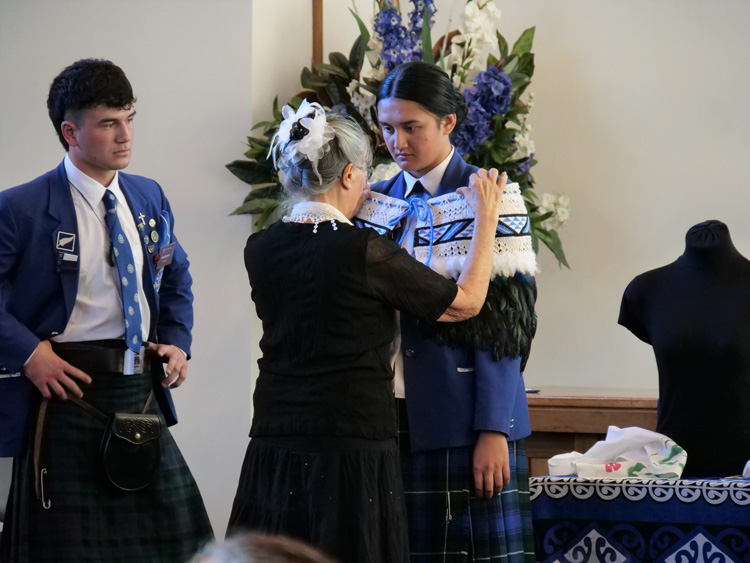 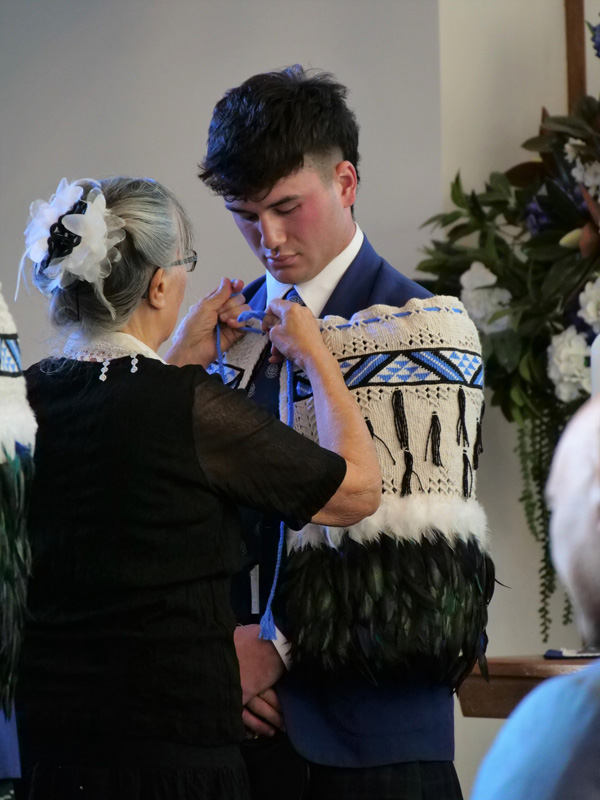 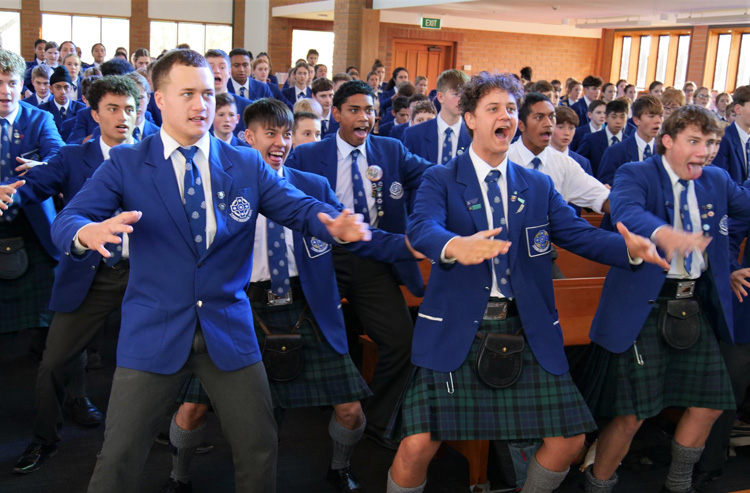 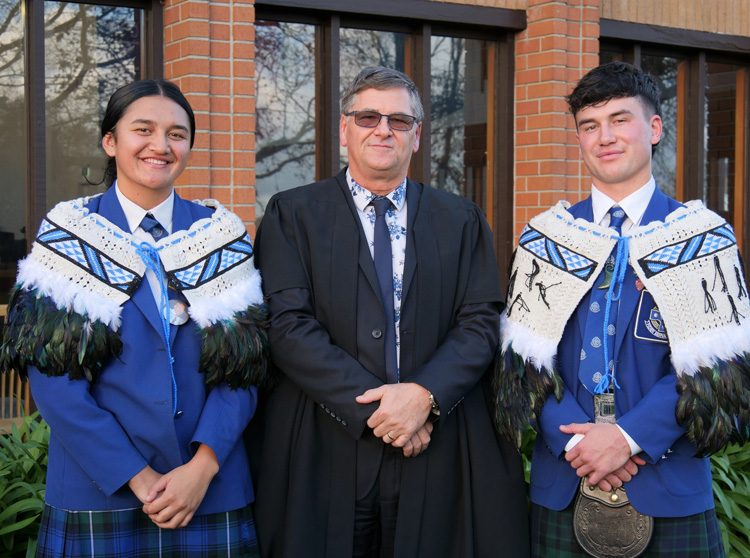