The New Zealand Choral Federation's ‘The Big Sing Choral Festival’ was held in Auckland over the course of this week with four of our College choirs performing against some strong competition from other well-rehearsed Auckland schools.

The four days presenting to the judges culminated in a Gala Concert last night finishing with the presentation of special awards. Kentoris was awarded one of the major trophies of the festival, receiving the Adjudicator's Award for the ‘Most Outstanding Performance of a Single Work’ with their New Zealand premiere of ‘Luminous Night of the Soul’ - a large work for choir, string quartet and piano. Choir Leader, Jessica Allen and Year 13 student, Nicholas MacQueen, received the trophy on behalf of Kentoris.

Well done to all our choristers for a busy week of rehearsal, performance and competition. Both Menasing and Musettes now wait to hear if they have been selected for the National Finale in Wellington. 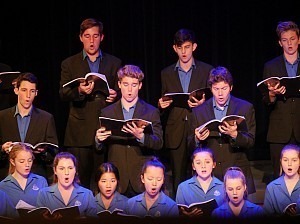 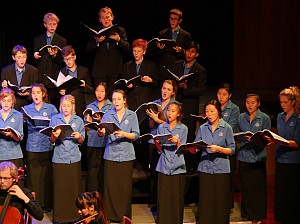 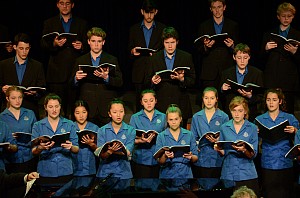