From my early years, playing with Lego constructions, I always wanted to be an engineer. In my final year at Saint Kentigern (1995) I focused my subjects on maths and science to set myself up for studying engineering. I went on to Auckland University, completing my Bachelor of Engineering (Mechanical) in 1998. All engineering students have to complete on-site work experience during their summer holidays and I was lucky enough to complete mine at Team NZ in 1997, just as they were starting to gear up for the first America’s Cup defence in 2000.

After I completed my degree, I went to work full time for Team New Zealand. I started as an engineering assistant, doing data analysis from the on-the-water testing, and went on to write some of the software for navigation other on-board systems. In 1998, Team New Zealand started to use 3D CAD (Computer Aided Design) modelling in their design process, and I was able to pick up that skill alongside my other duties. We won the 2000 America’s Cup, so I stayed on for the next campaign. I continued to do some software creation, but also designed some of the simpler custom hardware for the yachts. Ultimately, however, we lost the 2003 America’s Cup, and like the other team members, I was out of a job. 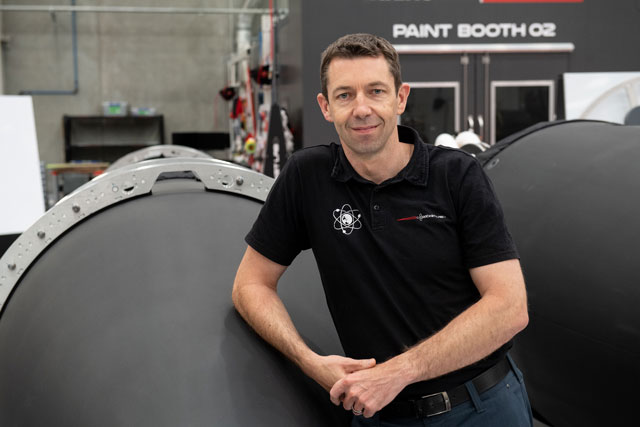 I decided to push for more industrial engineering experience in my career and joined Fisher & Paykel in their production machinery division. I designed machines for the production lines that make their washing machines and other appliances, including working on a new production line which manufactured 1 million SmartDrive washing machine motors per year.

After a tenure of 18 months, the lure of the America’s Cup became too strong and I was shoulder-tapped to start back at Team New Zealand (now known as Emirates Team New Zealand) for the 2007 challenge in Valencia. Over the three-year campaign, I was responsible for the CAD model of the yacht, acting in a liaison role between the sailors and the design team. I designed hardware for the yachts and created tooling for the composite team to manufacture those components. The sailors were the customers of the design team, so I acted as their interface to turn their ideas into reality. It meant they had the yacht they wanted on the start line.

After the loss in 2007, the team again disestablished and I found a new opportunity at Air New Zealand. This was fortunately just as they were kicking off a development project, looking to completely reinvent the concept of long-haul air travel. I was lucky enough to spend a year working in a secret warehouse, developing seating concepts for the new Boeing 777-300 aircraft that Air New Zealand had committed to. Out of this came brand new seat designs for international air travel, including the SkyCouch, which I developed from a concept into a working prototype that could then be licensed to a manufacturer. This won a Gold Pin in the Best Design Awards for 2010, along with being a contributing factor in Air New Zealand winning Airline of the Year for the past five years in a row.

With the America’s Cup back up and running in 2011, I went back to Emirates Team New Zealand. This time, my role saw me taking on more of the same responsibilities for the global CAD model, along with significant mechanical hardware design – particularly in the rudder and daggerfoil systems for the new AC72 catamarans. The R&D program was excellent, and was credited with bringing foiling to the America’s Cup. However ultimately the sporting result didn't go our way and in 2013 I was once again looking at other options.

Six months spent as an independent contract designer saw me develop the daggerfoil system for the 100-foot racing yacht Comanche (current holder of the 24-hour distance record for monohulls, winner of the Sydney to Hobart in 2015 and 2017, and holder of the Transatlantic record). I also worked for the French Gitana yacht racing team developing daggerfoil and rudder systems for their 70 and 100-foot ocean racing trimarans, which were leading the development to bring foiling to a new generation of ocean racing yachts.

In early 2014, I joined a small start-up called Rocket Lab as a mechanical design engineer. At the time there were only 14 staff and the challenge of creating a small commercially-funded start-up to launch small satellites into space from New Zealand was enormous – and enormously exciting. I spent three years in the vehicle design team, designing many of the custom components on the launch vehicle. 18 months ago, I changed roles to become Production Manager, leading the team of talented technicians that mechanically build the launch vehicle and complete the final assembly, before shipping out to the launch site in Mahia, Gisborne. It has been amazing helping to build this company up from its very small beginnings to the more than 200 extremely talented staff that we have today. 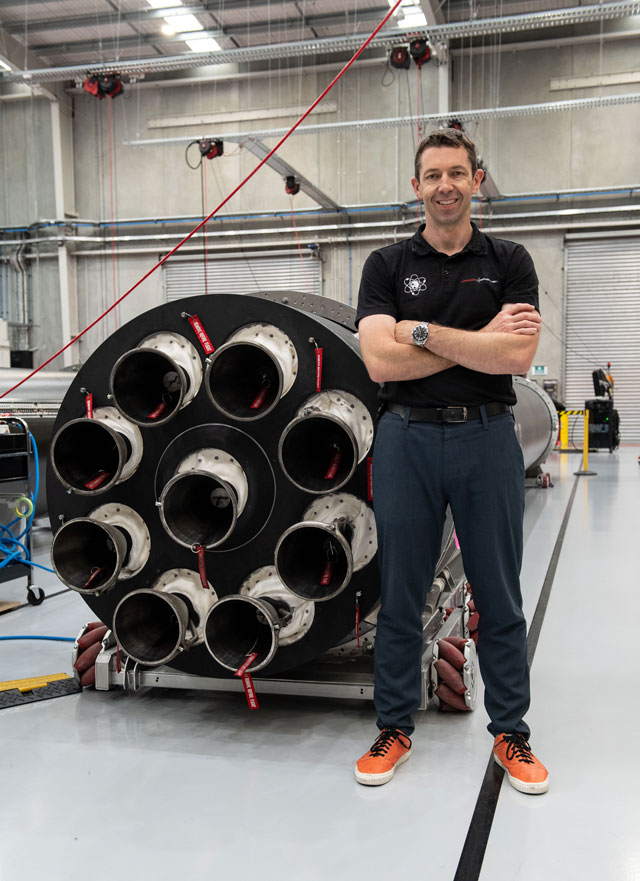