At the end of Term 1, after winning the NZ Tennis Championship titles once again (4th year in a row for the girls and second year for the boys), the Boys and Girls Premier Tennis teams travelled to Albury in Australia to compete in the ISF World Schools Tennis Teams Event.

The tournament was played on grass courts and because NZ had never competed in this event before, we were not given a good seeding.   Both the girls and boys teams were placed in the toughest pools and met some stiff opposition from the outset. Sadly, the girls missed out by one game on countback to make it through to the championship round. The boys had a good win over Turkey and India but lost on count back to the Australian team. With those results, they qualified in top spot for the quarter finals.

With the loss in the pools round, the best placing the girls could then aim for was 9th, a placing they achieved easily with wins over the Chinese, Singapore and German teams.

The boys’ team beat Chile easily in the quarter final and then had to play the highly fancied English boys’ team. This game brought out some the best tennis that the boys have played this year. There were many close games and only Edi Stoica was able to get a win in the singles with a very exciting tie breaker 3rd set. The doubles were then split but England had won on points to go through to the final.

The boys team were then in the playoff for 3rd and 4th against Turkey for the second time in a few days. This time was a little different and they weren’t able to bring their intensity from the day before and went down to Turkey missing out on a medal.

This was definitely an experience for all team members, especially playing on grass when all their  training and play in New Zealand is on hard courts. The tournament provided valuable insight into competition at this level and we now know what to work towards as our teams attempt to qualify for the next event in two years’ time in Qatar.

William Matheson and Paige Hourigan left the teams on the last night to travel up to Korea for the Junior Federation and Davis Cup Qualifying events. We wish them luck! 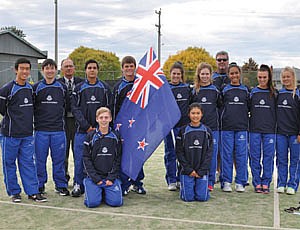 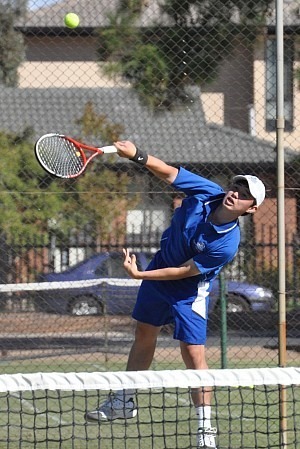