At a formal, full school assembly on Friday, the College prefects for 2019 were commissioned, with both the Middle College and Senior College students in attendance.

This year we congratulate Alex Hynds and Ben Shepherd, whose leadership skills, hard work and pride in the College have seen them appointed as this year’s Head Prefects. Both Alex and Ben have committed themselves fully to their academic, co-curricular and service endeavours during their college years, both demonstrating their potential to fulfil the Saint Kentigern Vision to ‘Lead and Serve with Distinction.’

Alex and Ben will be supported by Molly Saker and Beck Robson, who have been appointed as Deputy Head Prefects, as well as an extended team that includes Academic, Chapel, Art, Service and Sport Prefects, and House Leaders.

The selection process for prefect roles in the Senior College is lengthy and thorough, to ensure the best team of students, with complimentary talents and skills, are selected to represent the student body. These students are often ‘all-rounders’ who have taken every advantage of our ‘world of opportunity.’ Congratulations to all the students who have been appointed as Prefects for 2019! 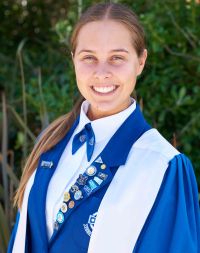 HEAD GIRL: ALEX HYNDS
Alex joined the Saint Kentigern family in Year 7. She is a confident young woman with well-developed leadership skills who is happy to lead from the front or build capacity within others to lead. Alex loves a challenge and strives to achieve her goals in both academic, co-curricular and service endeavours.

Academically, she is a hard-working student and a particularly talented mathematician. She gained Excellence endorsements in both NCEA Level 1 and 2 and is now working towards her Level 3 qualification.

Outside the classroom, Alex is actively involved in several sports, including netball, basketball and rowing, as well as working towards her Duke of Edinburgh Gold Award; giving service, in this capacity, at the Glenn Innes Primary School Breakfast Club.

Alex is a vibrant and energetic young woman and a true Daughter of Kentigern, demonstrated though her caring attitude, her humility, integrity and her servant leadership. She is well-deserving of her selection as Head Girl. 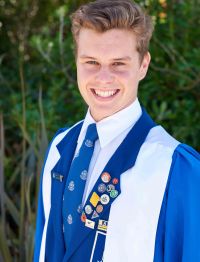 HEAD BOY: BEN SHEPHERD
Ben has been a Saint Kentigern student since Year 7. He is a focused and motivated young man whose positive spirit and strong work ethic makes him an excellent role model. Academically, Ben is an intelligent and conscientious student who is working towards his IB Diploma. Prior to IB, he gained an Excellence endorsement in NCEA Level 1.

Outside the classroom Ben fully applies himself to everything he undertakes. He has been involved in a varied range of co-curricular activities, including the Young Enterprise Scheme, Premier Debating, rugby and touch, and was a team member in the Regional World Scholars Cup held in Melbourne last year. Giving service, he has been a student coach for a Middle College Debating team and a member of the Environmental Group.

Ben is full of enthusiasm for both school and life in general. He is a true Son of Kentigern, demonstrated through his caring attitude, his humility, integrity and his servant leadership. He is well-deserving of his selection as Head of Boy. 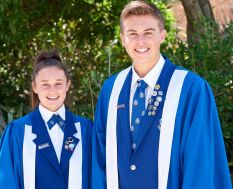 DEPUTY HEAD PREFECTS: MOLLY SAKER AND BECK ROBSON
Alex and Ben will benefit from the support of two strong Deputy Head Prefects. Molly and Beck are both mature and responsible Senior College students who are both attentive to their academic studies as well as very active in their co-curricular activities. Molly loves sport and plays netball, tennis and touch. Beck, too, enjoys sport, playing both cricket and football. Beck joined the service trip to Vanuatu last year and currently working towards his Duke of Edinburgh Gold. 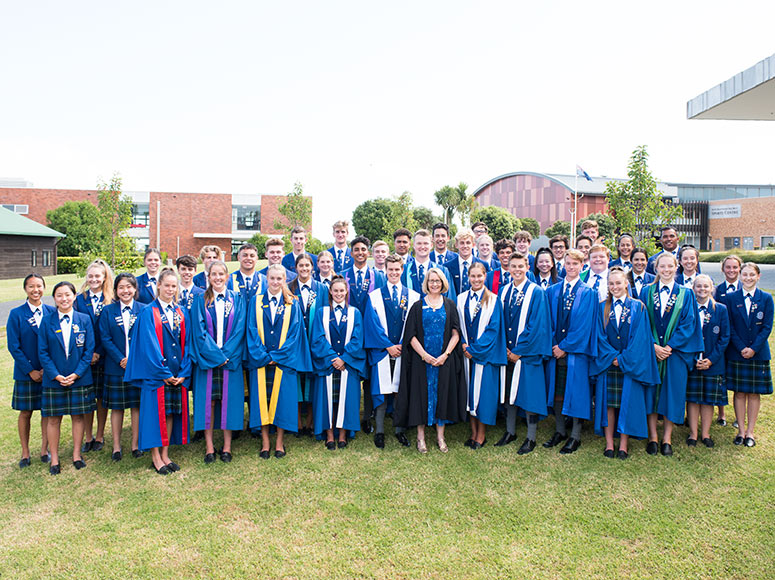