After graduating from Saint Kentigern in 2010, friends Ihaka Watene and Thomas Clow stayed in contact but took two very different paths –not realising at the time that they would later meet up again and become business partners. Thomas moved to Canada to study at Carleton University and Ihaka spent a few years travelling, studying and playing Rugby League in Australia and England.

After graduating university, Thomas returned to New Zealand and worked at his father’s company, Ceracell Beekeeping, selling and manufacturing beekeeping supplies. While learning about beekeeping and its importance, the idea of starting his own business venture with another close friend buzzed to mind. Ihaka was still traveling at this point and received a message from Thomas and his friend about the potential of starting a business. The details were scarce but it was enough for Ihaka to return home, and while also training to become a Police Officer, embark on a business venture with his friends, initially working alongside Thomas at his father’s company to learn about bees.

Fast forward to 2016 and Brood Brothers was formed and the three friends were in business selling beehives, honey, beeswax wraps, seaweed and other natural healing products, including soaps, moisturisers and creams.

For Ihaka, this business venture was a very steep learning curve as he called himself a ‘complete novice’ at first, ‘not knowing the first thing about keeping bees.’ To this day, he thanks his partners for their careful guidance, which has turned what was a business idea into a passion. Ihaka said, ‘I found honeybees to be a very particular creature; it was as if every time I went out to check the bees, I would learn something new about how the bees interact and affect the environment around them. I learnt the importance of bees not only to this country but also to all agriculture around the world.’

Thomas on the other hand was well experienced when it came to bees and looking after animals. He said the business venture for him has taught him greater appreciation of the environment that we live in, and a greater understanding of how a hive complements and helps the biodiversity of an ecosystem. ‘All these things have helped me realise that if I don’t understand or fully experience something, I should learn about it so I can further my knowledge, not just in beekeeping but in anything I do. Bee-keeping has helped me have an open mind about things,’ Thomas said.

The Brood Brothers business website not only serves to sell their range of products but has some real insight into the world of bee keeping including why bee hives are moved continuously to ensure that the bees have a broad ranging diet! A hive only pollinates a kiwifruit orchard for a fortnight and then moves on to ensure variety in their diet. Thomas said that not doing so would be like us only having meat for breakfast, lunch and dinner! 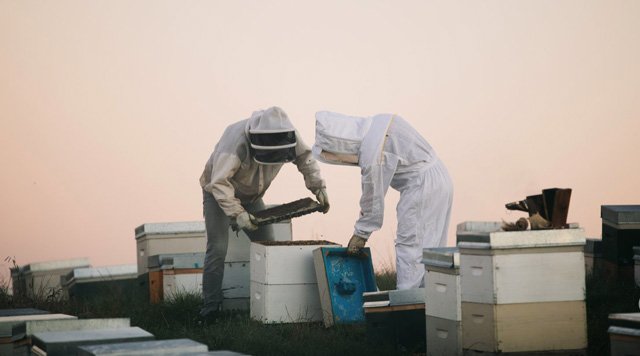 A blog entry by Ihaka on their site compares us all to bees – ‘I often find similarities between our business and the bees we take care of in the sense that we are so busy rushing around from flower to flower, site to site, having arguments, climbing over and bumping into each other but at the end of the season, we find a way to get everything sorted and hunker down for the winter!’

To see their range of honeys and natural products, visit their website:
https://broodbrothers.co.nz/ 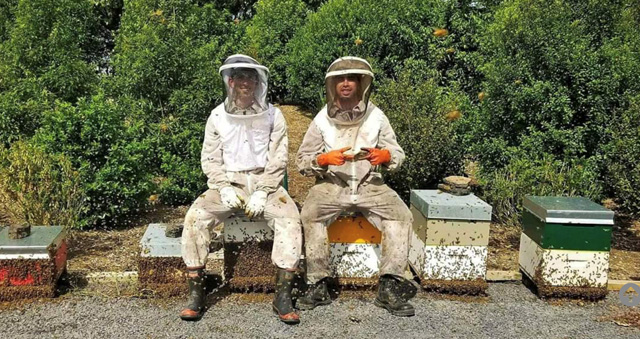