It’s been some years since the Houses lined up in tug of war show of strength but after this afternoon’s fantastic event, it’s destined to find a permanent place on the annual calendar!

The music was pumping, the cheers rang out and muscles were put to straining point as the boys lined up in the Jubilee Sports Centre to see which team could heave the hardest for House victory.

Aside from the raw muscle power needed for tug of war, it also required a little team planning. The cooperation or ‘rhythm’ of the team members played an important part in their victory, maybe even more than their sheer physical strength – they needed to pull together! Supporters also took on a role, coaching from the sidelines and calling out ‘1, 2, 3, Heave’ to bring the teamwork into play

Each year group had a representative team with the competition taking a knock-out format working through heats, to semi-finals and onto a final best of three.  As the competition between sides became tense, the cheering grew louder creating an amazing atmosphere amongst the boys!

Pulling with all their might, Hamilton were crowned the winners with Chalmers in 2nd place and Cargill and Wishart on equal points came third. The sportsmanship and determination from all the boys was great to see. Roll on next year!

The History of Tug of War

The origins of tug of war are uncertain, but it is beyond dispute that this once royal sport was practised in ancient Egypt, Greece and China, where it was held in legend that the Sun and Moon played Tug of War over the light and darkness.

In later years, tug of war stories abound about heroic champions from Scandinavia and Germany where Viking warriors pulled animal skins over open pits of fire in tests of strength and endurance in preparation for battle and plunder.

During the 16th – 17th century, tug of war was popularised during tournaments in French châteaux gardens and later in Great Britain. During the 19th century, it became a new tradition among seafaring men who were required to tug on lines to adjust sails while ships were under way and even in battle.

This show of strength has taken many forms from linking arms, to holding on to waists and the more familiar rope pull.

In Greece, the cradle of the ancient Olympic Games, tug of war was a sport around 500 BC, practised by athletes either as a competitive sport or as an exercise in the physical training for other sports. In the modern era of the games, it featured from 1900 to 1920 with Sweden, Great Britain and the USA dominating the medal table. To this day, there is Tug of War International Federation that competes regularly! 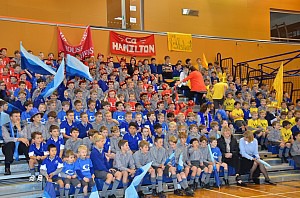 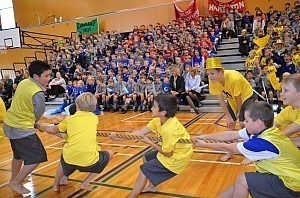 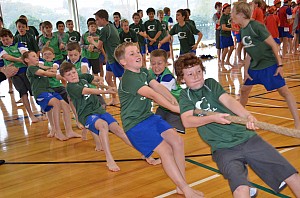 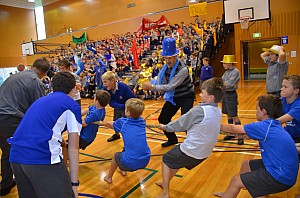 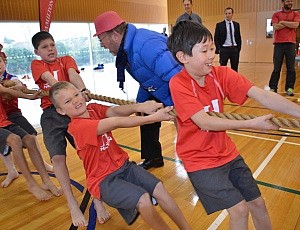