It was with great pleasure that the Boys’ School welcomed back former student, Hamish Carter to full school assembly today to be awarded an Honours Tie. This is the highest honour the Boys’ School can bestow and is given only to a select few former staff and students of the School who have gone on to make a significant contribution to the community.

Hamish attended the Boys’ School for Years 7 &8 in 1983-1984 and went on to Auckland Grammar where he initially took up rowing before turning his full attention to becoming a triathlete. He held the World No 1 ranking when he attended his first Olympics in Sydney but a ‘shocker’ of a race left him trailing out of medal contention. Two years later at the Manchester Commonwealth Games, he finished in bronze position. By the time he earned selection for the 2004 Athens Olympics, his friend, Bevan Docherty had overtaken him as the leading NZ triathlete - but no-one should have under-estimated Hamish’s drive to win! Few will forget the incredible sight of the two New Zealanders crossing the line eight seconds apart with Hamish taking the gold medal and Bevan right behind in silver place!

Hamish won the Sportsman of the Year award that year and was awarded Officer of the New Zealand Order of Merit in the New Year Honours list of 2004-05. Hamish continued to compete until his retirement from competition in 2007. In 2011, he joined the board of High Performance Sport New Zealand.

Our boys thoroughly enjoyed hearing Hamish speak about his years of competitive sport and were left with a true understanding that getting to the top and staying at the top in elite sport requires hard work, focused determination and personal sacrifice.

It was very fitting for Hamish to present medals and certificates to our Year 4 – 8 cross country champions, who were delighted to have their photo taken with an Olympian.

Hamish joins a select few to have received the Boys’ School Honours Tie. Unusually for a Saint Kentigern item, it includes a red crest at the base, reflecting the Boys’ School early origins when the crest appeared red to distinguish it at the time from the College. The red crest became obsolete in the 90’s but is retained on this special, limited edition Honours Tie. 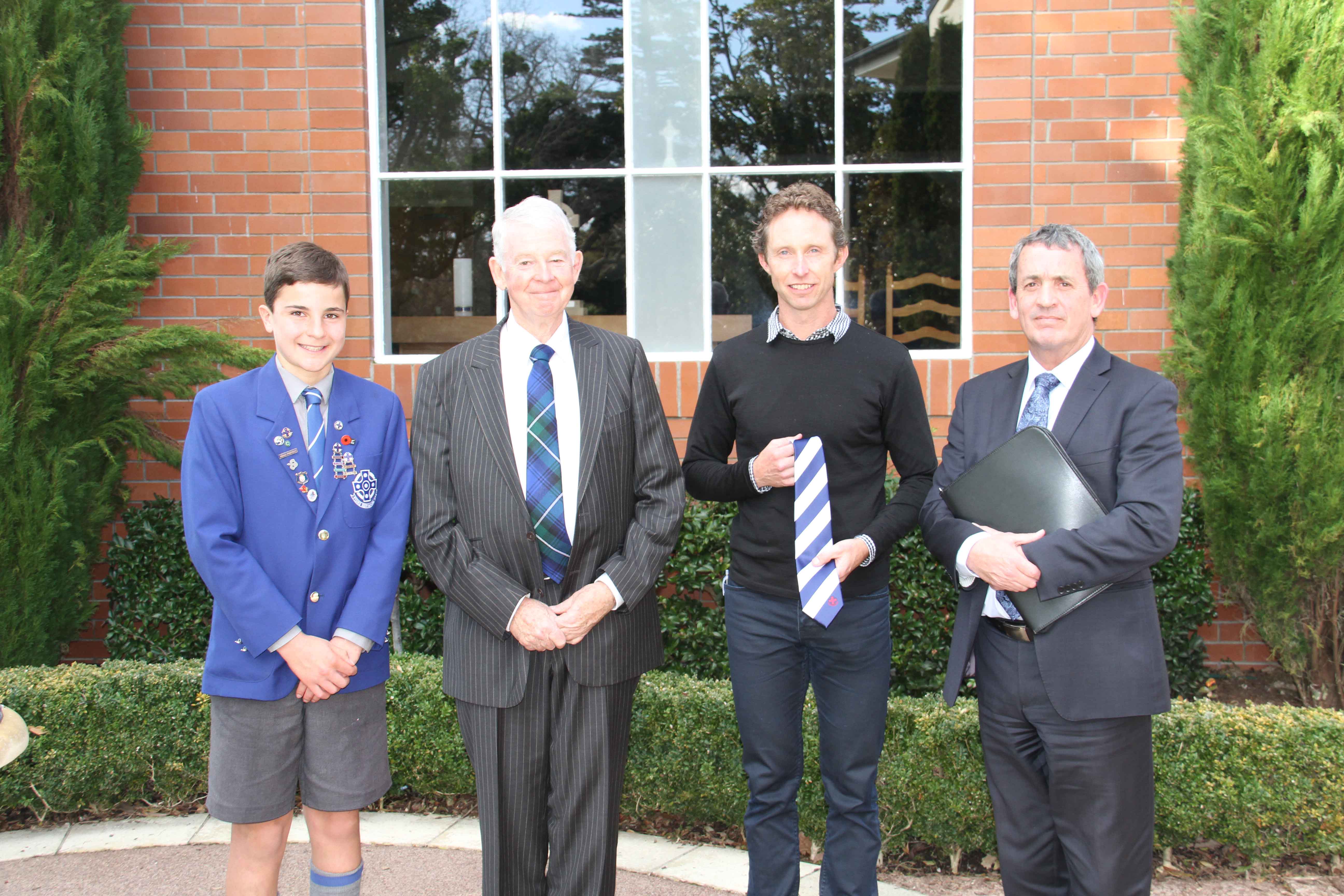