With thanks to History teacher, Mr Simon Johnston

‘This trip has been one of the most eye-opening experiences of my life…’
Patrick Wilkins, Year 13

Nineteen days, twenty three historical sites, eight towns and cities, seven museums, five countries and twenty four lost bags (for a brief moment in time) – for the 28 students who took on this challenge, they turned history into a reality as they ventured across Europe in the footsteps of those who went before.

The very full itinerary was designed to explore the historical battlefields of significance to New Zealand  and  further develop the students’ understanding of our Year 12 NCEA history units on Nazi Germany, the Russian Revolution and the Warsaw Ghetto Uprising, as well as the Year 11 Origins of World War Two units, through visits to Berlin, Warsaw and St Petersburg respectively. Links were also drawn to our IB Diploma history curriculum, particularly in relation to the emergence of Authoritarian States and the ‘Cold War’ era proceeding World War Two. Sufficient time was allowed at each site for the students to be fully emerged and achieve our intended educational outcomes.

Mr Johnston reports:
The initial stages of the trip focused on enhancing the students’ historical knowledge and understanding of the significant role New Zealanders played in World War One. With the long flights behind us, we arrived in Paris eager to explore everything this amazing city had to offer. It was on our arrival at the Grand Palace of Versailles that all of the previous learning about the significance of the Great War began to come together.

Standing in the Hall of Mirrors, where arguably, the beginning of World War Two was forged, we reflected on the moment when the victorious powers of the world in 1919 created the powder keg that would lead to a much more devastating war.

Our first stop out of Paris was the quiet and peaceful poppy covered fields of the Somme - the battle in 1916 which saw New Zealanders’ first action on the Western Front after the failed Gallipoli Campaign. Here, 103 years ago to the month, the British opened up a new offensive that will be remembered as their biggest military disaster in history. Over 20,000 soldiers killed in one morning. New Zealand troops were to join the efforts in September and looking past the Longueval Memorial, the students could see the exact route our brave soldiers took under the creeping barrage of artillery shells in front of them - some so close they were ordered to accept shrapnel wounds as an indication of where they needed to be.

A sobering experience ensued as the students individually made their way around Caterpillar Valley cemetery reading, first-hand, the gravestones of so many young New Zealanders lost in the battle. Standing in the fields that once bore witness to hell, opened the eyes of students and staff and brought home the horrible truth about the ultimate sacrifice our troops from the ‘uttermost ends of the earth’ made in this eerily haunting landscape. One which would have looked so very different many years ago…

Our next stop was in the beautiful town of Amiens, where students were encouraged to get amongst the local cuisine and culture. We had the morning to explore the town and uncover the hidden links to New Zealand in the beautiful Notre Dame Cathedral. Plaques commemorated the NZ efforts in the surrounding area of the town and the enormity of Allied involvement began to become noticed by the students as we passed Commonwealth cemetery after cemetery in only very short distances.

We were fortunate to continue our World War One theme with a visit the French town of Arras. It was here that New Zealand troops were deployed as miners in the Western Front. Interestingly, the tunnels beneath Arras were closed after the Second World War and not rediscovered until 1990. They are one of the few physical traces left by the New Zealanders on the Western Front.

The road to Passchendaele followed and it was here that the students took charge, taking turns with the microphone on the bus to inform their peers of the events of 1917. At the Gravantafel Memorial, the students were informed that this ‘hill,’ a mere rise in the landscape to the untrained eye, was the highest and furthest point the NZ soldiers would get to and was the starting point for our blackest day. On October 12, 1917, 800 NZ Soldiers, 45 officers would be killed and a further 2,700 wounded as NZers stormed over the top in a hopeless assault on the German frontlines. We stood on the exact ground this offensive began and retreated ourselves to Tyne Cemetery which still remains the largest Commonwealth Cemetery in the world. The hopelessness of this war came to light here, as we passed thousands upon thousands of headstones that merely uttered the words – ‘Known only unto God.’

This feeling was exemplified when Fin Wong and Jack Horsnell were chosen to represent Saint Kentigern and lay a wreath at the famous Menin Gate memorial. Here, the students witnessed  an event that occurs every evening, 365 days a year for the past 90 years. The traffic of the town of Ypres stays still for 15 minutes, whilst the people from all corners of the globe pay their respects under the names of the 54,395 Commonwealth soldiers who still remain missing in the area of Passchendaele. Hearing the Last Post and laying our wreath, designed and made from hom, was an experience that will never be forgotten.

Our World War One focus came to an end in this tranquil town after a platoon experience consisting of the chance to wear a full World War One soldiers’ kit, including gas masks and  experience a ‘Tommy tucker’ meal in the old trenches from the war.

From here, we flew from Brussels to Berlin to see first-hand what remained of the lost peace after the Great War. Berlin was a new experience and focus for us, not only because the airline lost 24 of our 32 bags, but because this city is drenched in history!

We learnt through the Berlin Bunker experience how Germany rebuilt itself under the Nazi regime and our visit to the Memorial to the Murdered Jews of Europe and the Sachsenhausen Concentration Camp was testament to the rise of evil. This day truly emphasised the horrors that humanity is capable of and it took some time for the students to digest what had happened in the very place they were standing not so long ago.

In addition to this, another dark experience that will remain with us was standing in the very room where the ‘logistics’ of the final solution were discussed and agreed upon by Nazi elites at Wannsee Palace. The question of how this is humanely possible will be forever etched into our minds… and perhaps one that we will never understand.

Berlin also offered us our first experience of the effects of the Cold War and how close the world came to Mutually Assured Destruction on multiple occasions. Our tour of the Berlin Wall hammered home this reality and after a short stop in the old Stasi headquarters, we had a better understanding of life on the East side and the element of secrecy during the Cold War era.

Our last day in this city was spent experiencing a different aspect of Berlin – street art. Here, students designed their own personalised graffiti canvases and were taken around a unique section of Berlin, adding to their enlightenment of the wide variety of culture Berlin has to offer.

From Berlin, we continued our journey east and into Poland focusing on the Warsaw Ghetto Uprising which famously occurred on April 19, 1943. It was here that Jewish resistant fighters successful held off Nazi deportation forces for a period of time and further inspired a mass revolt at Treblinka on 2 August, 1943.

Yes, one can look at the hopelessness of the situation, but it was here that we wanted our students to understand and see the good in situations of such evil. Resistance can carry many forms and here we learnt about the heroic deeds of cultural resistance, moral resistance, spiritual resistance and of course, violent resistance. This theme of resistance carried us through the emotionally draining visit to Treblinka, a site where 800,000 people were murdered in a matter of months. A haunting memorial in the depths of the woods gave us all time to individually reflect and pay respect to the victims of the Nazi regime. Again though, we were forced to ask ourselves, how is this humanely possible? I don’t think anyone can truly understand the enormity and scale of such evil, but we can understand the importance of being messengers and carriers of history to ensure such evil can never occur again. A simple message of being an upstander in society has never felt more relevant than it did on this day for us….

Our remaining days were spent exploring another incredible element of history that was moulded in St Petersburg Russia. Here, we immersed ourselves in Tsarist history and the revolutions that followed. We stood in awe of the glamour of the Winter Palace, the Hermitage, Peterhof Palace and the heart and soul of St Petersburg in general. We learnt of the siege of Leningrad during World War Two and the birth of communism as a direct result to the disastrous Russian campaign in World War One. This was a fitting end to such a broad array of historical experiences.

I need to note that on a lighter note, one cannot visit Russia without the ballet experience, and this helped ease our way out of a heavy historical experience!

Such a trip of this enormity will be forever remembered by both staff and students and is certainly a history trip for the ages. The journey was thoroughly enjoyed by all and our students were superb ambassadors for Saint Kentigern at every step of the way.

Course work covered during the trip: 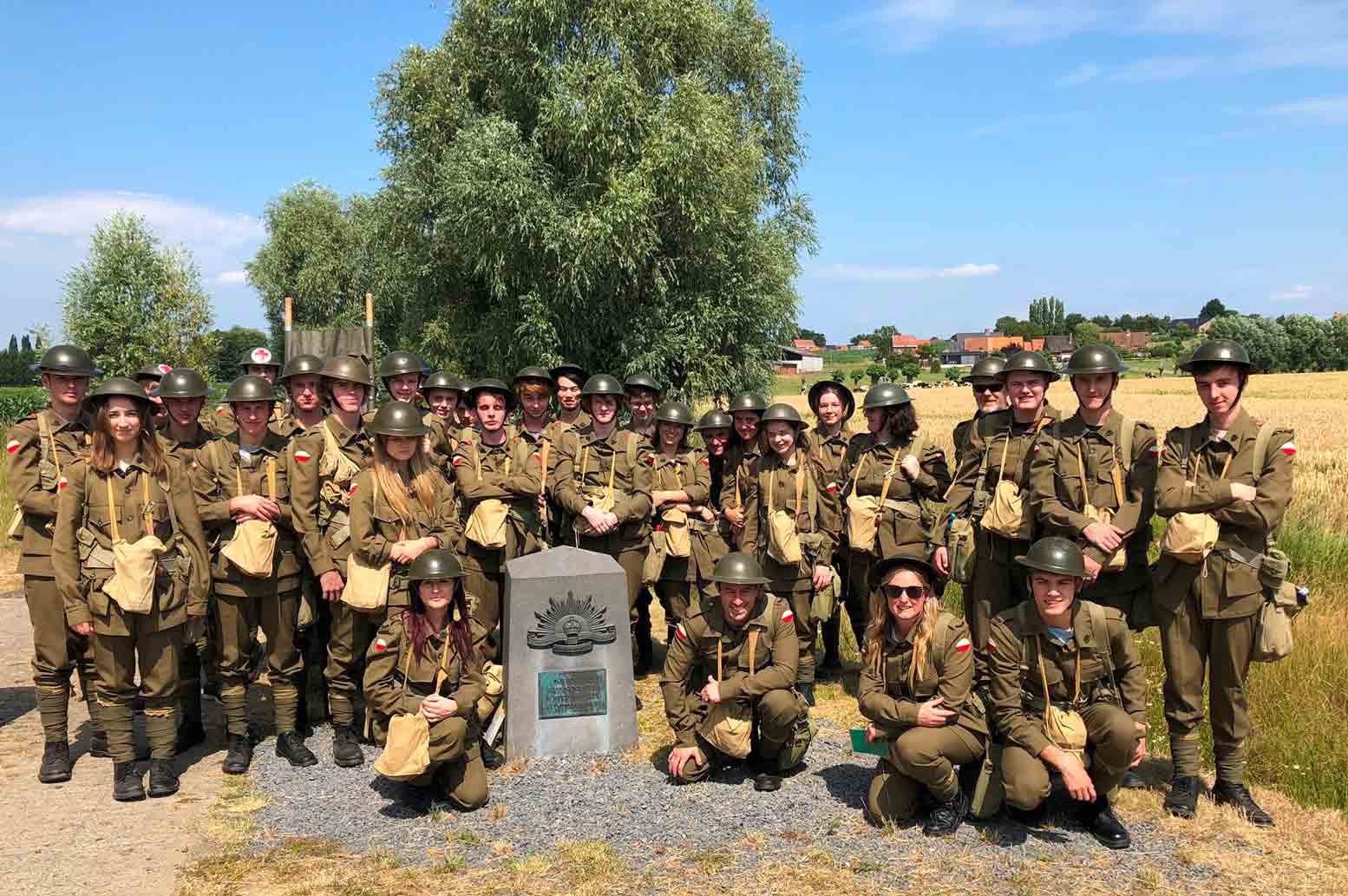 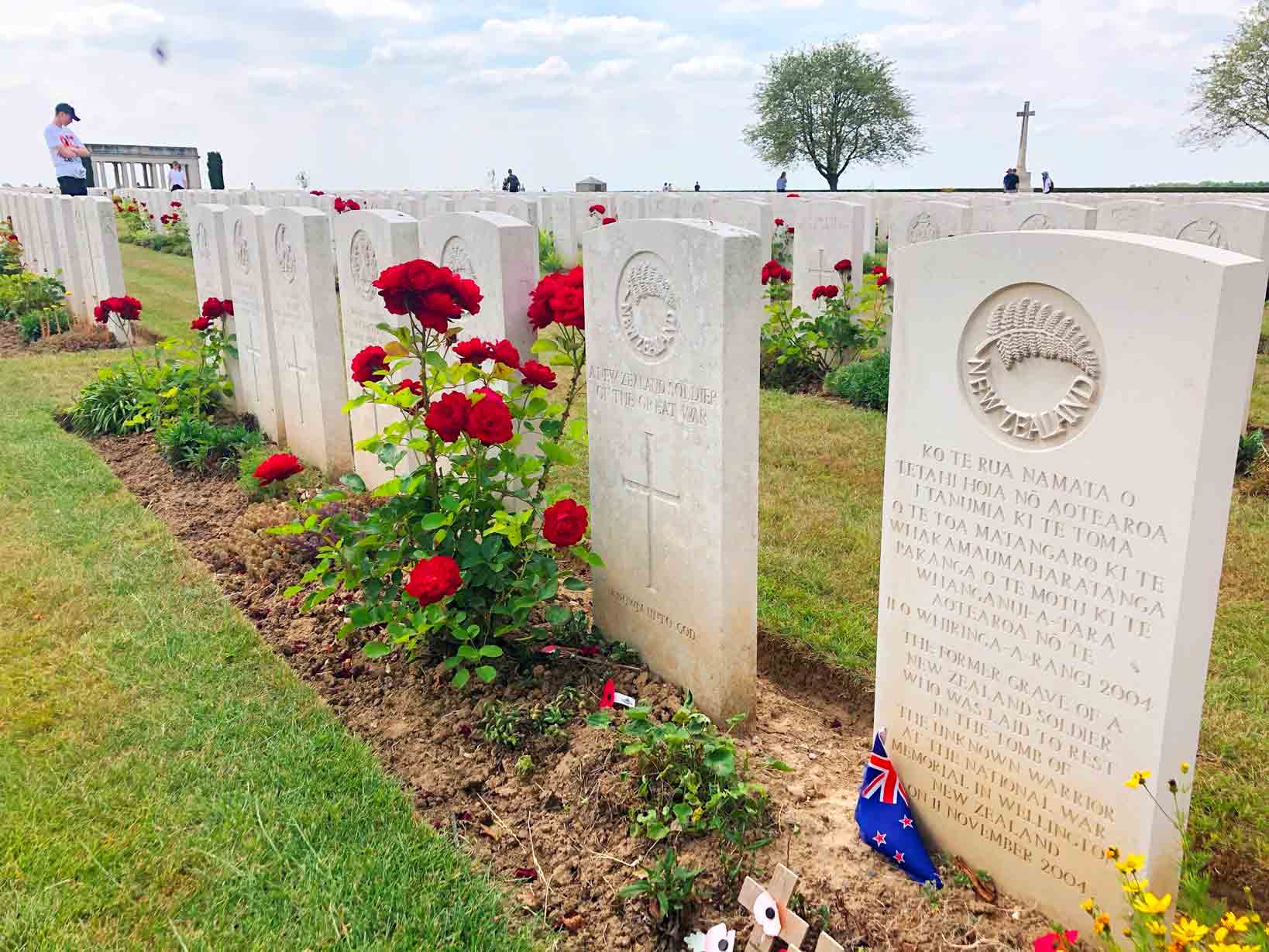 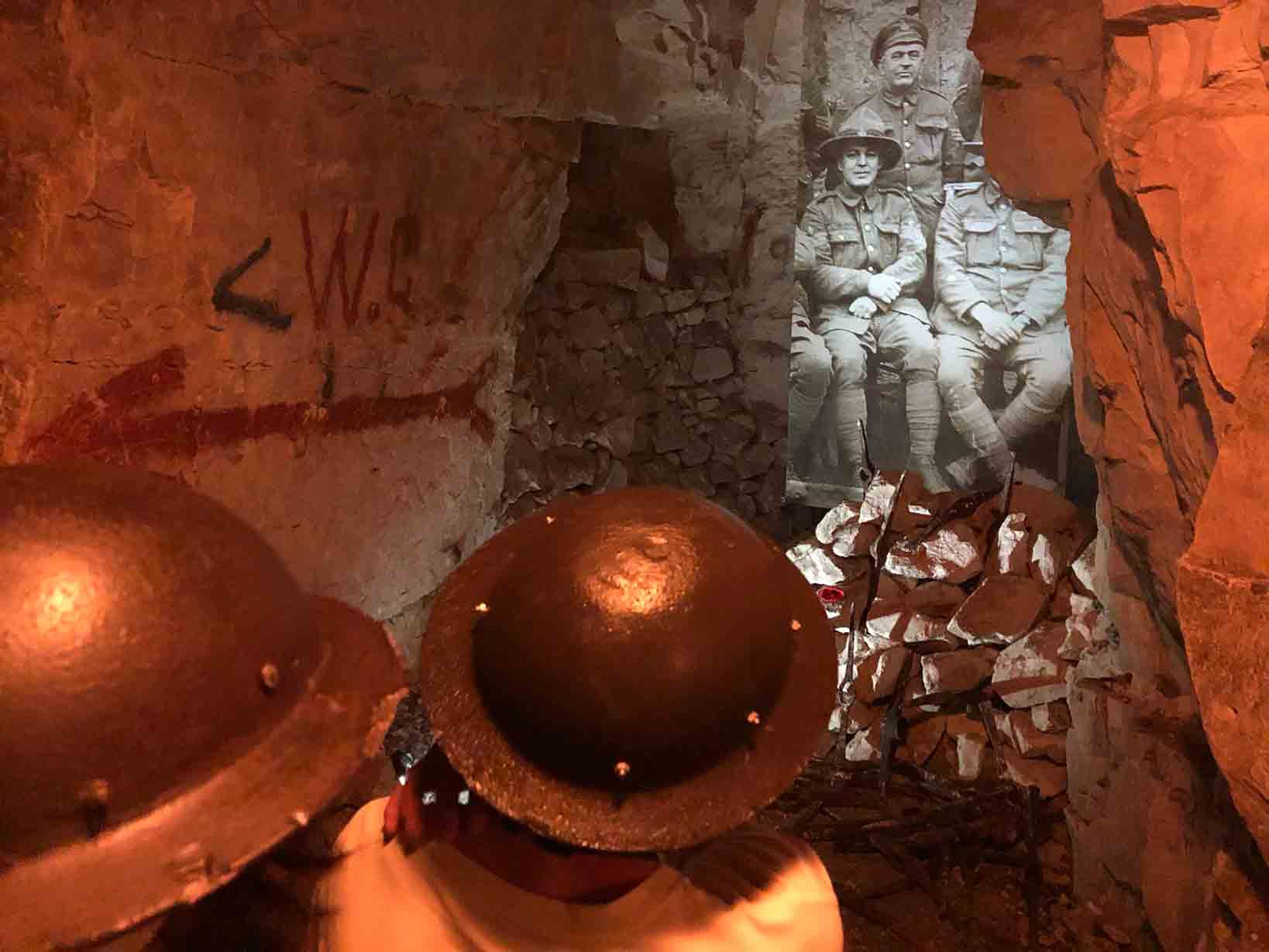 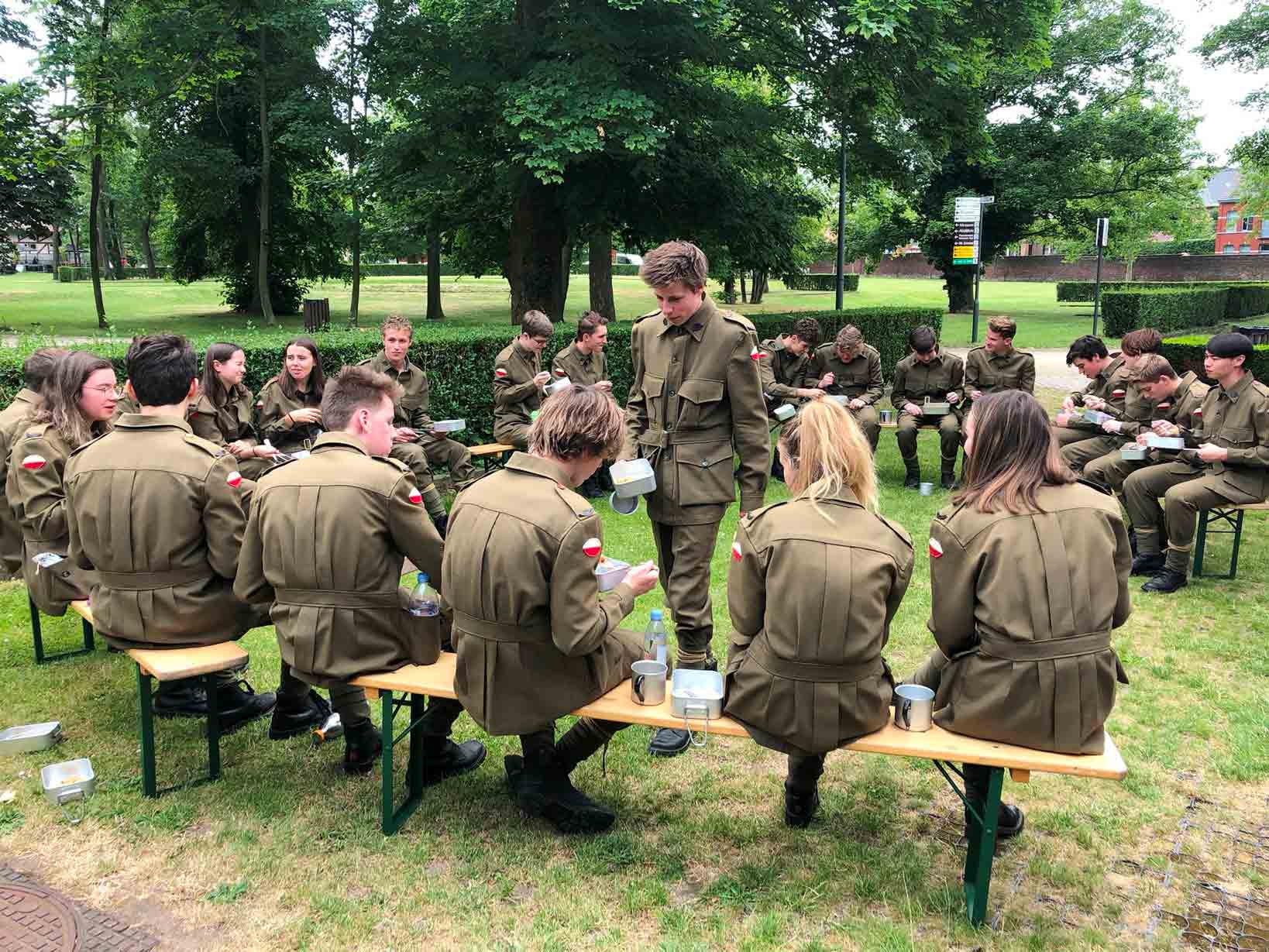 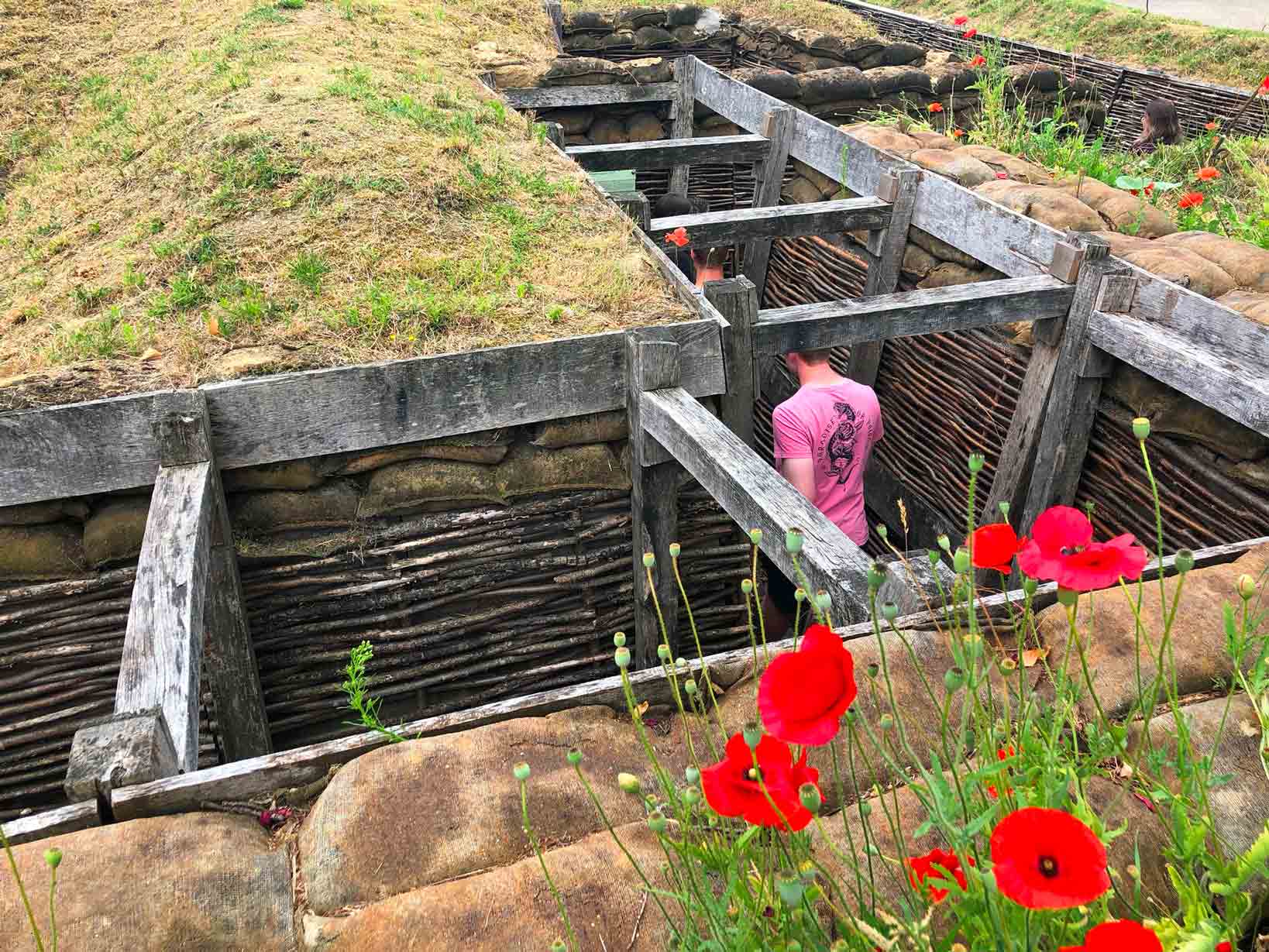 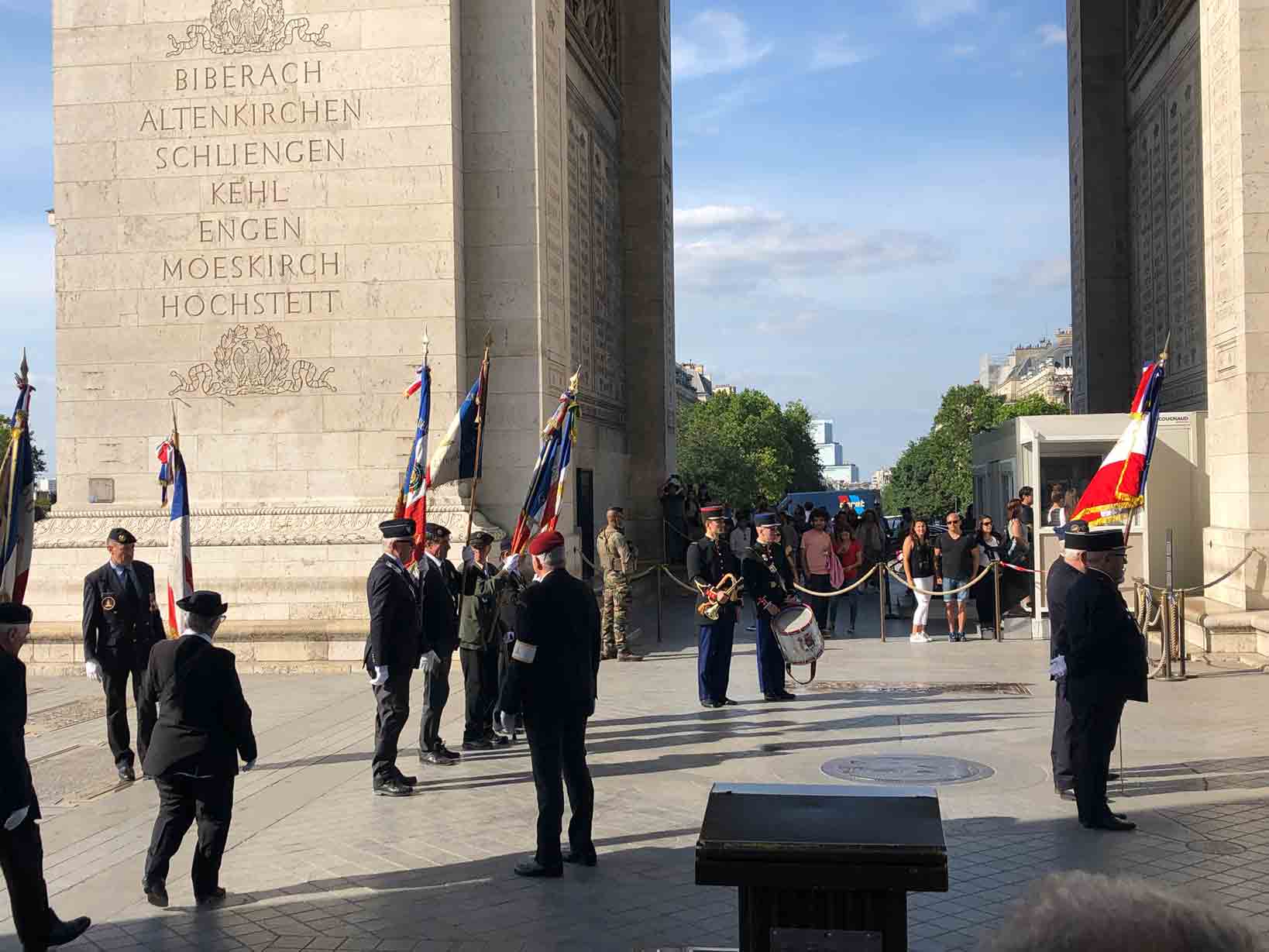 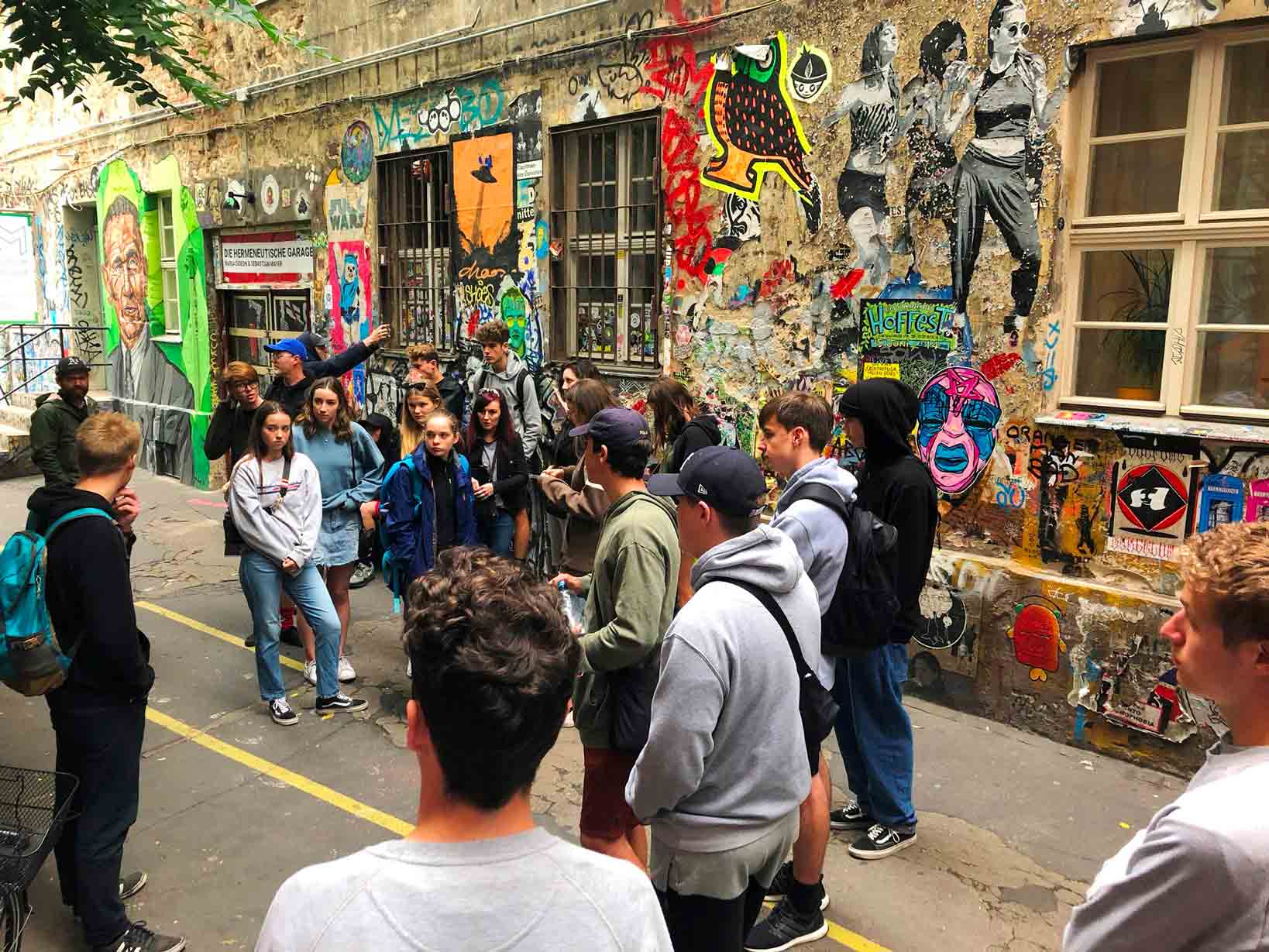 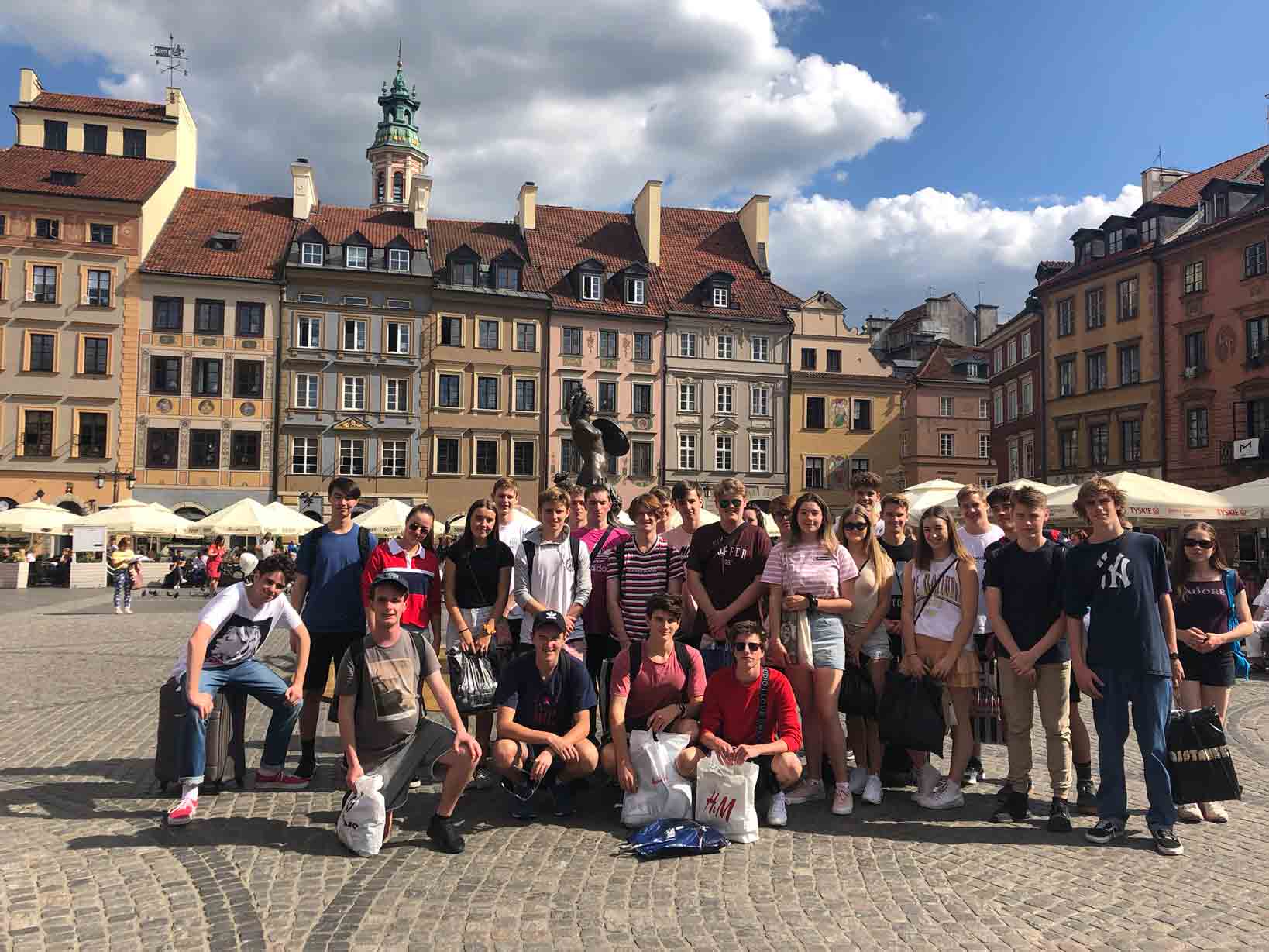 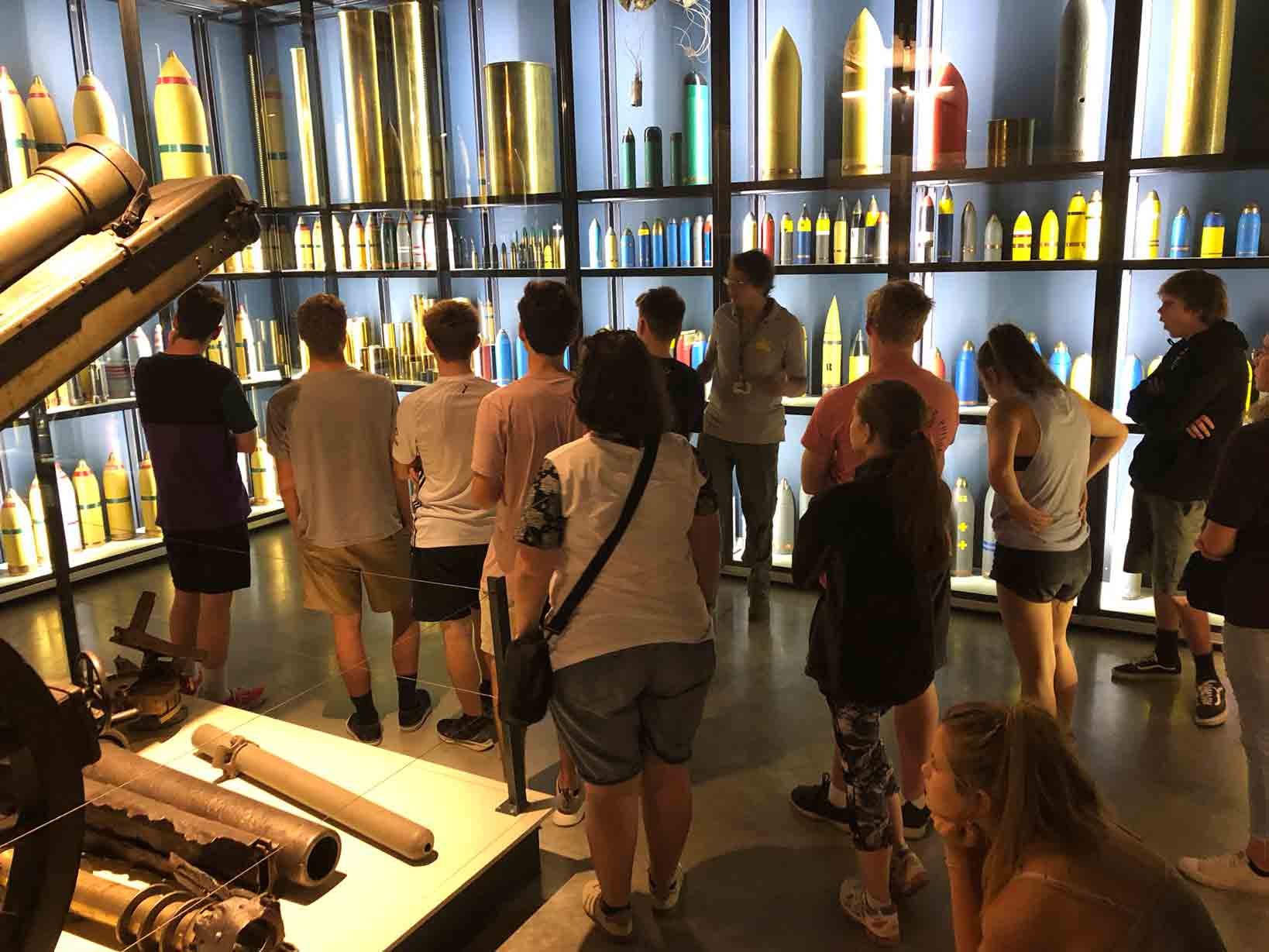 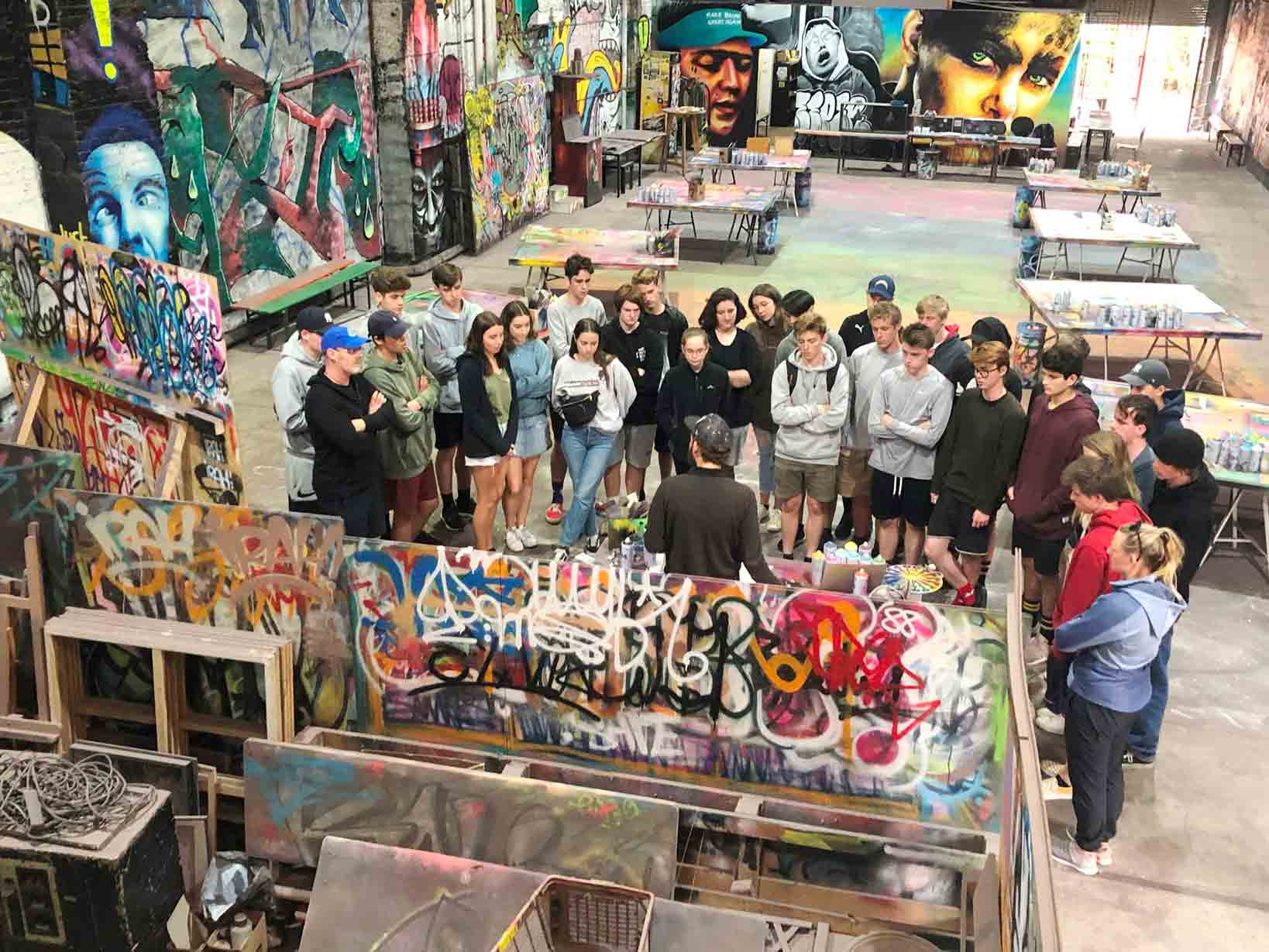 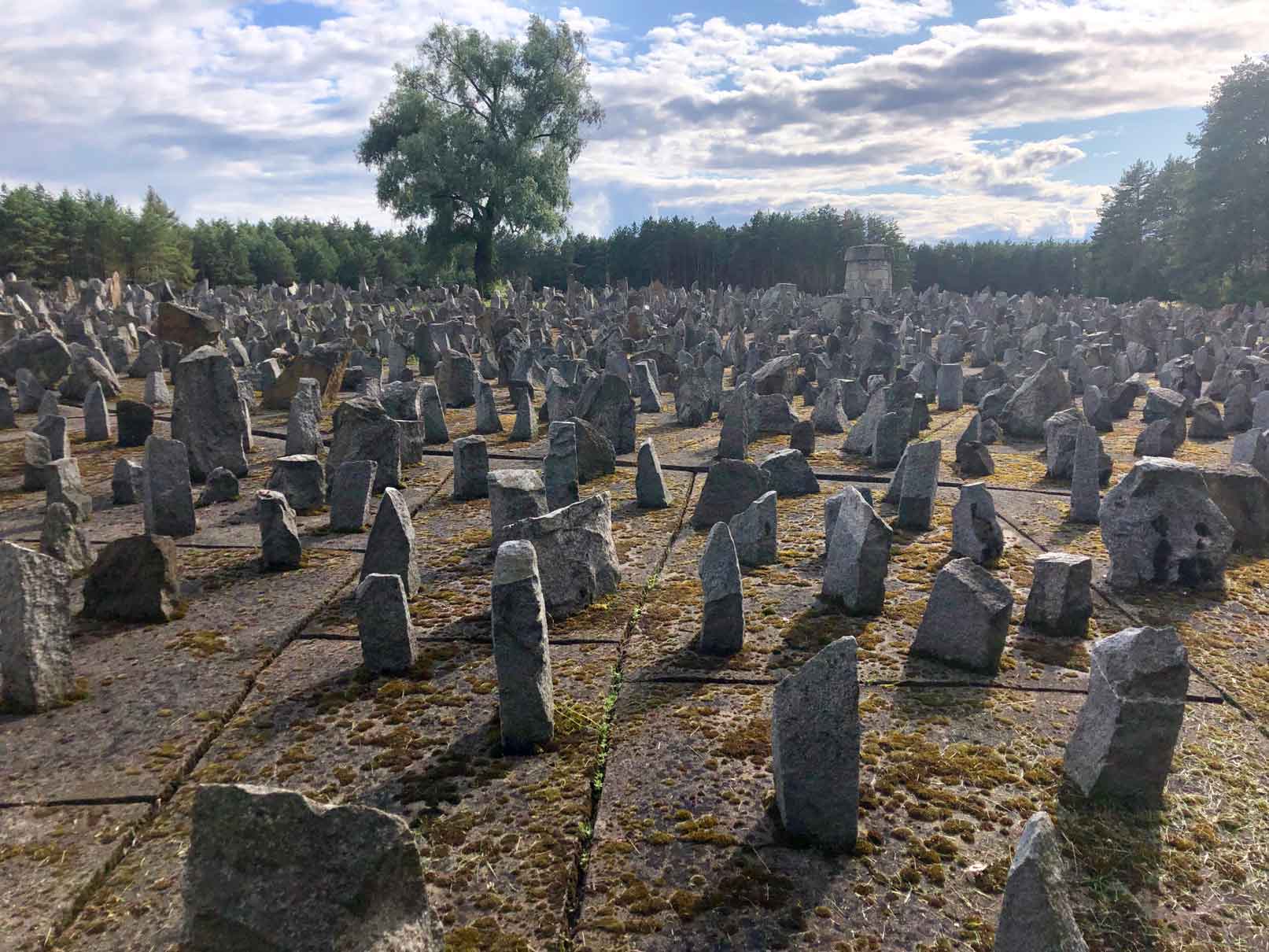 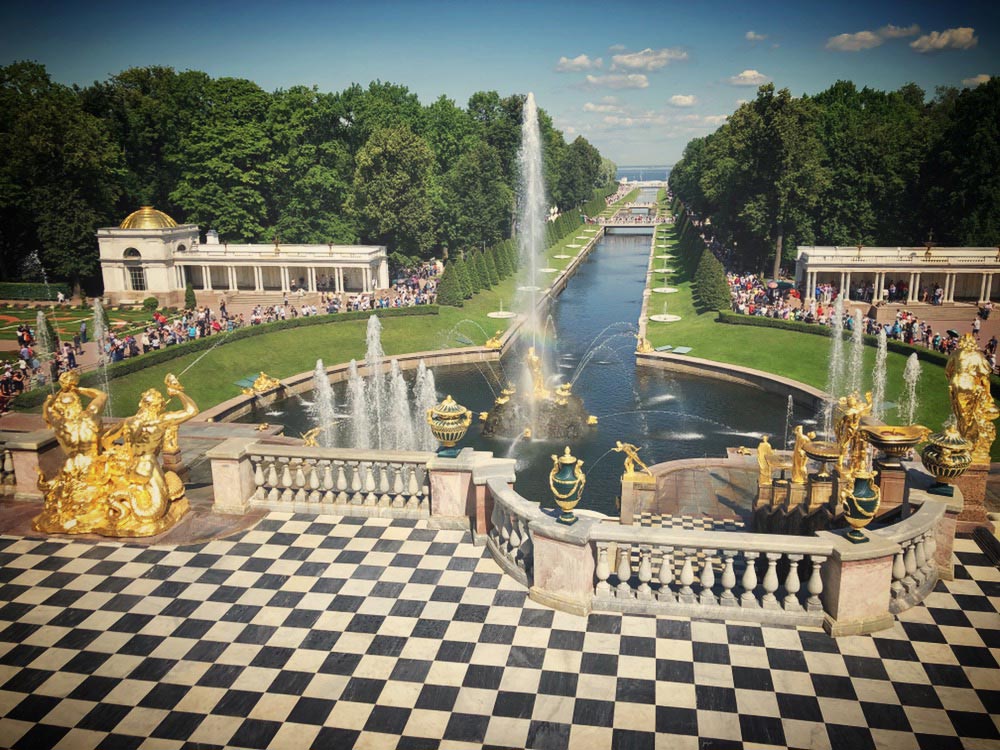