The History trip to Europe provided the chance for 28 students to delve into the past, and also immersed them in the calamity of the present. Best laid plans count for little when power and politics collide, as the tour group found after the Turkish military coup denied them the opportunity to pay respect to the ANZAC soldiers who landed on the rugged terrain of the Gallipoli peninsula 101 years ago.

The opening stage of the trip was based on enhancing students’ knowledge and understanding of the significant role New Zealanders played in WWI. From the Palace of Versailles in Paris, where the Treaty of Versailles was signed to end WWI, we ventured to the poppy covered fields of the Somme. The battle here in 1916 was New Zealanders’ first action on the Western Front after the failed Gallipoli campaign. Looking past the Longueval Memorial, the students could see the exact route our brave soldiers took under the creeping barrage of artillery shells. A sobering experience ensued as the students made their way around Caterpillar Valley cemetery, reading the gravestones of so many young New Zealanders. Year 13 student, Thomas Scott’s rendition of the ‘Last Post’ brought tears to the eyes of students and staff and brought home the horrible truth about the ultimate sacrifice our troops from the ‘uttermost ends of the earth’ made in this eerily haunting landscape.

Our next stop was in the beautiful town of Amiens where students were encouraged to get amongst the local cuisine and all managed to try the luxurious frog legs and snails. We had the afternoon to explore and uncover the hidden links to New Zealand in the beautiful Notre Dame Cathedral. Plaques commemorated the NZ efforts in the surrounding area of the town and the enormity of Allied involvement was unmistakeable as we passed Commonwealth cemetery after cemetery.

Our WWI theme continued with a visit the tranquil fortified town of Le Quesnoy, which New Zealanders liberated from German occupation one week before the war’s end in 1918. Here, we had a guided tour and were taken to the exact location where Lieutenant Averil scaled the 30ft rampart with a ‘borrowed’ ladder from the engineers to lead the New Zealand troops into the town. The New Zealand influence was everywhere, from silver fern plants, to streets named after the All Blacks. Everyone here knows who New Zealanders are and they remain forever thankful to our country for liberating them after four years of difficult German occupation.

The road to Passchendaele followed and it was here that the students took charge, taking turns to inform their peers of the events of 1917. We made a personal visit to Year 12 student, Claire Hofman’s great uncle who was sadly killed aged 20, at Messines, on July 31, 1917. At the same spot, we stood where, in 1914, the famous Christmas truce occurred, and Hitler was wounded by gas on the front lines in 1916. Our journey of the New Zealand soldiers continued with a stop at the Messines Ridge Memorial. Again, the students could gaze in the direction the NZ troops stormed ‘over the top’ towards the newly mined land where the German trenches once stood, and we, 99 years later, followed.

At the Gravantafel Memorial, the students were informed that this ‘hill,’ a mere rise in the landscape  to the untrained eye, was the highest and furthest point the NZ soldiers would get to, and was the starting point for our blackest day. On October 12, 1917, 800 NZ soldiers and 45 officers would be killed and a further 2,700 wounded in a hopeless assault on the German frontlines. We stood on the exact ground this offensive began and retreated ourselves to Polygon Wood Cemetery where many of these soldiers who were fortunate enough to survive this bleak offensive were to remain fighting for a further three months. The hopelessness of this war came to light here, as we passed thousands upon thousands of headstones that merely uttered the words ‘Known only unto God.’

Finn Linton and Alex Grigor were chosen to represent Saint Kentigern and lay a wreath at the famous Menin Gate memorial. The group witnessed a tribute that has taken place every evening for the last 87 years. At 8pm, the traffic of the town of Ypres stays still for 15 minutes, whilst the people pay their respect under the names of the 54,000 Commonwealth soldiers who remain missing in the area. But no New Zealanders are engraved here, the government choosing to commemorate them at the Commonwealth cemeteries. Hearing the ‘Last Post’ and laying our wreath, designed and made at home, was an experience that will never be forgotten.

Our WWI focus came to an end after a platoon experience consisting of gas masks, full WWI soldiers’ kit and a ‘Tommy Tucker’ meal in the old trenches of the war. From here, we flew from Brussels to Berlin to see first-hand what remained of the lost peace after the Great War.

Berlin was a new experience and focus. We learnt through the ‘topography of terror’ how Germany rebuilt itself under the Nazi regime and our visit to the memorial to the murdered Jews of Europe and the Sachsenhausen concentration camp was testament to the rise of evil. This truly emphasised the horrors that humanity is capable of and it took some time for the students to digest what had happened in the very place they were standing not so long ago.

Berlin also offered us our first experience of the effects of the Cold War and how close the world came to mutually assured destruction on multiple occasions. Our tour of the Berlin Wall, an underground nuclear bunker and the Palace of Tears along with the different accounts of survival stories in the east, or tremendous escape attempts to the west hammered home this reality. Our last days in this city were spent experiencing a different aspect of Berlin – the graffiti. The students designed their own personalised graffiti stencils and were shown the wide variety of culture Berlin has to offer.

Munich allowed us to explore the birth place of Nazism. It was somewhat strange to be  walking amongst the sites of Adolf Hitler’s first speeches in the Beer Hall during his infamous failed ‘putsch’ (coup) in 1923. Students immersed themselves in the foundation of this movement and finished with a harrowing afternoon at Dachau Concentration camp. Here, political prisoners were forced to work from 1933 until its eventual liberation by American soldiers in 1945. By this time, 44,000 prisoners had perished through disease, starvation, torture, medical experiments and eventually gas chambers. It is difficult to express one’s emotions when seeing the sites where human dignity and rights were taken away through systematic extermination.

A new perspective enveloped the students as we learnt about the military coup in Turkey, 30 hours before we were scheduled to arrive there. We swiftly implemented our contingency plan, and ventured to the Bavarian Alps to see Hitler’s Eagle’s Nest, one of the last remaining structures that the Nazis built. We wandered the corridors where Hitler planned his invasion of Poland and the beginning of WWII.

Our remaining days were spent in Salzburg, visiting the birth place of Mozart and the Olympic park in Munich, where the world witnessed one of the first terrorist attacks on Israeli athletes, otherwise known as ‘black September.’

A trip of this enormity will be forever remembered by both staff and students and special thanks go to Mr Johnston, Mrs Williams and Mr and Mrs Perry for leading the tour. 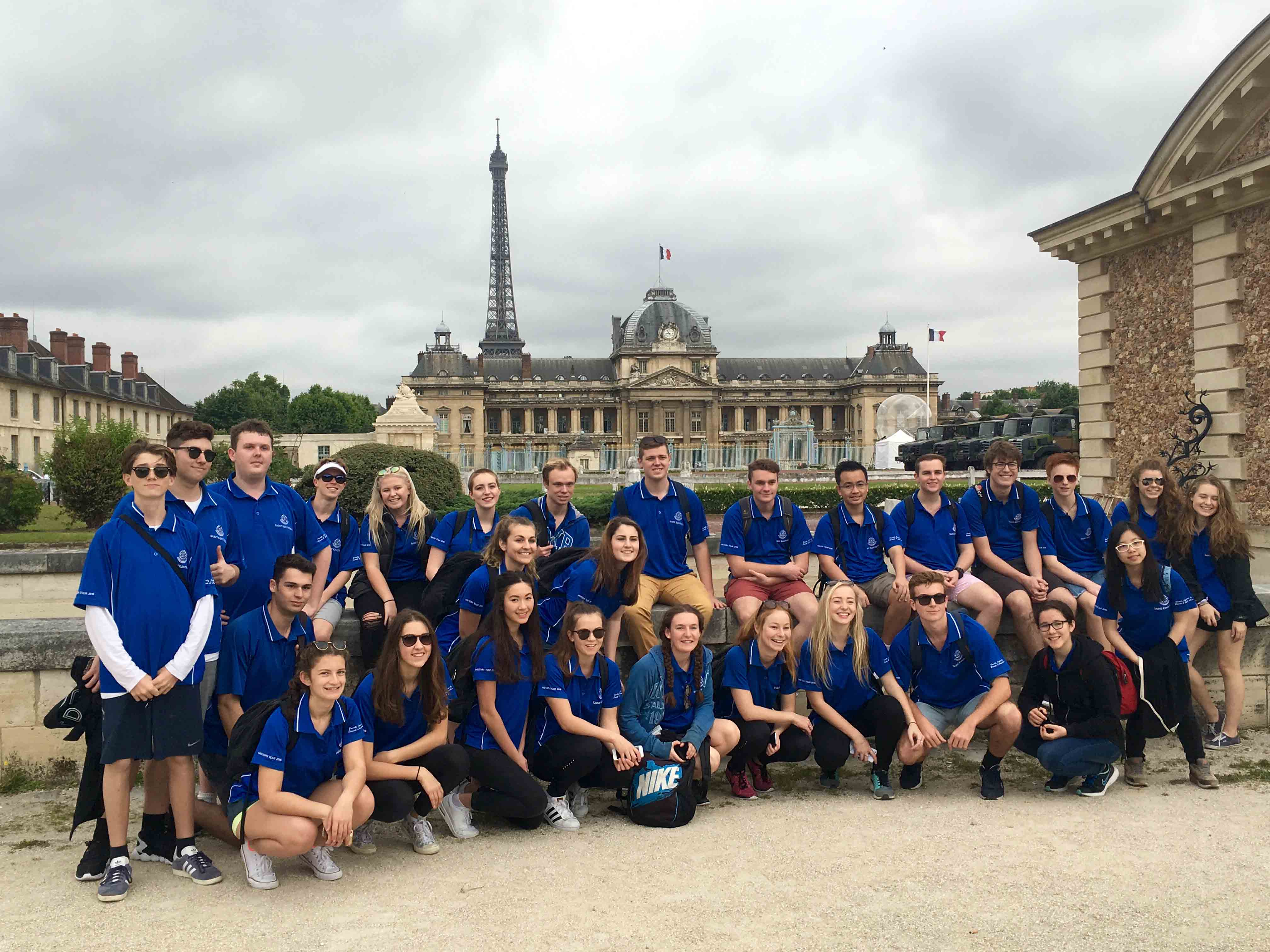 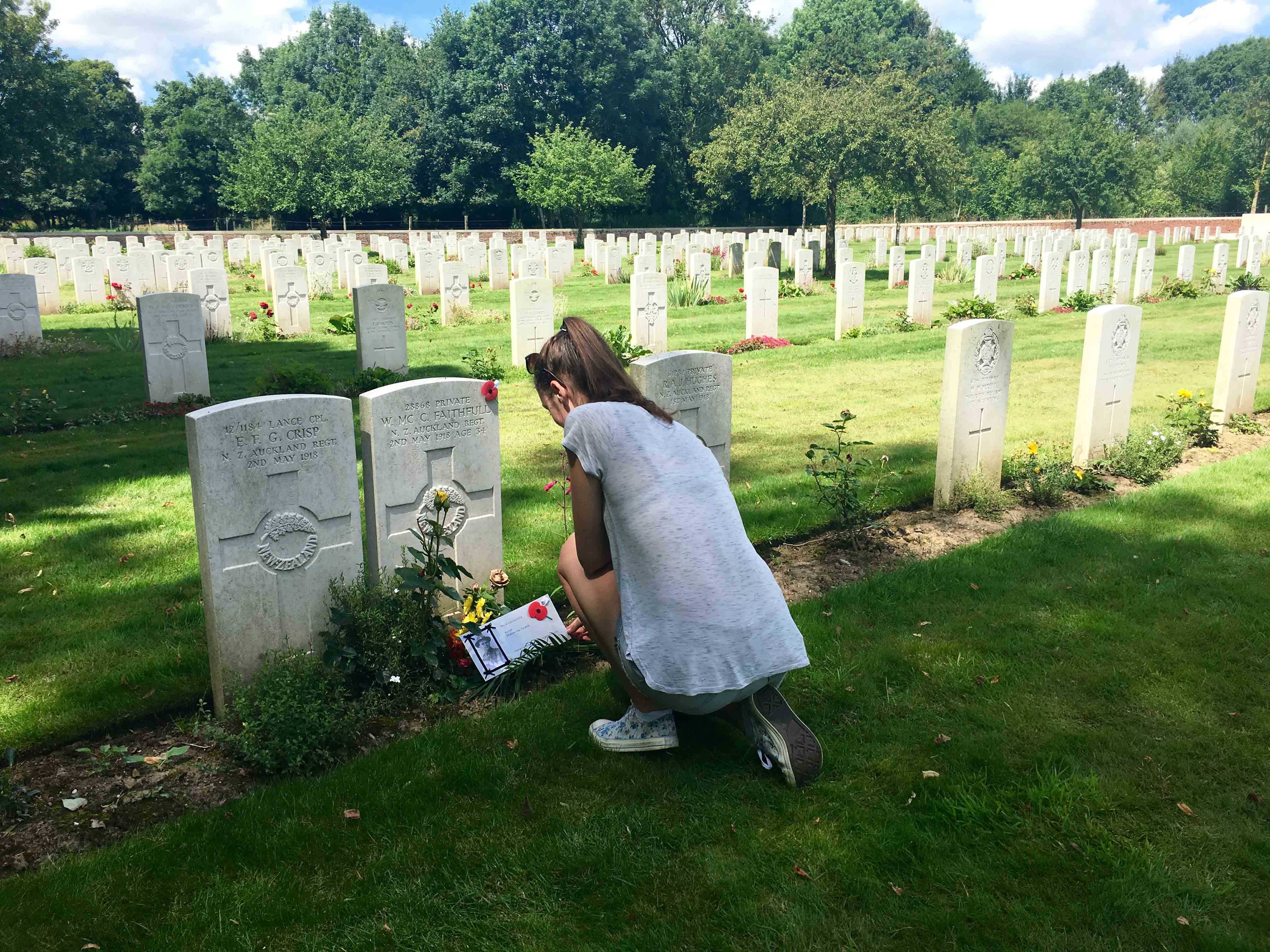 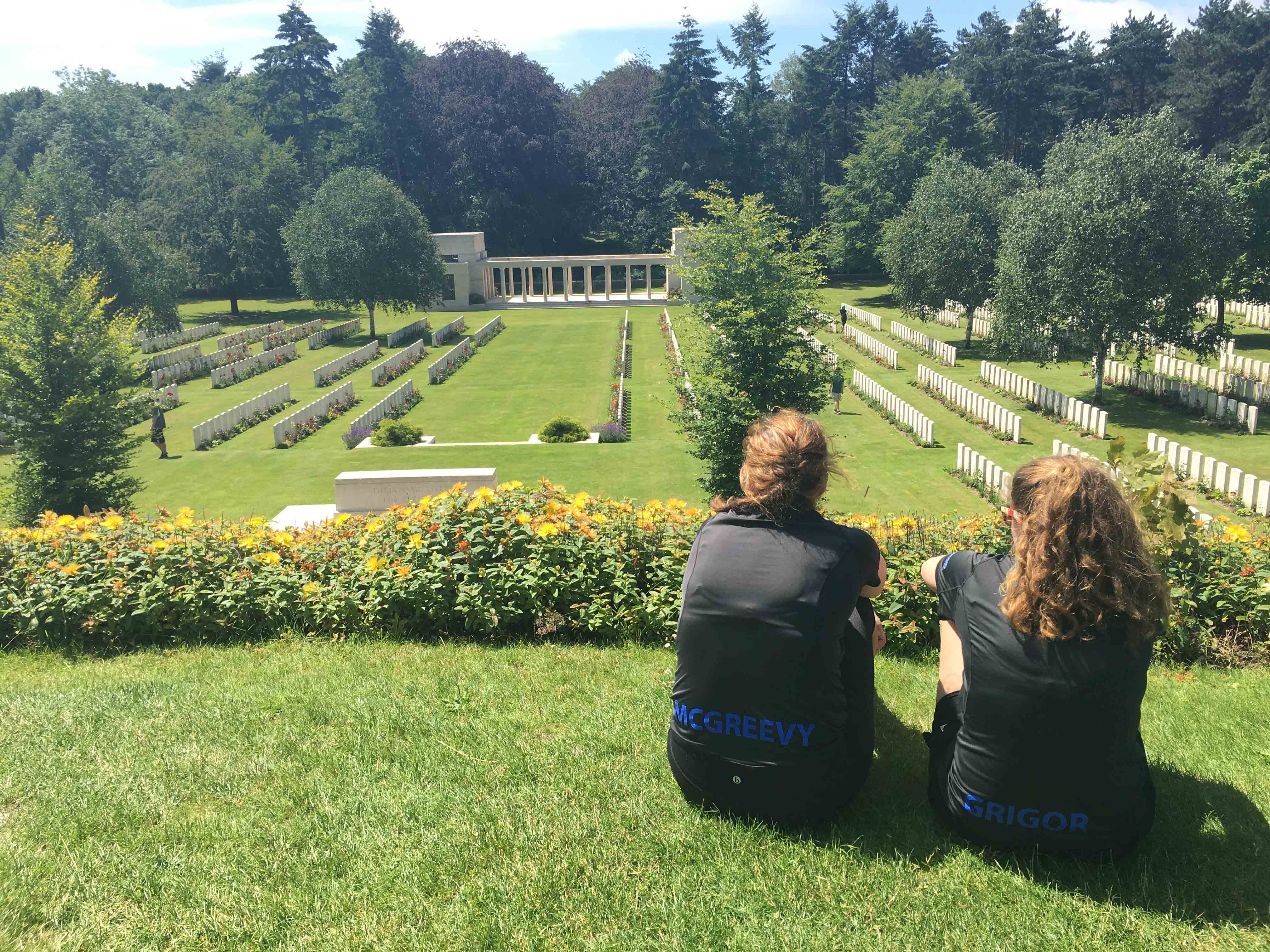 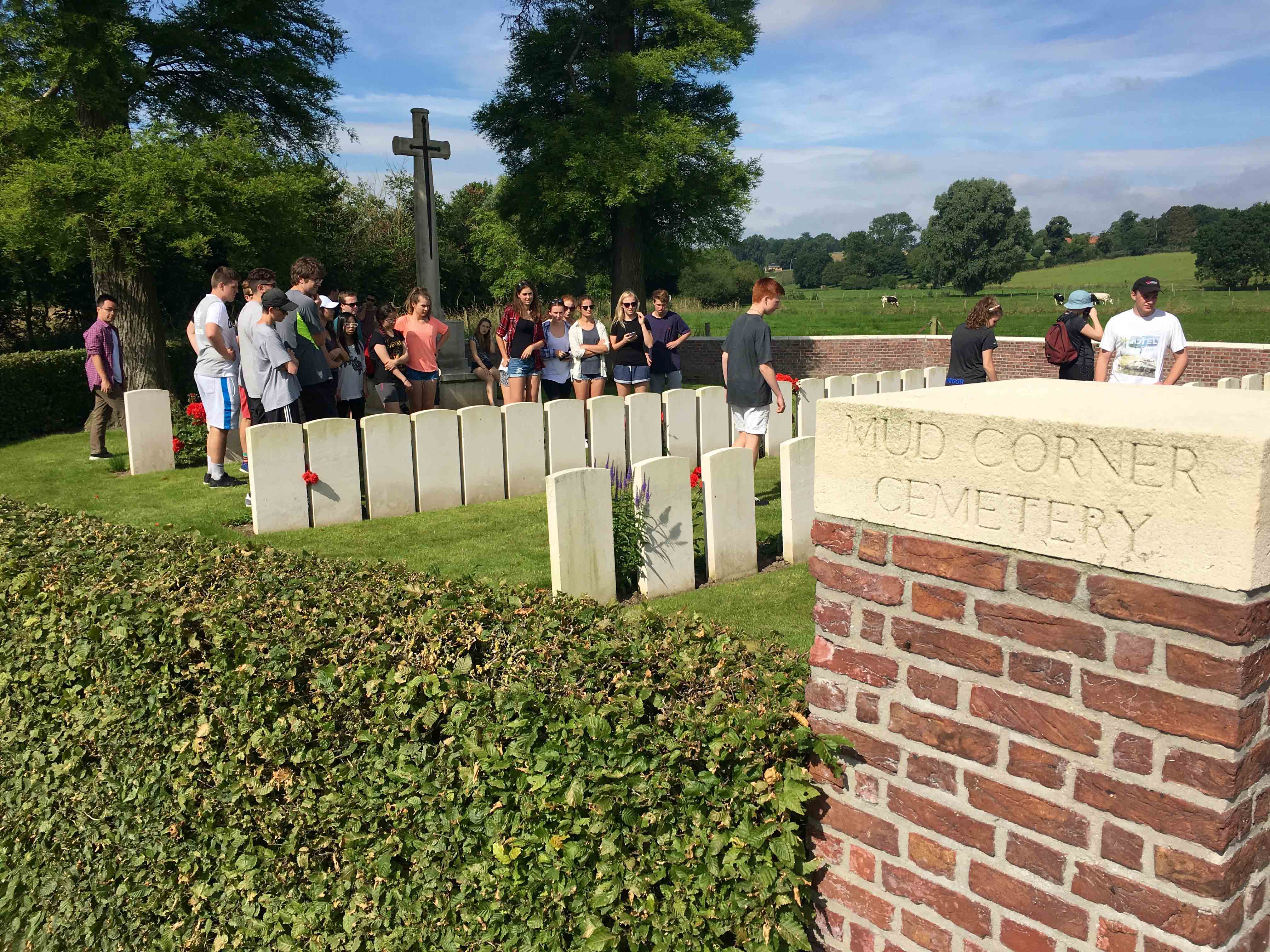 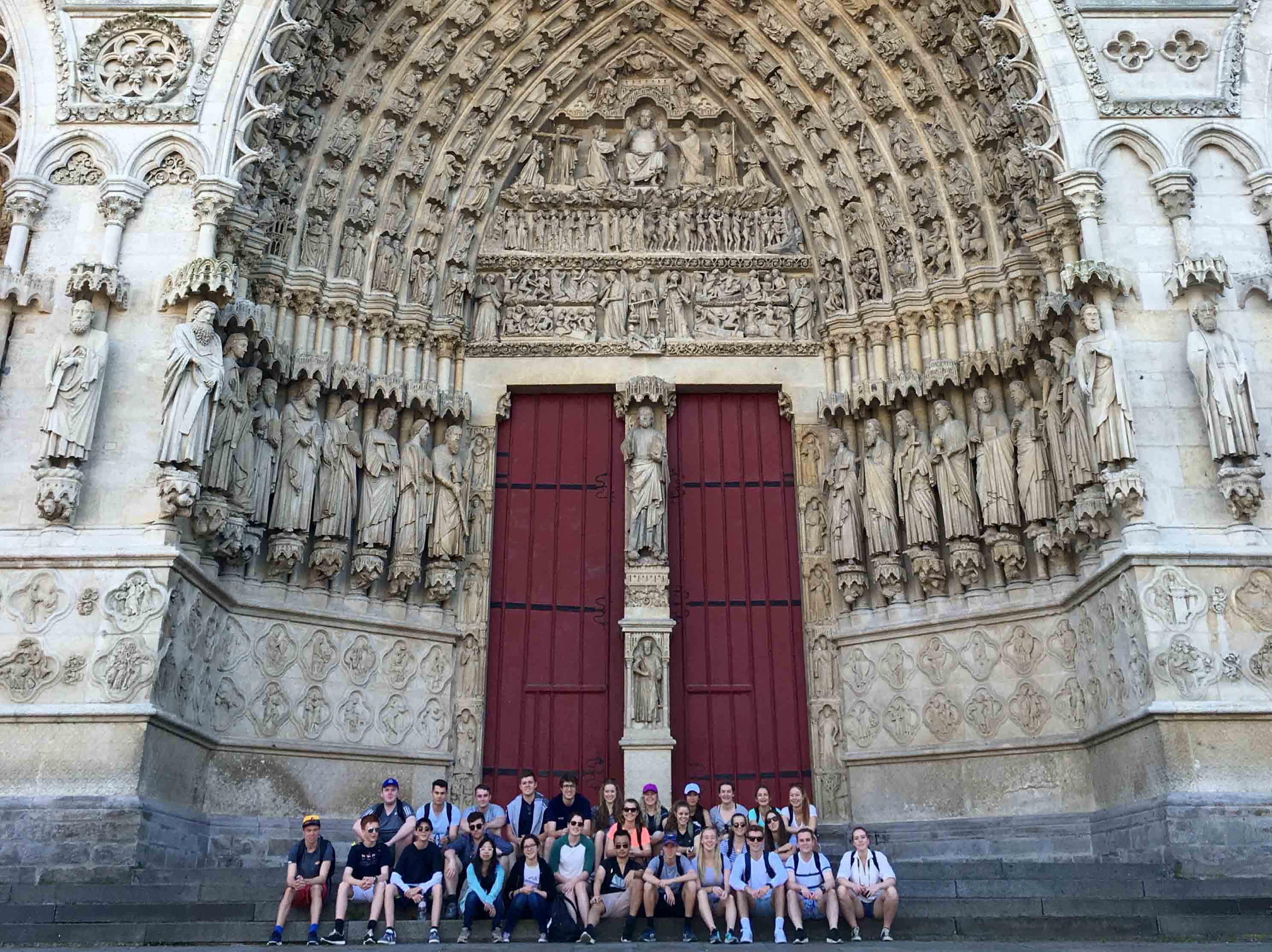 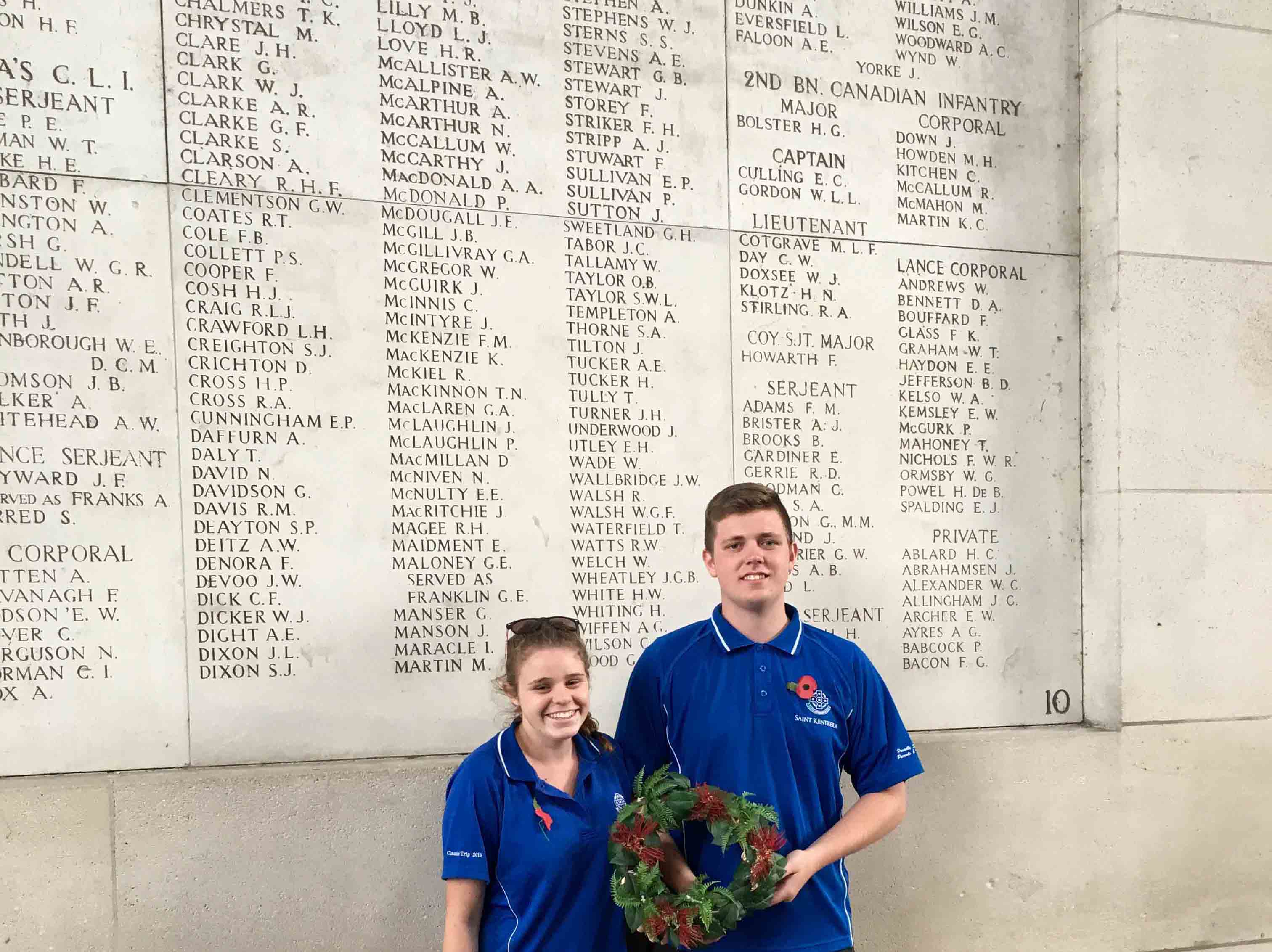 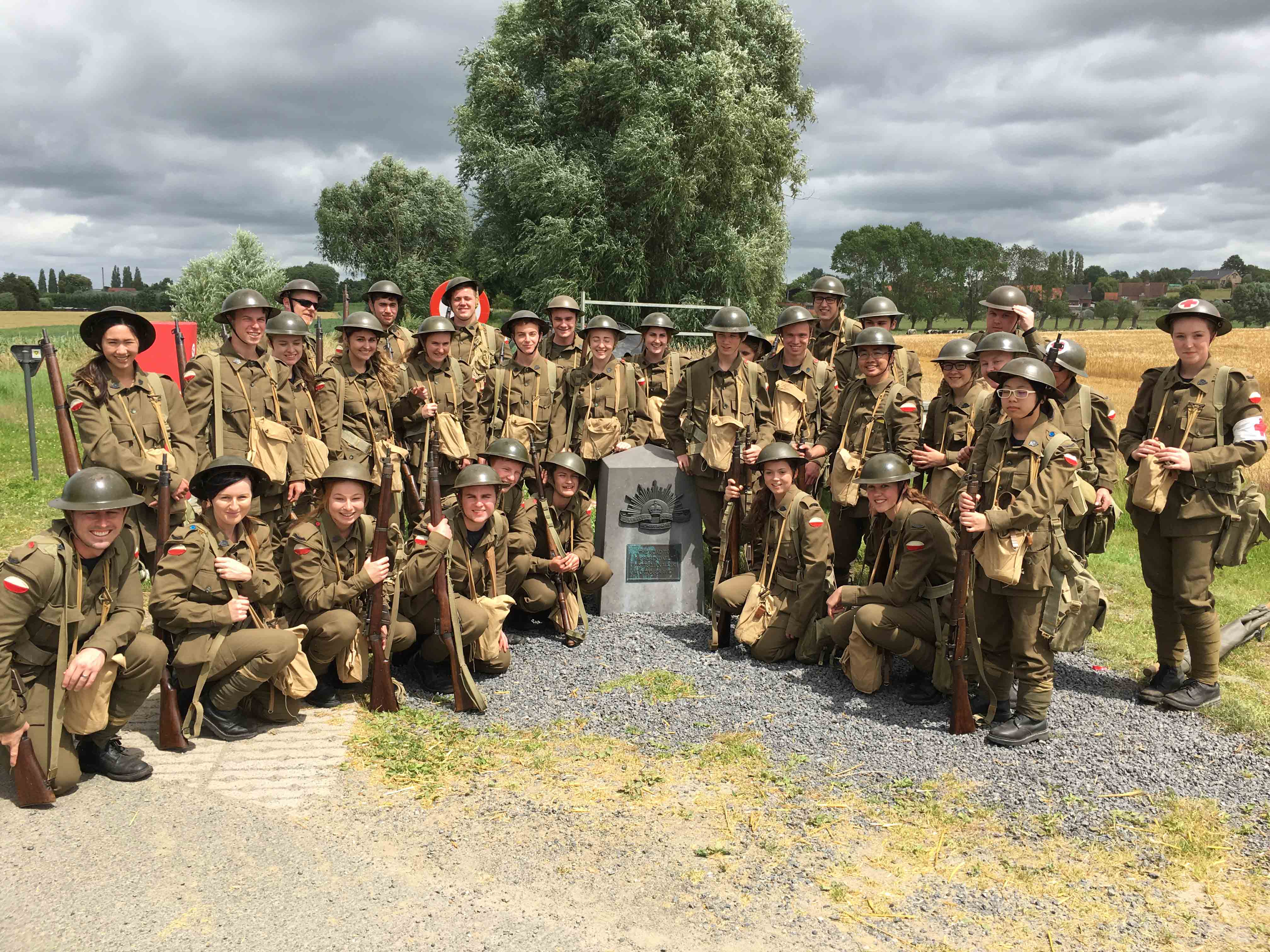 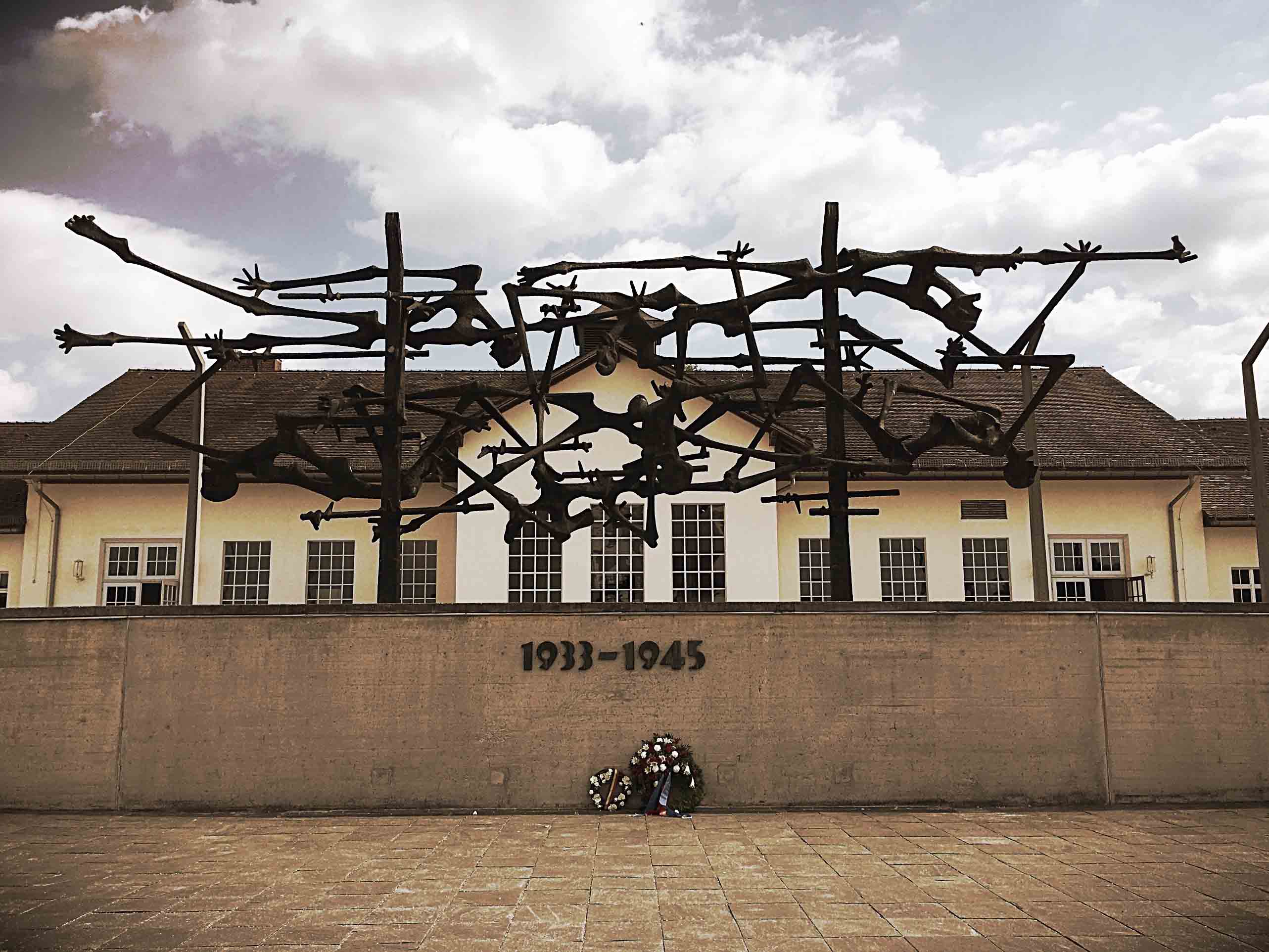