Have you got your tickets for Spamalot?

‘We dine well here in Camelot.

We eat ham and jam and Spam a lot.’

Heading into their last week of rehearsals before opening night next week, the cast and orchestra of Spamalot raised the roof on the Music Centre over the weekend as they went through their musical numbers. A musical theatre spin-off of the 1975 film, ‘Monty Python and The Holy Grail, Spamalot parodies the Arthurian legend of Camelot.

On Sunday, Braydon Robinson, in the role of King Arthur, led his motley Knights of the Round Table in dialogue and song, whilst the powerful singing voice of Lady of the Lake, Lili Taylor, was backed up by the all singing, dancing Laker Girls.

Musical Director, Mr Ross Gerritsen and Director and Head of Drama, Ms Emma Bishop are pleased with the progress the students have made, not only the cast but also the mixed orchestra of students, Old Collegians and professional musicians who have worked together for weeks on the 230 pages of ‘complex music’ to support the cast on stage.

Meanwhile, props are being gathered, the finishing touches are going on costumes, the set is being prepared and tickets are selling fast – have you got yours?!

This promises to be a fantastic night of offbeat, farcical, cheeky, irreverent and squirmingly, unashamedly hilarious musical theatre!

Wednesday 25 – Saturday 28 March at 7pm in Elliot Hall.
Get your tickets from iTicket today: http://www.iticket.co.nz/events/2015/mar/spamalot 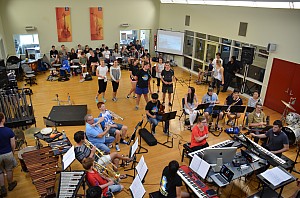 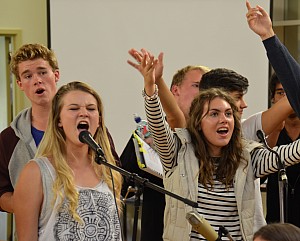 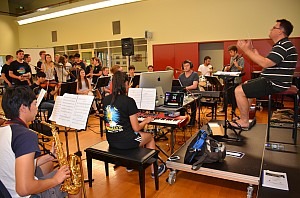