What makes a great gourmet burger? That was the challenge put to the contestants in the final of the SKC Kitchen Rules Gourmet Burger Cook-Off. Do you go for beef, lamb or another mince of meat in the pattie? Perhaps take a gamble and go for a chicken, fish or vegetarian option? Then there's the salad. Do you opt for traditional lettuce and tomato, maybe with the Kiwi favourite beetroot? Or fancy it up with some rocket, mushroom or capsicum? Choice of cheese is important – creamy edam, crumbly cheddar or pungent blue? Do you keep it simple with condiments using the classic combination of tomato sauce and mayonnaise? Or pay homage to the burger's spiritual home with some ranch dressing or smoky barbecue goodness? You'd think the bun would be easy... but no. There's plain top or sesame seeds to consider or you can go out on a limb with ciabatta or brioche. To egg or not to egg? The varieties are endless.

These were the decisions the competitors had to make and then execute to perfection in the white-hot atmosphere of the Jack Paine Centre. The chefs, in teams of two, had qualified for the inaugural final following four intra-house heats. They were given 40 minutes to prepare four individually-plated burgers for our esteemed judges. On the panel of burger experts were Head of College, Mr Cole and Head of Senior School, Mrs Winthrop alongside competition sponsor, Winnie Charlesworth and renowned hospitality industry veteran, Bart Littlejohn, owner of Sails restaurant. As well as being specialist taste-testers, the judges were also assessing originality, visual presentation, technical expertise and the team's timing and organisational skills and hygiene practises.

Unlike the competitors in the plethora of television cooking shows, who appear in a constantly frenzied state, the SKC Kitchen Rules entrants were a picture of composure. All of them had their burgers plated and ready for the judges well within the timeframe, and their cooking benches were kept clean and tidy throughout the cook.

There was a lot of variety in the burgers the teams prepared, borrowing from a number of international cuisines. Jacqueline Chang and Rebecca Roberts (Hamilton) had an Asian-inspired gua bao with hoisin and ginger pulled pork served in a steamed bun. Chalmers' Zac Attwood and Leon Chaplow went for a Mexican theme with spicy mince patties, guacamole, cuitlacoche (corn fungus) and salsa. Alex Southwick and Ryan McEwan from Wishart used a pressure cooker to get their pulled beef tender and succulent before serving with a smoky chipotle slaw in a slider bun. Cargill's Holly Foster and Cameron Biland delivered a venison and blue cheese creation, with rocket and pickled capsicum.

The judges were extremely impressed with the quality of the cooking and final products. After a tough deliberation, Rebecca Roberts and Jacqueline Chang of Hamilton house were declared the winners of the $500 cash prize. Well done girls! 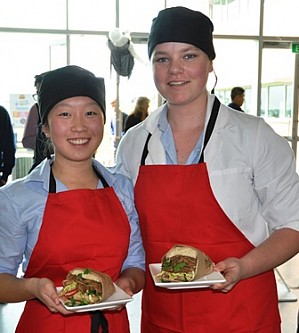 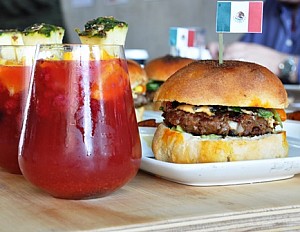 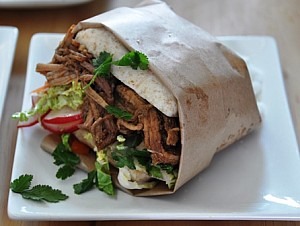 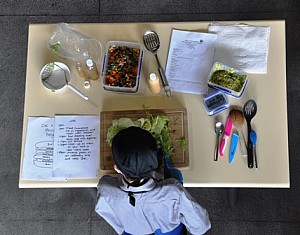