Daydreams can be dangerous
You can lose control
You could wind up on a cloud
Or down a rabbit hole…..

It is now 150 years since English author, Charles Lutwidge Dodgson, under the pen name, Lewis Carroll, first published the tale of a headstrong young girl called Alice, who took on more than she bargained for when she followed a skittish, well-dressed, talking rabbit down a rabbit hole. Landing in a fantasy world of bizarre characters who seemingly talk endless nonsense; the many-layered story has captured the imagination of readers since 1865.

‘A little bit Disney, a little bit Tim Burton movie and a lot of in between,’ this year’s senior drama production of ‘Alice’ was an adaptation for the Saint Kentigern stage by Head of Drama, Ms Emma Bishop. Like Carroll’s original book, the stage production brimmed with chaos, madness and high jinks, as young Alice observed and joined in the unpredictable antics of the Mad Hatter, March Hare,  Dormouse, Cheshire Cats, the Caterpillar, Queen of Hearts and a host of other fantastical creatures, concluding with a frightening showdown between Alice and a Jabberwocky.

As Alice, Year 13 student, Caitlin Houghton remained on stage for almost the entire show and did a sterling job as the often confused but resourceful young girl. The transition from child to adult is never easy and Alice’s travels in this strange land highlighted every child’s frustration - a desire to be older, while retaining the benefits of youth; thinking what adults say is incomprehensible, even though they apparently understand each other; and recognising that what adults say and what they do can be inconsistent. Caitlin captures the role perfectly with a strong performance.

From her first encounter with the harried White Rabbit (Matt Devlin), Alice tries to reason with the creatures she meets for advice and guidance, only to discover that ‘reason’ has no place in Wonderland! In a world overflowing with irrationality and nonsense; it seems that Alice will have to set logic and her matter-of-fact nature aside, and let her imagination steer her onwards.

Her travels do prove a little alarming at times, especially when confronted with a vindictive Queen of Hearts, along with her deck-of-cards entourage, keen to see Alice lose her head! Becky Lane plays the despotic ‘off with her head!’ Queen brilliantly; a commanding presence on stage, clearly relishing her role!

The Mad Hatter (Tom Henderson) and March Hare (Joseph Bradshaw) are both an impressive presence at the nonsensical Mad Hatter’s tea party with its fast-flying illogical dialogue between themselves and Alice – while the narcoleptic Dormouse (Amelia Ayres) completes the guest list. Alice soon discovers that riddles need not have answers, and saying what she means and meaning what she says are not the same thing. The dynamic stage set for this scene was much talked about!

An adaptation of such a well-known tale is reliant on being able to evoke the wonder and playfulness of the original story, recreating the strange world into which Alice tumbles. Both the set and the costumes were fantastic. Without the benefit of movies, Alice’s tumble into the rabbit hole and her subsequent need to shrink and grow became part of the stage and lighting technicalities; all handled convincingly, transporting the audience along with the action. In the final showdown with the Jabberwocky, again the technical crew did a fantastic job building the suspense to Erin Meek taking the dance lead for the character.

The 40 strong cast, as always, was superbly drilled, full of zest and energy as they brought the production to life. Behind the scenes there were just as many in support ensuring that every last detail was covered. Our thanks to Producer and Director, Ms Emma Bishop for her vision, along with her support team of Mrs Jess Acheson (Production Assistant), Mr Glen Mortenson (Technical Manager), Miss Alice Hamilton (Costume Manager), Mr Terry Haffern (Backstage Manager), Mrs Natalie Burridge (Hair and Makeup) and the Art and Technology staff for setting the stage. We also extend our thanks to the many other staff, parents and students who offered their assistance to make this show such a great success.

THE ORIGINS OF ‘ALICE.’

The story of ‘Alice’ has two strands, effectively intertwined: one biographical and one literary. The story began, as every Alice aficionado knows, on a July day in 1862, when the Reverend Charles Lutwidge Dodgson, with his friend Robinson Duckworth, took three little girls, the Liddell sisters (Lorina, Alice and Edith) on a boat trip up the River Thames to Godstowe, two and a half miles north-west of Oxford. Here the party disembarked and ate a picnic tea, while Dodgson, in his Lewis Carroll persona, entertained the others with the bare bones of a wonder tale about a bored little girl called Alice who goes looking for adventure. Alice Liddell, age 10 at the time, asked Dodgson to write it down for her. On 26 November 1864, he gave Alice the handwritten manuscript of ‘Alice's Adventures Under Ground,’ with illustrations by Dodgson himself, dedicating it as ‘A Christmas Gift to a Dear Child in Memory of a Summer's Day.’ This was the start of a tale that was destined to take the world of children’s literature by storm. Childhood reading would never be the same again. 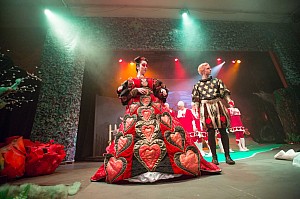 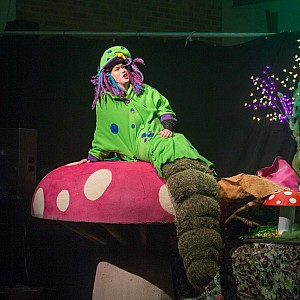 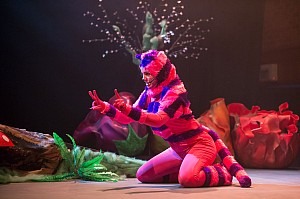 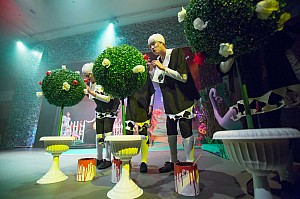 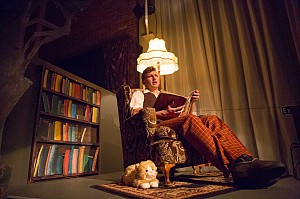 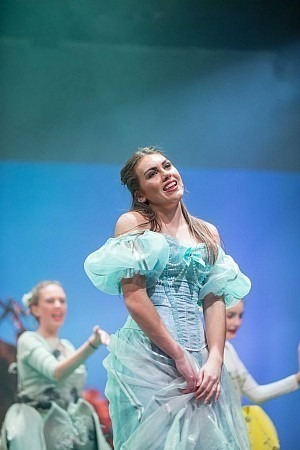 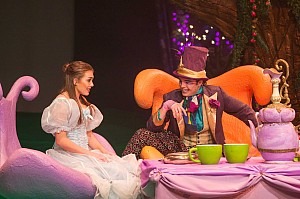