With the 32nd Summer Olympics in full swing in Tokyo, there is currently great excitement amongst the Years 4-6 at the Girls’ School as they prepare for their own Olympics next week…with a bit of twist – just watch this space!

In readiness for a week of ‘sporting events’ to come, the Middle School girls welcomed Olympic Ambassador, Anna Willcox, Olympian number 1245, to speak to them.

Now a Sky TV reporter, Anna was a top skier, specialising in slopestyle. At an early age, she travelled the world circuit and was excited to be selected to compete in the 2014 Olympics in Sochi, Russia, especially as this was the first time that slopestyle would be featured. She finished in 14th place at these games and set her sights firmly on the 2016 Olympics.

But sadly, 2016 would be a year she would never forget. Having worked to become one of the best slopestyle skiers in the world, her hopes came crashing down when an accident left her concussed and a second training accident resulted in two broken vertebrae. Whilst her back mended, the concussion left lingering difficulties and she had to give up a sport she loved.

As an NZOC Olympic Ambassador, she loves visiting schools to tell her unique story to students, inspiring them to be brave, try new things and live by the Olympic Values of Friendship, Respect and Excellence. She shared insights into living in an Olympic Village and being part of the events with many great photos and film clips.

One thing she emphasised to the girls is that talent is not enough to succeed in sport; the ability to control your nerves plays a huge part. She said not to be afraid of making mistakes as FAIL is short for ‘First Attempt in Learning.’

Anna also explained that when she prepared to compete she is always slightly envious of swimmers, trampolinists and table tennis players with their small kit bags – for in contrast, she has to carry in excess of 25kgs of gear!

Our girls really enjoyed hearing from Anna as they prepare their own athletes to perform next week…a wee hint, it will be called ‘The Potato Olympics!’ 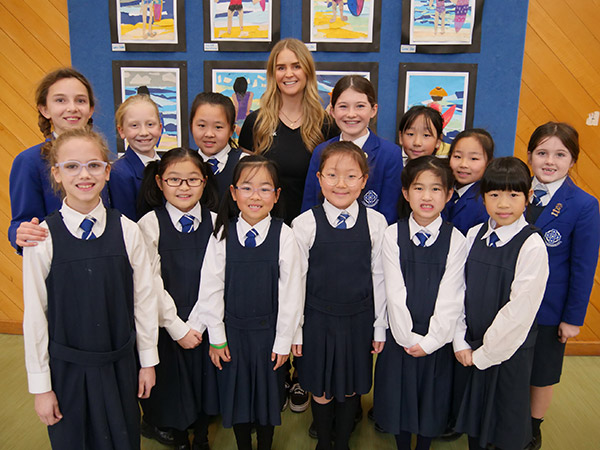 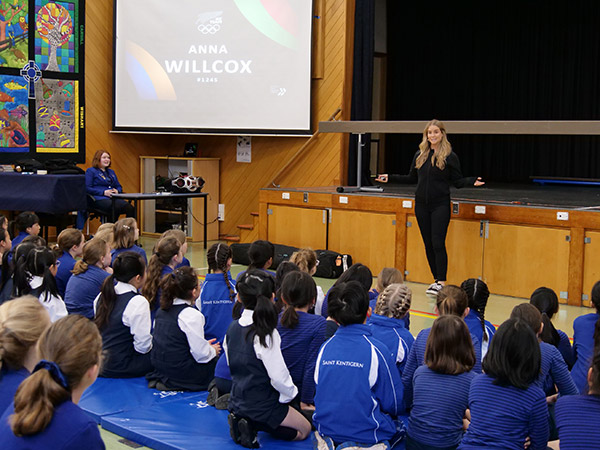 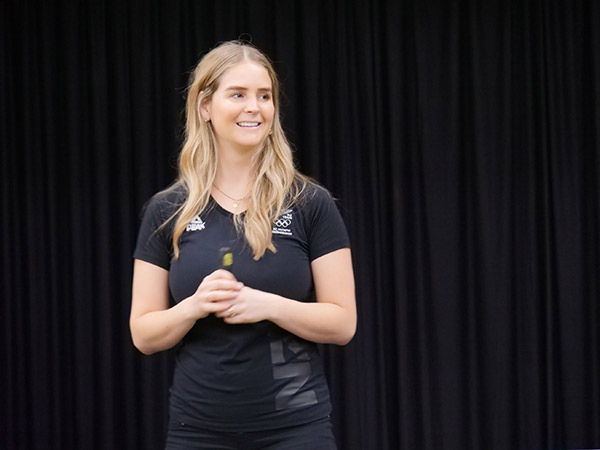 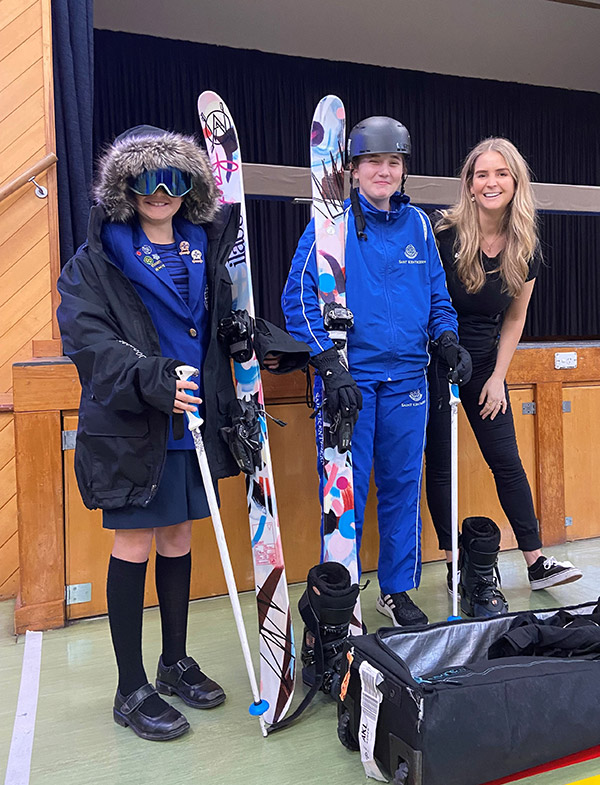 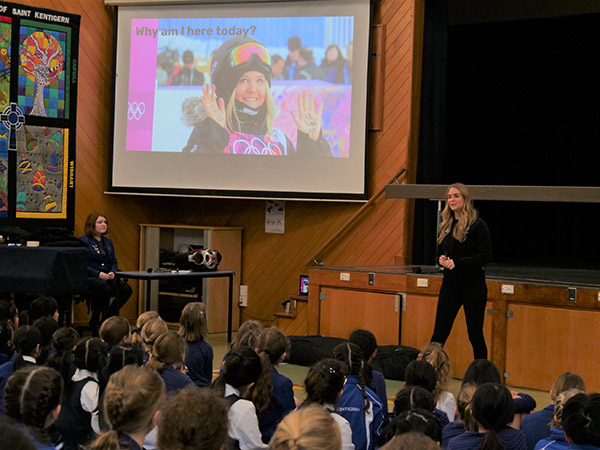