Public speaking is often described as people’s greatest fear but that certainly wasn’t the case for the finalists at the Girls’ School Speech Competition yesterday morning. The school hall was a hive of eager anticipation as the contestants waited to take the stage in front of the whole school and supportive parents. In Speech and Drama classes, the girls have spent recent weeks investigating and writing about their topic then rehearsing and delivering their speeches. The top orators from each year level then progressed to the final.

We were fortunate to have Mrs Anna Coleman return as the judge of the Year 4 to 8 students. An experienced adjudicator, Mrs Coleman is passionate about oral language, both how to teach it and how to build children’s confidence around using it. She is a Speech New Zealand Oral Assessor and has worked at King’s School for the past eight years.

The morning began with the chosen girls from Years 1 to 3 who had an opportunity to display and refine their public speaking skills. The Year 1 pupils spoke about their families, telling the audience about relatives who live around New Zealand and the world, family holidays, the activities they do with their parents, and their various pets. Those from Year 2 retold stories from the Bible, including Daniel and the Lion’s Den and Noah’s Ark. Complete with actions, they dramatically conveyed the narrative and moral of each story. The topic for the Year 3 students was ‘Something I have created.’ They spoke in detail about the processes behind the formation of their sculptures and paintings. What made all of the speeches even more impressive was none of them had notes!

Year 4 kicked off the competitive section with speeches on a chosen skill or activity. Xarya Knox was named the winner for her information-packed speech about the violin, including its history, construction and famous players. Mary Stanfield was awarded first place in Year 5 for her blow-by-blow account of snorkelling in Tahiti, under the topic of a personal experience or event. She truly transported the audience under the water and up close to eagle rays and sharks! The Year 6 category speaking about an aspect of ICT was very competitive. The students delved deep into their imaginations to forecast what the future of technology will bring. Alexandra McOmish was the winner for her evaluation of the pros – such as fast access to vast amounts of information – and cons – like cyber-bullying – of the proliferation of technology.

Persuasive speech was the topic for the Senior School students, who all provided fervent arguments for their topic. J’adore Harris-Tavita was the Year 7 winner for her passionate claim for why New Zealand should change its flag. Year 8 winner, Zara Smith, used comedy, academic studies and personal anecdotes to support her case for why men should watch less sport on television.

Mrs Coleman said all of the speakers displayed confidence and self-assurance. She praised the school for having Speech and Drama as part of its curriculum and said the way the students spoke slowly and clearly and connected with the audience was a credit to teacher, Mrs Judy Norton. The lack of nerves and confident stage presence made her job to decide the winners very tricky! 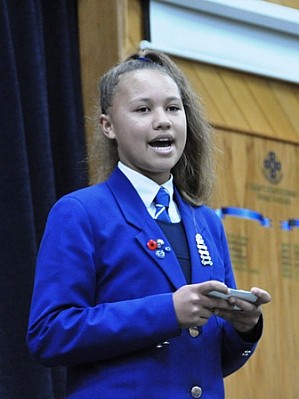 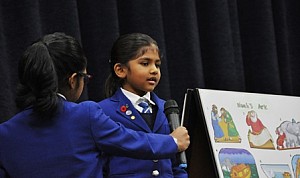 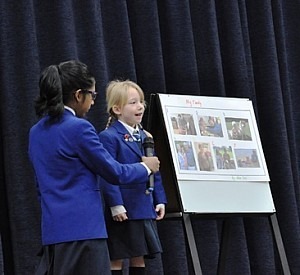 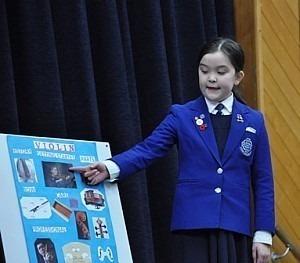 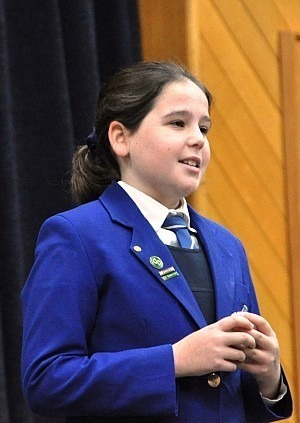 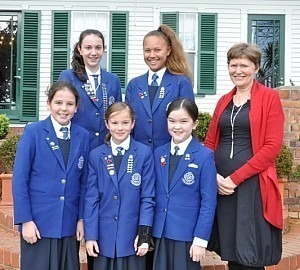