As the school year came to an end, students, their families, guests, and teachers filled the JC Chalmers Hall at the Boys’ School for the annual Girls’ School Prizegiving. The morning was a time to reflect and congratulate the students on their academic, sporting and cultural success.

College Piper, Fayth Doherty, the first Girls’ School student to take up the pipes, led staff and invited guests into the ceremony before, Principal, Ms Juliet Small officially welcomed everyone. Chairman of the Trust Board, Dr John Kernohan spoke about the role that the Trust Board plays and congratulated the girls on how far they have come this year while Head of Saint Kentigern, Mr David Hodge gave thanks to staff, students and parents for a great year.

In her address, Ms Small spoke about the year in review and the great achievements the girls have made this year, and the excitement that next year will bring with the introduction of further new world-class technology for the STEAM programme.

Several Special Awards were presented Ms Small to students who have shown outstanding results, resilience, service and initiative throughout the year. Year 6 student, Charlotte Massey and Year 8 student, Brooke Murdoch were awarded the Remuera Lion’s Citizenship Award, Grace Gilbert received the Gaudeamus Cup, and a Gold Service Award, alongside Tiffany Thompson. Danielle Levy received the Lightfoot Cup, Rosa Willis was given the Preschool Cup, and Xarya Knox was awarded the Junior School Cup. Amy Skidmore was given the Roberts Trophy, Zoe Wong was awarded the Dr Sandra K Hastie Cup. To finish the awards ceremony, Amelia Paris was named Proxime Accessit and Katherine Thibaud was named Dux of the School.

Miabella and Katherine gave thanks and reminded the younger students to ‘spread their wings’ and to stay true to their values and look after each other. To finish the morning, the Performers’ Choir sang the blessing.

DUX
KATHERINE THIBAUD
Having entered the School as a Year 7 student in 2017, Kate has had an eagerness to learn and do well in all areas of learning. Over two years, Kate has demonstrated her passion for academic study and has maintained a mature outlook to her learning. She excels in English and has a talent for not only narrative writing but also speech making.

With her enquiring and methodical mind, she also won the ‘Human Behaviour’ category in the Science Fair. Kate was invited to attend the Royal Academy Science Fair in Auckland and was the only Year 8 Primary student to be asked to present her project. Kate has made the most of every opportunity she has been given whether that be academic, in the sporting arena, in leadership, or in service to others.

PROXIME ACCESSIT
AMELIA PARIS
Millie joined the Saint Kentigern community in Year 7 2017, and has shown determination and ambition to achieve, especially in the academic arena. With her quirky sense of humour and enquiring mind, Millie demonstrates a maturity in written language and won the Year 7 Poetry Competition last year. She enjoys sport and was involved in netball, and in 2017 was part of the Soap Box Race team as the reserve driver and was an integral member of the pit crew that competed in the Regional Competition and went on to win Nationals. Over her time at the Girls’ School, Millie has enjoyed participating in the choir and attended private speech lessons.

SPORTSWOMAN OF THE YEAR
ALEXANDRA CAMPION
Alex has had a successful year in swimming, achieving multiple places in regional and national competitions, and gaining top national rankings. Alex also competed at AIMS in Tauranga winning seven medals in the three day national competition. Alex also competed in cycling, triathlons and aquathons and within a few short months, she became the U13 cycling and triathlon champion. She also competed in the Year 7/8 Cycling Time Trial Team at the North Island Championships placing 2nd and was also placed 3rd in the Under 13 NZ champs for the Aquathon.

This outstanding competitor is the Girls’ School champion in three codes: Swimming, Athletics and Cross Country. Alex has also represented the school in netball, touch rugby, cross country, athletics and swimming at South Eastern zone, and interzone level.  She achieved Most Valuable Player Award for netball in the Year 7 A team and was selected for the Touch rugby Counties Manukau U14 Elite team. 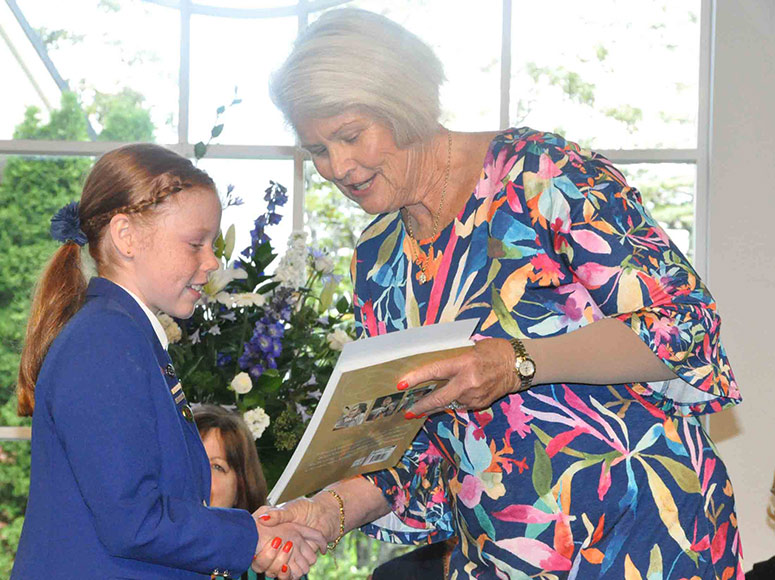 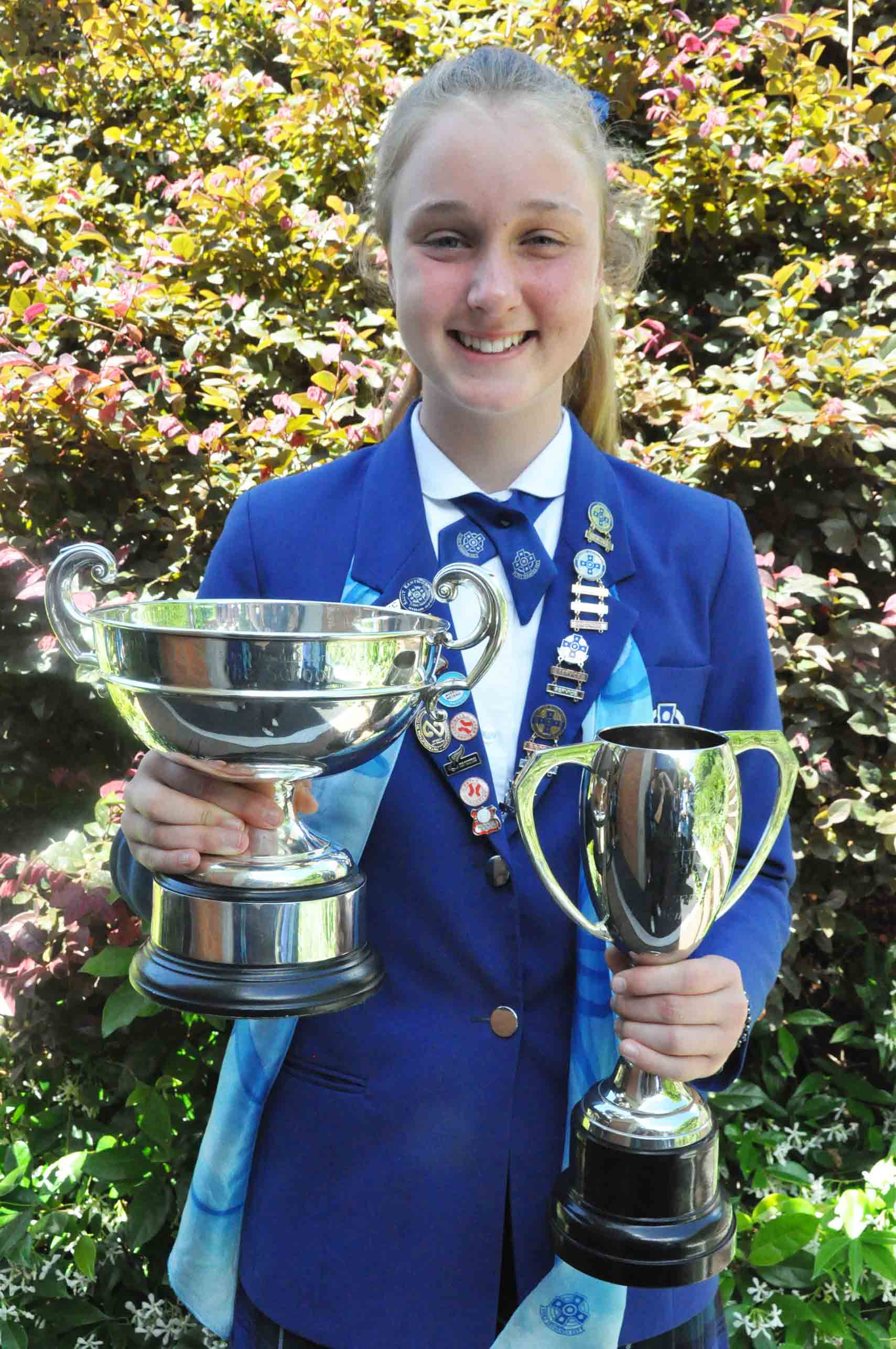 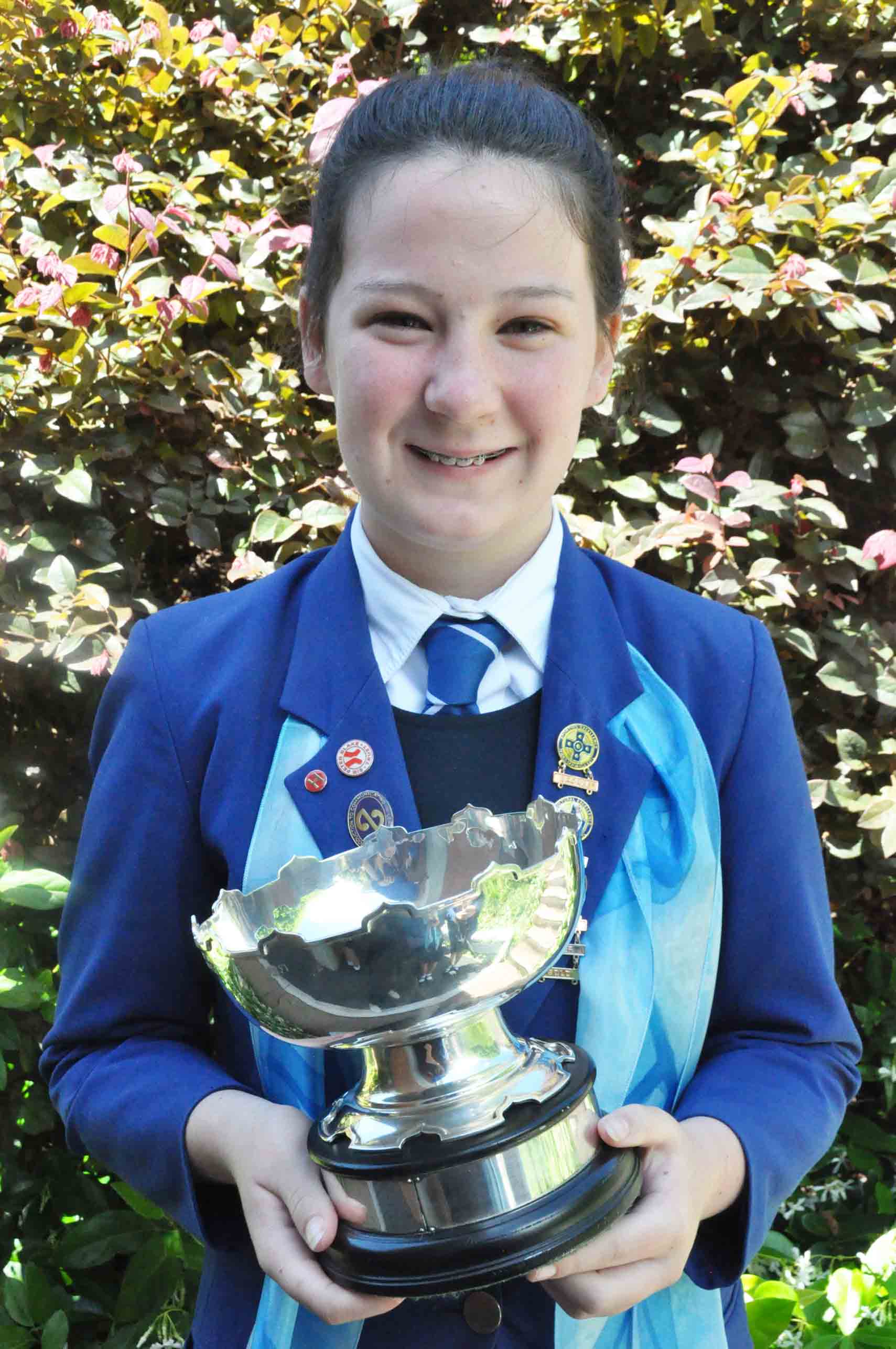 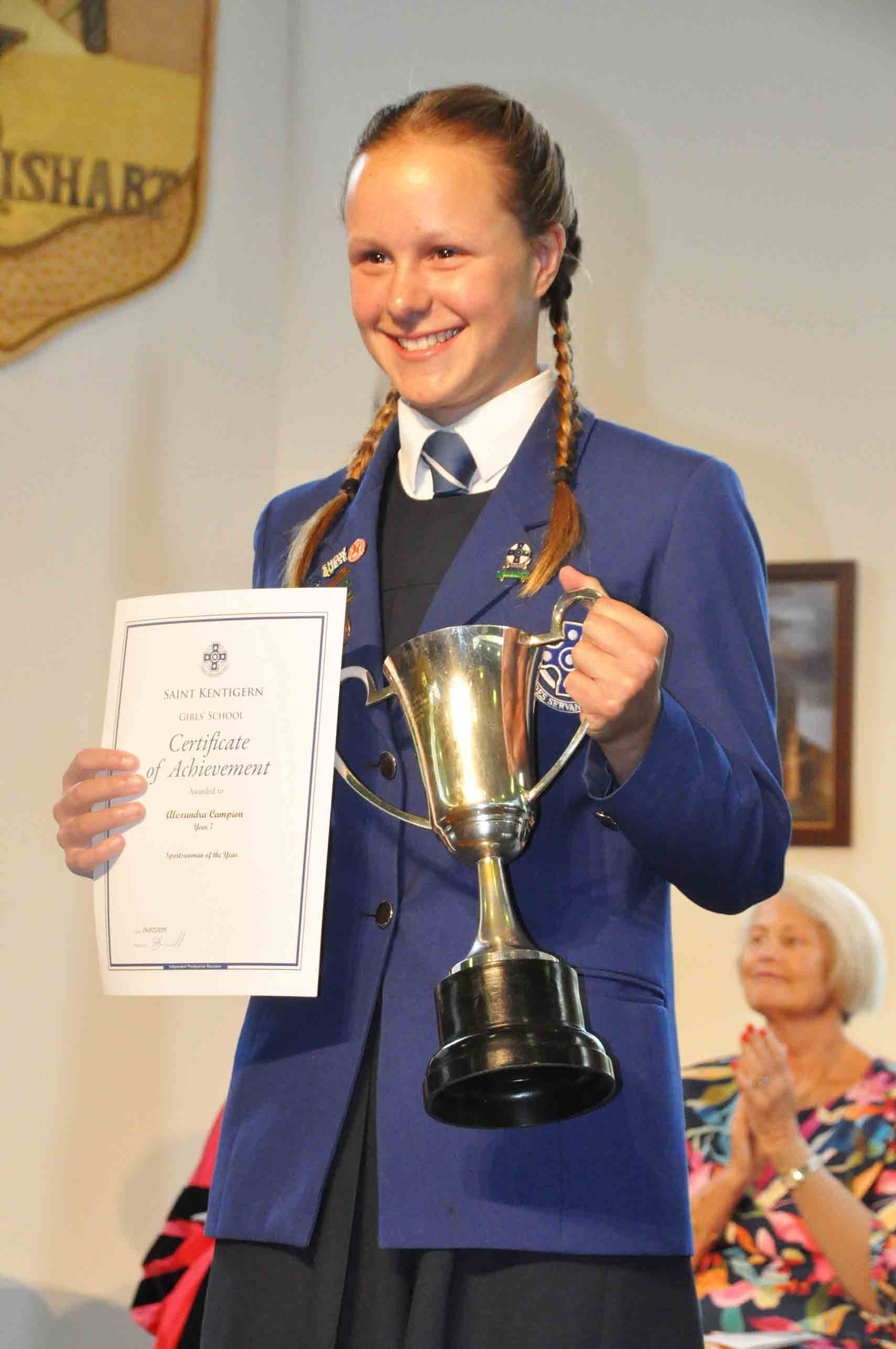