In her opening address, Saint Kentigern Trust Board Deputy Chair, Kelly Smith commended the girls on obtaining the highest level of achievements in what has been a difficult year. She gave credit to the Girls’ School staff and Principal, Ms Juliet Small for all their dedication and commitment and thanked them for their hard work in adapting and running a successful distance learning programme during lockdown. She finished by encouraging all students, staff, and parents to look at 2020 as a year to be thankful for and focus on the things that have gone right, not wrong.

Ms Small set a relaxed and personal tone for the evening, thanking the girls, staff and parents for their resilience and perseverance. She reminded the girls how strong they really are stating this year proved they can achieve anything they wish to despite whatever challenges they face. She encouraged the girls to dream big and left them with the quote from Paul Brandt, ‘Don’t tell me the sky’s the limit when there are footprints on the moon.’

Before handing their leadership roles over to 2021 Head Girl, Charlotte Lee and Deputy Head, Catherine Fowler, current Head Girl Mikayla Chung and Deputy Head Girl Sophie Yan gave their final valedictory speech. Both girls thanked their peers, teachers, parents and Ms Small for making their time at the Girls’ School so enjoyable and wished the girls all the best next year and with their future endeavours, encouraging them to continue to practise the Saint Kentigern Values of Respect, Integrity, Excellence, Service and Love. 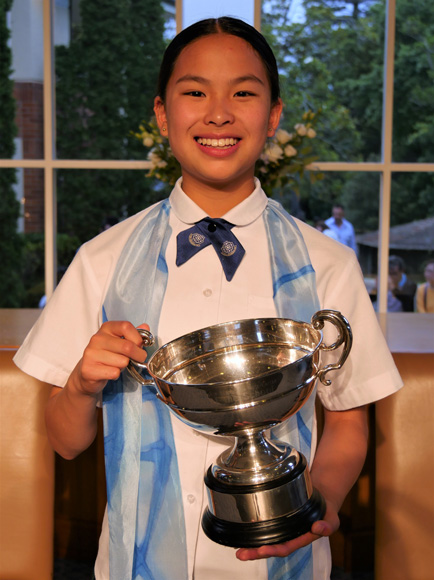 Since beginning life at Saint Kentigern Girls’ School last year, Mikayla has demonstrated many fine attributes, including a confident growth mindset and a genuine love of learning.
She takes pride in all she does, and this extends to her academic studies, where she consistently produces and completes work to a very high standard in all subject areas.
Her strength is the ability to persevere and demonstrate resilience in her learning.
She is studious, a critical thinker, collaborative and has enjoyed the academic challenges of year 8. 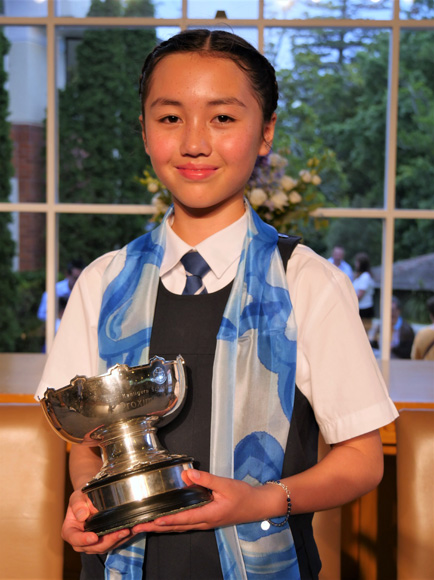 Anastasia has been part of the Saint Kentigern community since 2019 and joined as a Year 7 student.
She is an independent and a conscientious student with an enquiring mind and a thirst for knowledge. Her ability to act on feedback given, has seen her produce some outstanding work.
Anastasia demonstrates a flair in English, Mathematics and Science, where she has excelled and seen much success. Her diligent attitude saw her place 3rd in the Regional Science Fair, for her Science Investigation on Memory Mania, researching how humans maintain memory.

SPORTSWOMAN OF THE YEAR
Sienna Moyle Sienna has proven to be a very talented athlete. She not only won both the 100m and 200m finals in the South Eastern Zone competition but set a record in the 200m. She then went on to blitz the field in the Interzone Athletics Competition in both the 100 and 200m.
Sienna has been named as the fastest 12-year-old girl in both the 100m and 200m events in New Zealand, which is an outstanding achievement. She was runner up in the 2020 Cross Country race and also a member of the winning South Eastern Zone Touch Rugby team. Sienna is an athlete of the future and the Girls’ School is proud to announce her as the 2020 Sportswoman of the year. 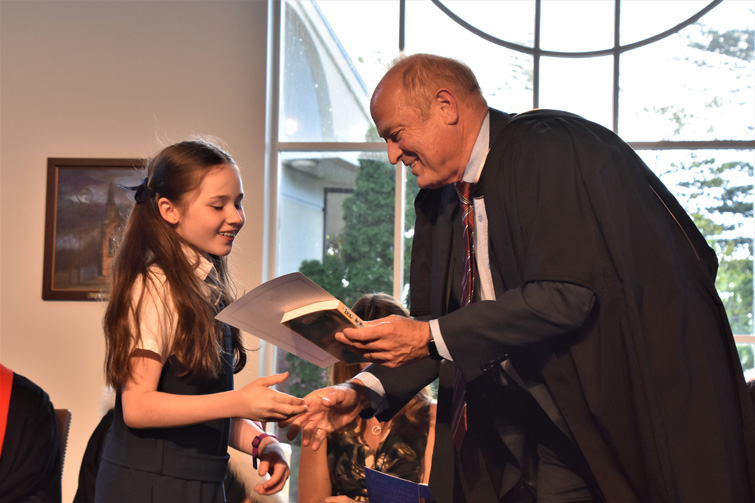 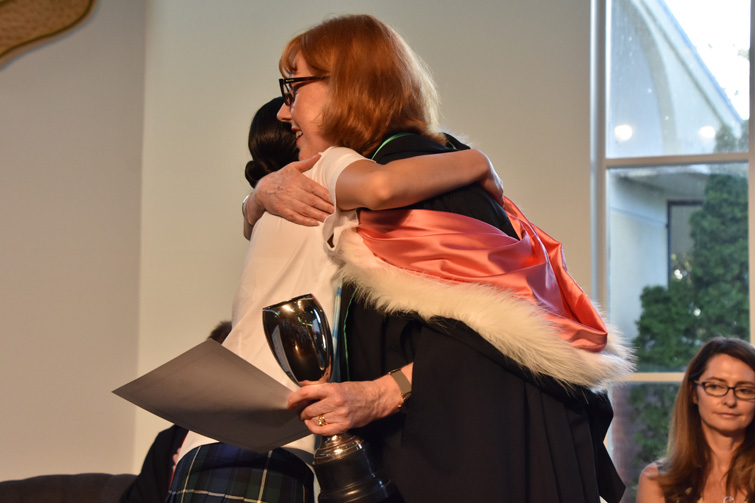 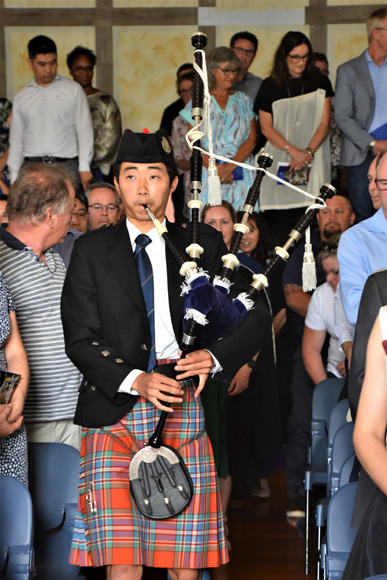 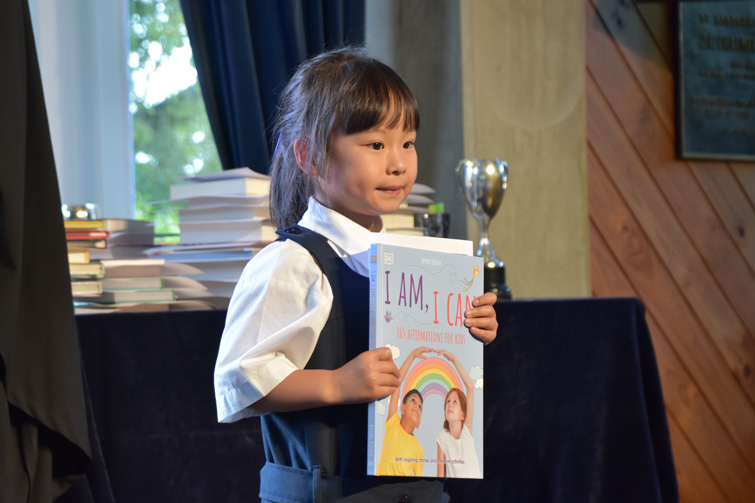 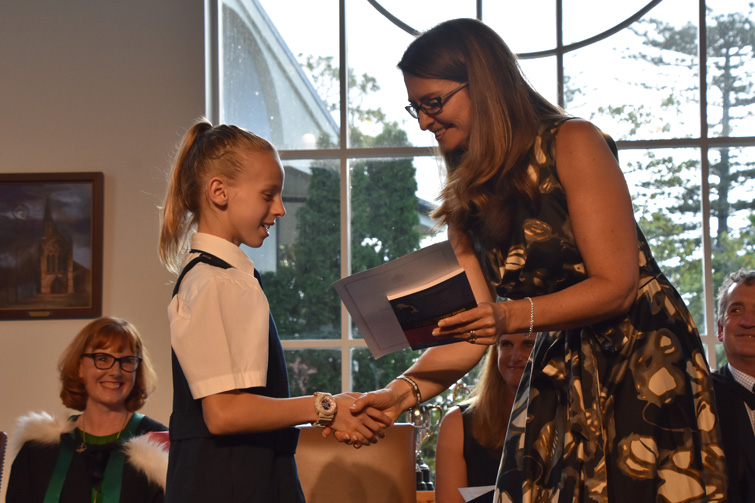 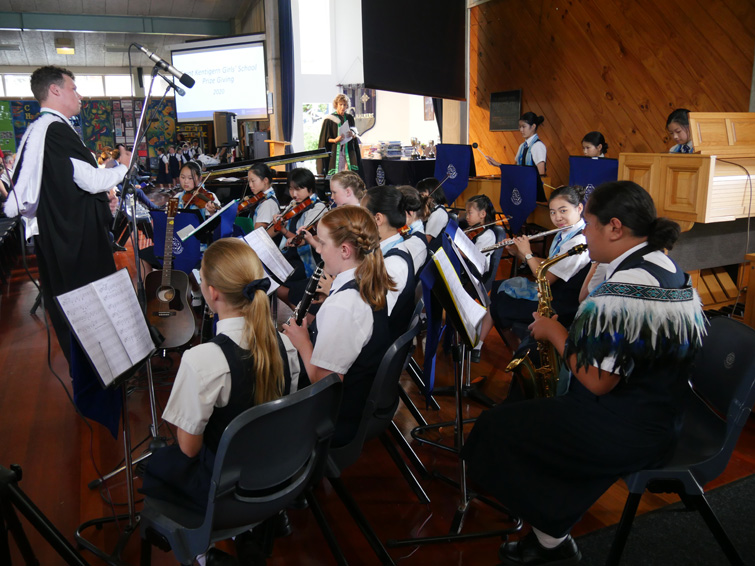