This morning, at a very special chapel service, the Girls’ School Prefect Team for 2017 was commissioned and was attended by proud parents and invited guests. It was a particularly proud moment for newly elected Head Girl, Lola Wiltshire, Deputy Head Girl, Zoe White and their families.

At the commissioning service, Principal, Ms Juliet Small welcomed the Principal of Senior College, Mrs Suzanne Winthrop, who introduced this year’s College Head Girl, Isabella Denholm to address the girls. Isabella spoke to the girls about what it really means to be a leader, why a strong team is always important to the success of any school and the biggest challenge for school leaders is getting other students involved.

Isabella quoted writer, Steven Covey, ‘What you do has far greater impact than what you say.’ She said, ‘Actions speak louder than words. Being a leader is not about simply saying something and then expecting other people to do it all. It’s about me or in your case – you, being involved personally, rolling up our sleeves when we need to and getting stuck in.’

Ms Small called upon Lola to join her on stage to accept her duties as the 2017 Head Girl followed by Deputy Head Girl, Zoe. Ms Small asked all the 2017 Prefects ‘whether they promise to uphold the values and standards of Saint Kentigern School and to serve its students, teachers and parents to the best of your ability and for the glory of God’. Each new leader then signed the Prefect Book and received their badges. 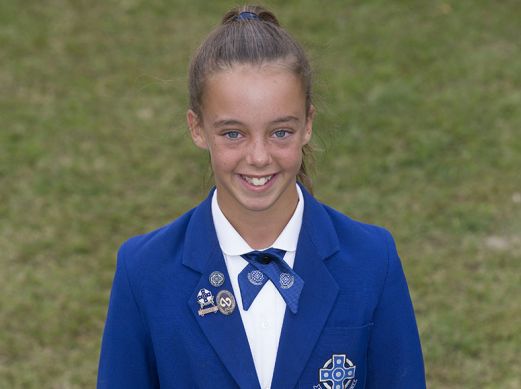 Lola joined Saint Kentigern Girls’ School at the beginning of 2016 as the recipient of the Margaret Lamb Performing Arts Scholarship, and quickly became part of the school community through her involvement in a wide range of activities with specific interests in the Arts and in Sport. Lola was proud of winning the Year 7 speech competition and is highly committed to her dance interests.

Currently she takes jazz, ballet and contemporary dance classes and has danced with her troupe in Los Angeles. A big dream for her is to be accepted to a University overseas. Lola is well respected by the school community, understands the values of Saint Kentigern and is excited about this important role she is undertaking; appreciating that she will be responsible for making sure that the leadership team work together and is inclusive of all others. 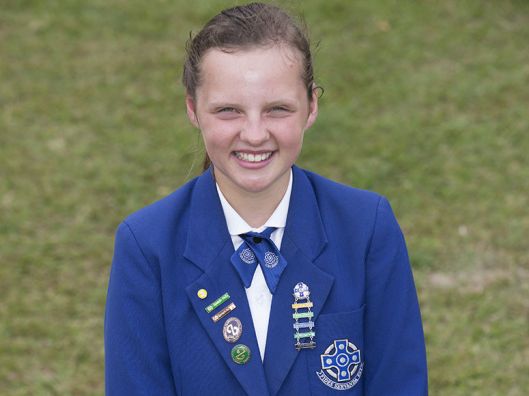 Zoe started at the Girls’ School when she was a Year 5 student and quickly became involved in a range of school activities. She demonstrated that she understood the values of Saint Kentigern and remains committed to making sure that students are supported at school.

Drama and the arts are of special importance to her and she has especially shone in acting. Zoe has been successful in her speech exams and intends to continue this year with her grade examinations. At the 2016 end of year prize giving, she was awarded the prize for exceptional achievement in Speech and Drama. Zoe also won the Year 7 prize for diligence and she was placed first in Social Science in Year 7. Going forward, Zoe would like to apply for a scholarship in performing arts. She has ambitions to run her own business and perhaps be in a movie one day. 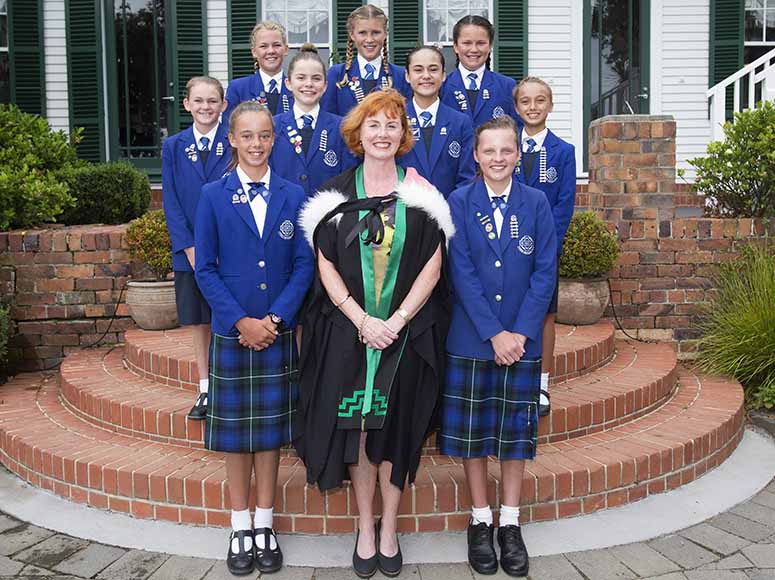 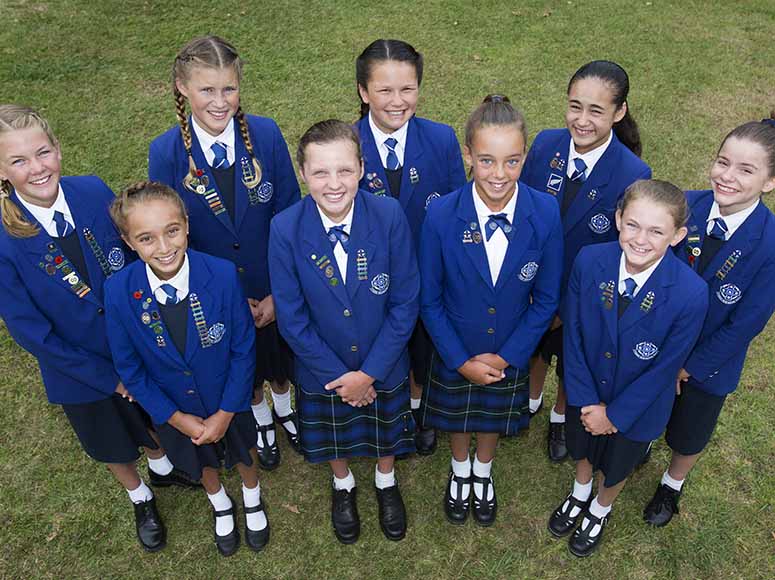 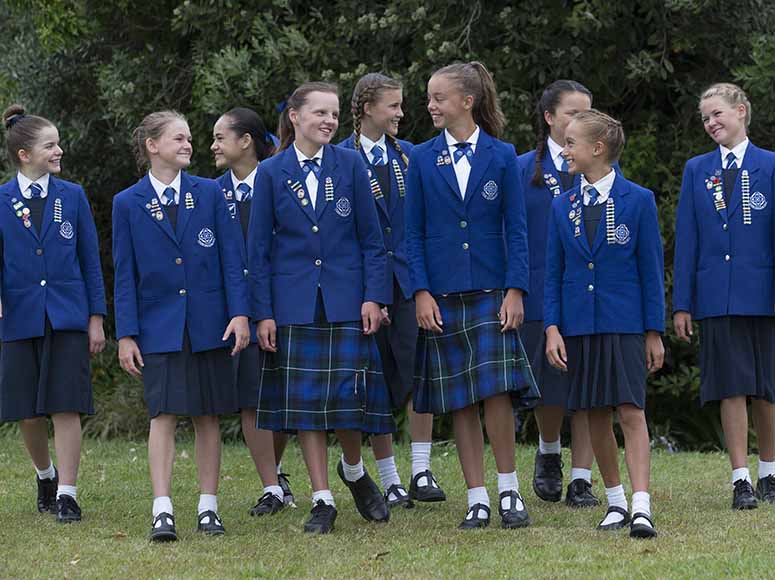 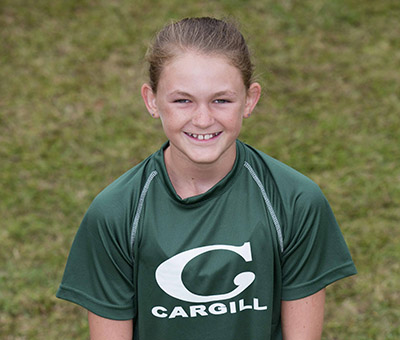 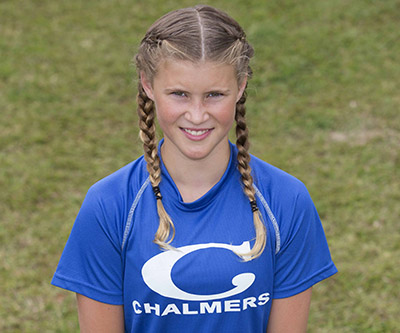 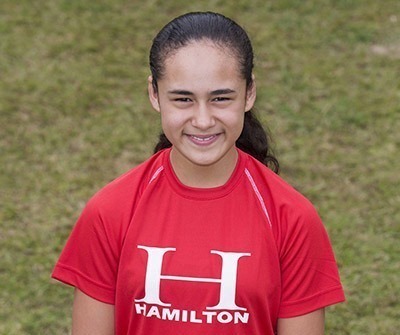 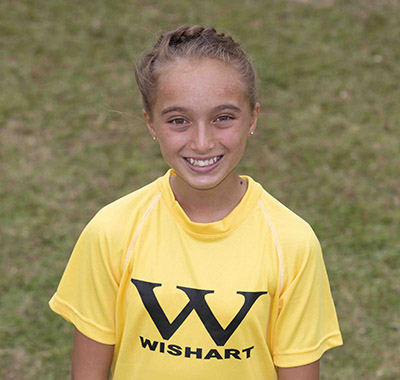