It was a proud moment for our Year 8 girls and their families when they gathered at Somervell Church, early in Term 1, for the commissioning of the Year 8 Leadership Team for 2013. It was a particularly proud moment for new Head Girl, Anna Lowther and the Deputy Head Girl, Natalya Trombitas, two young women who thoroughly deserve their selection to these prestigious roles.

At the Commissioning Service, the School welcomed Mrs Suzanne Winthrop, Deputy Head of Saint Kentigern College and Sharnika Leleni, the newly elected Head Girl of the College for 2013. Sharnika told the girls that she felt ‘humbled and privileged’ to have been given this important role at the College. In preparing for the position, she said she had looked at those people in her life that had inspired her and cited Mrs Winthrop’s leadership qualities as among those she aspired to. She said, ‘Mrs Winthrop’s organisational skills, sense of fairness and depth of caring had been evident since I started at the College so I decided that these really important qualities would be the basis of how I carried out my duties this year.’ She urged this year’s team of leaders above all to ‘remain true to yourself.  Make sure that you are the person you want to be and stand up for what you believe in.’

Anna and Natalya will now introduce their Leadership Team for 2013.  I thank them for the effort that that have put into writing each personal citation for the girls and I hope that you enjoy learning a little bit more about our senior girls who have already made a significant contribution to their school.

One by one the new leaders as Anna and Natalya introduced them with a personal citation about each of the girls who have already made a significant contribution to their School.  Mrs Hastie read the Pledge, asking them  to serve Saint Kentigern Girls’ School to the best of their ability; at all times demonstrating a sense of pride in all they do; and with a sense of care and friendship for all the girls and staff. Each signed the Leadership book in acknowledgement of the pledge. Mrs Hastie told them that she looked forward to all that they would bring to the School in their leadership roles this year.

Anna is excited about being Head Girl and serving the School.  One of her personal goals is to know every student’s name and to be a great Big Sister.  Anna is a talented swimmer who currently holds the fastest time in New Zealand for a 12 year old girl in the 100m breastroke and the 2nd fastest in the 200m. This speaks volumes about the commitment and perseverance that Anna puts into her training to be able to achieve at this high level.  In her future she would like to go overseas and help the less fortunate in poor countries.  Her future ambitions are to get a medical degree to become a Doctor.  Anna has proven herself as a student who lives the core values of our School and will make an outstanding Head Girl.

This is Natalya’s eighth year in the School and during those years she has developed from a shy young girl into a poised young woman who lives by the School’s values. Especially evident is her kindness and thoughtfulness of all with whom she has contact, as well as the careful consideration she gives to the feelings of others. She is a gifted sportswoman excelling as a rhythmic gymnast- a sport which has taken her around New Zealand and overseas. It is a dream of hers to compete at the Commonwealth and Olympic Games and Natalya would understand the commitment required to reach that level. As Deputy Head Girl, Natalya will display loyalty, integrity, honesty and respect and will work hard to meet the challenges of the position. 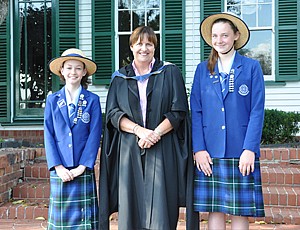 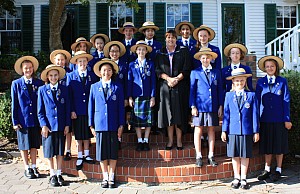 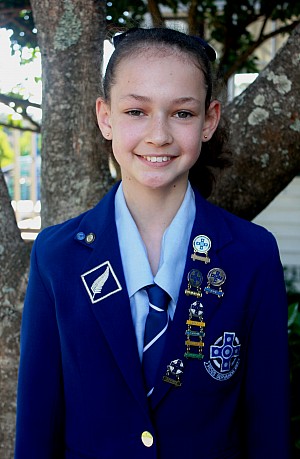 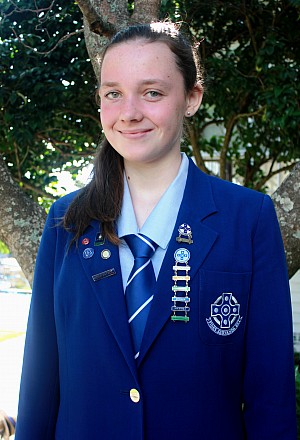