In the tradition of an old fashioned, formal high tea from the finest establishments of yesteryear, Saint Kentigern Girls’ School held their annual Mother- Daughter High Tea at the Guineas Ballroom in the Ellerslie Event Centre last week. Such is the popularity of this event, tickets sold at lightning speed! Mothers, grandmothers, friends and sisters joined the students for an afternoon of fine company and fine refreshments.

As guests were shown to their tables, the Allura Quartet played in the background. This is an outstanding ensemble of female musicians who feature prominently in the New Zealand music scene. Sarah McCracken, Miyo Yoon, Iselta Allison and Siobhan Gerritsen (wife of College Head of Music, Ross Gerritsen) have played with the New Zealand Symphony Orchestra, the Auckland Philharmonia, Bach Musica and the Auckland Chamber Orchestra. We thank Charlotte Ray’s family (Year 2) for arranging the opportunity for our girls to hear a professional chamber group of this calibre.

Principal, Dr Sandra Hastie welcomed the guests, acknowledging mothers for all the work they do that often goes unnoticed – the meals, the taxi service, the fixing of ‘things,’ and most importantly, the unconditional support and love they give to their children.

Head Girl, Moiralisa Ainu’u Aneru, offered a grace giving thanks for the food and for mothers in particular. The tables were laid out with a wonderful array of food that was thoroughly appreciated by all. This was definitely an afternoon to set aside any notion of weight watching as young and old tucked into the dainty fare on offer.

It was not only the girls and their family members who enjoyed the occasion. Invited guests of Mrs Hastie included Mrs Rosemary Harris and Dr Vivian Adair from the Trust Board; Mrs Mary-Anne Goodfellow, wife of the Chairman of the Trust Board and Mrs Suzanne Winthrop, Deputy Head at the College.  All concurred that it was a pleasure to be invited to an afternoon where laughter and good conversation could be enjoyed over afternoon tea.

We offer our grateful thanks to the many parents who worked so hard to make it such a special event, in particular, the organising committee led by Mrs Barbara Chin and assisted by Aiko and Alistair Stewart, Henry Ray, Kim Gear, Sharon Bluck and Jennifer Duncan.

AFTERNOON TEA OR HIGH TEA?
Tea consumption increased dramatically during the early nineteenth century and it is around this time that Anna, the 7th Duchess of Bedford is said to have complained of ‘having that sinking feeling’ during the late afternoon. In those days, it was usual for people to take only two main meals a day - breakfast and dinner at around 8 o'clock in the evening. The solution for the Duchess was a pot of tea and a light snack, taken privately during the afternoon.

Later, friends were invited to join her in her rooms at  Woburn Abbey and this summer practice of afternoon tea proved so popular that the Duchess continued it when she returned to London, sending cards to her friends asking them to join her for ‘tea and a walking the fields.’

Other social hostesses quickly picked up on the idea and before long, all of fashionable society was sipping tea and nibbling sandwiches in the middle of the afternoon – a mini meal to bridge the gap until the evening meal.

A possible explanation why this type of meal was called high tea is the fact that it was eaten at a table. In comparison, afternoon tea was taken whilst seating in low, comfortable chairs or sofas. The upper classes developed their own variation of 'high tea'. It was a meal that could be eaten when their servants were away or not available, so it was easy to prepare.

Today, many hotels and restaurants have coined the name High Tea for an afternoon sitting for tea, sandwiches and cake, generally served on fine bone china. 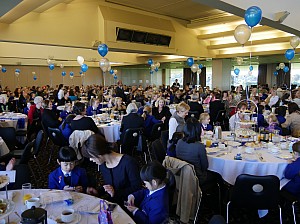 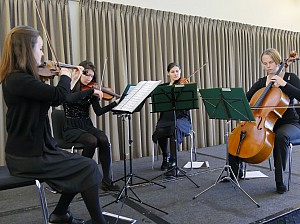 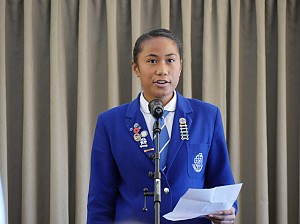 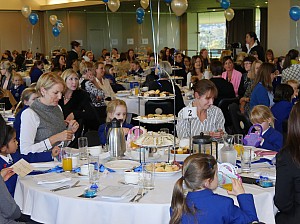 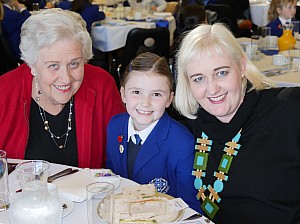 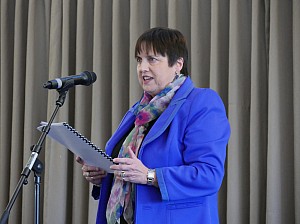