After her first Flora MacDonald Day last year, Girls’ School Principal, Ms Juliet Small felt a need to research her own Scottish ancestry. Like the Saint Kentigern community’s strong ties to Scotland, Miss Small discovered that she too can trace her roots back to the far side of the world. Her great grandfather, William Baird, was the first of the Baird clan to be born in Invercargill, after his parents sailed to New Zealand in 1862 from Scotland. Also, on Ms Small’s paternal side, her Irish ancestors from Galway, Ireland crossed the water to fight in support of the McMurray clan in Scotland.

No matter how tenuous the link, many of us feel a deep sense of pride in the connections we have to Scotland; so cheerfully celebrated by the Girls’ School at their annual Flora MacDonald Day.

The Saint Kentigern Pipes and Drums are a feature of many Saint Kentigern events and today was no different as they led the parade, with Fayth Doherty among their number, a former Girls’ School student. Following on were invited guests including Chairman of Trust Board, Dr Bruce Goodfellow, with fellow Trust Board members, and Head of Senior College Mrs Suzanne Winthrop along with College Head Girl, Isabella Denholm. The clans of Glasgow, Kirkcaldy, Inverness, Roxburgh, Dundee, Stirling, Argyll and Skye, dressed in an array of colourful tartan, followed on behind with the final group in the parade, our 3 and 4 year old girls from the Preschool marching in rhythm.

As everyone made their way into the hall for the official ceremony, Ms Small welcomed one and all, explaining that the purpose of the day is to celebrate our Scottish Heritage with a female flavour and naturally a Scottish heroine – Flora MacDonald.

Flora MacDonald was chosen as a strong namesake for the Girls’ School day of celebration for her act of bravery when she risked her life in June 1746, to 'smuggle' Prince Charles Edward Stewart, better known as Bonnie Prince Charlie or the Young Pretender, over the sea to the Isle of Skye. As a claimant to the British throne, Charles was determined to take the Royal throne of England but his army was brutally defeated by the Royal Troops of George II at the Battle of Culloden in 1746. With a £30,000 bounty on his head, many Highlanders took great risks to keep his whereabouts hidden but it was Flora who took the ultimate risk to take Charles, disguised as an Irish servant girl named Betty Burke, by boat to Skye from where he escaped back to France. As punishment, Flora was imprisoned in the Tower of London for a year and never saw Charles again. It was because of her immense courage, that Flora was chosen for the day of celebration.

Ms Small then welcomed the School Orchestra who gave their first performance of the year with a traditional Scottish Folksong and to the surprise of our guests, Ms Small joined the orchestra to support the girls, playing her violin.

Piper, Fayth was invited to the stage to demonstrate her skill on the bagpipes – and show how far she has come since she and Kate Pennycuik were the first students at the Girls’ School to learn how to play the chanter, both eventually progressing to a full set of pipes. Both Fayth and Kate will be travelling overseas with the Saint Kentigern Pipes and Drums in July when they take part in the Basel Military Tattoo, in Switzerland.

Ms Small said, ‘We also have girls here at school who are learning the chanter. It would be ideal to have a couple of new learner pipers at the Girls’ School – particularly for our formal occasions, the prize giving and Chapel services.  It’s an especially good opportunity for girls moving through to the College.  So, the challenge is out!’

With the formalities over, the guests were invited for morning tea of shortbread, whilst the girls prepared themselves for a day of activities. The girls made their way around to each activity, conquering the inflatable obstacle course on the back field, racing down the soapy water slide and testing their balance in the aqua-orbs in the pool. The girls also enjoyed Scottish country dance, made soap in the science lab and learnt how to weave Celtic knots. In another link to Scotland, the girls learnt about Alexander Bell’s invention of the telephone and went on to make cup and string phones, discovering if they pulled the string tight, they could hear each other’s commands ‘down the line.’ The smell wafting out of the cooking room was divine, with the girls making oat pancakes, covered in sprinkles, maple syrup and chocolate sauce.

Experiencing new things and learning about our Scottish heritage, today was another highly successful Flora MacDonald Day! The girls thoroughly enjoyed themselves and being able to take home their crafted goodies. 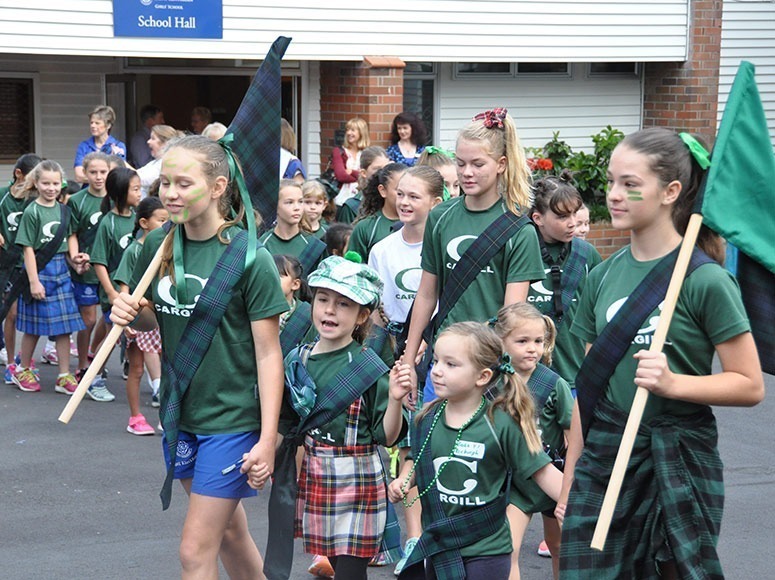 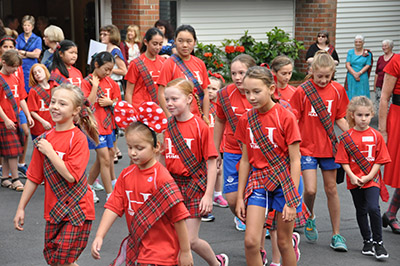 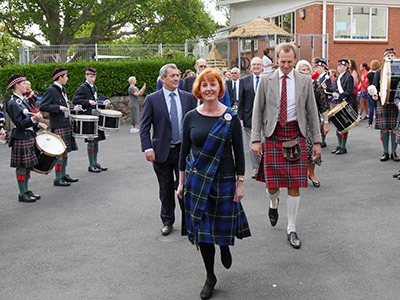 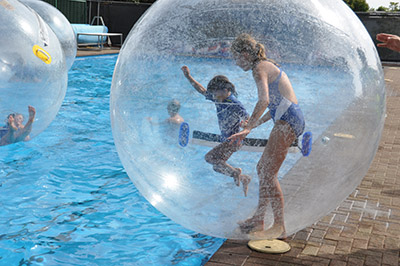 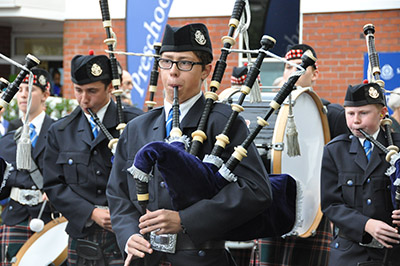 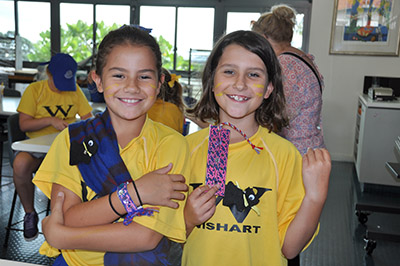